When we arrived back in Hong Kong we ended up in probably my favorite hotel of the whole trip (the room came with a cell phone with free data you could use while you were in Hong Kong - how cool is that?) and like everywhere else we stayed there was an incredible city view! 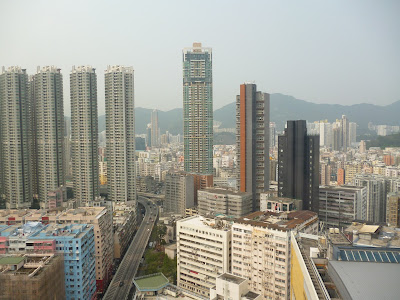 We decided that when we arrived back in Hong Kong we wanted to check out some of the famous markets that we hadn't visited in the past, especially the flower and goldfish market.

As with everything else in Hong Kong it was a bit of an adventure finding the markets - so much happening, so busy (especially when I compare it to quiet Wellington!). 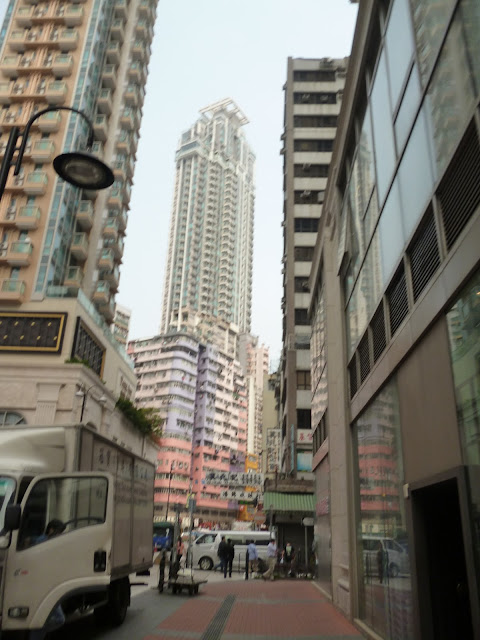 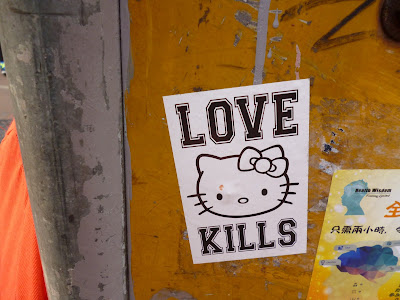 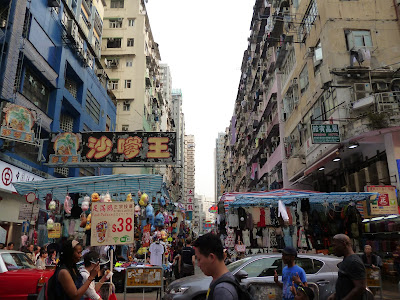 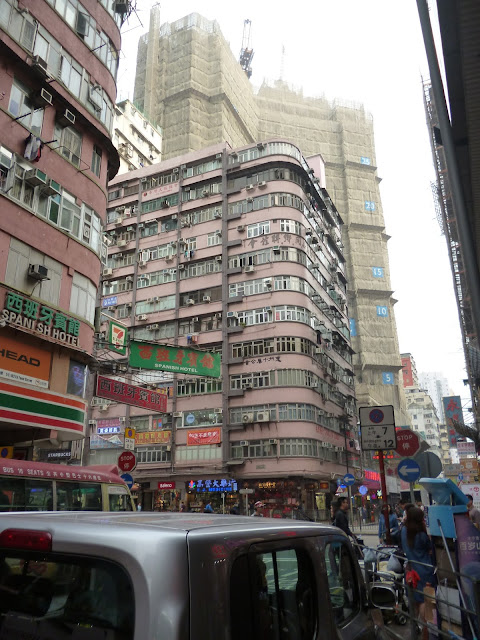 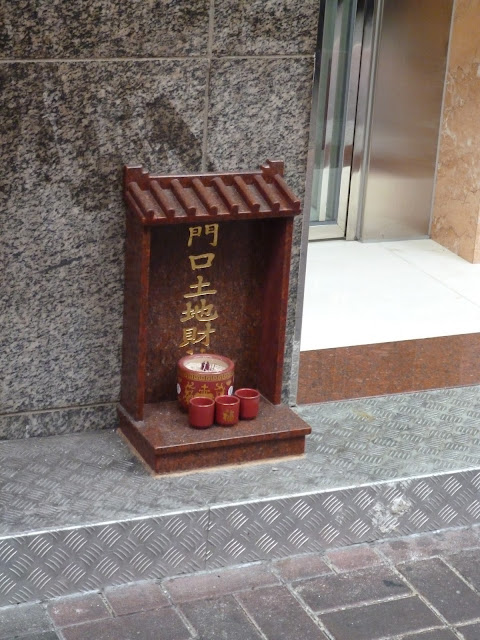 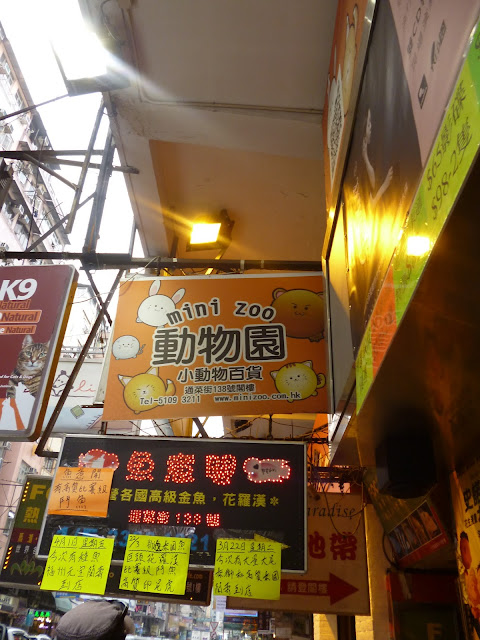 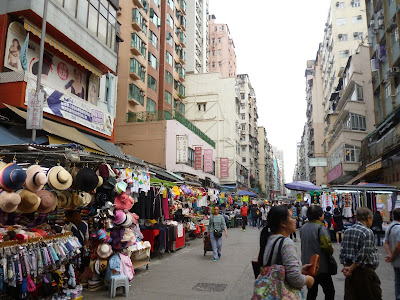 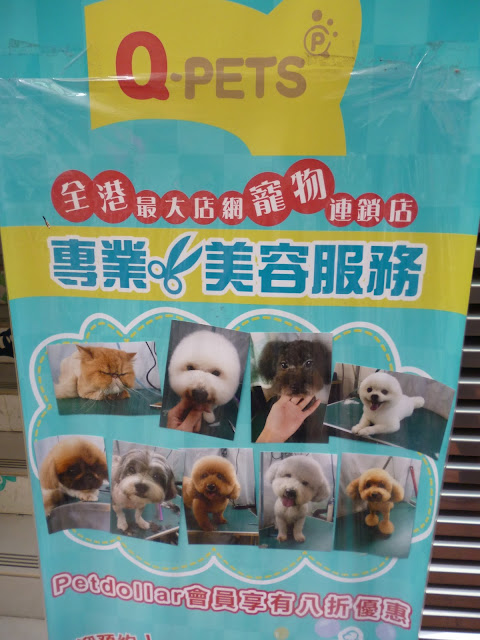 We arrived at the flower market first, which is so huge and is honestly like an inner city oasis. If I even live in Hong Kong I want to live near the flower markets because the air here feels fresher than the rest of the city. 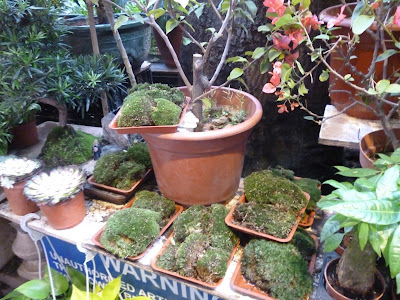 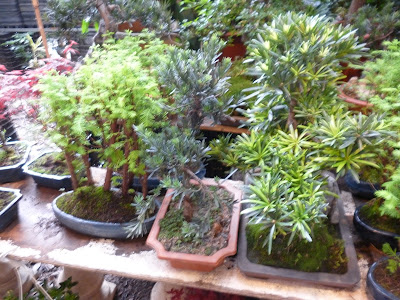 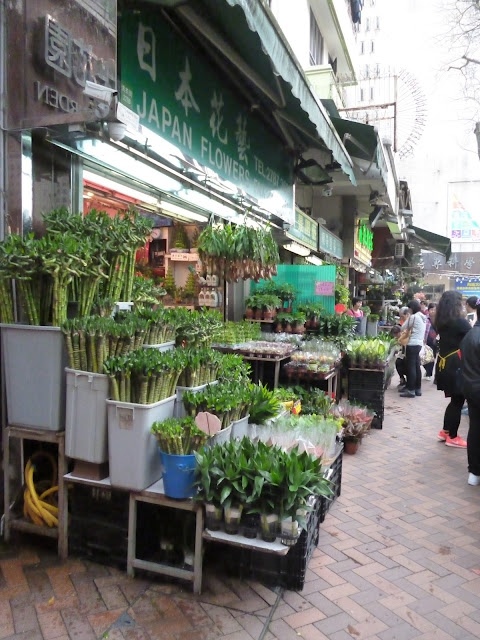 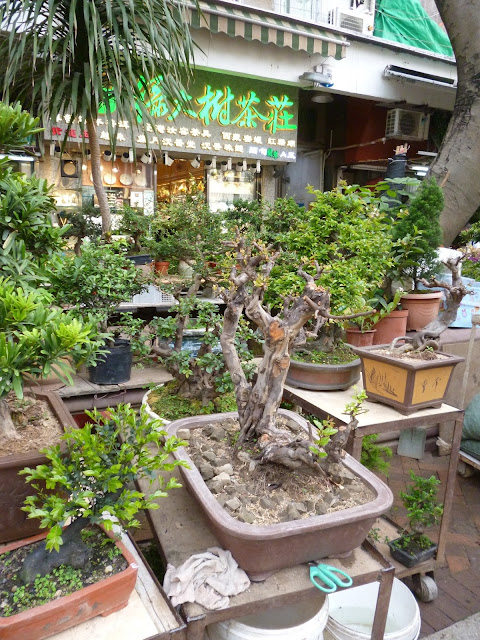 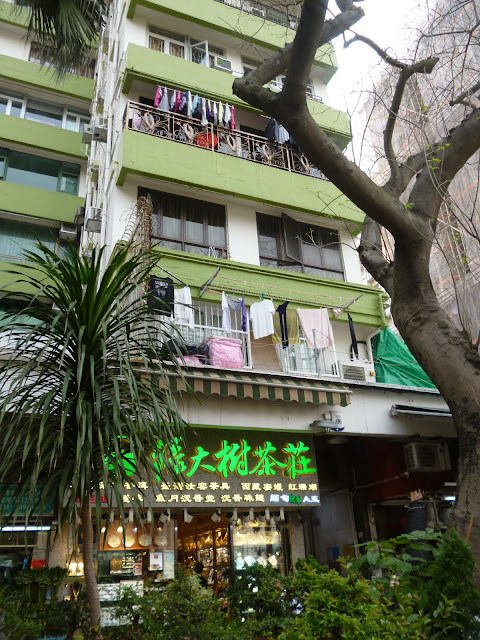 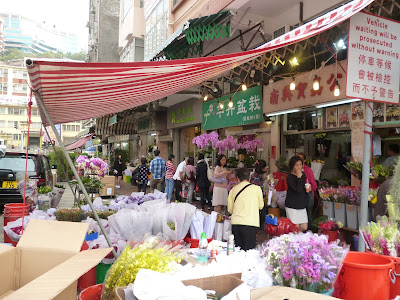 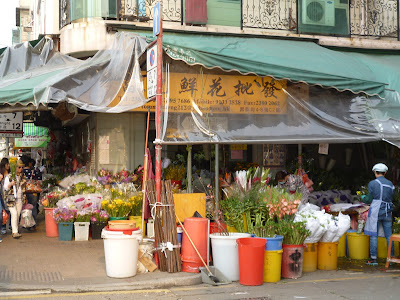 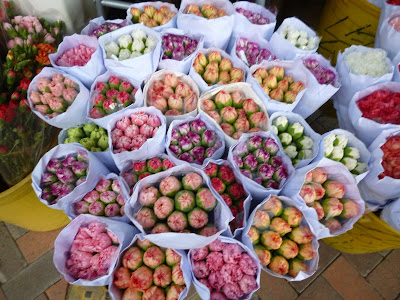 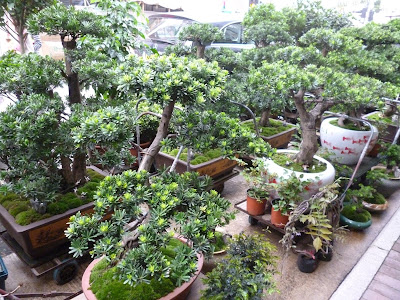 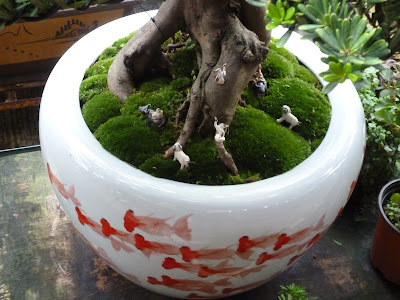 My favourite plants were the bonsai, I would have loved to have taken one home but with New Zealand's customs that could never happen so I just admired them. The bonsai with this thick moss and wee plastic animals was so cute.

I have to admit I didn't enjoy the goldfish market as much as I thought I would, at lot of the goldfish we in plastic bags rather than tanks and some of them were dead in their bags. It didn't seem to be the best way to keep animals to me and it kind of made me sad. Also at the market there were lots of other animals such as cats, dogs and rabbits. There were windows with these animals on display for purchase, but they didn't look like they really had enough space and I also thought who in Hong Kong has enough room in their apartments for these kinds of animals anyway. The whole thing bummed me out, so that's kind of why there's not photos of the markets. 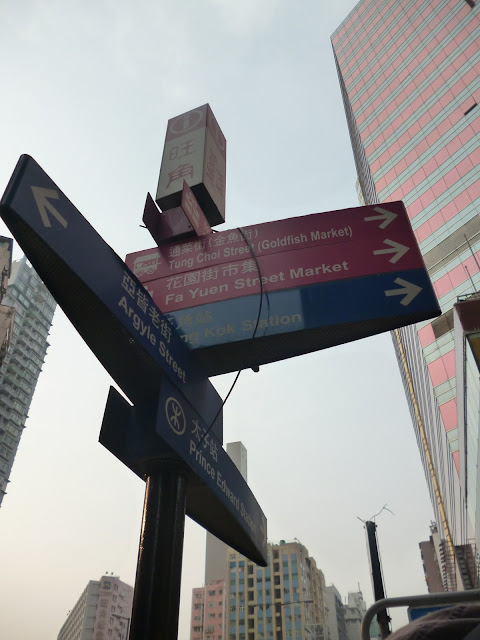 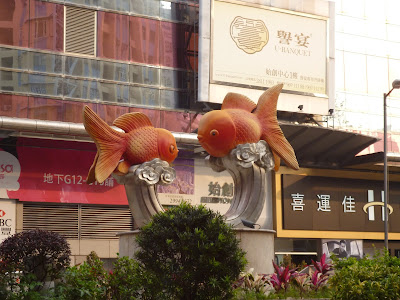 After the kind of feeling bummed out by the market situation, Rich and I decided we needed to stop for a drink or something and we found this cute rabbit themed cafe that made me feel a lot better. 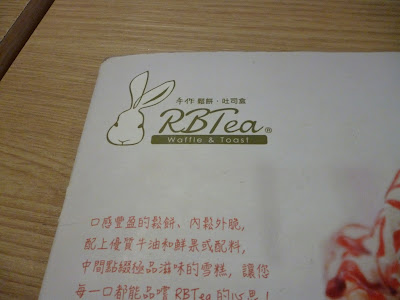 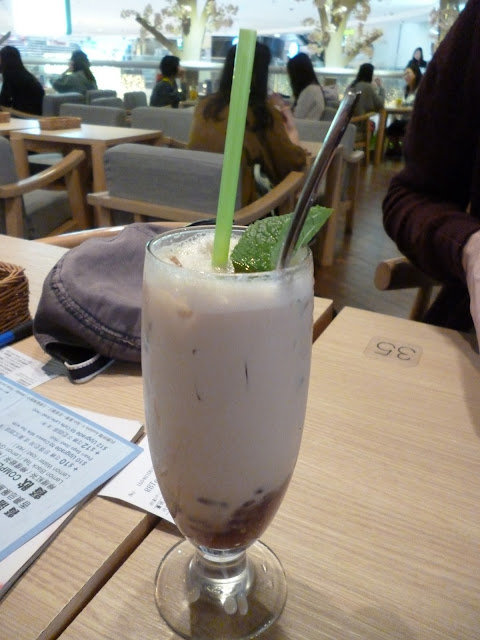 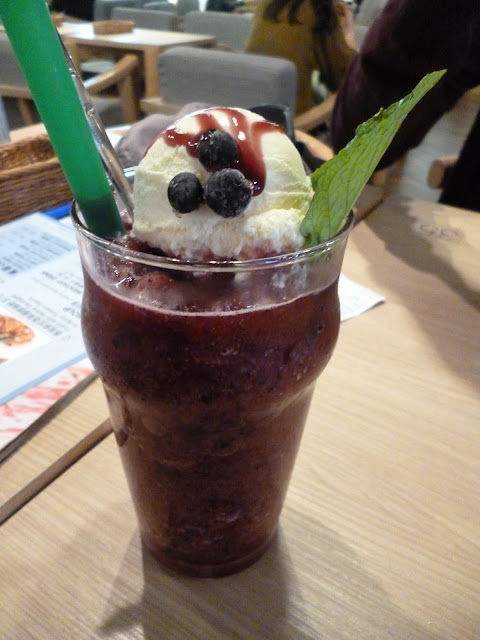 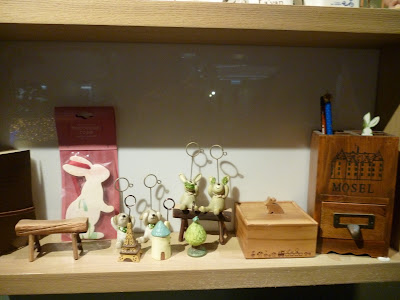 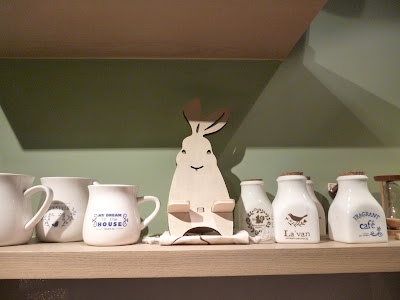 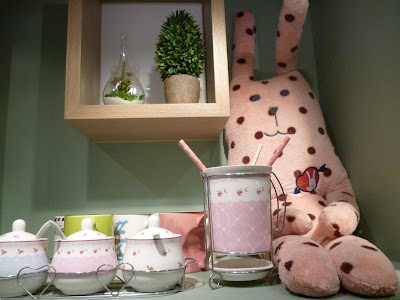 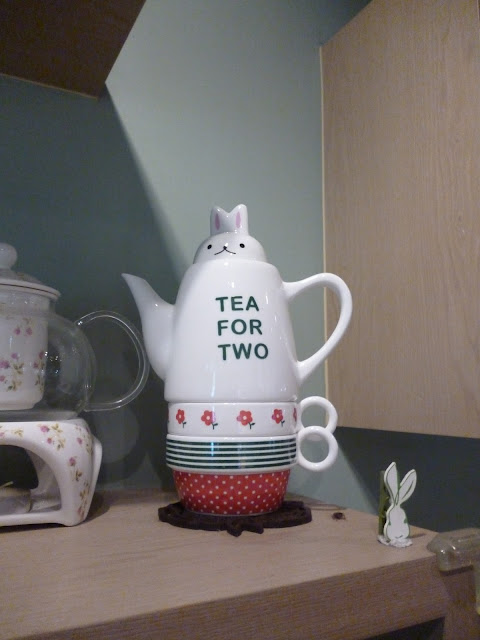 We didn't do anything too exciting after having our fancy drinks at the rabbit themed cafe, we did a bit of shopping (I was able to pick up some of my favorite Korean cosmetics) and we also had the chance to catch up with Lillian one more time after she finished up at work for the day. 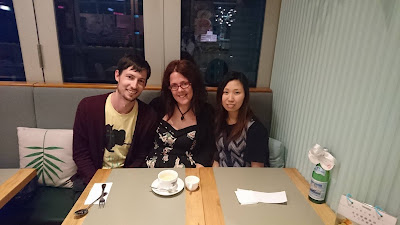 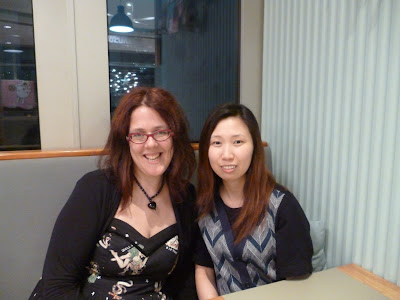 I'd love to visit Hong Kong one day. I think my Dad even lived there for a while when he was a kid, but I've yet to make it to Asia myself. Everything looks so interesting. The flower markets look so pretty, but I think I would've been bummed out by the fish market, too. I hate that so many people treat animals like they don't matter, and that they're just 'stock' instead of living things. It's so cruel and unnecessary. Fish get stressed so easily and there isn't even room for much oxygen in those plastic bags, a few hours, tops, so they must lose so many. It makes me sad that people think it's alright to keep them like that. Hopefully all of those poor puppies, kittens, and bunnies will at least go on to good homes, and happy lives, away from those awful cramped cages. xx

Wow Hong Kong looks amazing! The flower market looks beautiful, it's a shame you couldn't take one of the Bonsai trees back with you, damn custom rules. It sounds really sad about the goldfish market with them and all the other animals in those conditions I'd be sad too. I love the idea of a rabbit themed cafe though, those drinks look delicious! Sounds like you had a brilliant time. XxxX

It does look so nice! I'd love to see it myself!