Last Wednesday, Rich and I decided to check out the Taipei Museum of modern art. The museum is pretty amazing, but the exhibition they had on didn't appeal to me too much. Mostly because it was the art surrounding video games such as World of Warcraft and Diablo and I am not much of a gamer. Although certain parts of the Diablo display were kind of interesting as they were horror themed and I am a big horror fan.

I have only been in Taipei for a little while, but so far I am pretty impressed by the art around the city.

These photo's are taken at the station near the modern art museum and as you can see it's a pretty amazing subway station. 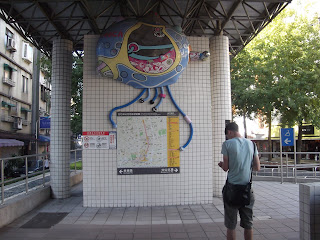 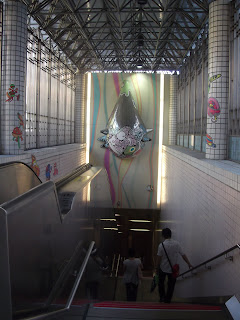 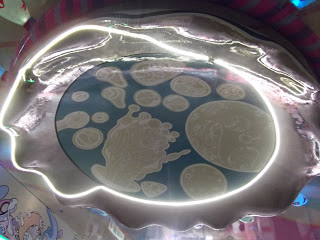 Also near the museum are a lot of outdoor mosaic sculptures - my favourite would have to be the rabbits. 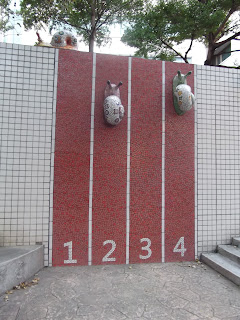 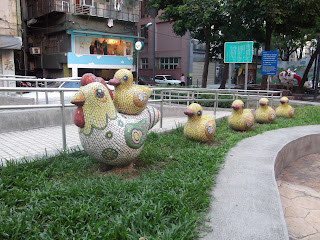 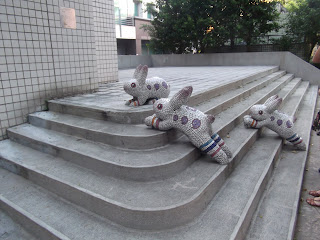 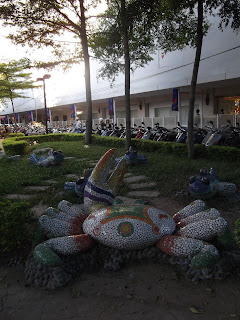 My favourite would be the rabbits too, they're so cute!