There has been a Chinese war ship in Wellington harbour for the last few days - due to the fact the Chinese and New Zealand army have been doing some sort of military exercises together.
Anyway - on Sunday the war ship had an open day - and Rich and I couldn't resist the chance to go and have a look around, because it's not everyday you get to have a look around a Chinese war ship!
We did take a few photos - not as many as I would have liked too becuase my camera batteries died:( But it does give you an idea of just how impressive this ship was - in guns and in general size. 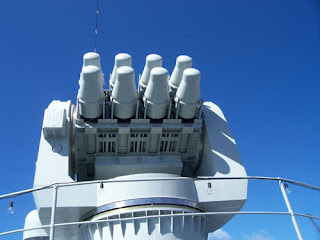 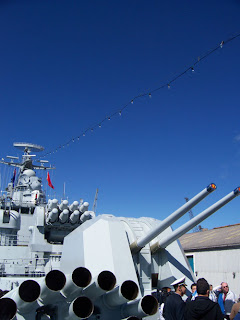 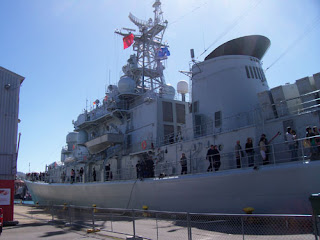