Being the rugby mad nation that NZ is - there has been much wailing and nashing of teeth since the All Blacks lost to France over the weekend.

I don't really care much for Rugby so it doesn't really effect my little world too much - apart from the fact it was all anybody could talk about on Monday - we even discussed it in my Te Reo class!!

Anyways since the said loss I have recieved a few jokes and forwards from friends about the All Blacks - some I have to say I don't even really understand because I'm not really interested in Rugby so many of the jokes go totally over my head.

However, yesterday Conor sent me this - which is the funniest thing I've seen in ages - the e-mail was headed "Help in on the way for the All Blacks" nice! 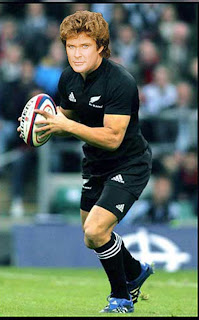