I'm sorry my northern hemisphere friends have to hear this, because it seems like you guys are having a pretty average spring, but.....our autumn down here has been freaking amazing. I think its the best autumn I've had since I've lived in Wellington. It's cooler and the days are shorter but we seem to have had sunny day after sunny day and so many blue skies! Normally this time I year I need to wear my woolen coat EVERYWHERE! But I haven't been wearing it to work at ALL this week - where do I even LIVE now? 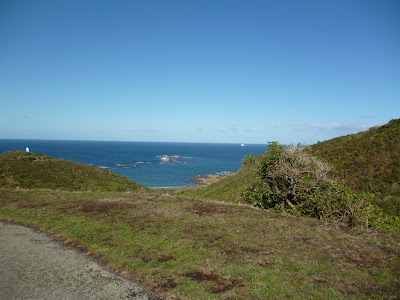 Last weekend was ANZAC weekend, for those of you not from my part of the world ANZAC stand for Australian New Zealand Army Corps and ANZAC day is in remembrance of all our service men and woman killed in combat and also recognises those currently serving and those who did return.

ANZAC day is always held on the 25 April as its the day the ANZAC troops landed on the Gallipoli Peninsular in 1915.

Given that it was ANZAC weekend Rich and I thought it was finally time we visited the Ataturk Memorial on the South Coast of Wellington. 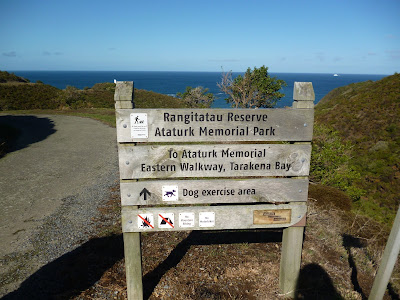 Sometimes I am still amazing at just how ridiculously stunning country can be - even though I'm a New Zealander and have now been a Wellingtonian for over ten years. I mean look at this place! 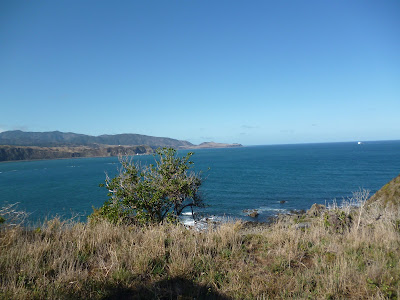 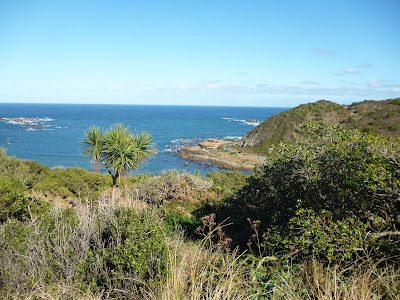 The Ataturk Memorial is to Mustafa Kemal Ataturk who was the first leader of the Republic of Turkey. 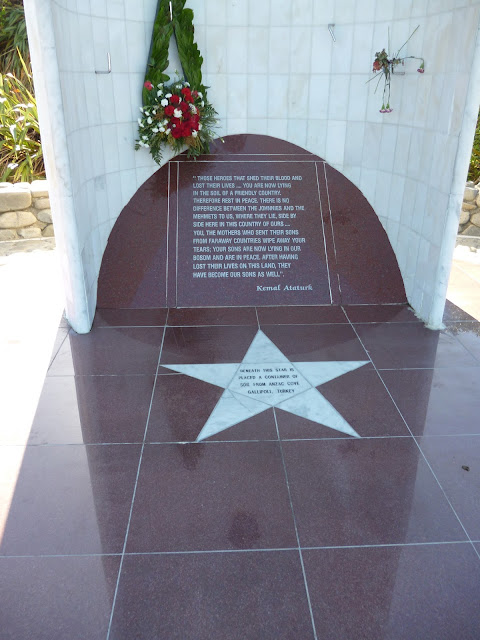 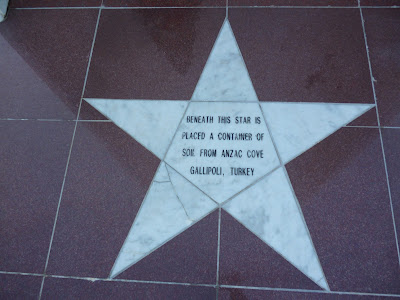 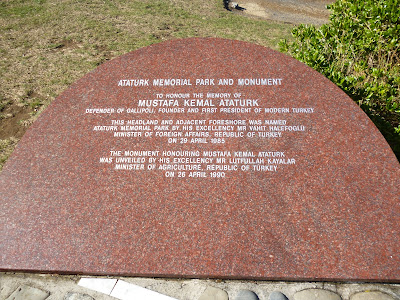 The spot was chosen for the memorial due to the fact its very similar to to Gallipoli Peninsular - well that's what I read on the NZ History website and it's pretty authoritative on such things. 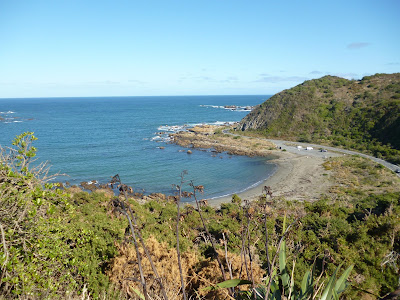 After looking at the memorial, we decided to walk to Lyall Bay and then catch the bus home from there. Sometimes in Wellington when you're out and about you see signs like this, it makes sense when you live in a place with fairly regular earthquakes I suppose? It's one of many reasons why I enjoy visiting the coast, but would never want to live too close to the sea! 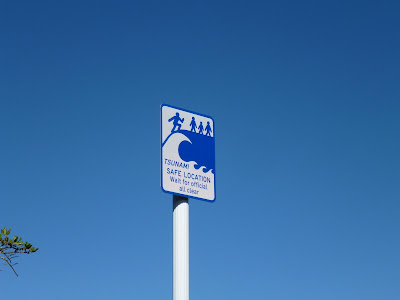 There are little blue penguins along this coast line, I've never seen them in Wellington (I have seen them when we visited Oamaru though) but I have heard them when walking the evenings a few times. 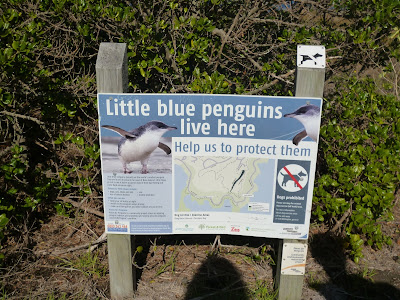 The scenery on the way Lyall Bay is pretty rocky and rugged - these are the kind of beaches I really love. Pretty white sand beaches never really feel like home to me. 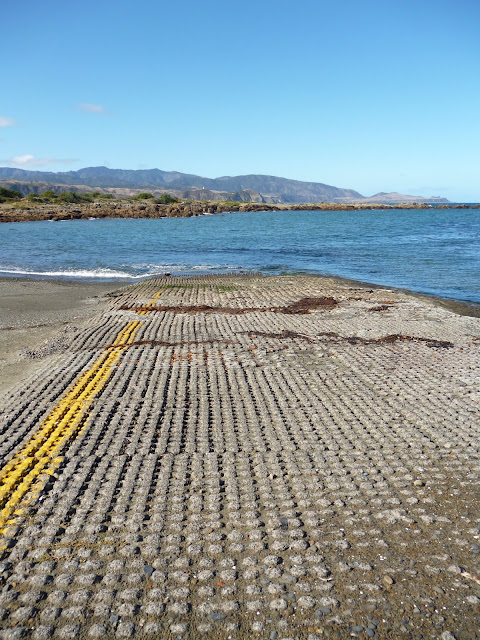 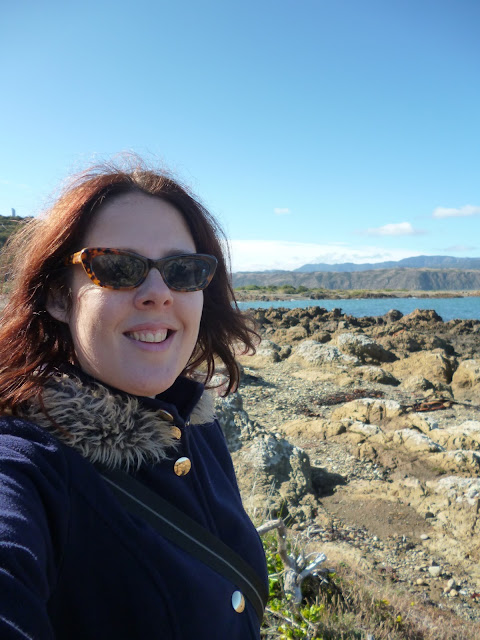 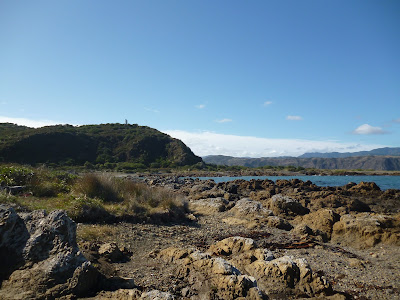 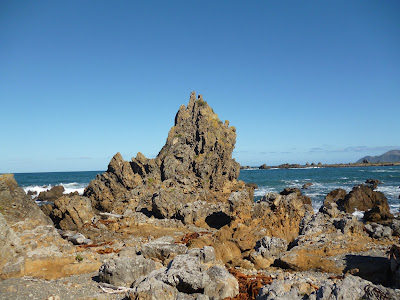 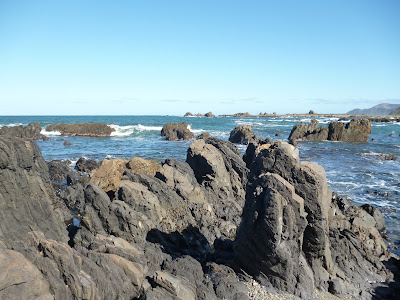 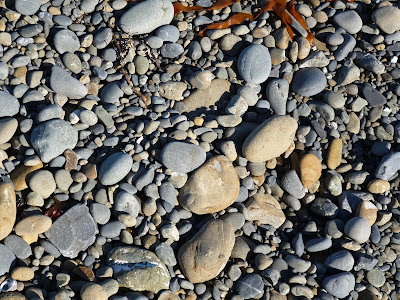 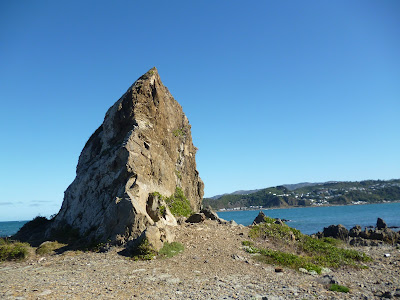 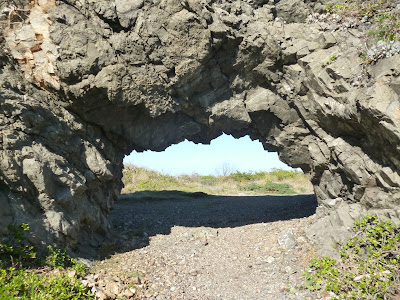 I wanted to finish off with this sculpture - any guesses as to what it's called? I'd love to know if you guys can work it out. 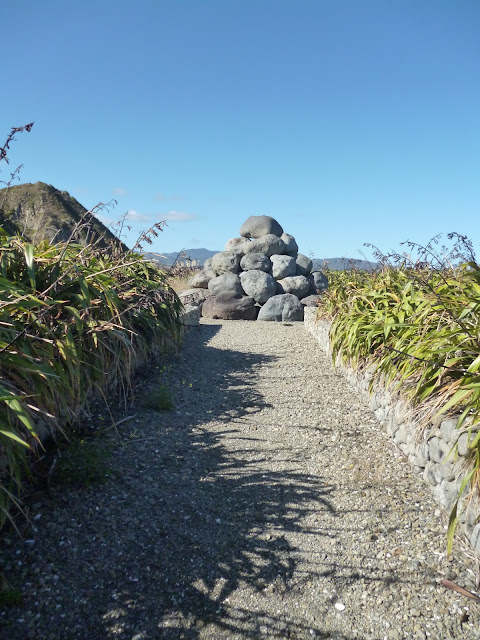 If you guesses "doo doo" or something similar you're right!  I guess its easier to guess if you've had pet sheep or goats (or grown up on a sheep or goat farm!). 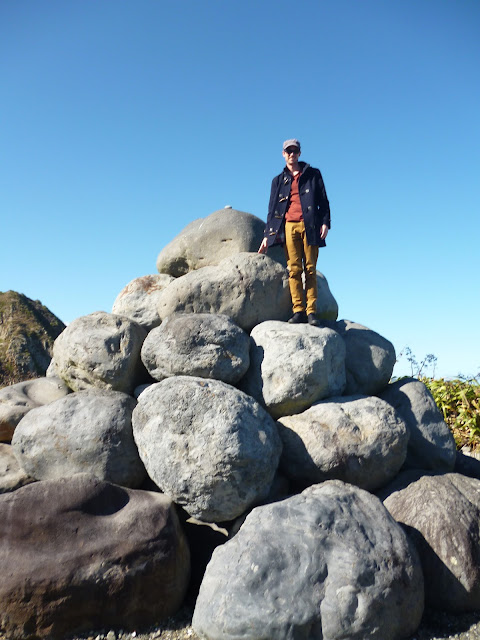 New Zealand really does look like a gorgeous country, especially on the coast. You really are lucky to live somewhere so beautiful. Although I'm glad I don't really have to worry about bad earthquakes or tsunamis over here; the thought that either could happen at any time would terrify me. (I've probably just jinxed us now! Haha!) I am jealous that you have wild penguins, though (so cool!), and are having a warm Autumn. It's Spring here and it's been abnormally cold for most of it so far. Some places even had snow last week. We had a few crazy heavy hail showers that were so heavy the ground looked like it has an inch of snow in minutes! I've never seen anything like it. Usually by now we'd have a lot of warm days, and maybe a few close to 30'c, but it's been getting down to freezing a lot. I think we've stolen each other's weather! Haha! Can we have it back now?? xx

Big pile of poo????? That's what doo-doo makes me think of!!!!
WHAT a beautiful place to visit! It looks frankly stunning!!!!!
xx