This is a dress I originally made for one of our Lovely Club meet ups that took place at Wellington Museum of City and Sea - the theme was nautical so obviously I made it from nautical themed fabric. I bought the fabric from The Fabric Store and although it has the standard nautical motif of an anchor I think its a little different to the standard nautical fabric you can buy (you can see a better photo of the fabric in the last picture of this post).

The pattern I chose to use was the Arum dress from French pattern company Deer & Doe,  I'm not going to lie guys this dress caused me ALL kinds of drama. The main problem was the GAPE! SO MUCH GAPE! I had to take the dress in a bunch to make it fit right and to be honest next time I make this dress I think I'm just going to go down a size.

I guess that's the problem with the shift type dresses, they are meant to be worn looser, but how loose is a matter of personal choice and perhaps I prefer my dresses to me a little more close fitting than most. However, the gape around the neckline was an almost disaster which resulted in nearly tears and much support required from Rich and my sewing friends (Ria, Emma, Jo, Joy and Shell) but I managed to come through the other side. 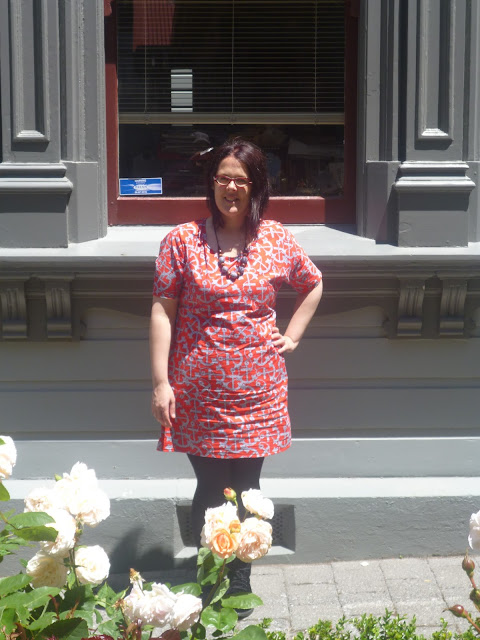 I have to admit when I first finished up this dress I was still not a fan, but I wore it to our Lovely Club meet up and I've worn it a few times since and its really grown on me. 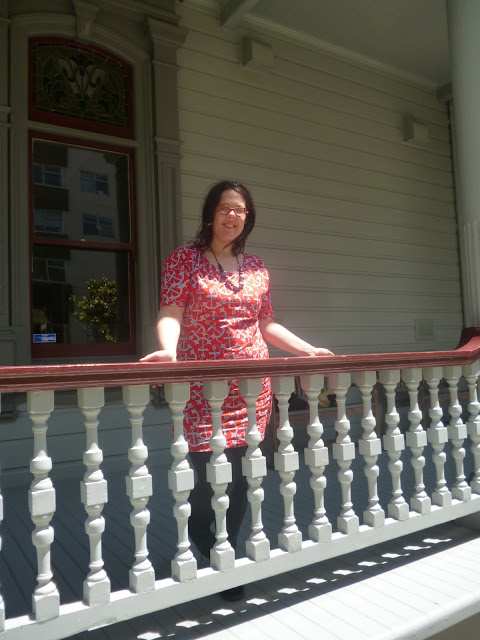 It also may have helped that I wore this dress to work and a bunch of people told me how great this dress was. Including a lady in one of the lifts who I don't know as she works in a totally different building (I work for a large government department and National Office is spread over three buildings) who told me how great it was and when I told her I made it myself she asked if I could make her something. I obviously don't make stuff for random people because I  feel like I  have zero time to sew for myself and friends/family as it is. Still its nice to be asked right? 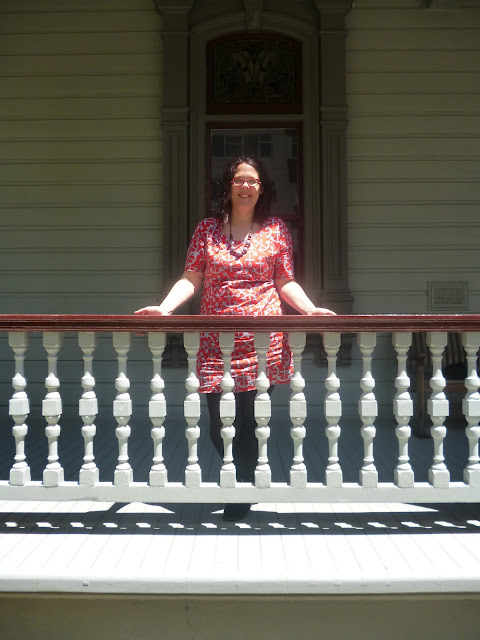 This skirt is a little crinkled in these photos as they were taken after Rich and I had been having a picnic at Atrim House and I'd been sitting down for a while. As nice as our courtyard is it was good to take some outfit photos somewhere a bit fancier! 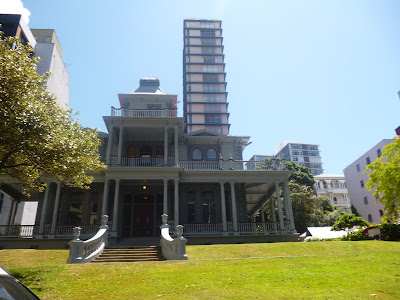 Atrim House is currently the offices of Heritage New Zealand, but it was originally the home of Robert Hannah and his wife Hannah (I guess she must have been Hannah Hannah which seems pretty unfortunate). If you live in New Zealand you've probably bought something from the company that Mr Hannah founded at least once, I think I got all of my school shoes from Hannahs and many other pairs shoes as well including my first pair of knee high boots. 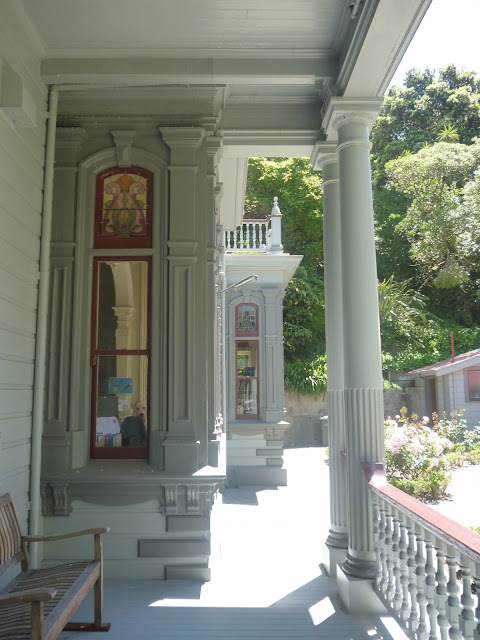 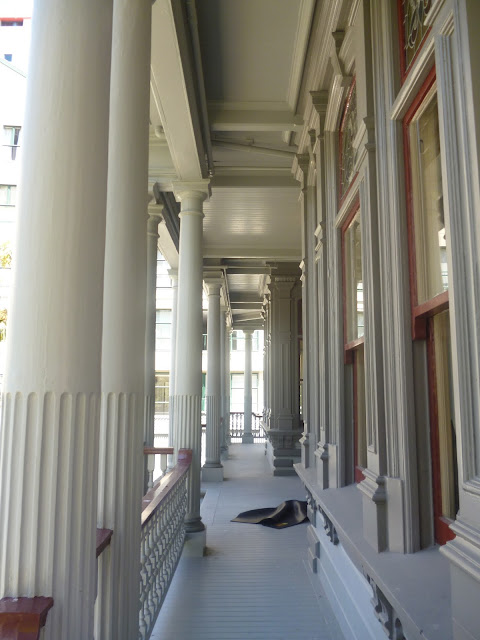 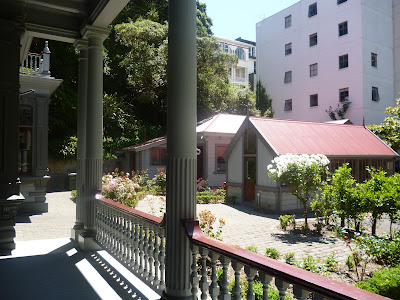 This building has also been used as a hotel and a public servant hostel - I think its pretty great that even though its used as offices the public is welcome to spend time in the grounds and apparently you can visit the front rooms on weekdays. I'm normally working at the time its open to the public, but I hope at some point I will be free to look at the inside. Until then I will just enjoy the exterior and the pretty gardens. 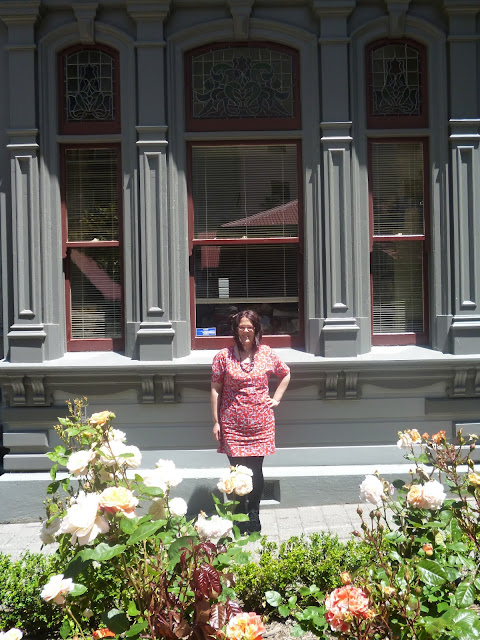 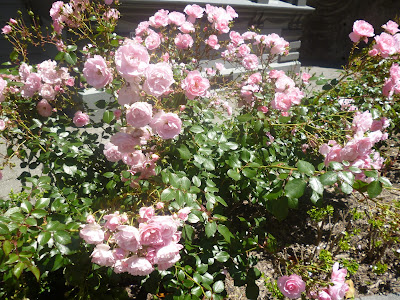 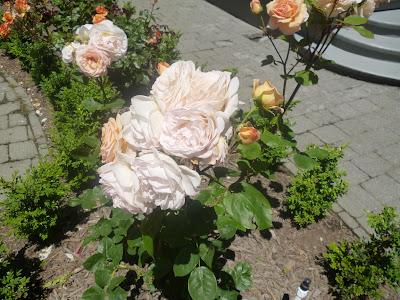 It was a lot of fun taking these photos at a more "exotic" location, I think I will try and do it more in the future (as long as my photographer aka Rich) is willing.

As for the Lovely Club meet up? It was a smaller crowd than usual - but we had a blast at the museum and here's some suitably ridiculous photos, because that's how we roll (ok they aren't ALL ridiculous). 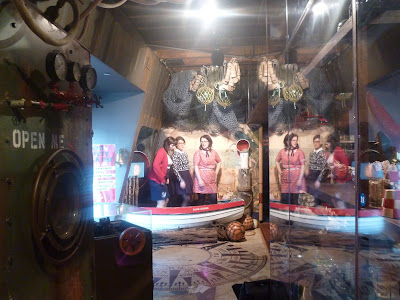 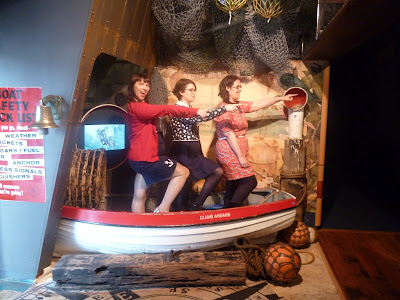 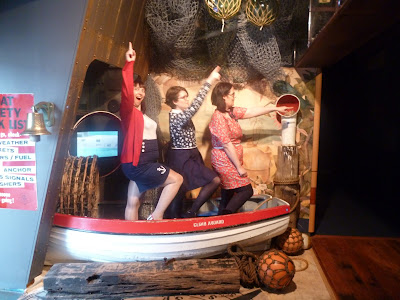 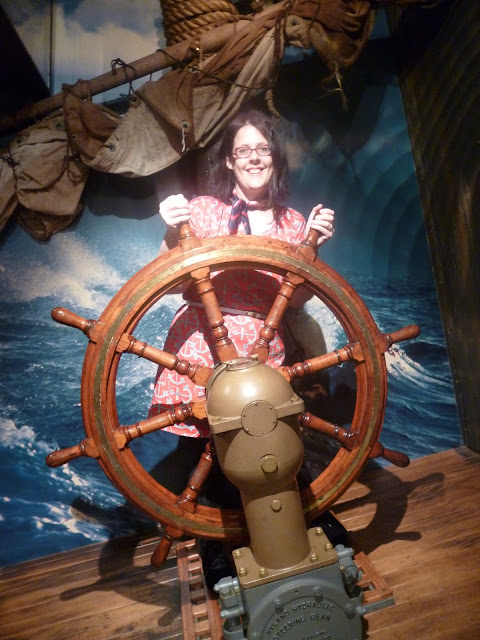 In this last one Joy and I are having a "Titanic" moment - just in case you were confused. 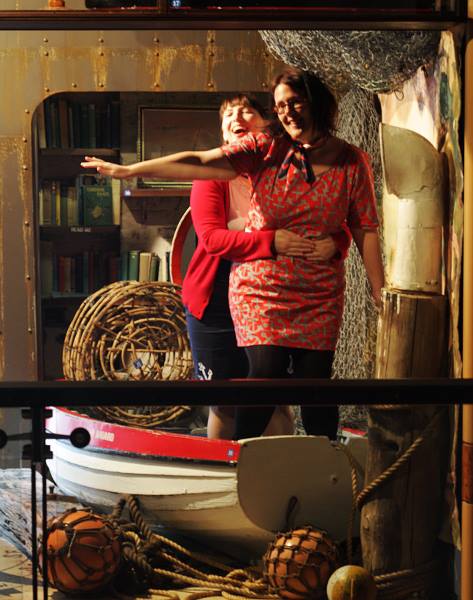 Finally, to finish off a selfie from Antrim House. I have been up to a couple of fun Christmas type things with my friends, so hopefully I can share these with you all before Christmas day but time is ticking by rather quickly! 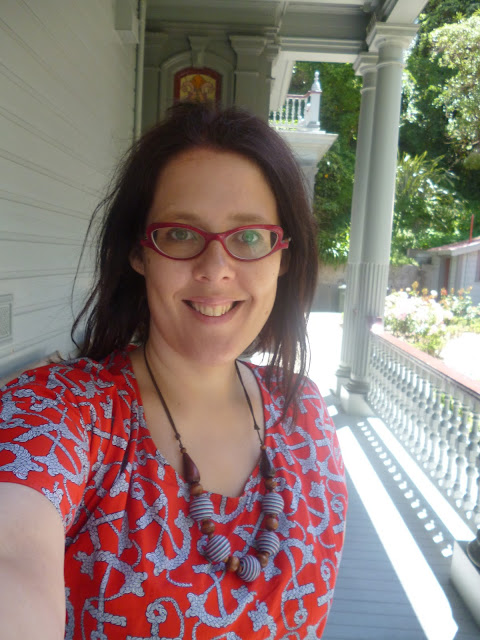 The dress is gorgeous, and it looks great on you! You're so good at dress-making that I bet you could make a fortune selling them on Etsy or something one day. It's a shame there aren't enough hours in the day! The building looks so beautiful. I've always wanted one of those big old houses with porches wrapped around the house (I think I've watched too many Nicholas Sparks movies!), but we don't really have them over here. Must be a cool place to work, though. xx