Something for the "kidlets"

Sometimes my brother texts me to tell me about how my niece and nephew are doing, he calls them the "kidlets" and I think that's kind of cute. I don't see my niece and nephew much and sometimes I struck by the urge to make something for them as I actually really like making kids clothes!

First up is this little dress I made for Sophiia, I got this vintage girls dress pattern in bulk lot of patterns - its a vintage girls dress and I LOVE the pattern envelope, I just think it looks so great. Look at the cute trim! The knee high socks! 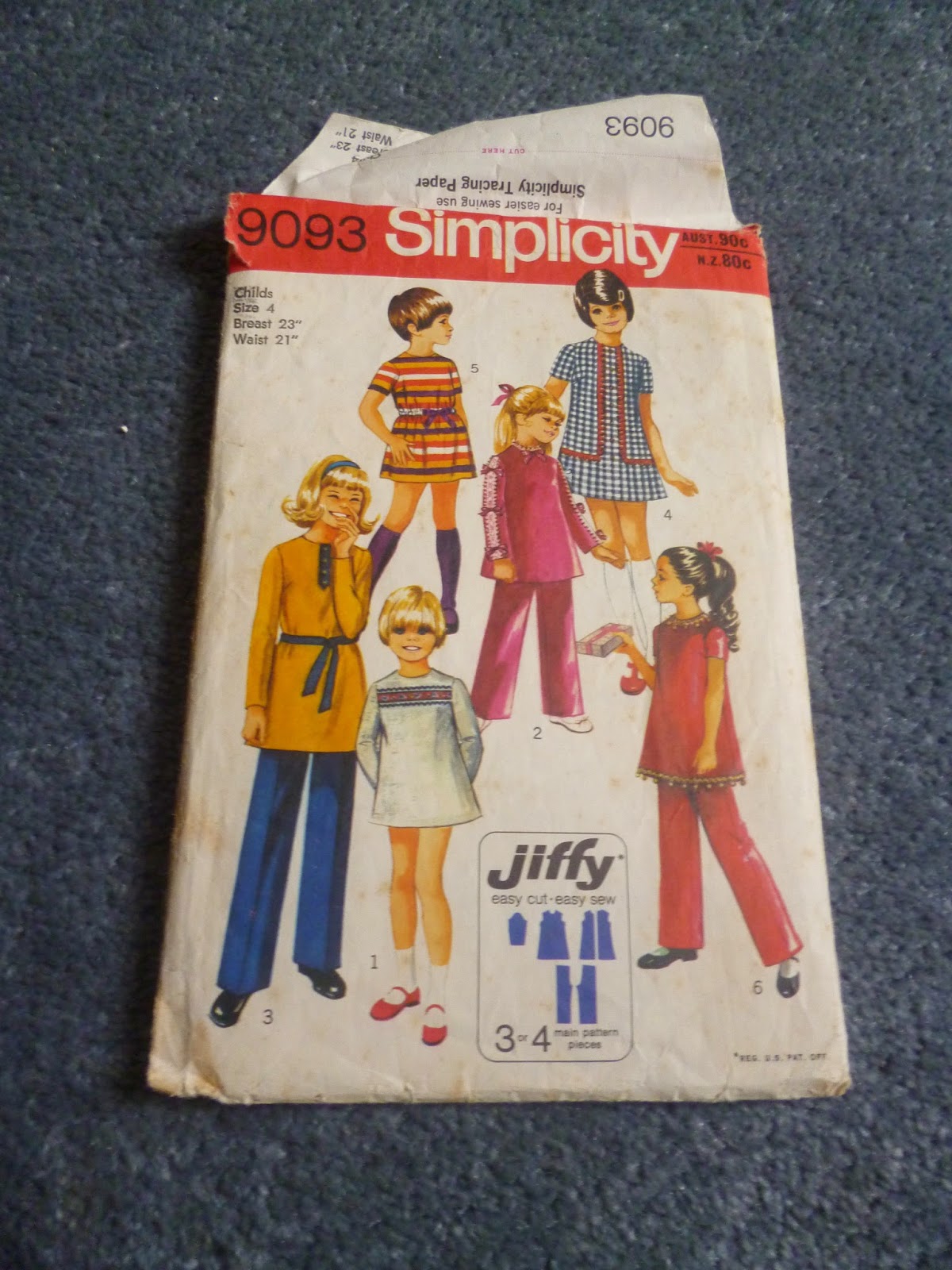 Seen as I was making a vintage dress, I figured I may as well see what I had in the way of vintage fabric. As Sophiia has become older she's become very much a "girly" girl - its all pink and princesses. I don't really have a lot of that stuff in my stash, but I did have this flowery purple fabric - its not quite pink, but I was hoping she's be happy to wear it. 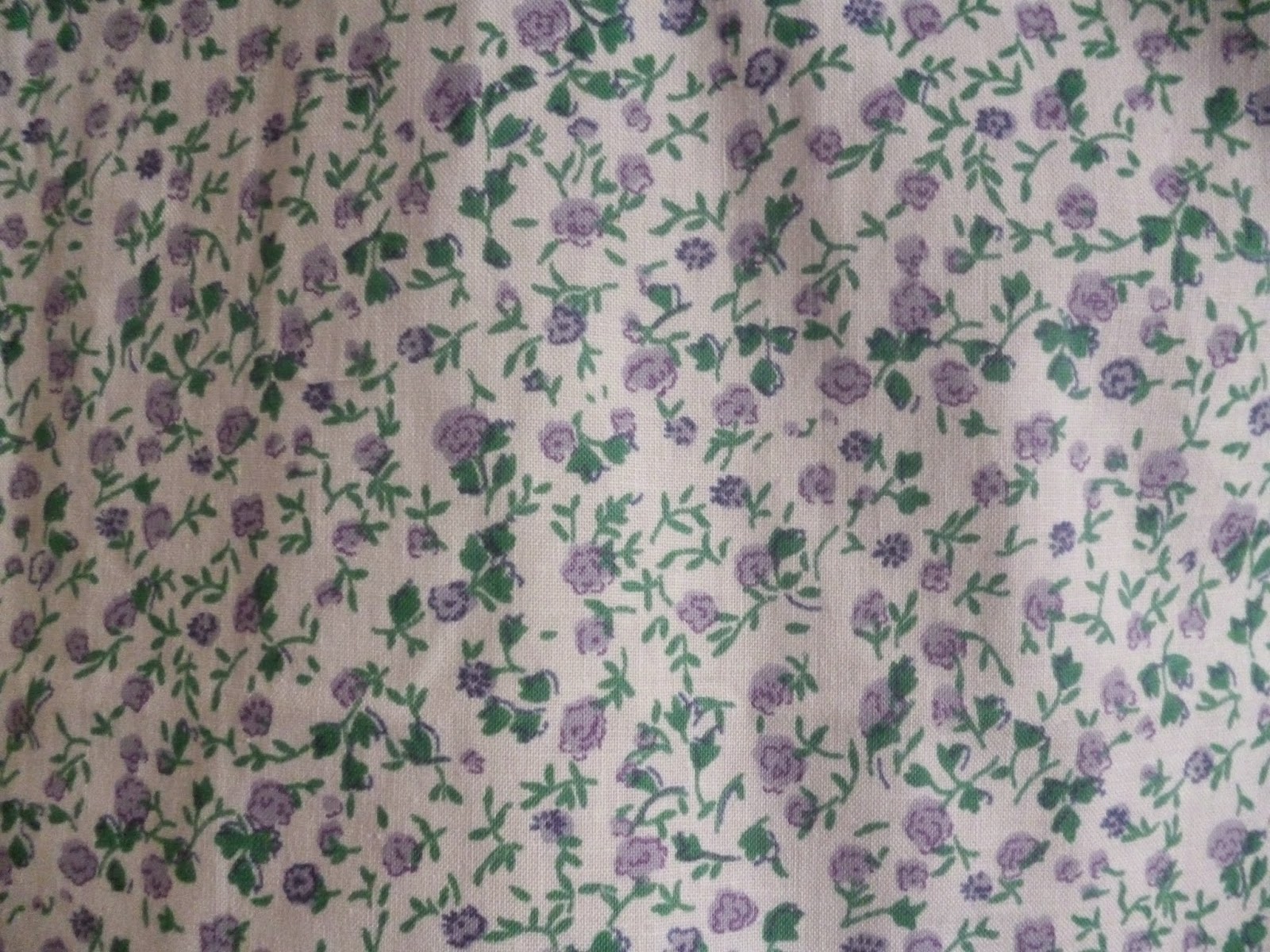 Here's the final dress - I decided to make version 4 on the pattern envelope, its the most simple version of the dress. But I figure Sophiia is only four, so she doesn't want to be wearing anything too fussy. 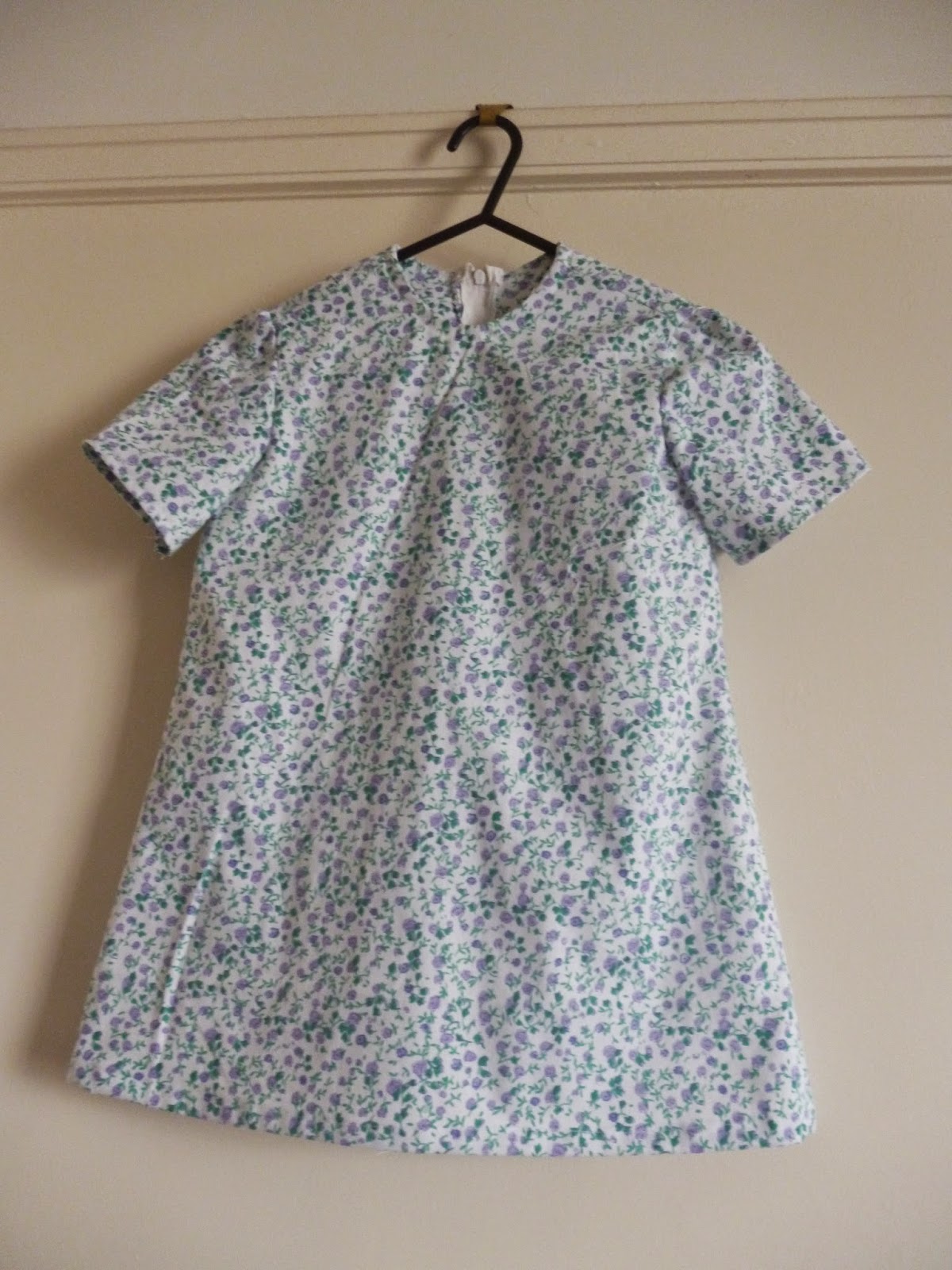 Here's a photo of Sophiia wearing her dress - she doesn't really like to smile in photos. Can you tell? Also this is a photo taken on my brother phone, so its kind of crap quality. 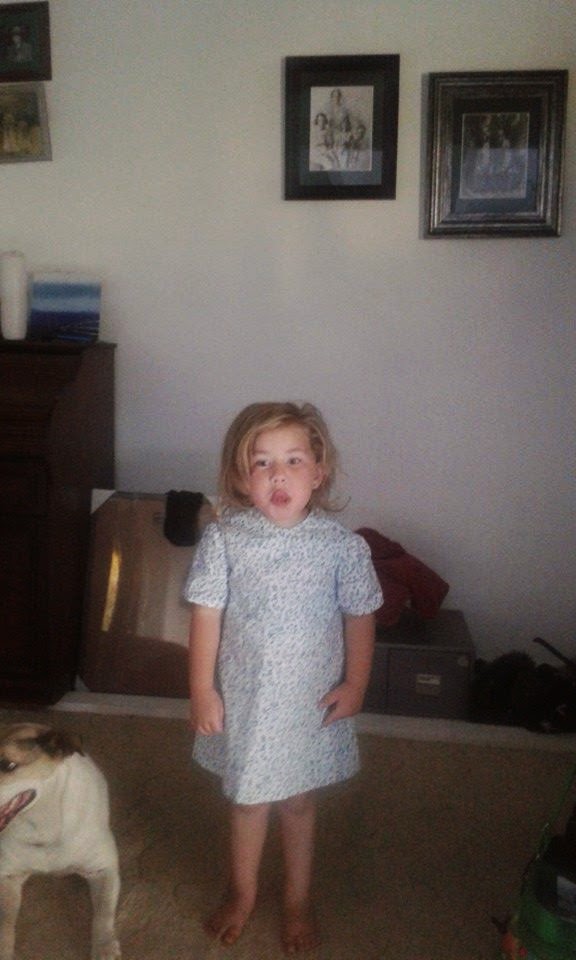 I decided to make my nephew Lukah a tee shirt, I really wanted a raglan tee but I didn't have one in my stash. But the op shopping gods were smiling upon me as the weekend I decided I wanted to make a boys raglan tee I  had to go to the salvation army to drop some stuff off we didn't need anymore and I found this in their sewing section. There's actually a lot in this pattern - men and boys tee shirts and track pants, a hat and for some weird reason a cushion (whatever). 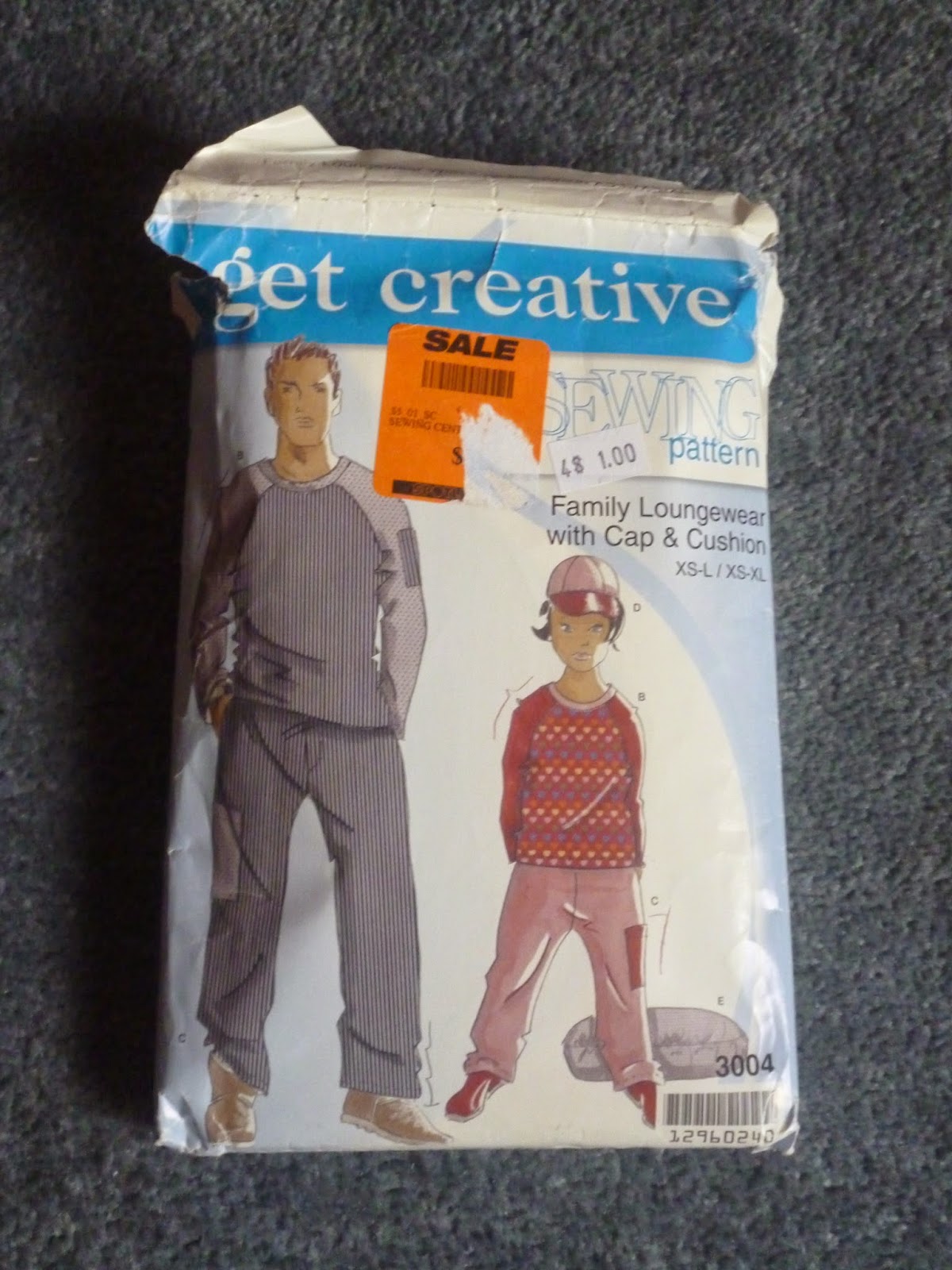 I had some fun space invaders fabric that my friend Jo had bought for me from Levana - thanks Jo! 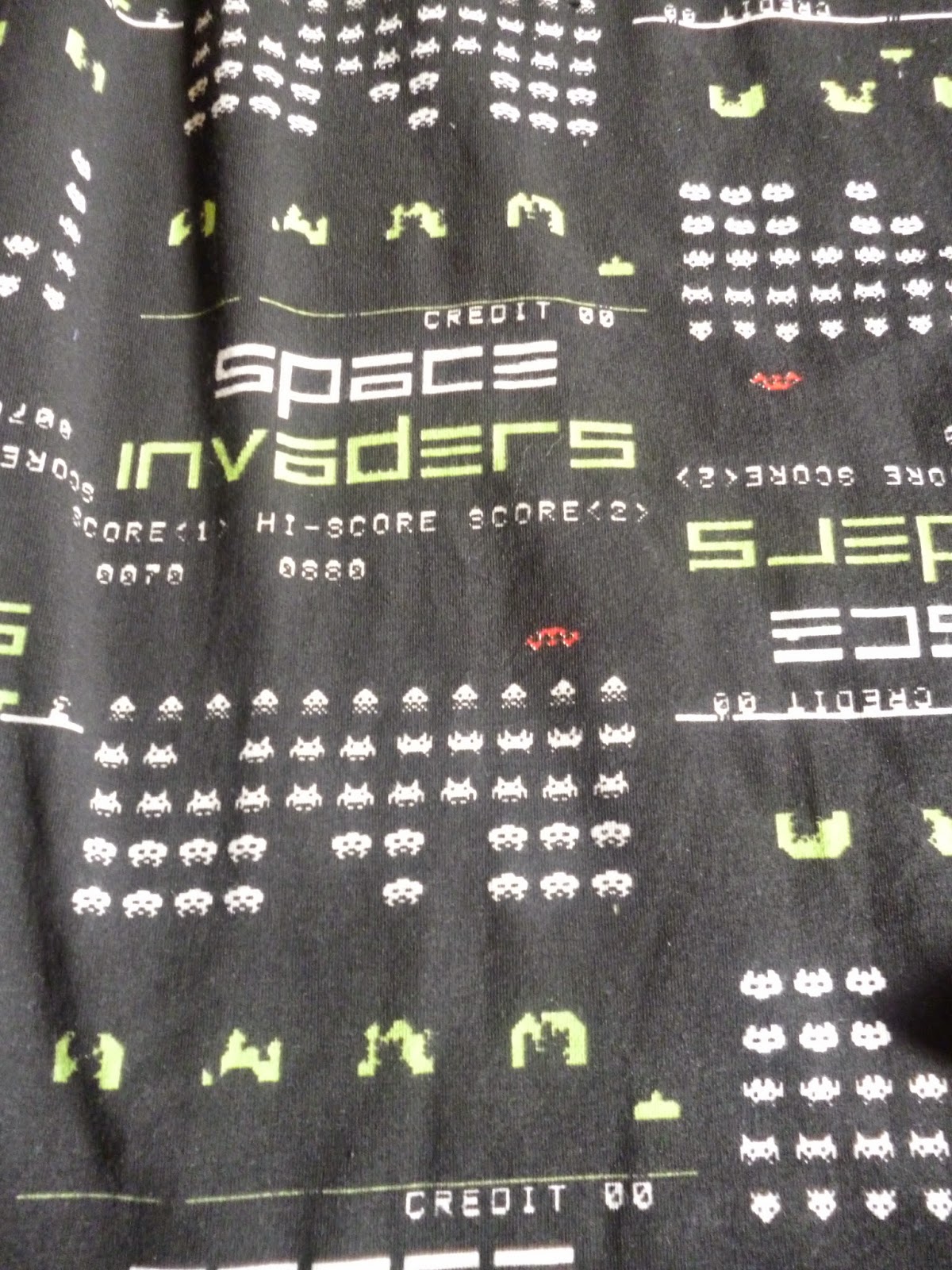 When I was making this tee shirt it occurred to me that Lukah would have NO IDEA what space invaders were, as he's only 8 years old and space invaders would seem like ancient technology to him. I just hope he liked the pattern! 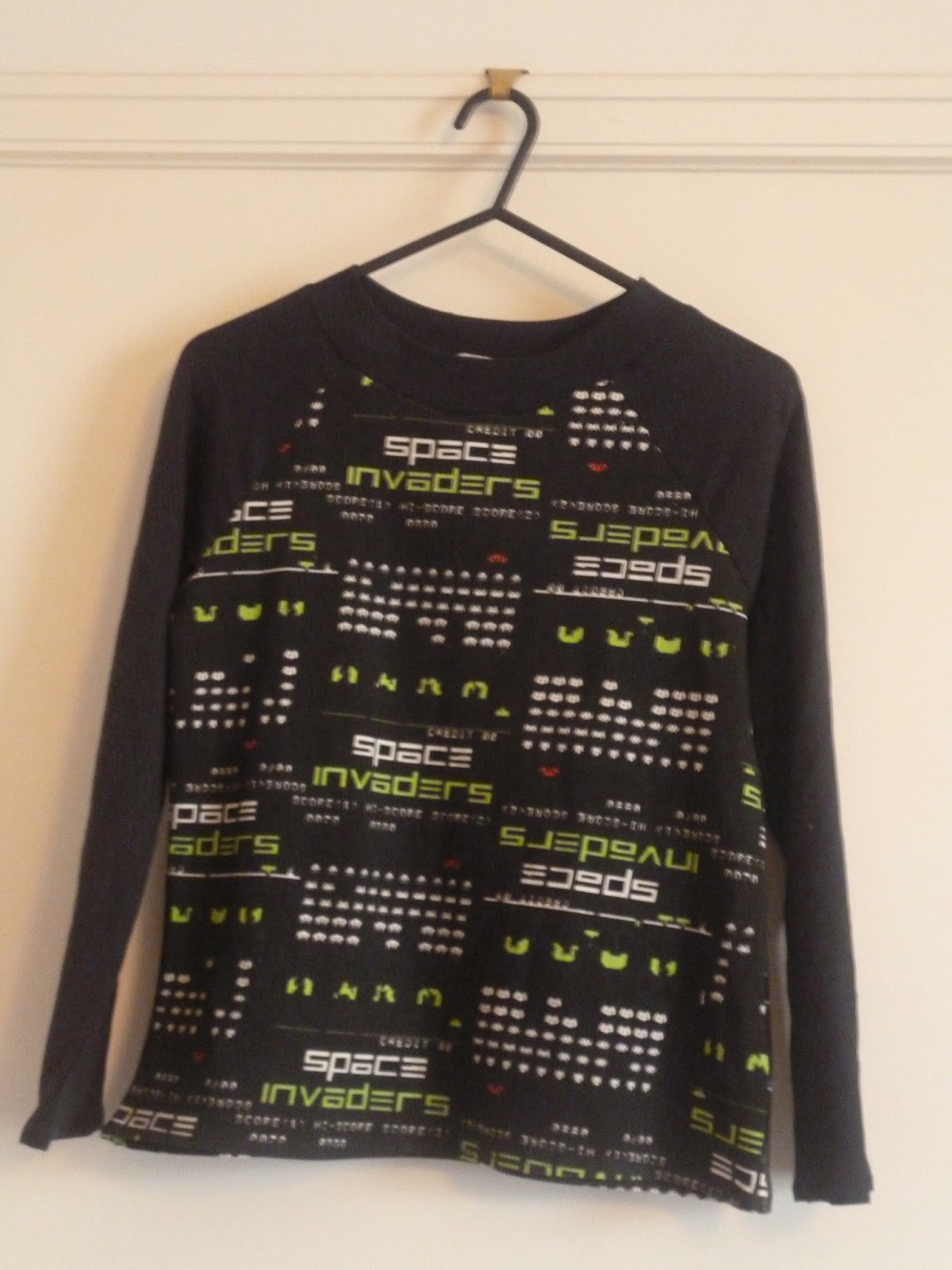 Here's the finished tee shirt - its not really sitting so well on the hanger but you guys get the picture right? Unfortunately my brother didn't send through a picture of Lukah wearing it so I don't have any "action" shots for you guys.

Hope you guys have a fun weekend - I'm going to be catching up with some friends and hopefully I will get to do some sewing too!
Posted by Trees at 6:18 pm

What a great Auntie you are, those creations are entirely fabulous! Sophiia looks so cute in her dress. x

Totally nothing to do with this post, but did I buy some of your fabric at the last Fabric-a-Brac?
http://juxtaposenz.blogspot.co.nz/2015/02/going-dotty-burda-7253-shortened.html