On the sixth day of our trip we were off to a slow start and it was sushi and fancy drinks for brunch before heading off to the Batu Caves. 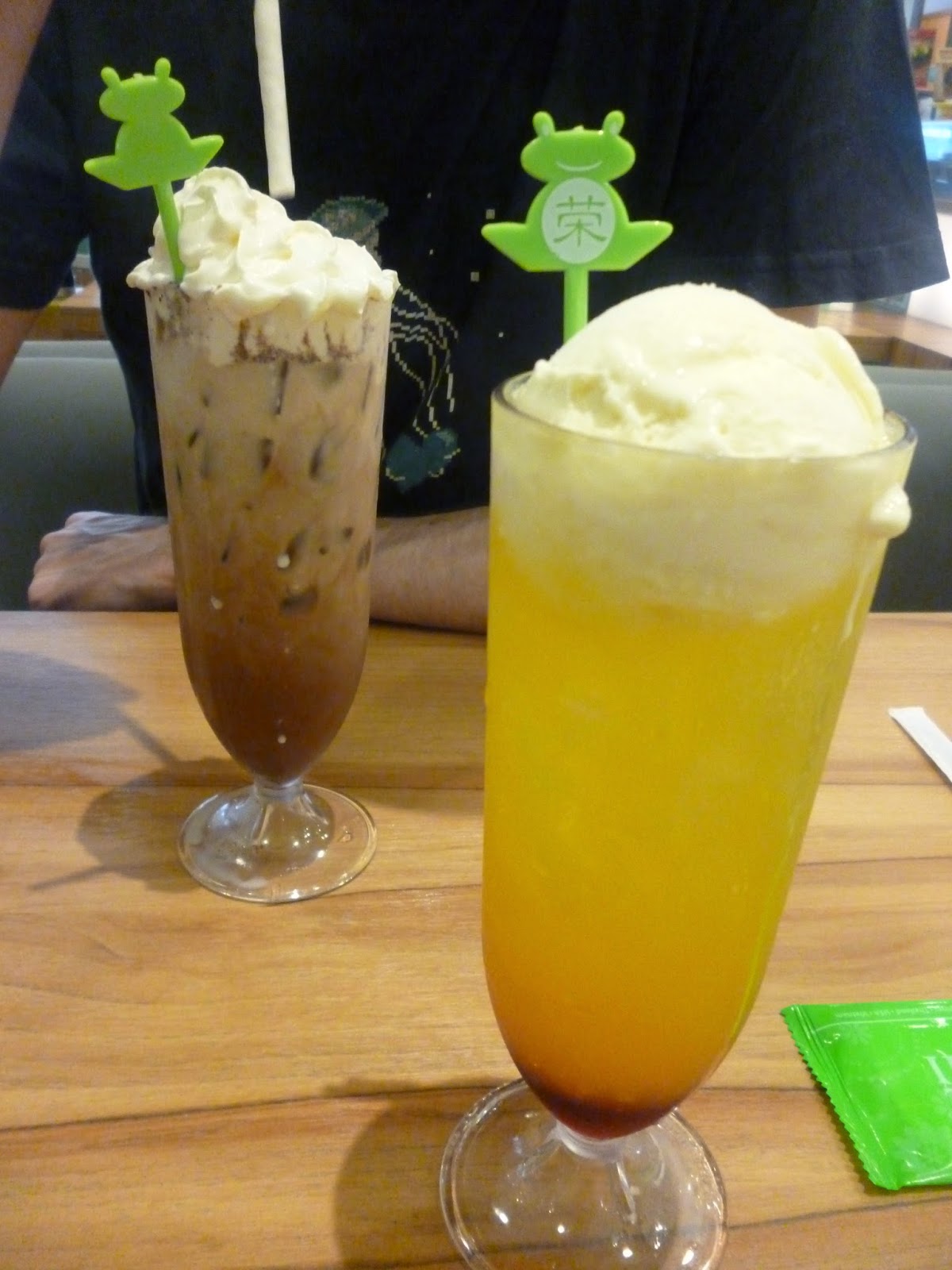 The Batu Caves are to the north of Kuala Lumpur and it took us about half an hour to get there by train. Given how hot we had been the previous couple of days, I was quite happy to sit in an air conditioned train for a while.

This is my second trip to the Batu Caves, I first visited here a couple of years ago with our friends Lisa and Aaris (if you have been following my blog long enough you may have even seen the pictures!).

The Batu Caves is actually an amazing Hindu Shrine and it has monkeys - just hanging out, I know they freak some people out. I can kind of see why as on my previously trip a monkey wanted my peanuts and on this trip we bought ice creams and that monkeys wanted those too.

But I love this shrine, its just amazing! Also there were much less people here than there were last time I visited which is always a bonus. 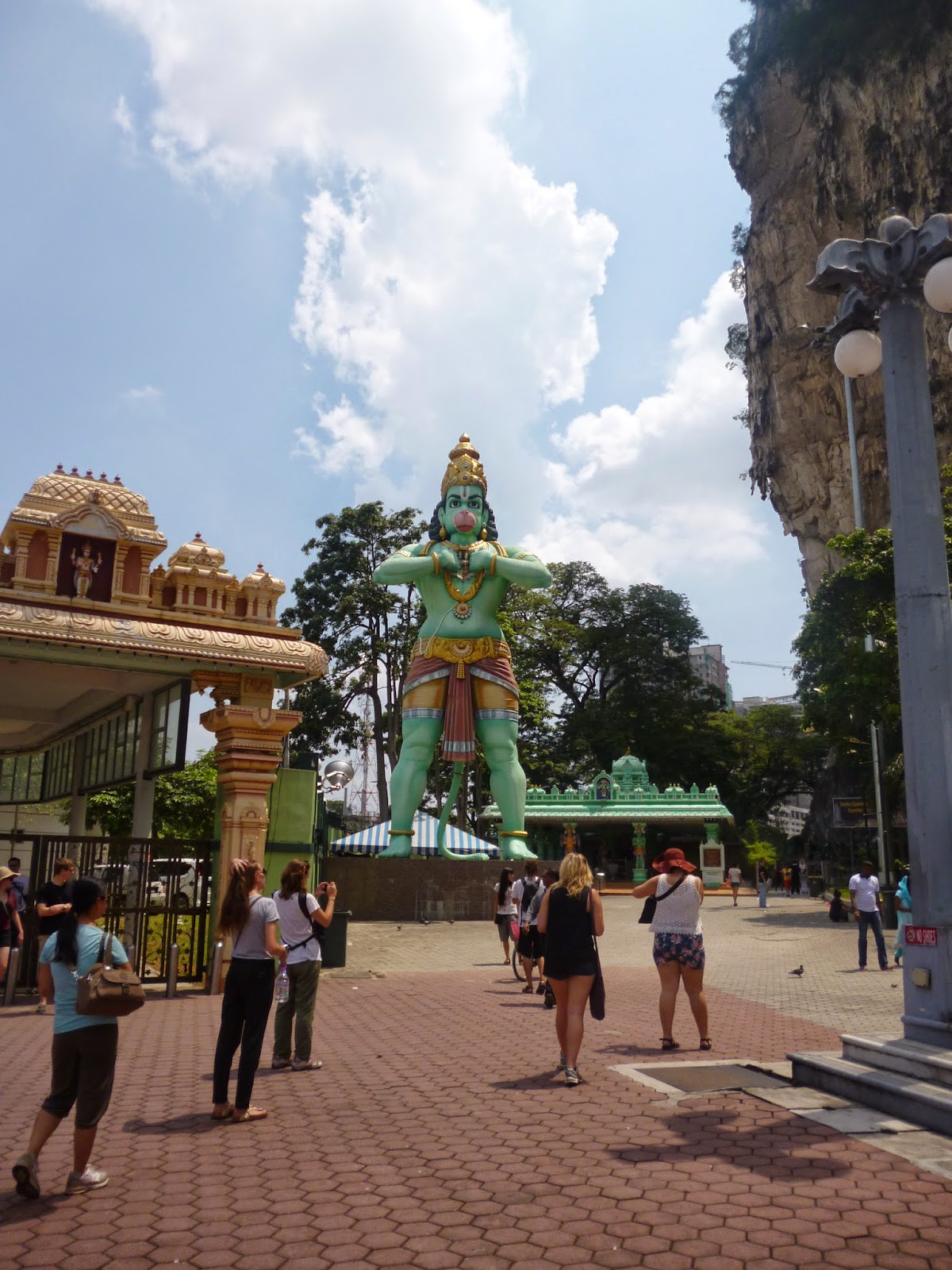 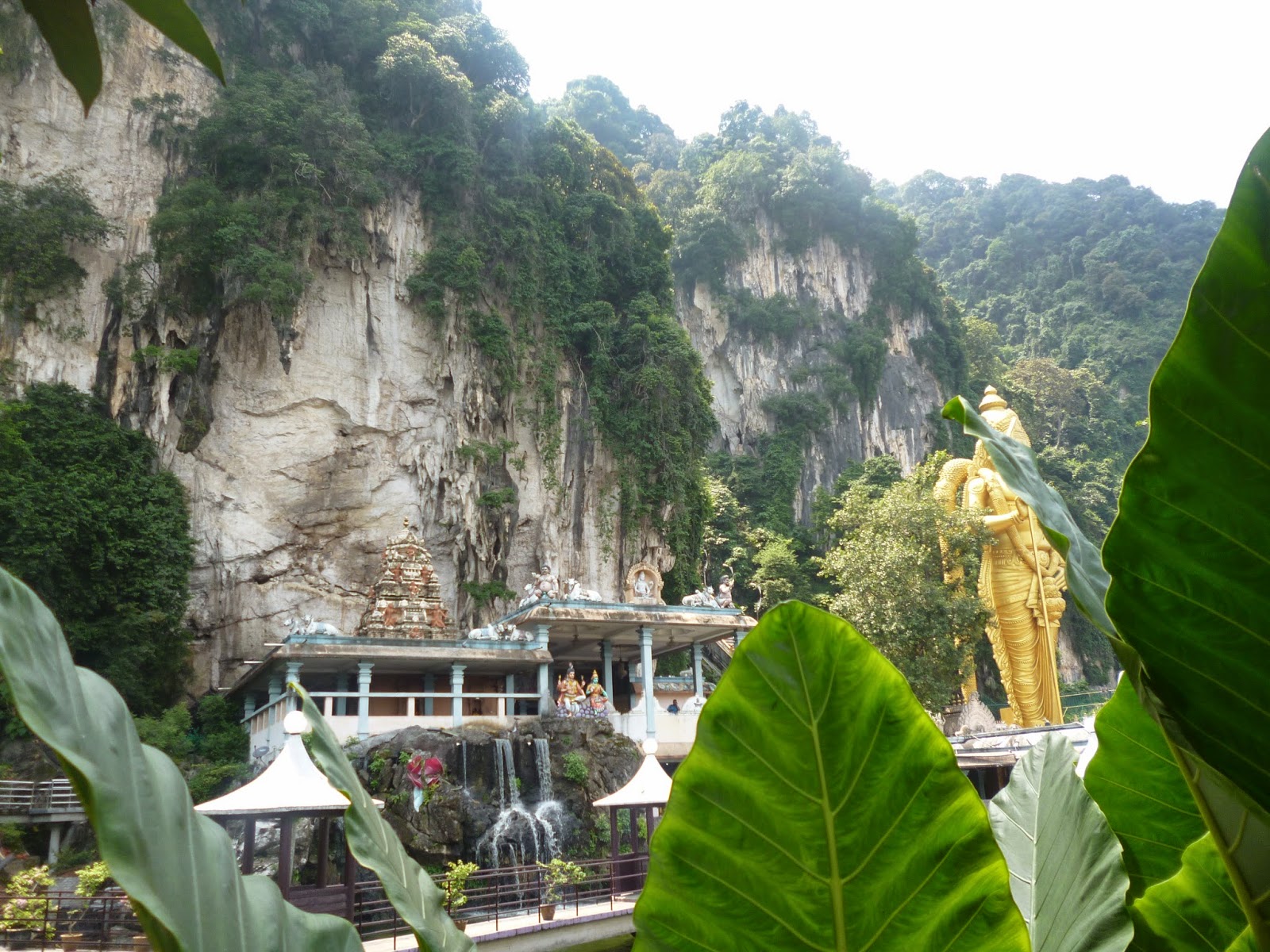 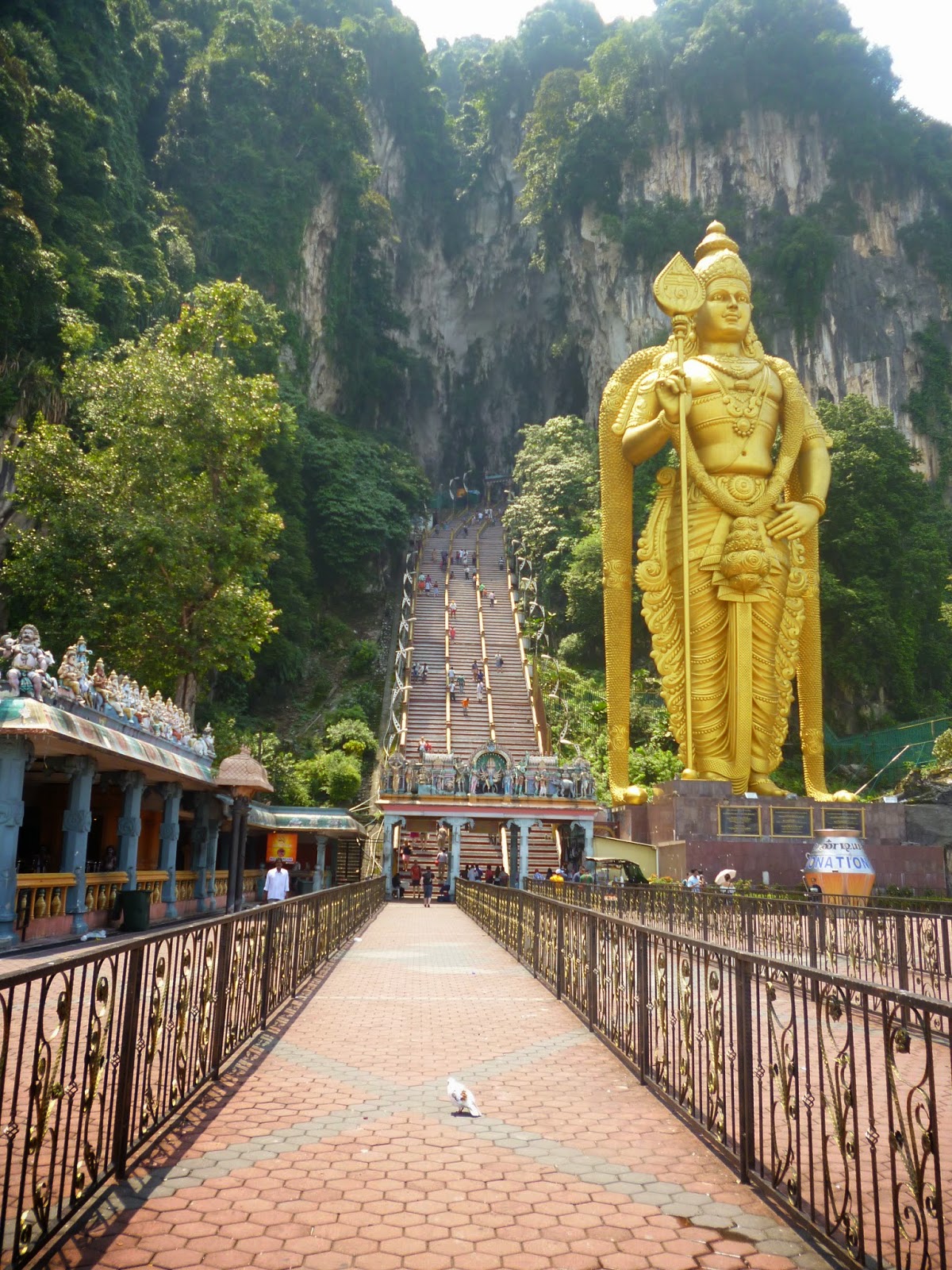 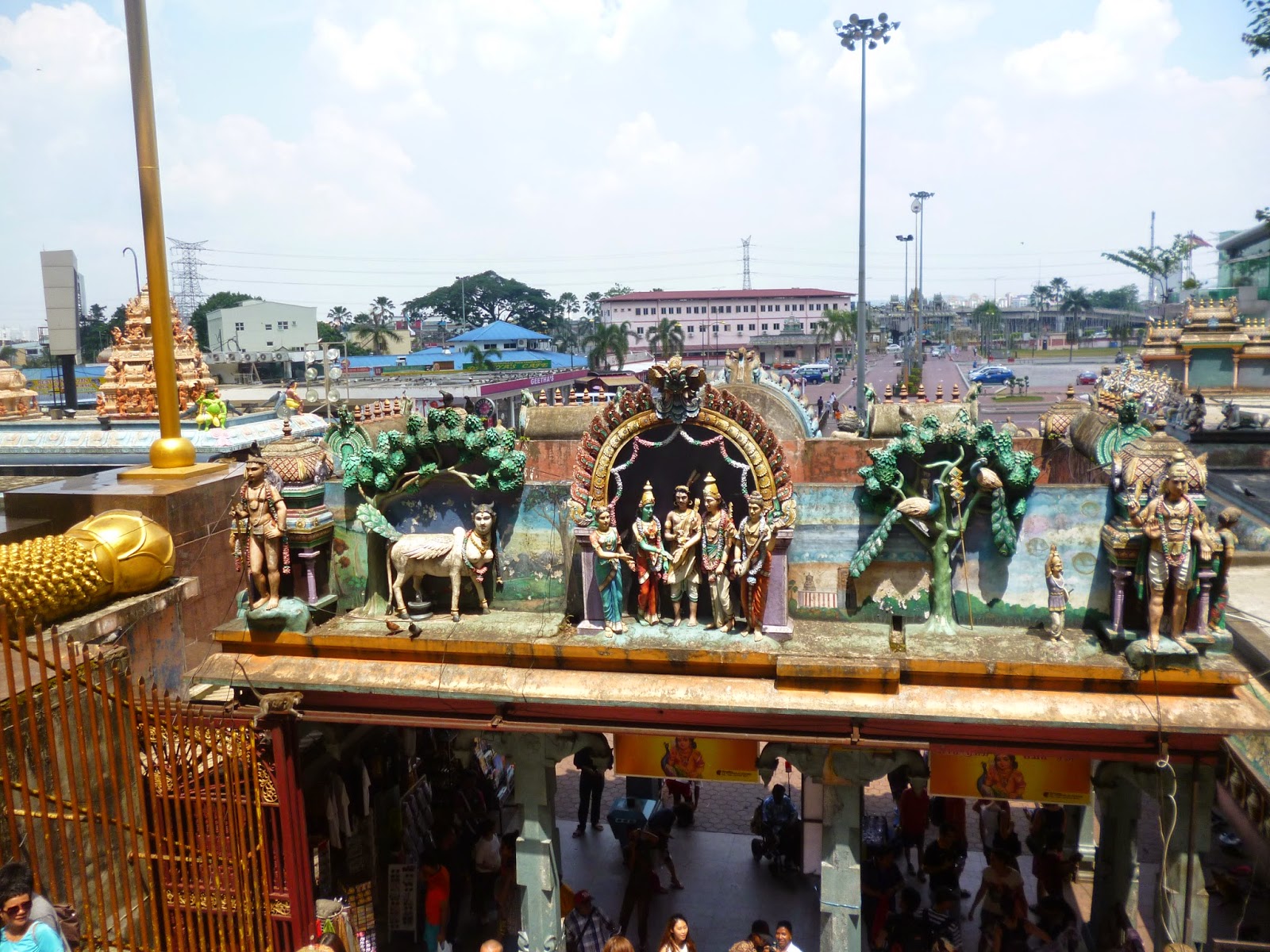 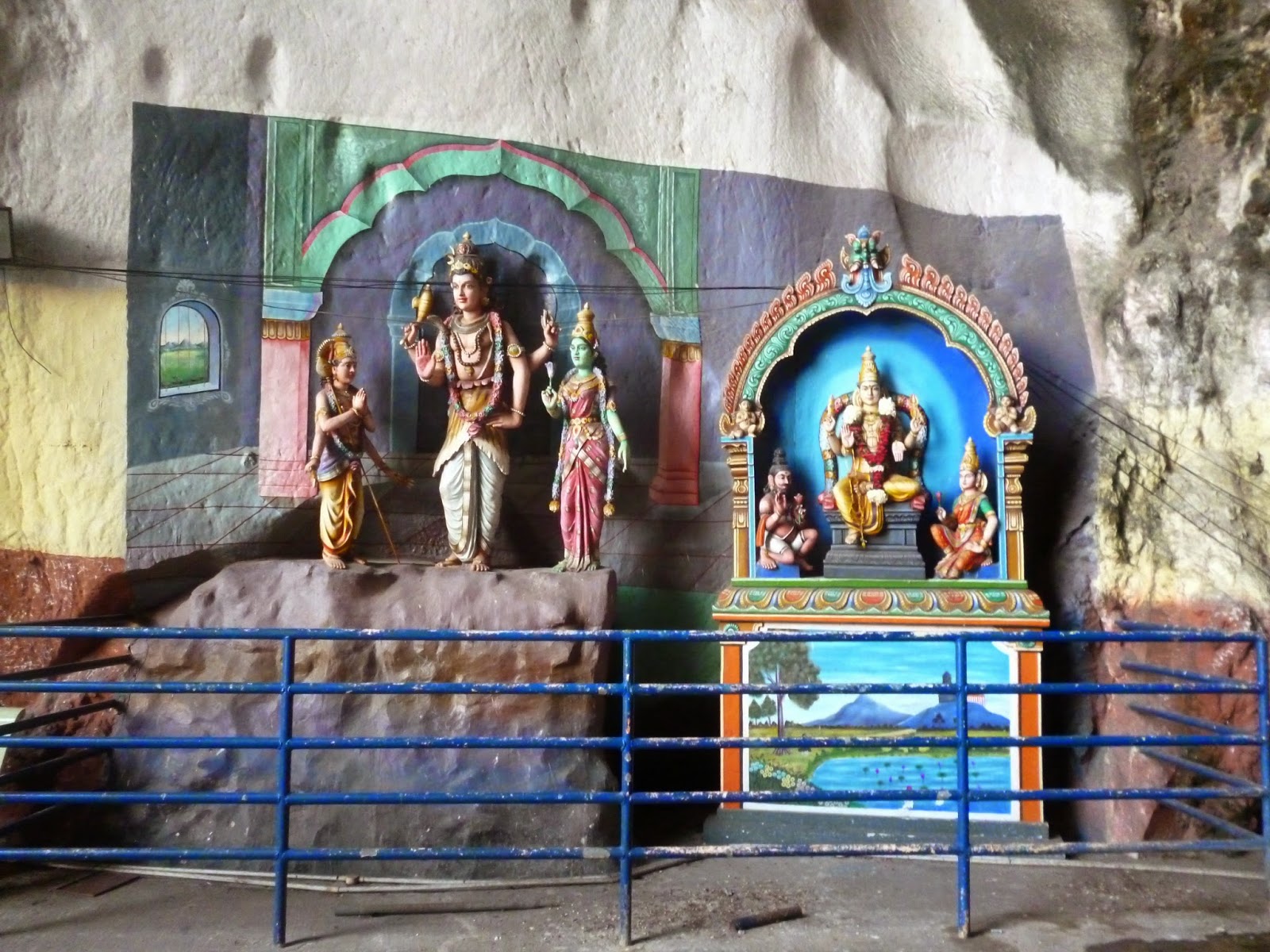 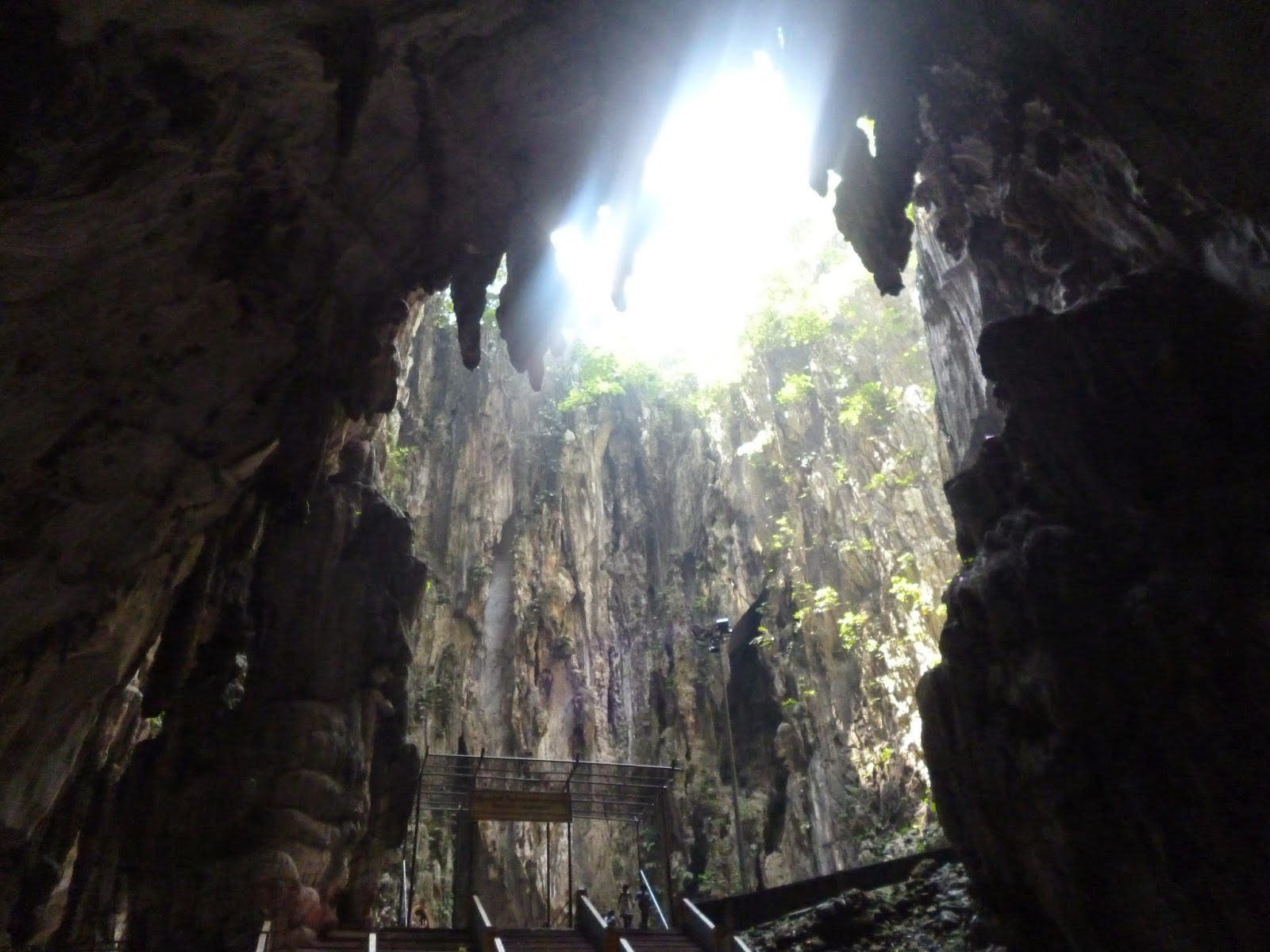 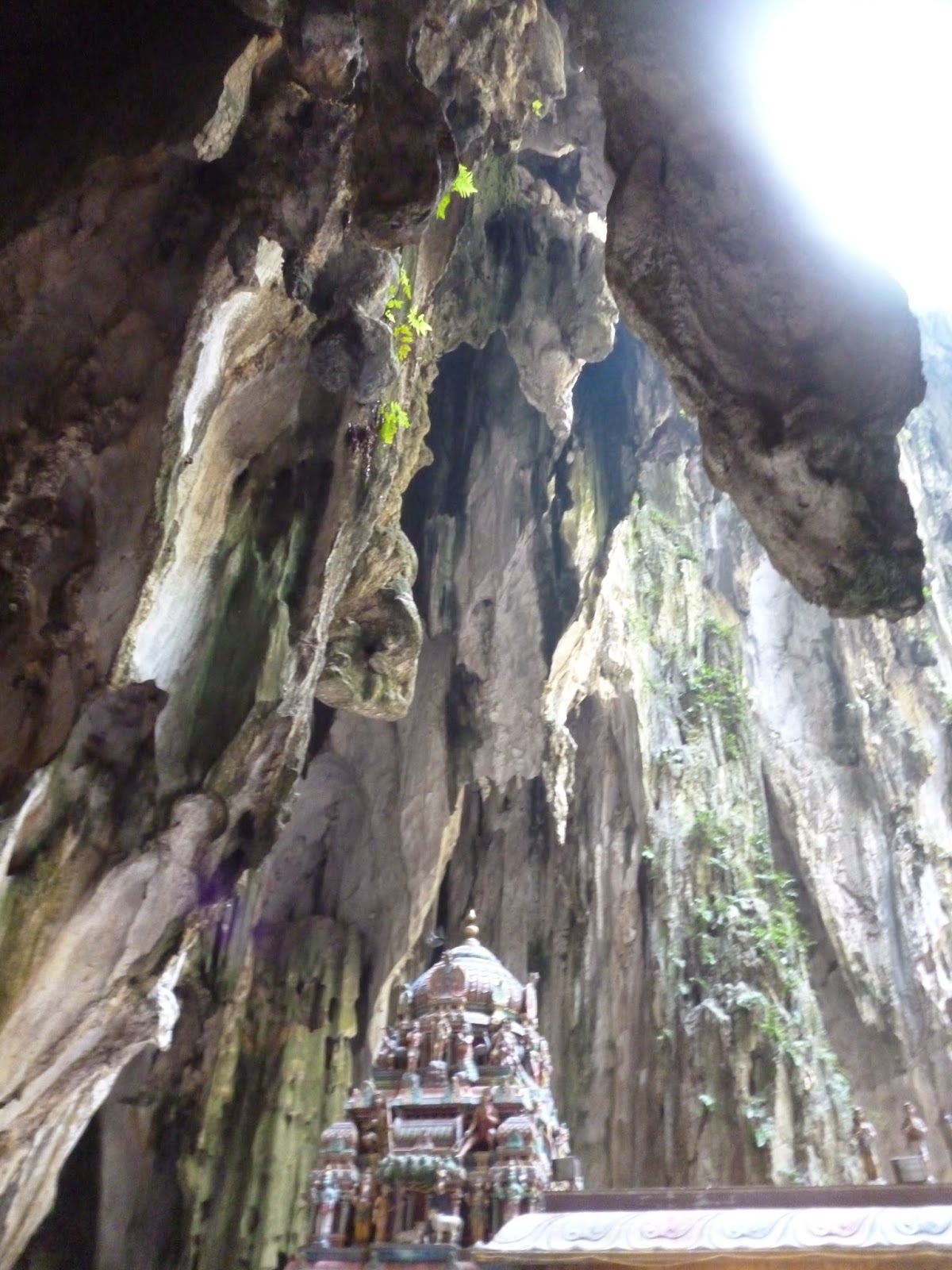 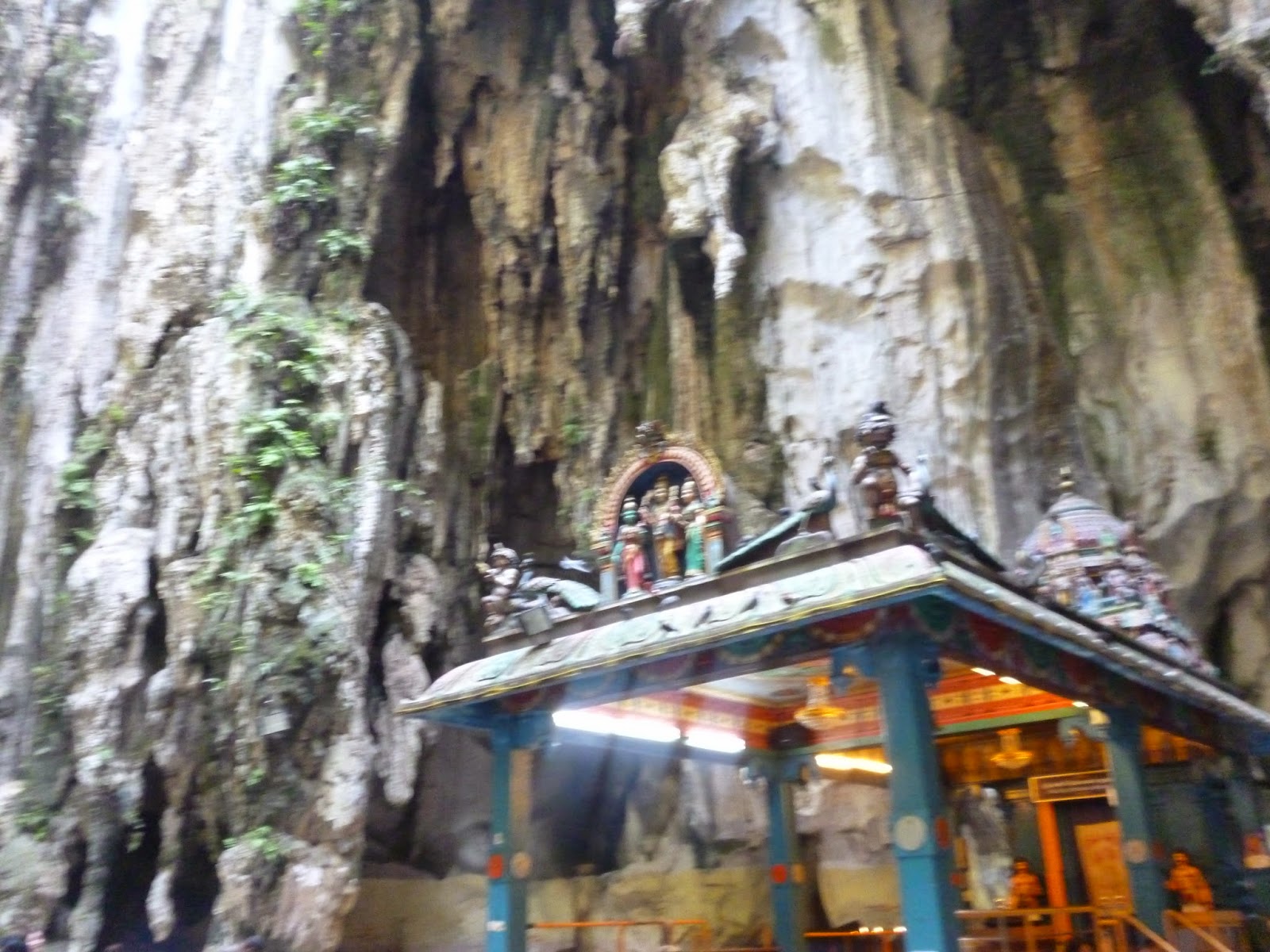 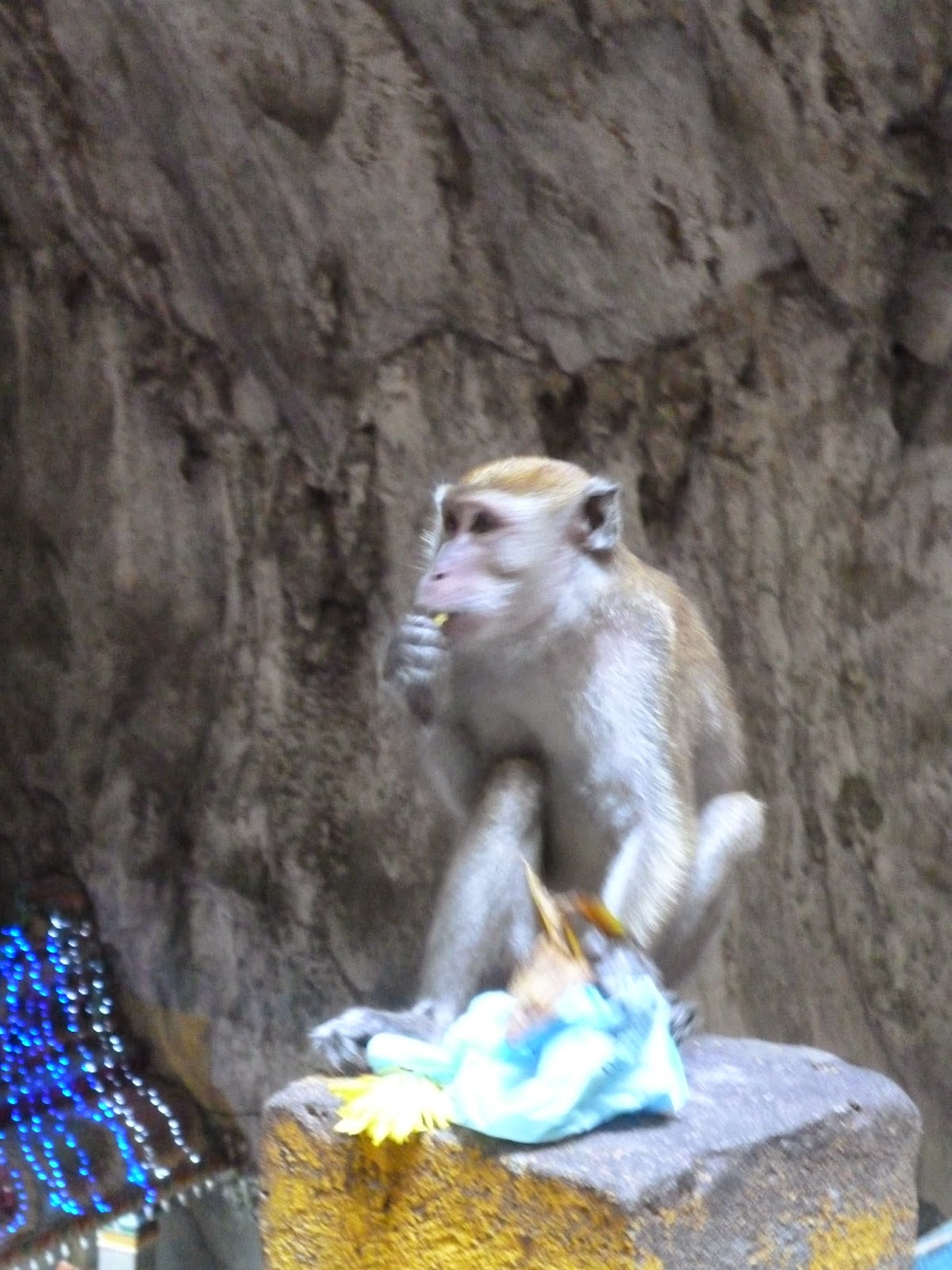 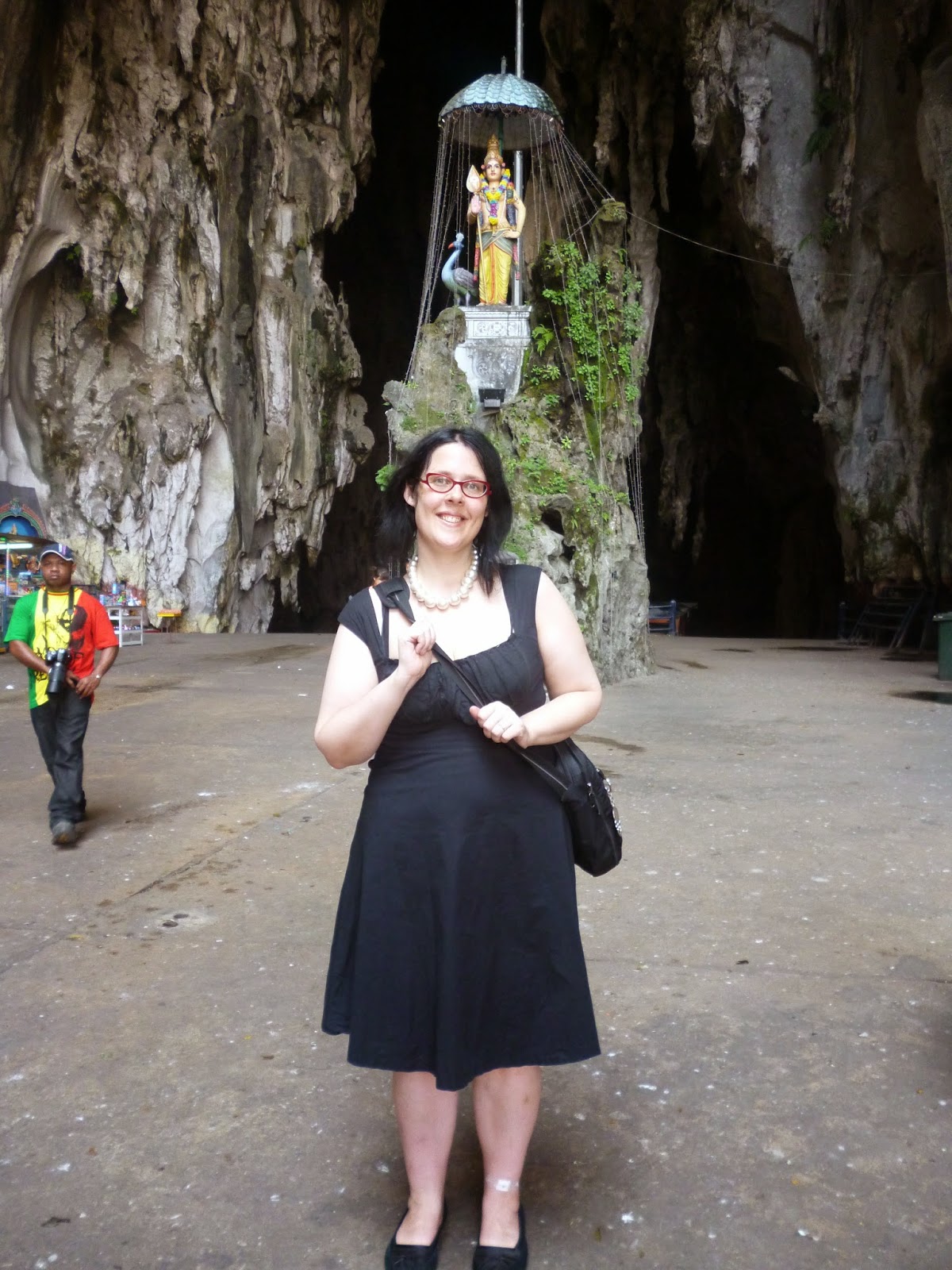 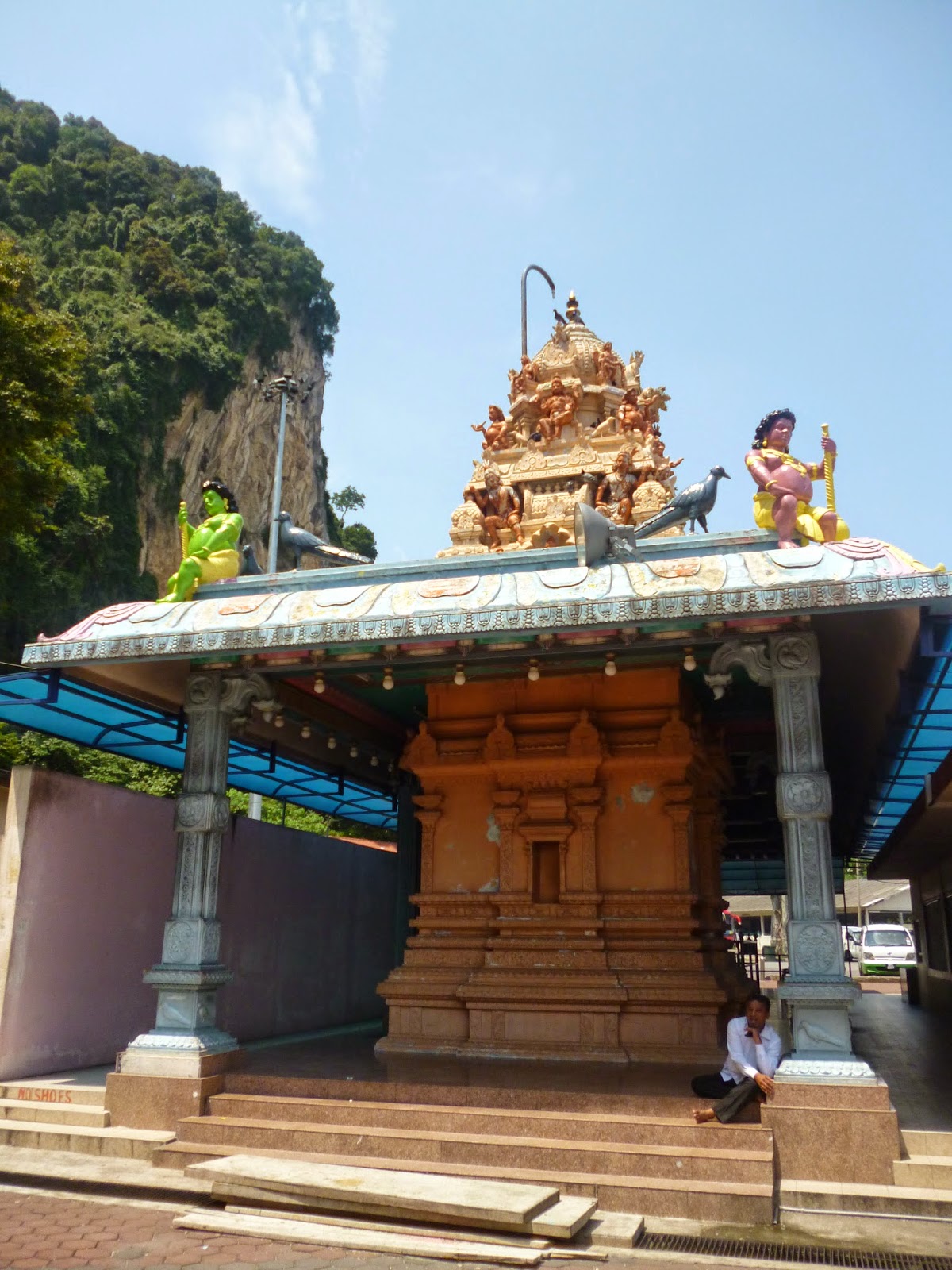 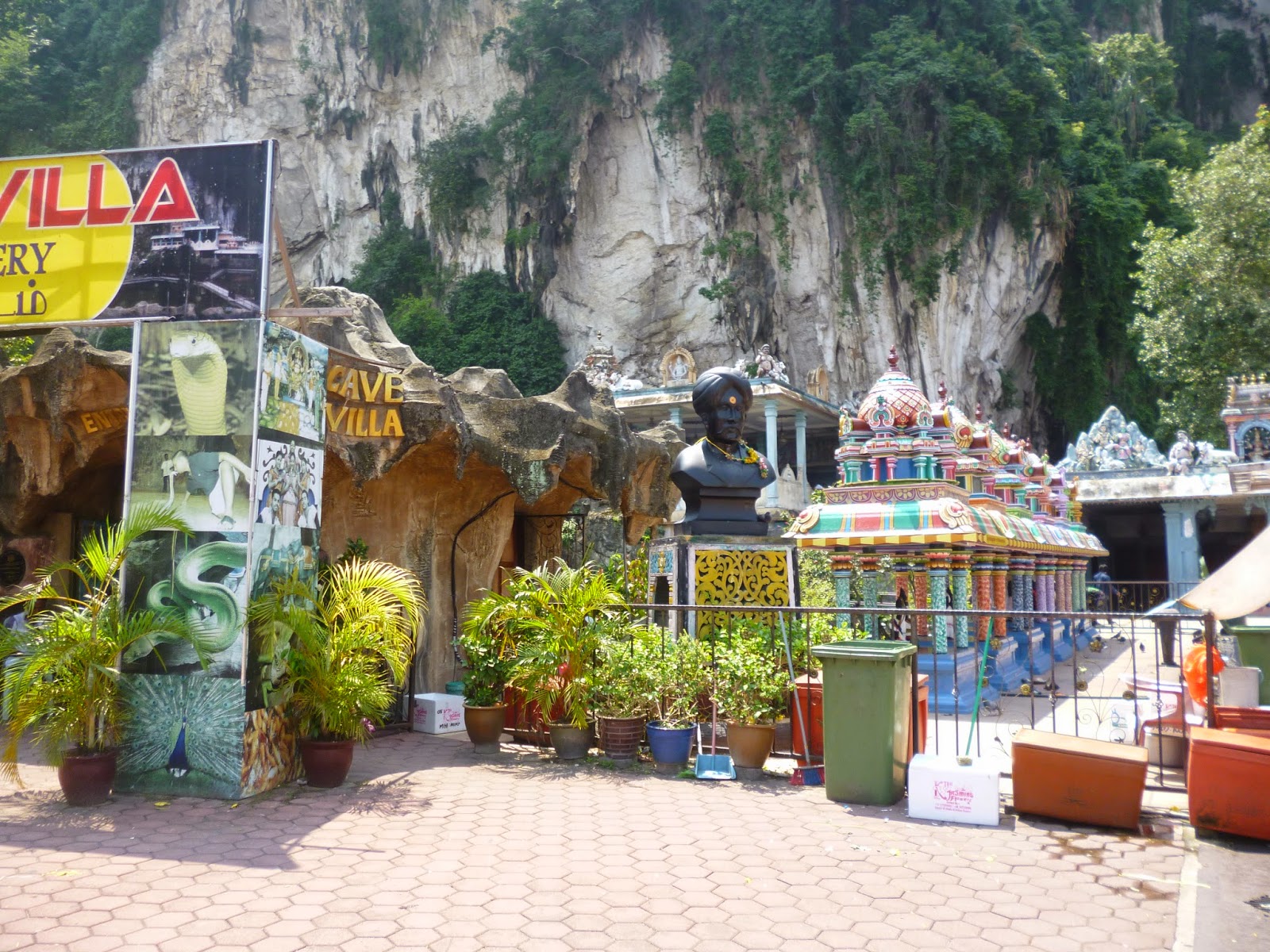 In case you are wondering - yes we did walk up ALL those stairs! Also on the way back down someone asked if they could have a photo with Rich - he's just a handsome guy.

After some time in the sun, we decided we needed to head back into the city to get some shade. We also needed to post some postcards - so first stop when we got back was the post office and we saw this great mural on the way. 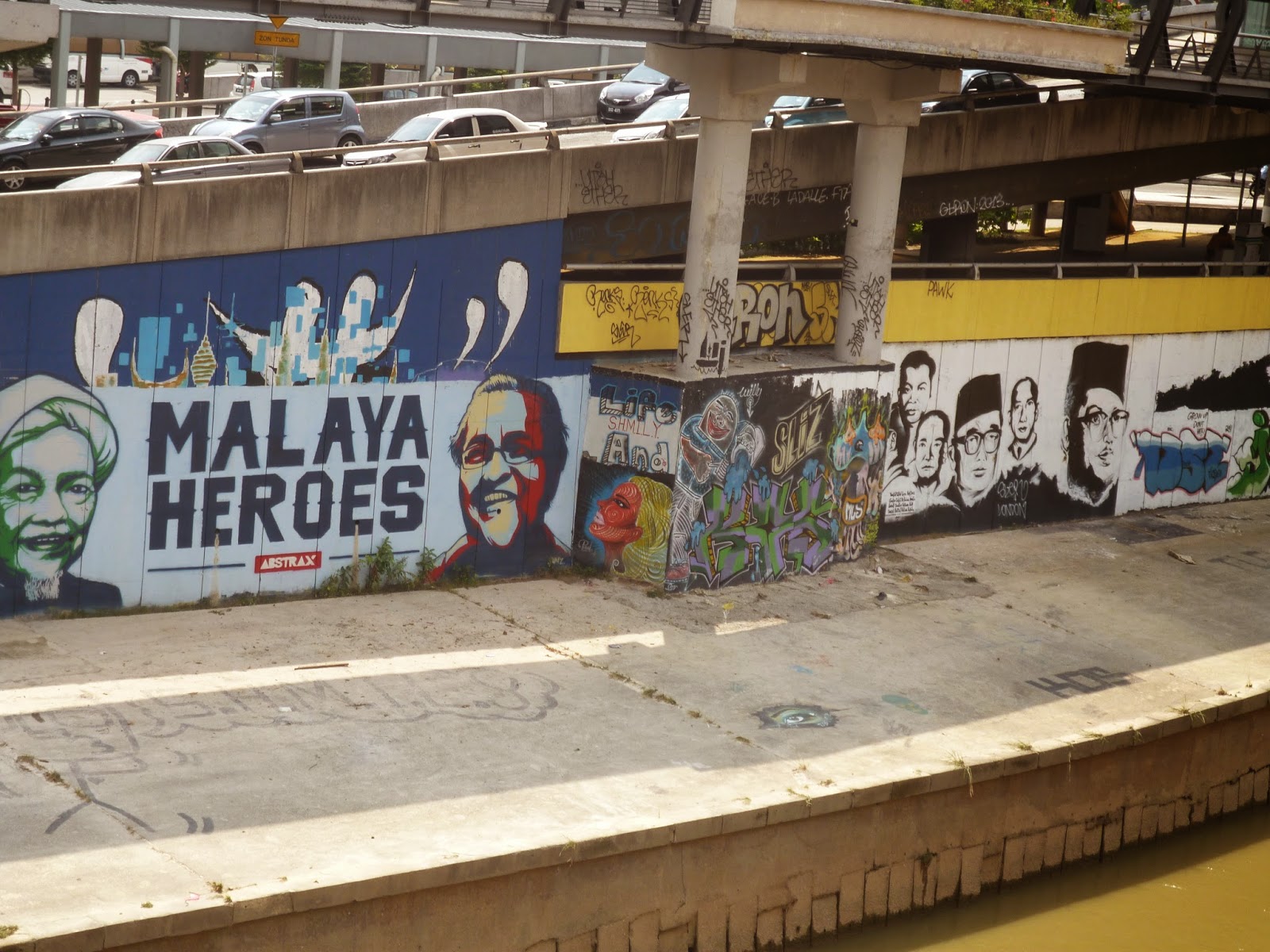 Next stop was the central market, which is an older market in a beautiful art deco building. I think this market as it had a lot of local people selling stuff, but the vendors weren't pushy at all. I bought a few things to take home as gifts here. They also had some stalls with stuff you could never get through New Zealand customs, but were still interesting to look at - like the bug stall. 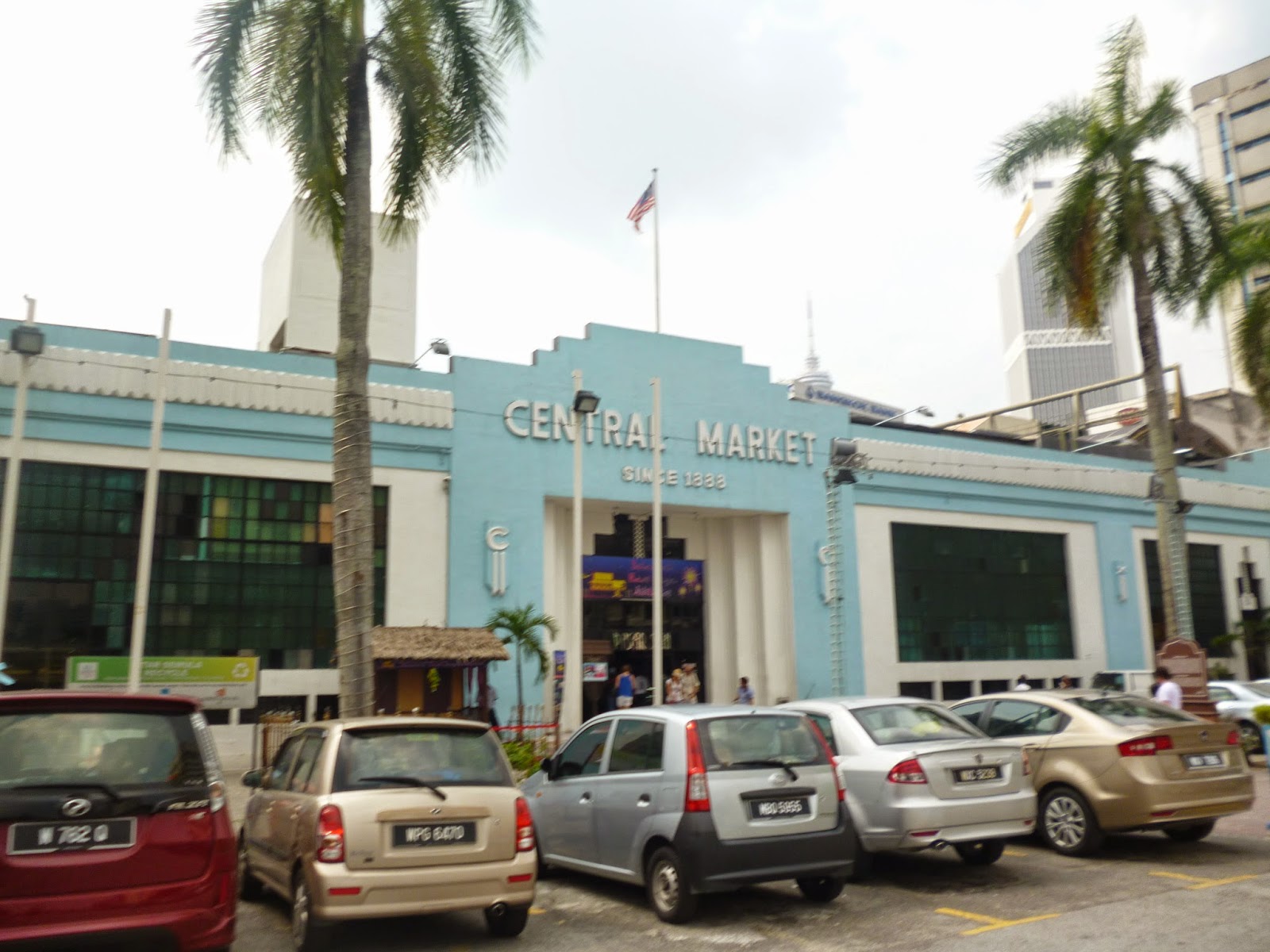 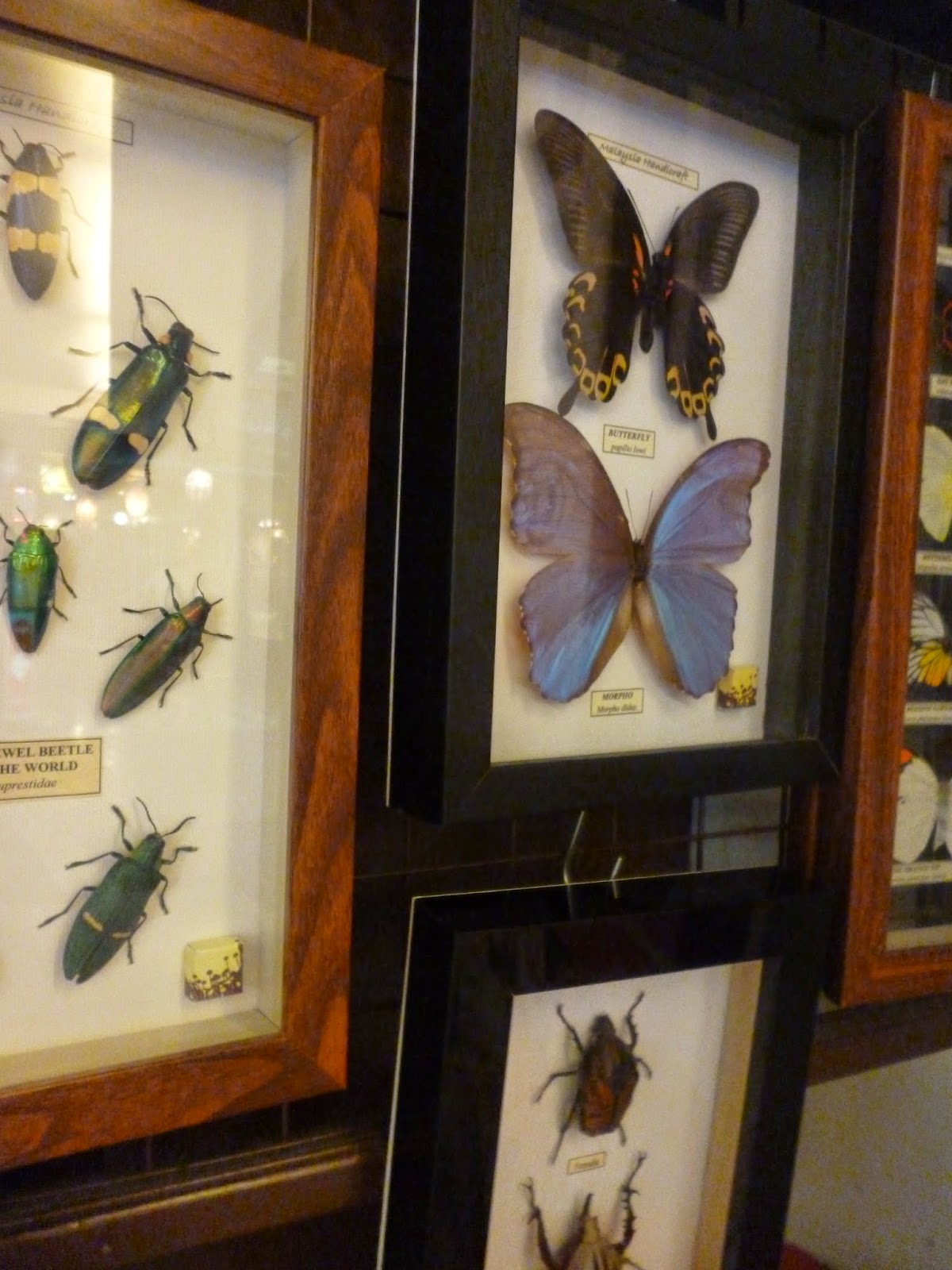 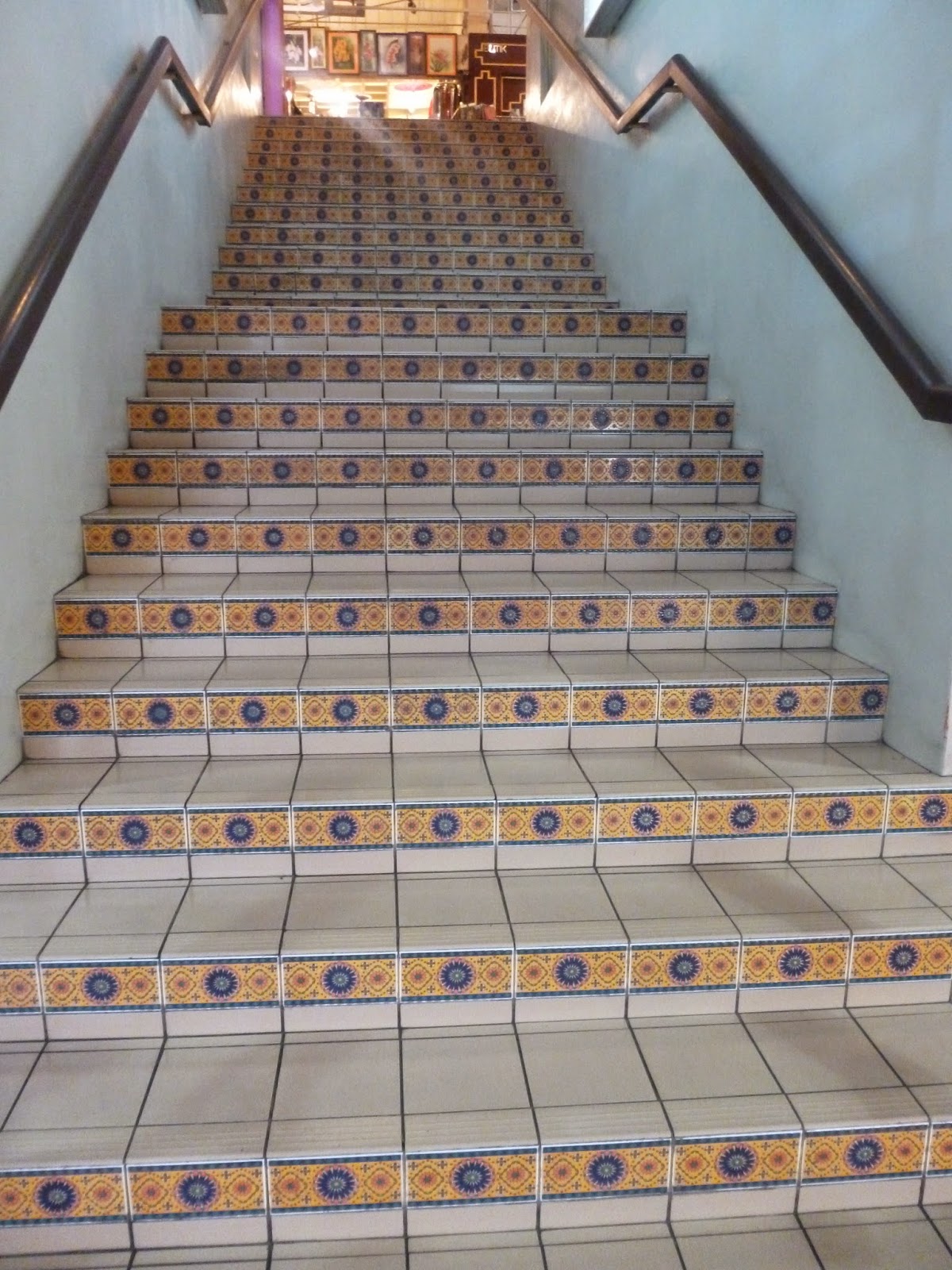 This is the fish part of the post and if you have a fish phobia you might want to skim past it - we went to Dr Fish! Or a fish spa - depending on what you prefer to call it. 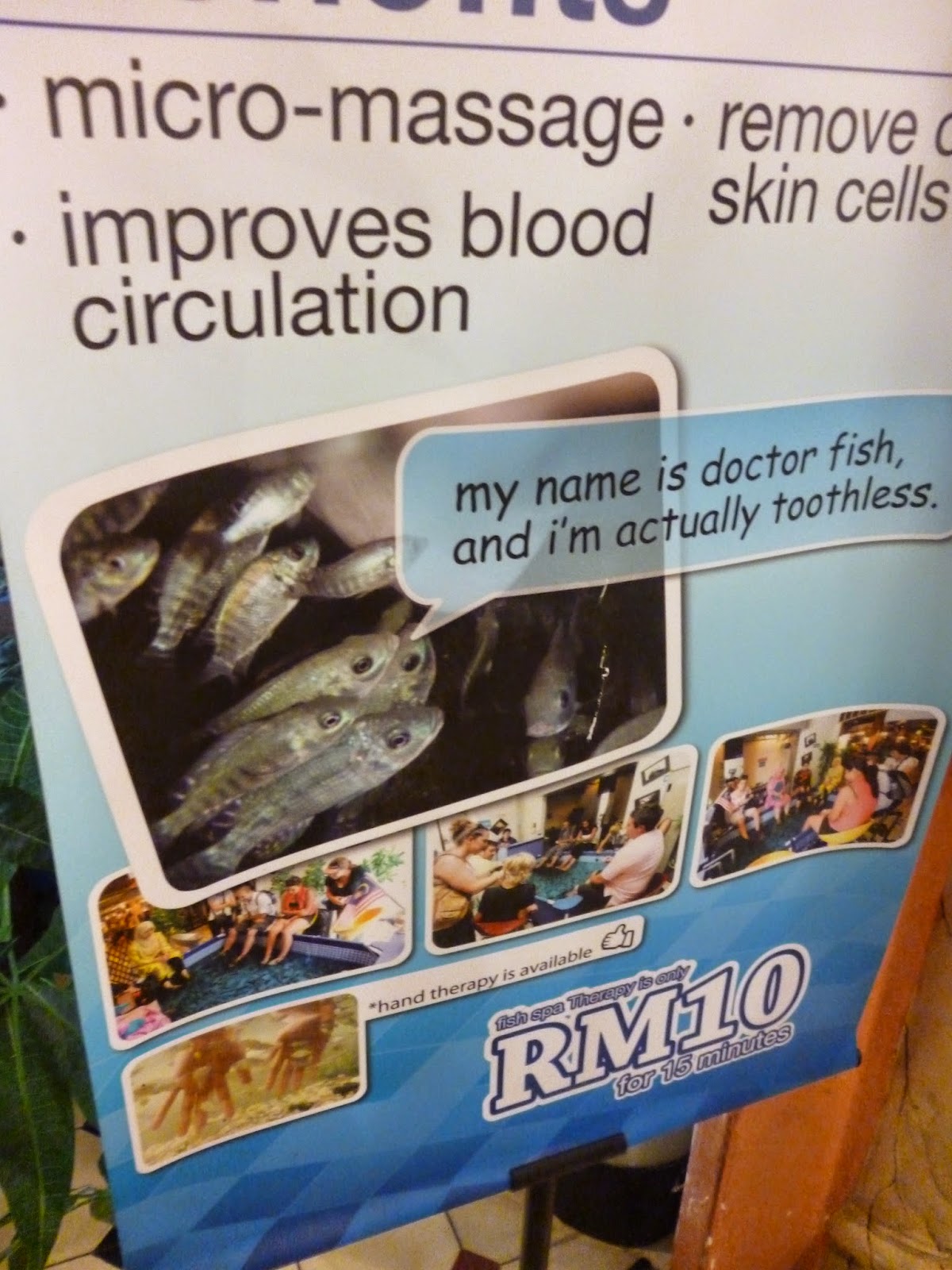 If you've never heard of Dr Fish or a fish spa - you basically put your feet (or this place had hand therapy too) in a tank of fish that like to eat the dead skin off your feet. Yes it is as weird as it sounds and I love it. This was my third Dr Fish and the second time I've been in Malaysia. 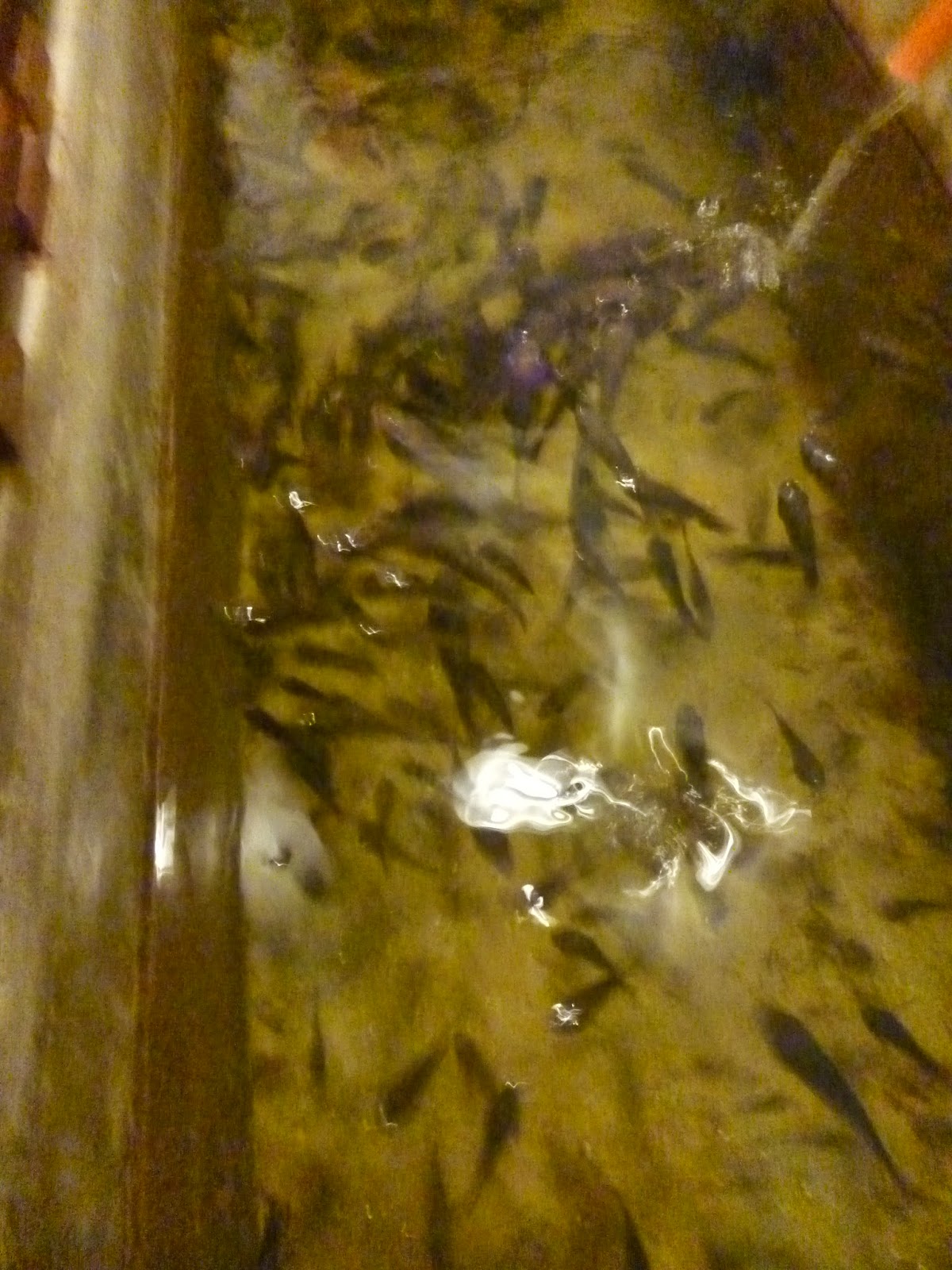 After shopping and the fish spa, we decided we needed a drink - although I decided to get this shaved ice monstrosity instead. Sometimes you just have to buy the thing you know you can't buy at home. 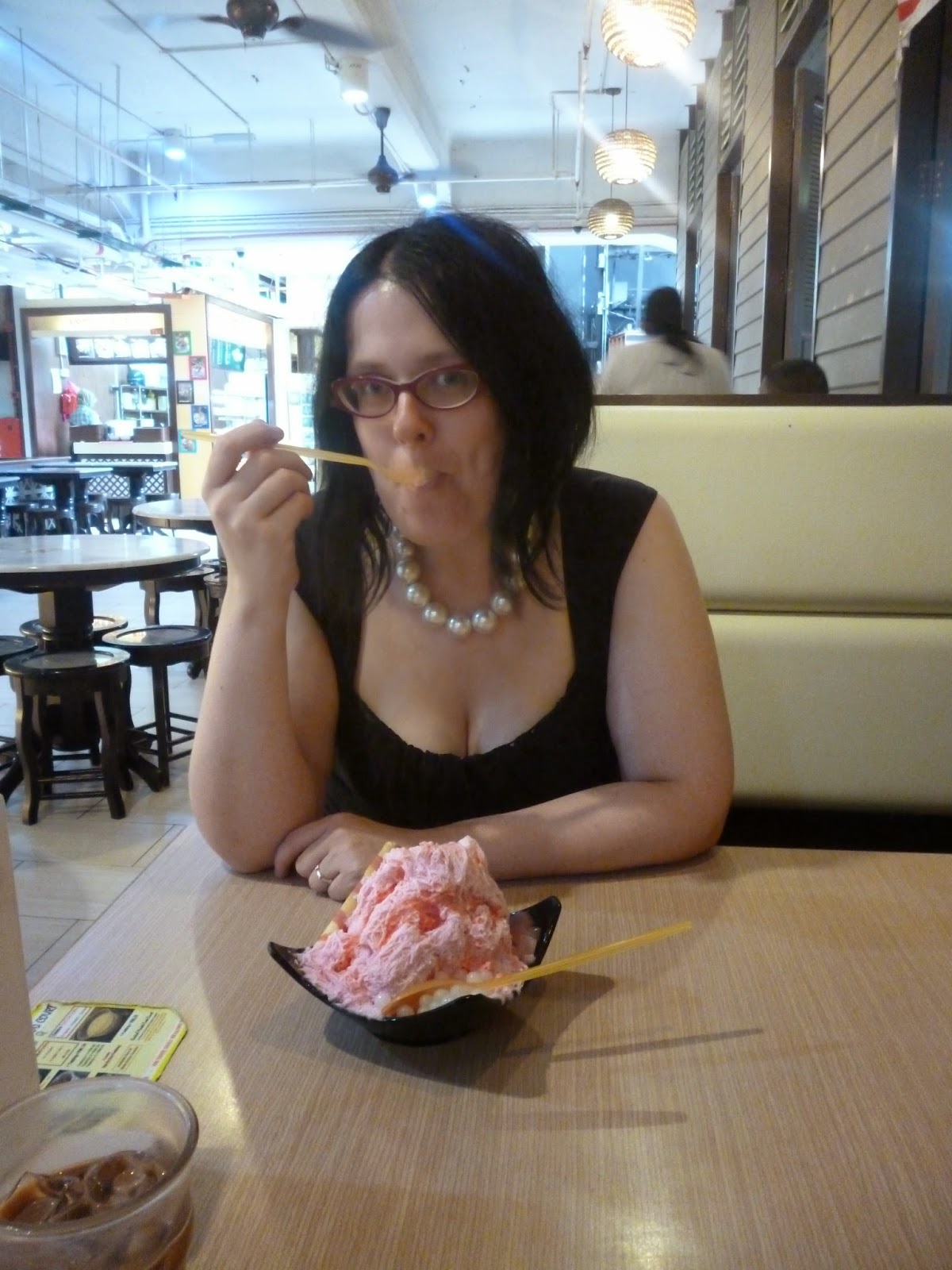 As you can see - its a completely ridiculous thing to eat.

After this we were at a bit of loss as we had done everything we had set out to do in Kuala Lumpur - we walked around for a bit and ultimately ended up at the Petronas Towers again. 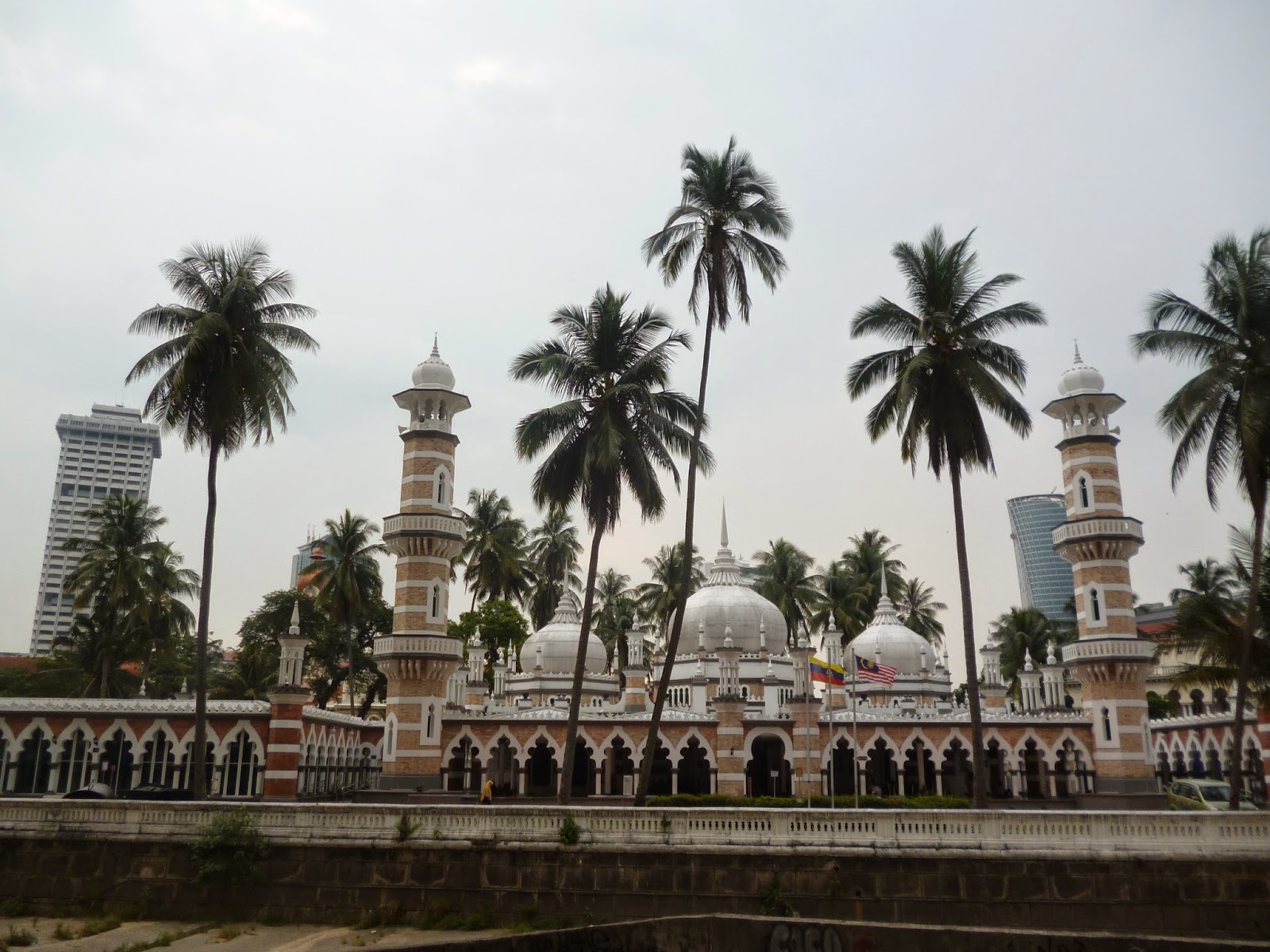 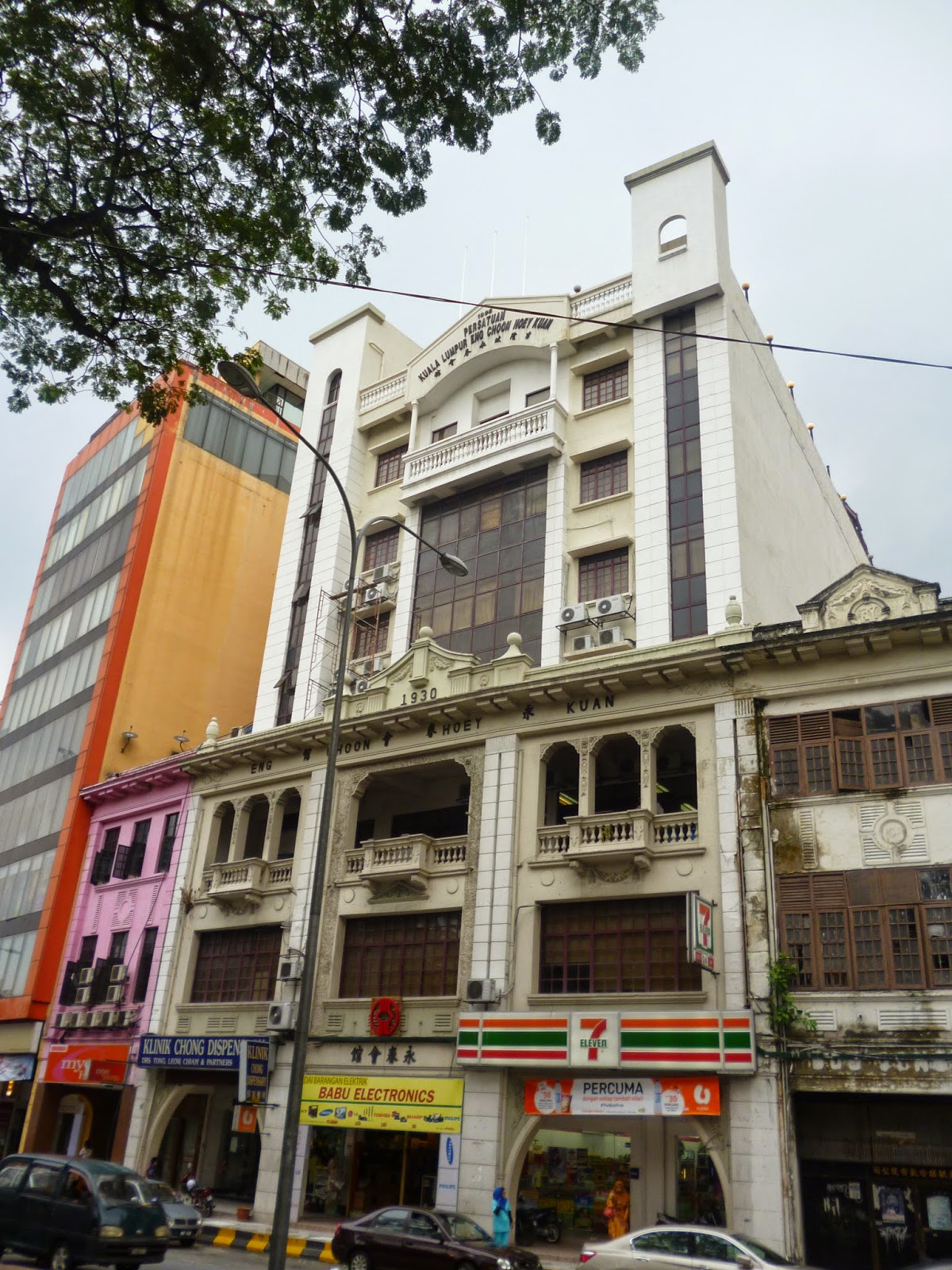 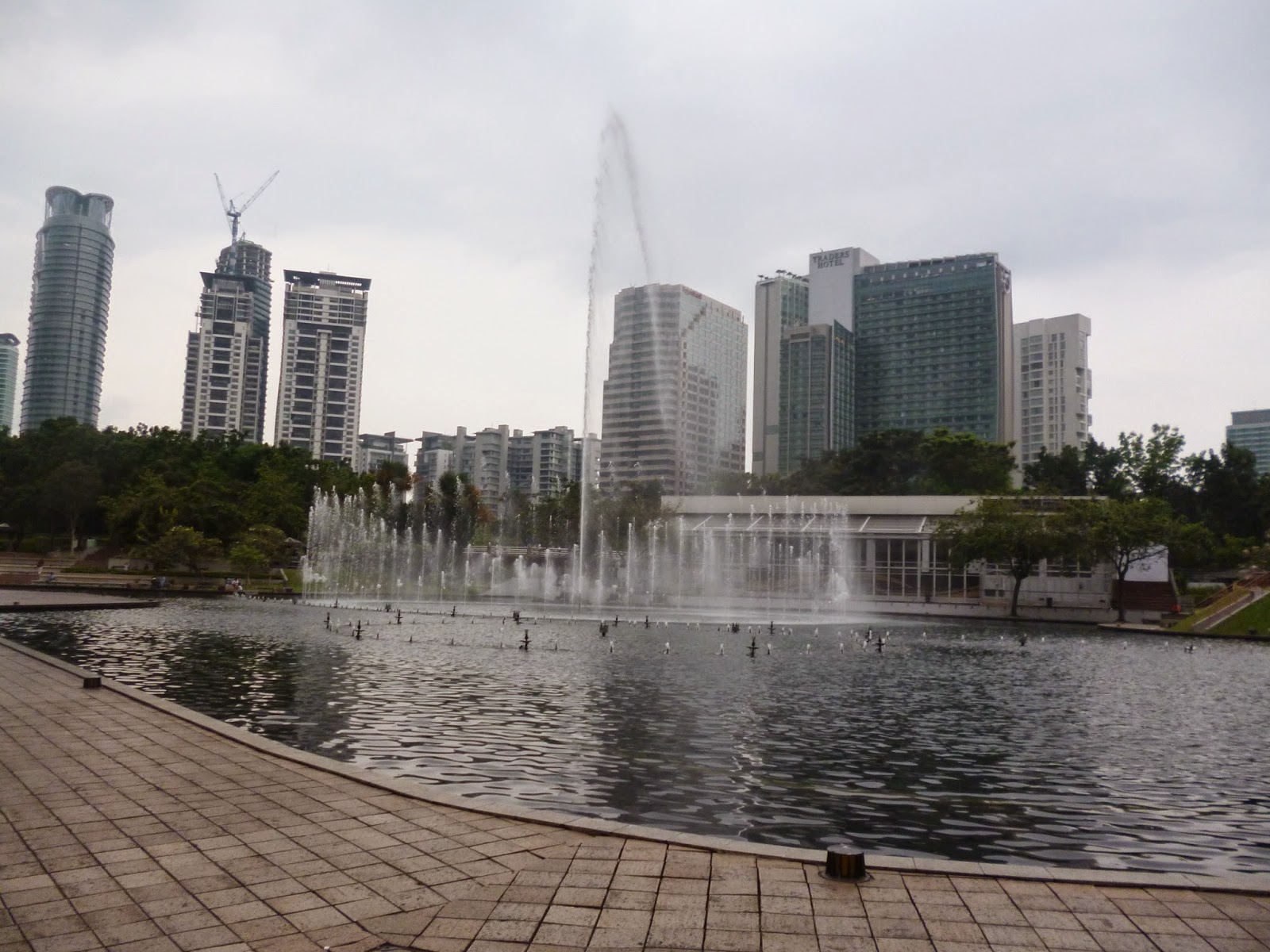 There is actually a pretty nice fountain and garden at the towers and it was nice to walk around the area and wind down a bit. 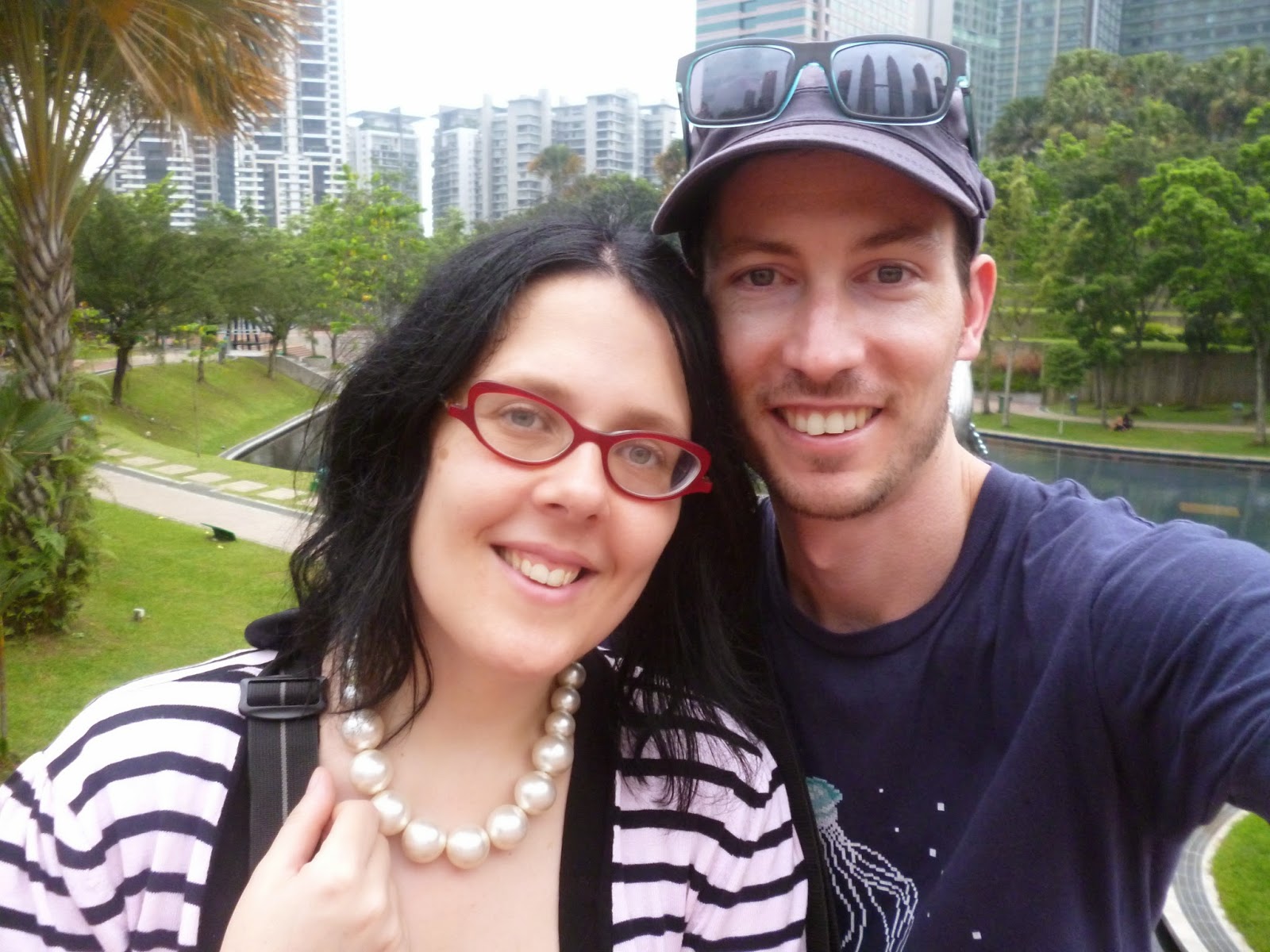 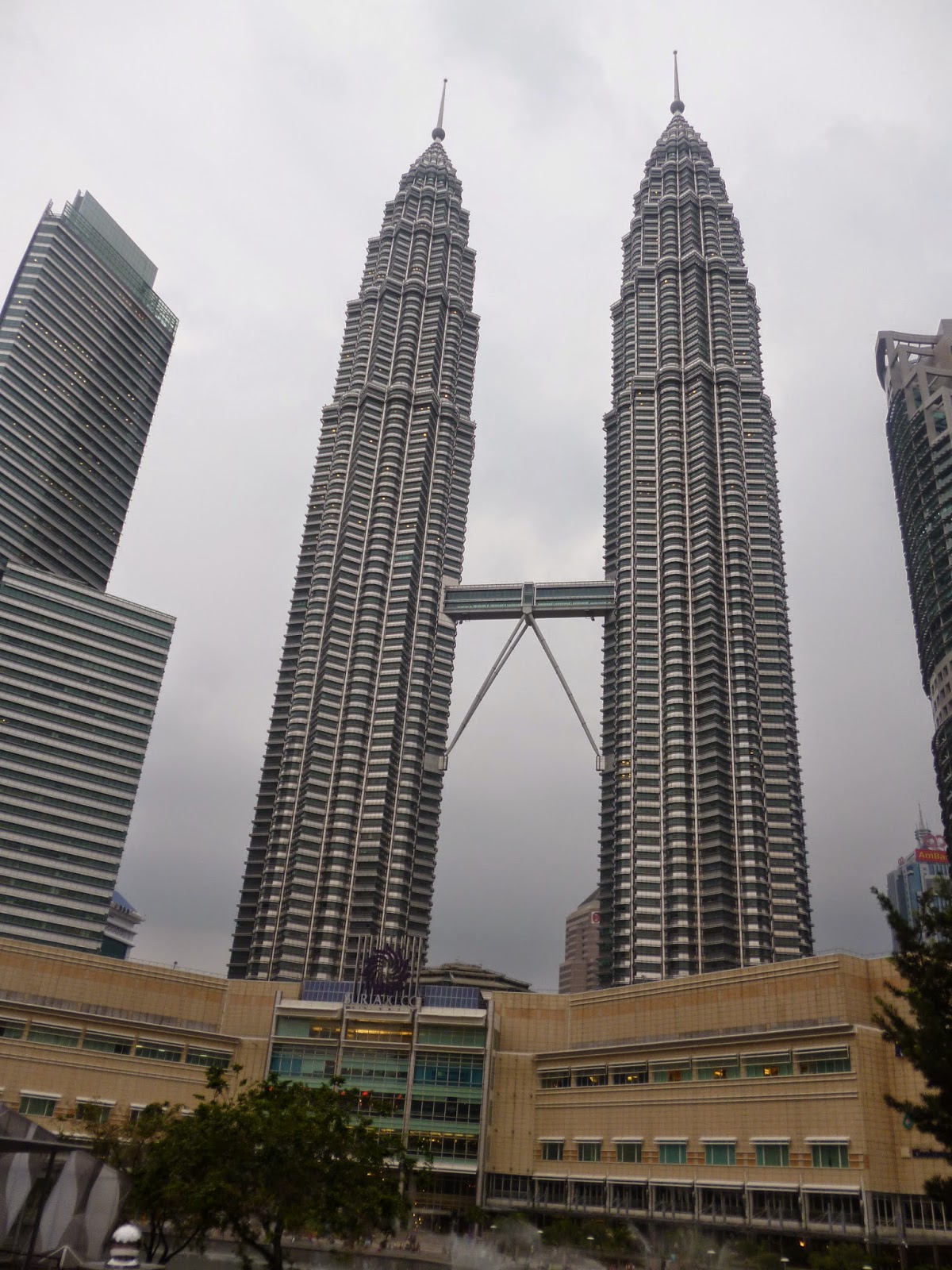 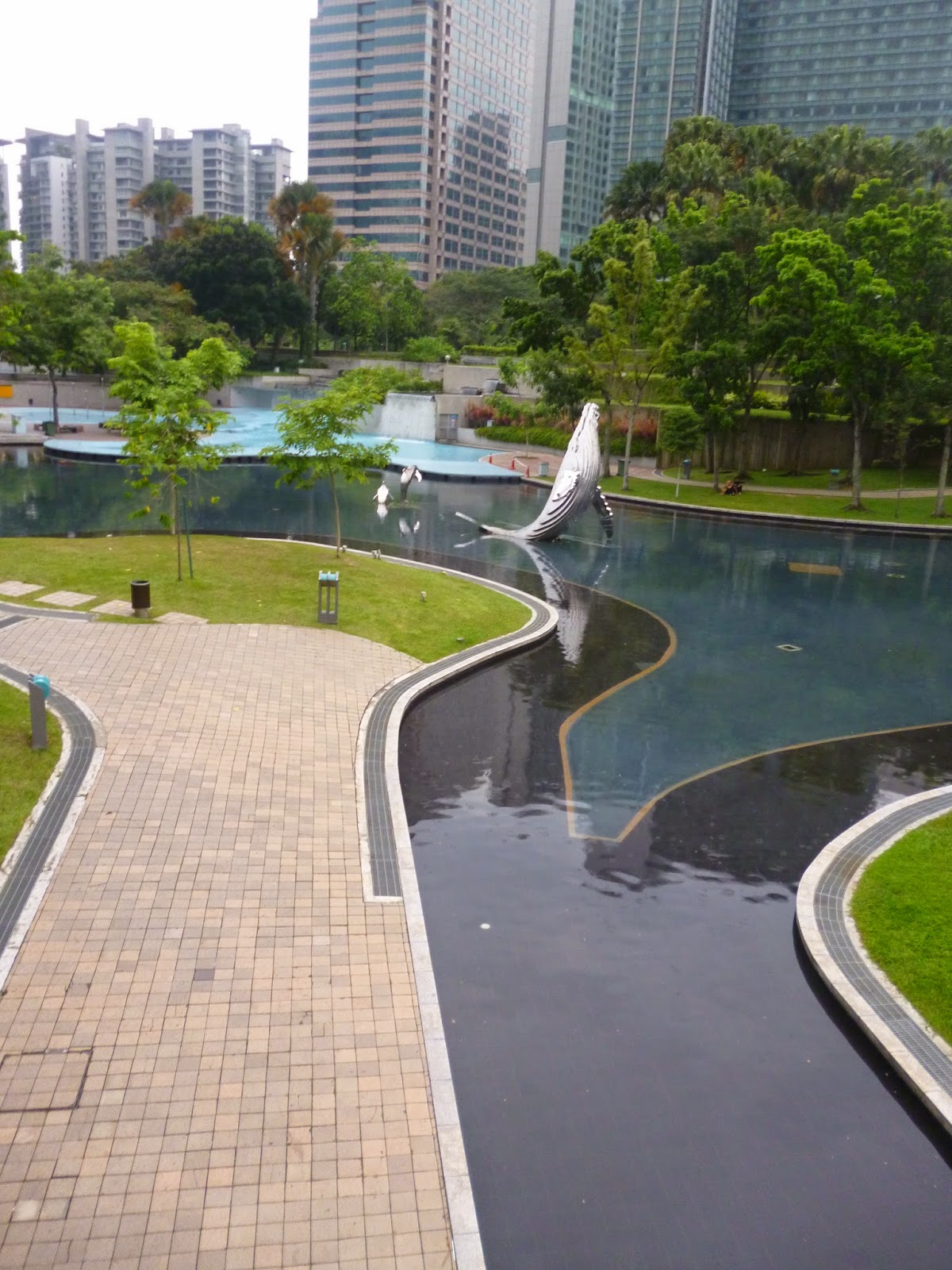 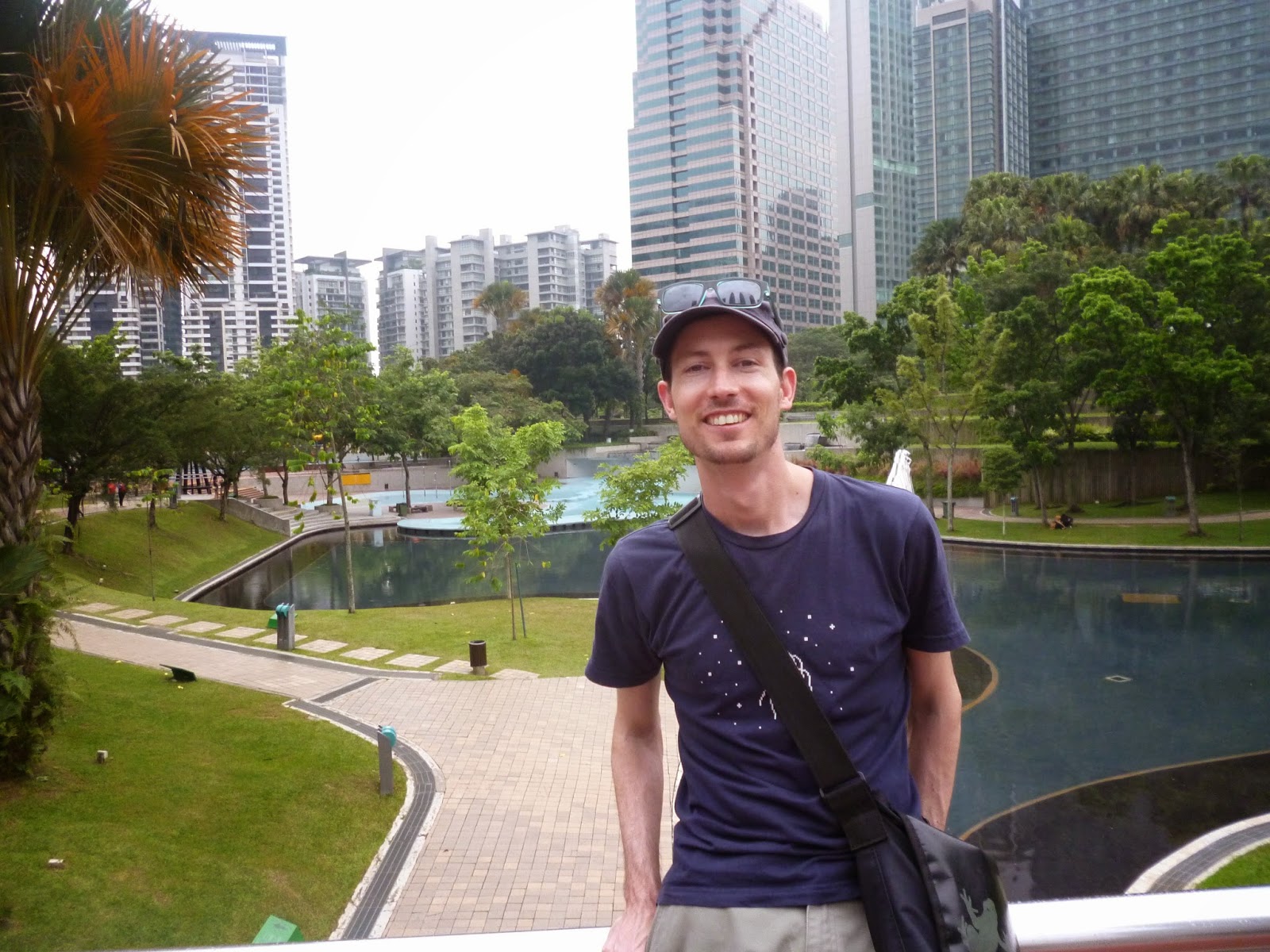 That's pretty much it for my second trip to Malaysia and my first with Rich. Would I go back again? In a heart beat. I think Malaysia has been one of my favourite places to visit and I really want to go back and visit Ipoh and Langkawi and Penang (and I'm sure there are other places I WANT to visit, but I haven't even heard of them yet). I'm sure this won't be the last time I will be in Malaysia. Next stop on our trip was - Indonesia!
Posted by Trees at 1:06 pm

Wow, it looks like such a beautiful place! The buildings and the statues are so gorgeous. I love the dress you were wearing. We have fish pedicures in England; often in the middle of shopping centres, but I've never had one... yet. It's on the bucklet list! xx

it doesn't even look real there. i want shaved ice and those fun froggy drinks! thank you for warning me about dr. fish! i love that rich is such a celeb in asia! <3 <3 <3