It's well and truly winter now and its cold, cold, COLD - but I figure that's no reason to stick to the typical Wellington colour scheme of black and grey.

For me it means time to break out the most bright and colourful dress I have, right now its this orange vintage shift dress . 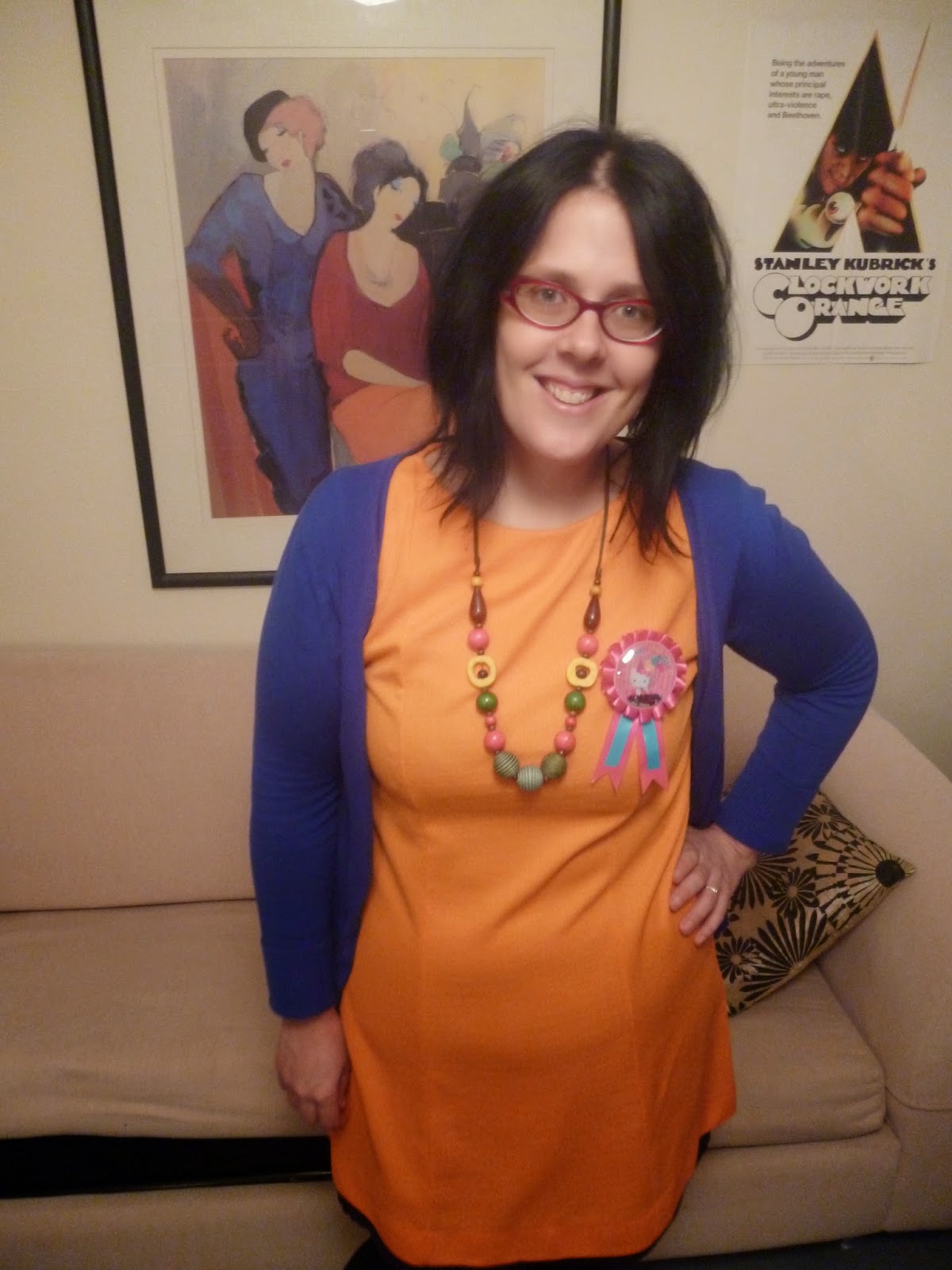 That badge I'm wearing is a gift from Alicia - because I'm an adult I need a Hello Kitty birthday badge (obviously). 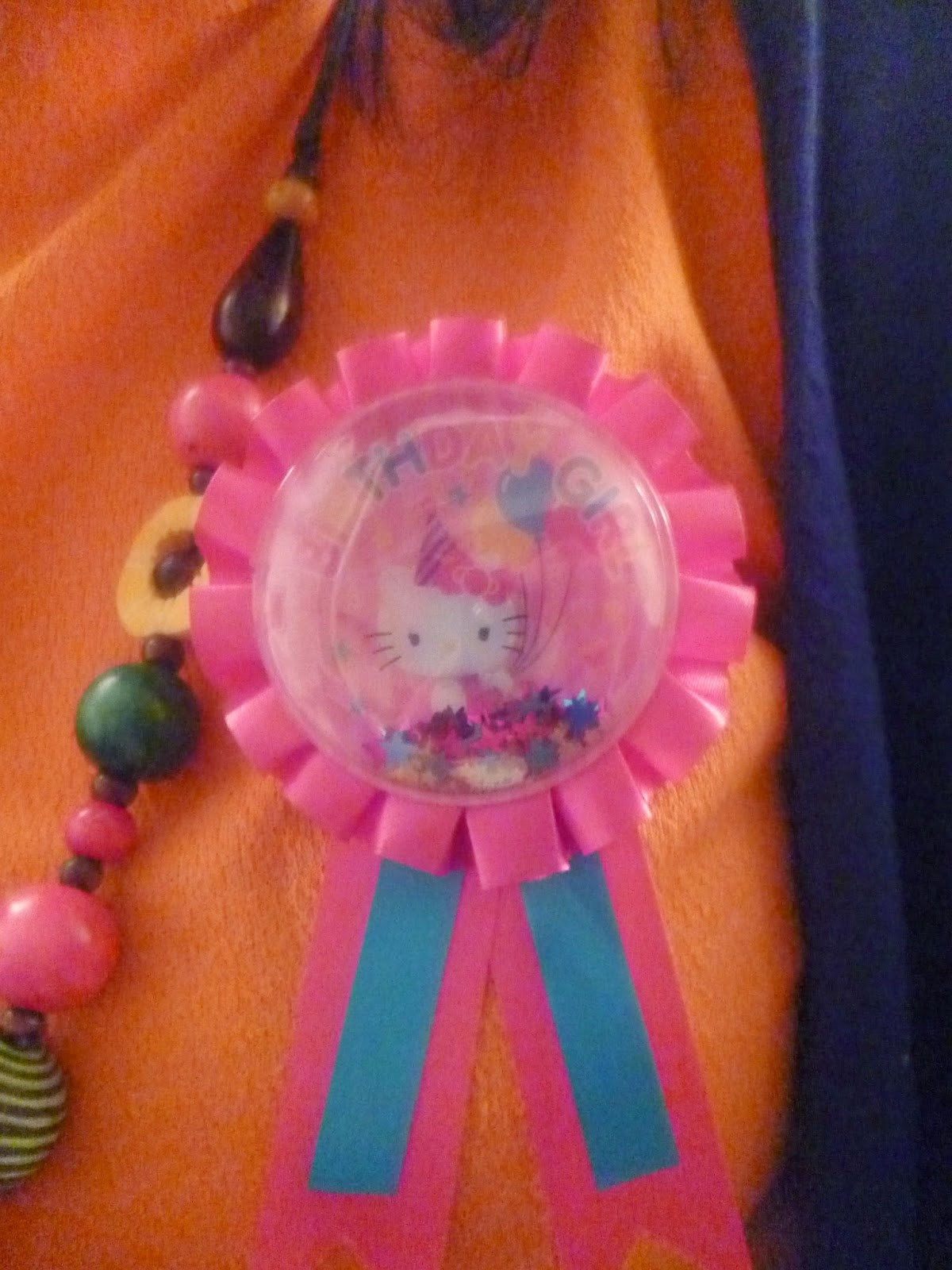 The beads are a purchase from Indonesia, the cardi I've had forever from Glasson, boots from Lippy and the tights could be from almost anywhere really. The dress is a bit tighter than I generally like a dress to be around my hips, but I kind of like it anyways. 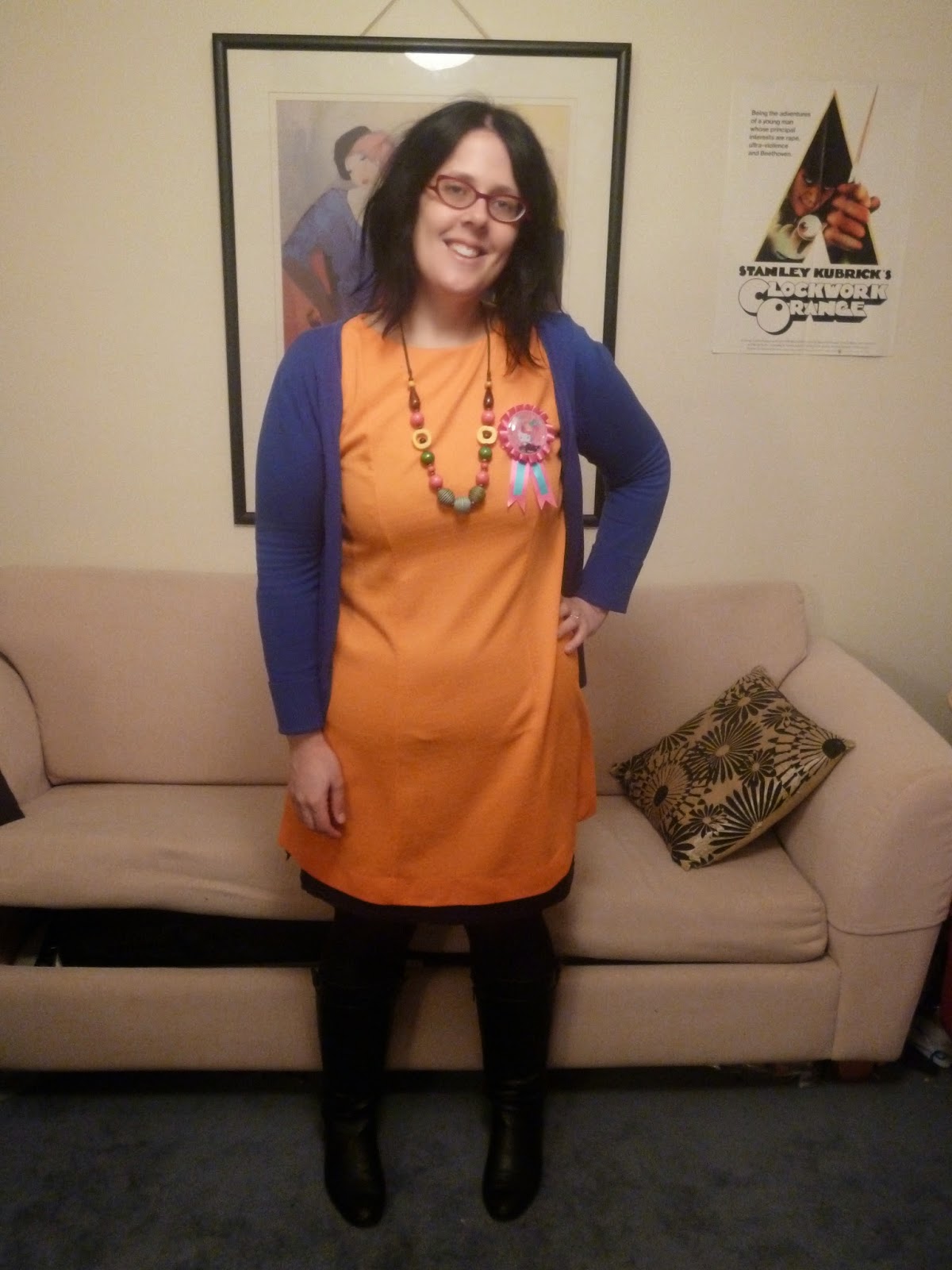 I wore it to work and then to a wee dessert get together we had the day after my birthday, time to finally break out the sprinkler shaker Emi bought me (its a unicorn!). 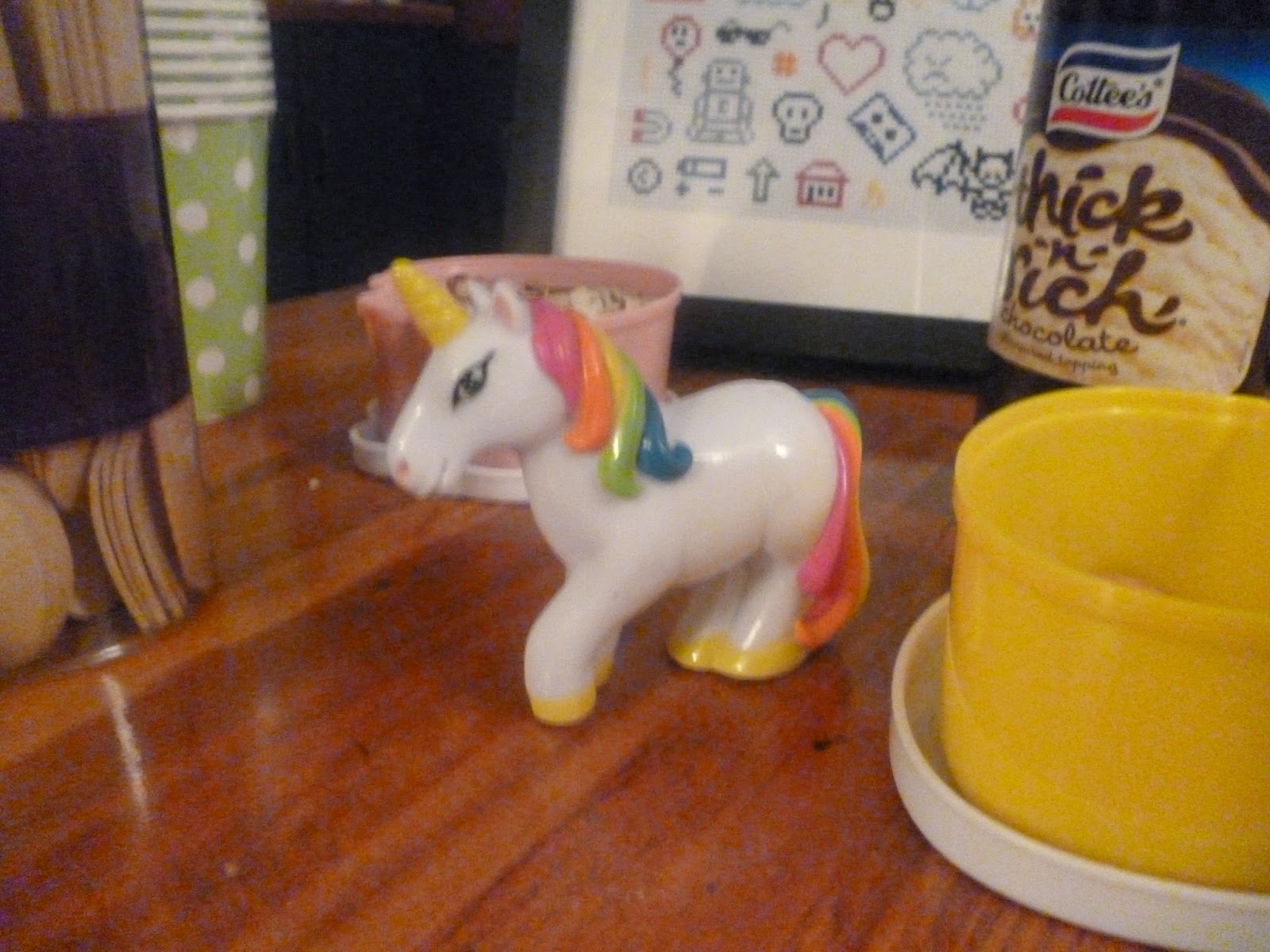 Also Ria bought over the most amazing zombie cupcakes - she totally gets me! 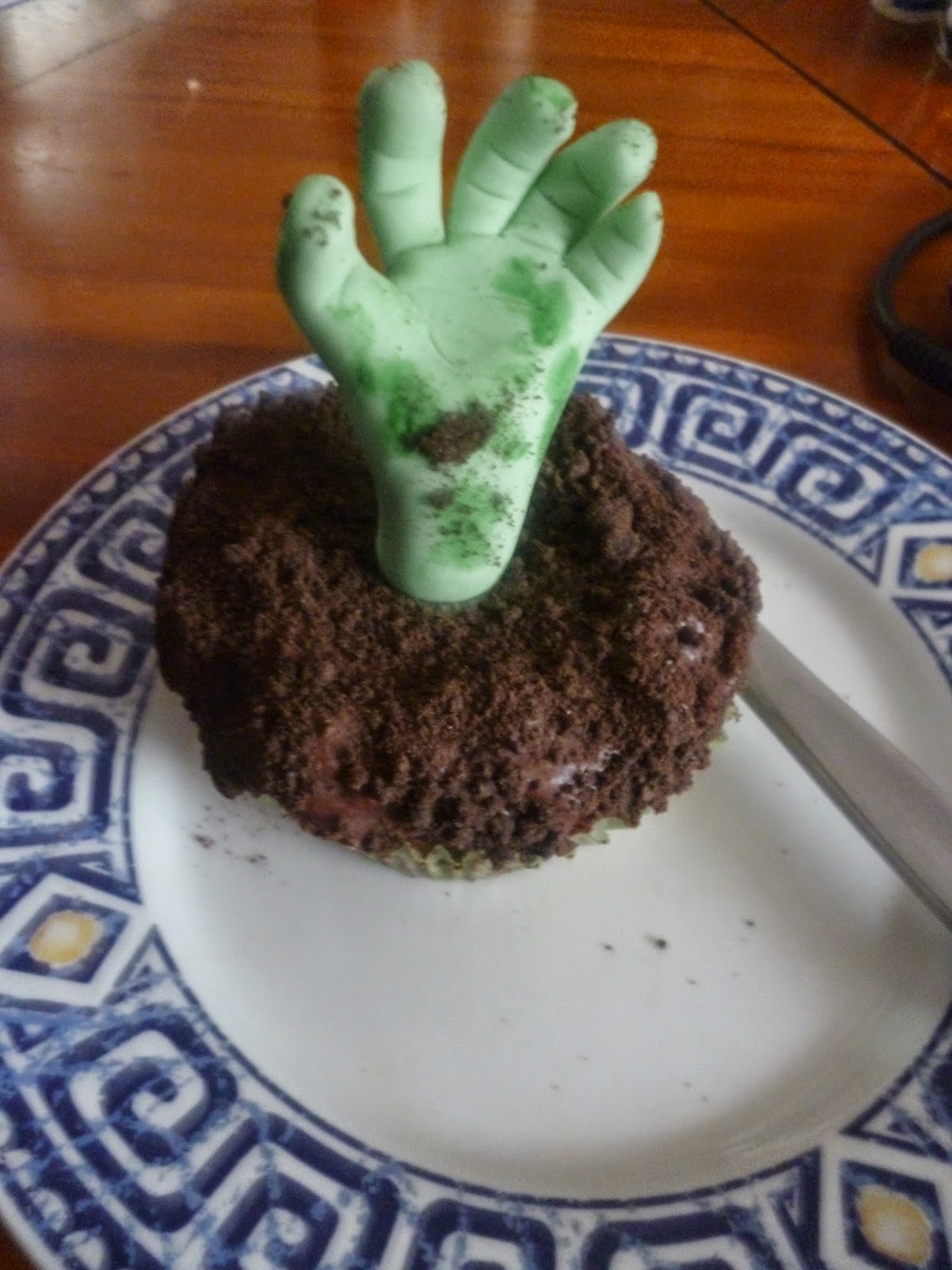 I hope you all have a great weekend, its totally FREEZING here - but at least we went and bought a bunch of tickets for the New Zealand International Film Festival today. When its as cold as this you may as well watch films right?
Posted by Trees at 2:35 pm

I'm so sorry I missed your dessert party, I really wanted to come! Right up until I had to weigh up busing home against getting a ride... and even then it was a tough call. We'll have to have dessert together soon! :)

Also, the the sprinkler shaker is fantastic and the zombie cupcakes are AMAZING. Go Ria!

I thought at first that you might be campaigning for the Hello Kitty Political Party, but then saw the text in the close-up :)

The film festival is my favourite time of year. Have you seen "What we did in the shadows"? (A Wellington vampire film as I'm sure you know.) Absolutely hilarious.

Love the outfit; the colours are gorgeous! It's always nice to see somebody wearing colour during the Winter when most people stick to neutrals. I'd gladly swap the weather with you- we've got a heatwave at the mo and it's about 30'c and soooo humid. It's a bit unbearable! xx

you obviously NEEDED that hello kitty badge! i braved wal-mart to get it! so jealous of your sprinkles unicorn! <3