A weekend in Hawera

It was my Mum's 60th birthday a few weeks ago so Rich and I headed up to Taranaki for the celebrations. 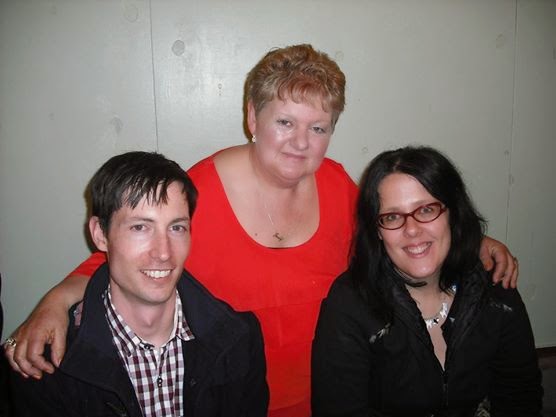 We chose to stay in "town" as there were various people staying at Mum and Dad's place that had traveled further than us to go to the party so it only seemed fair.

On the day after the party Rich and I had some time free as everyone else was busy at home so we decided to "play tourists in Hawera".

Although my parents still live in the province where I grew up, they no longer live in or near the town I grew up in. I grew up in Stratford, that's obviously Stratford upon Patea (because the council thinks its great to play up that angle) rather than Stratford upon Avon.

Anyway back to Hawera - I haven't actually spent much time here, but its the second biggest town in Taranaki (the biggest being New Plymouth - which is actually a city so I guess Hawera is the biggest town!). The population is 11,000. Did I ever mention that pretty much no-one lives in New Zealand?

There are actually quite a few pretty old buildings in Hawera (well old by local standards!) 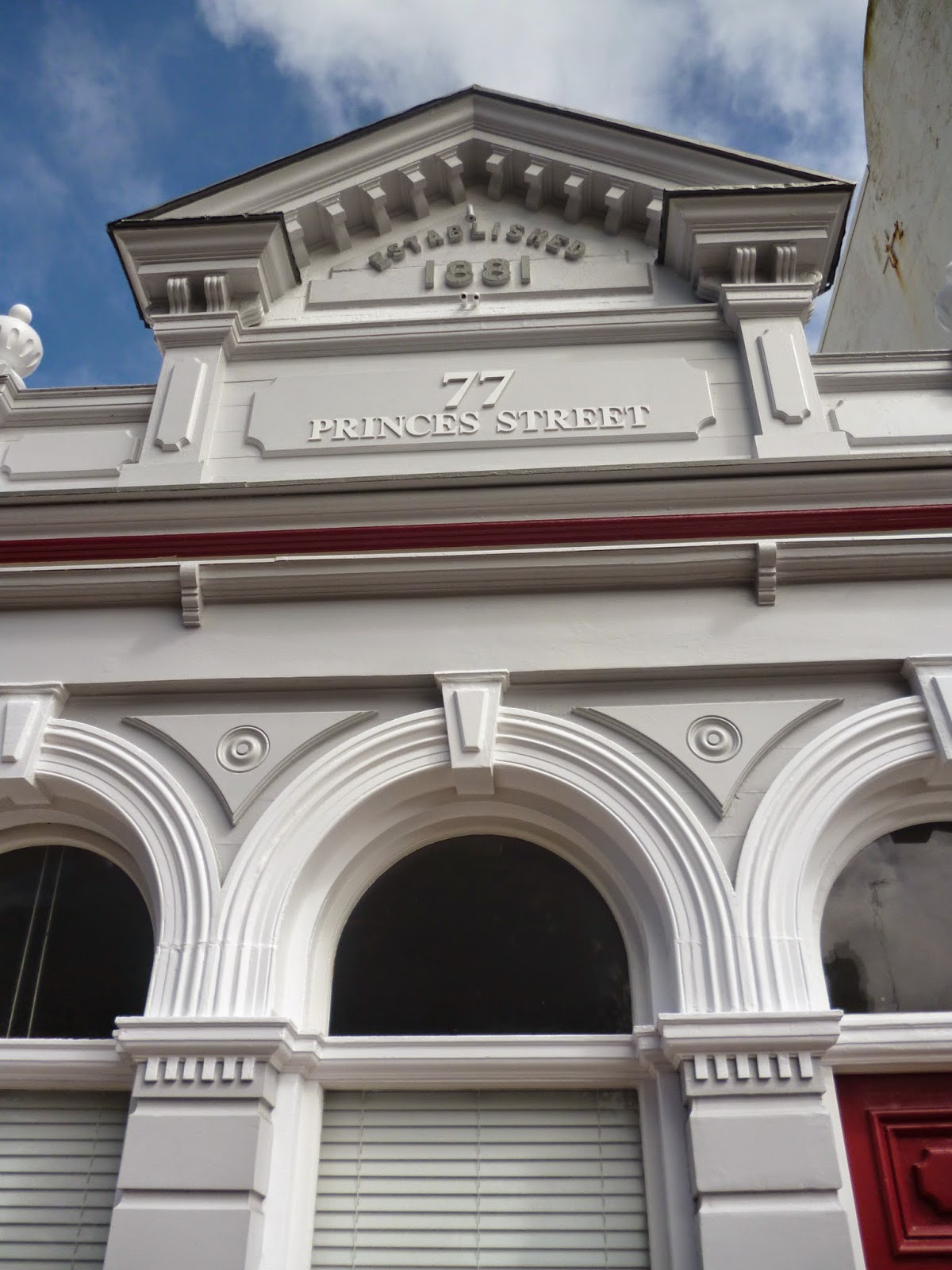 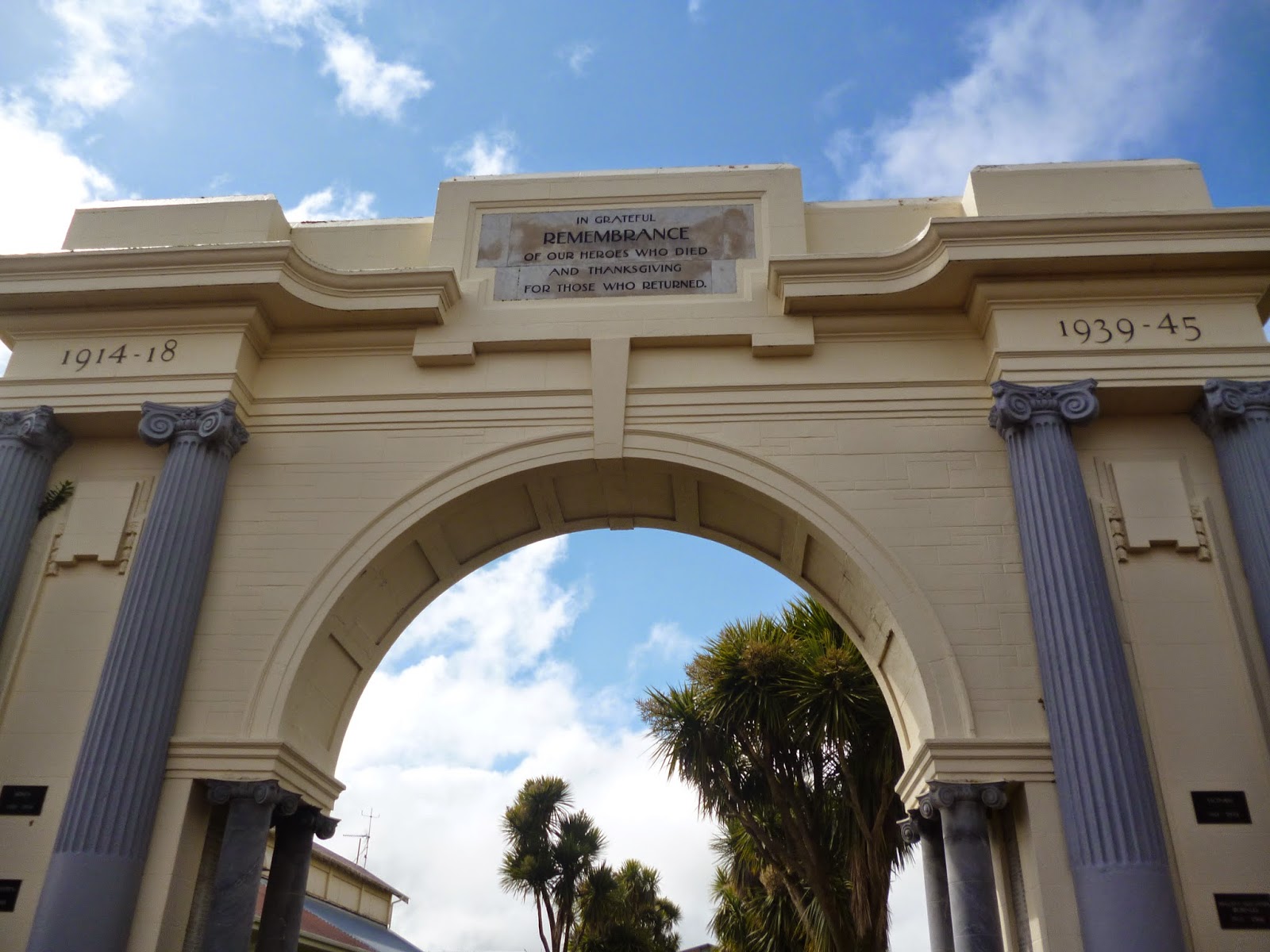 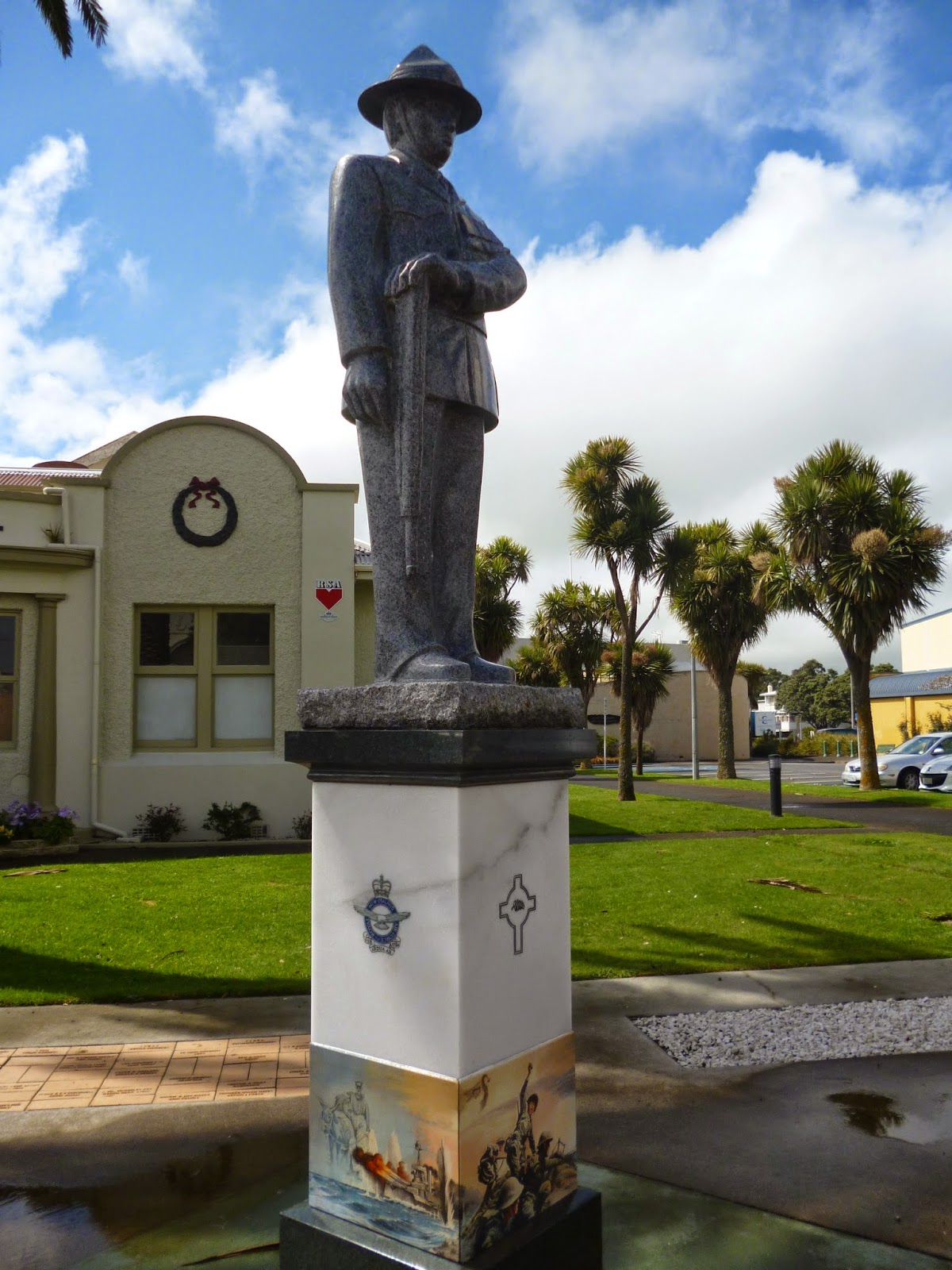 We decided to go an check out the Hawera Water Tower - if you know me in real life, or if you have followed this blog for a while you will know that if I see a tower and I can climb to the top I will.

Despite growing up in Taranaki - this was my first chance to climb to the top of the water tower. 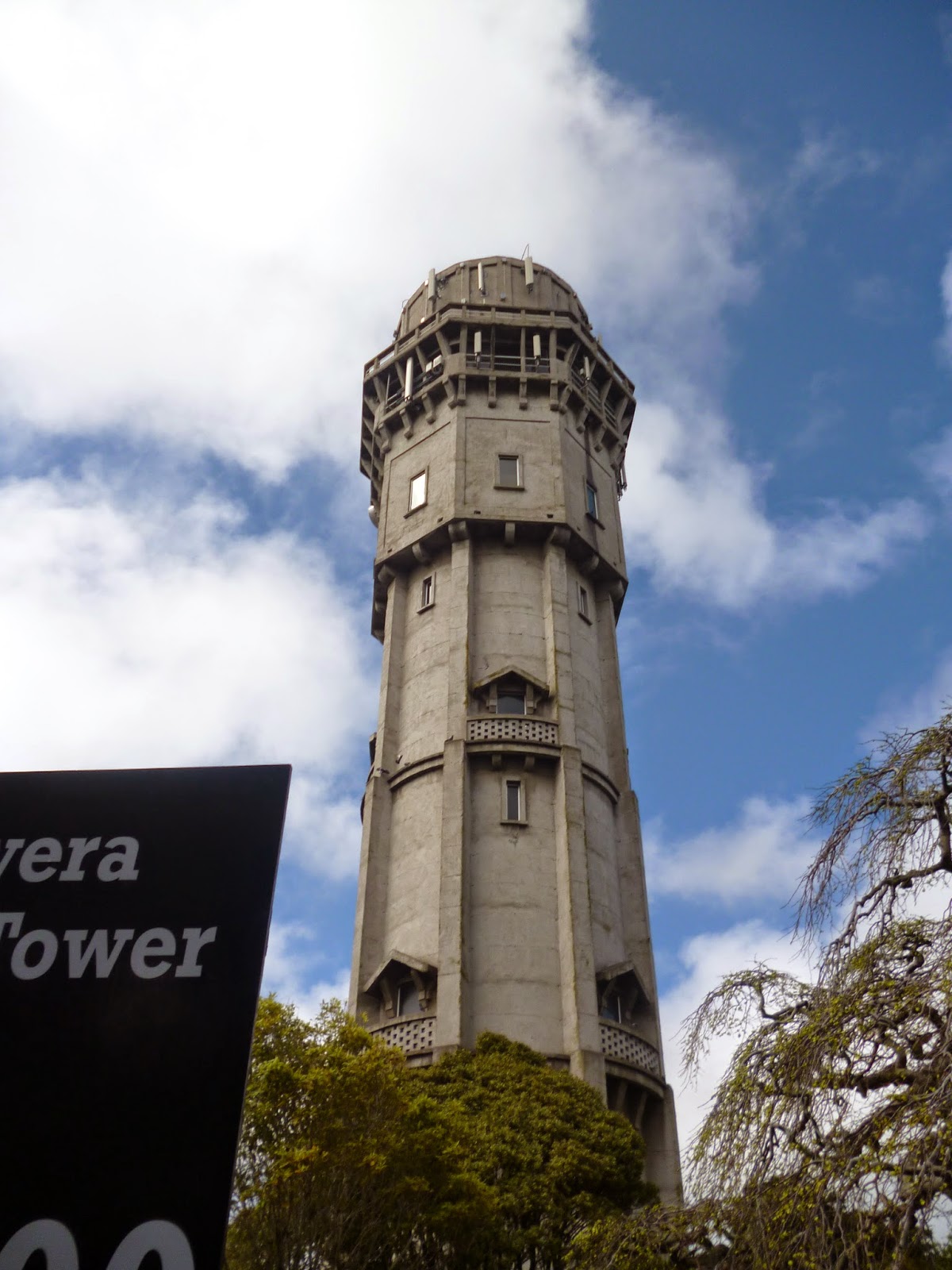 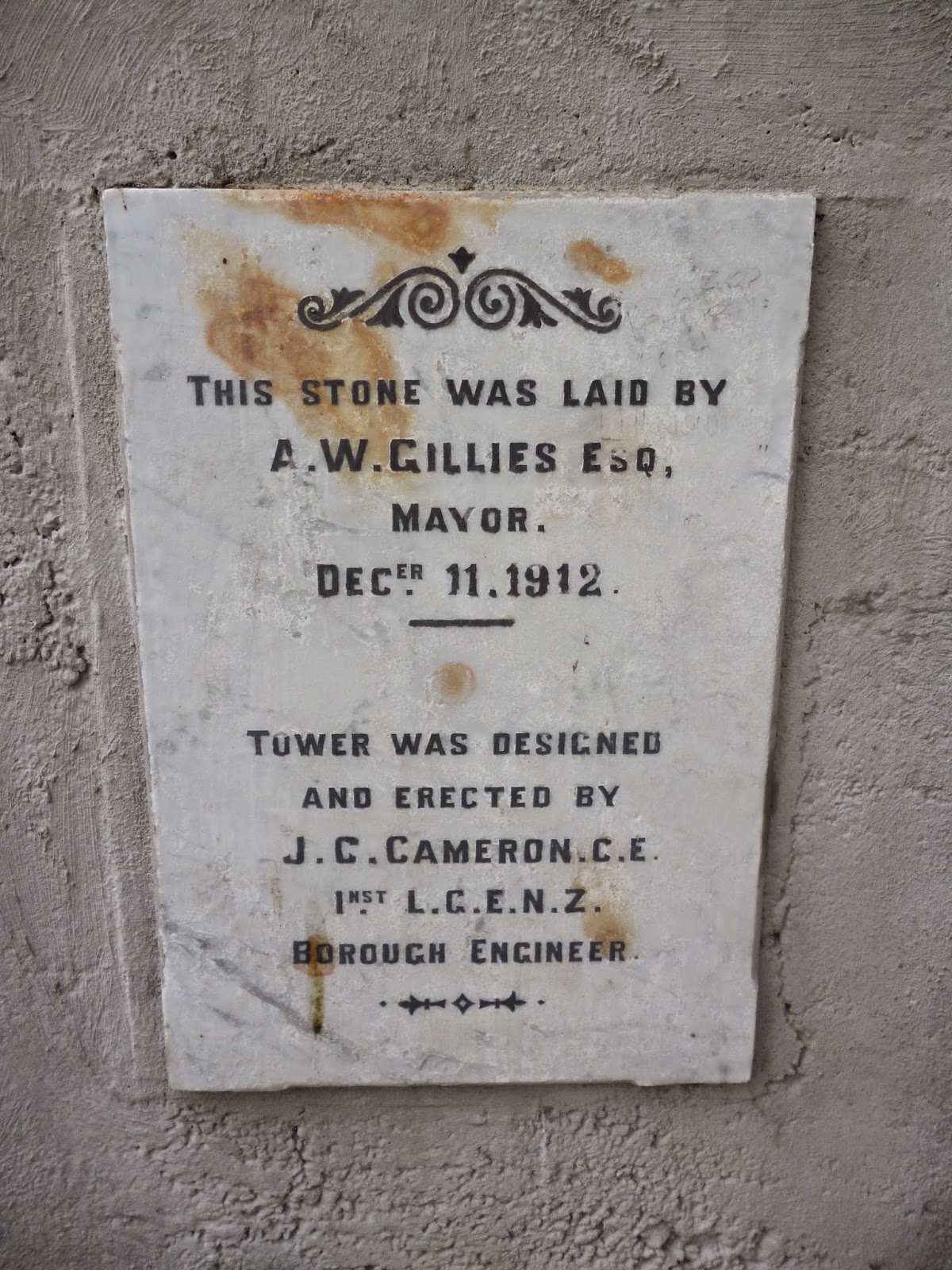 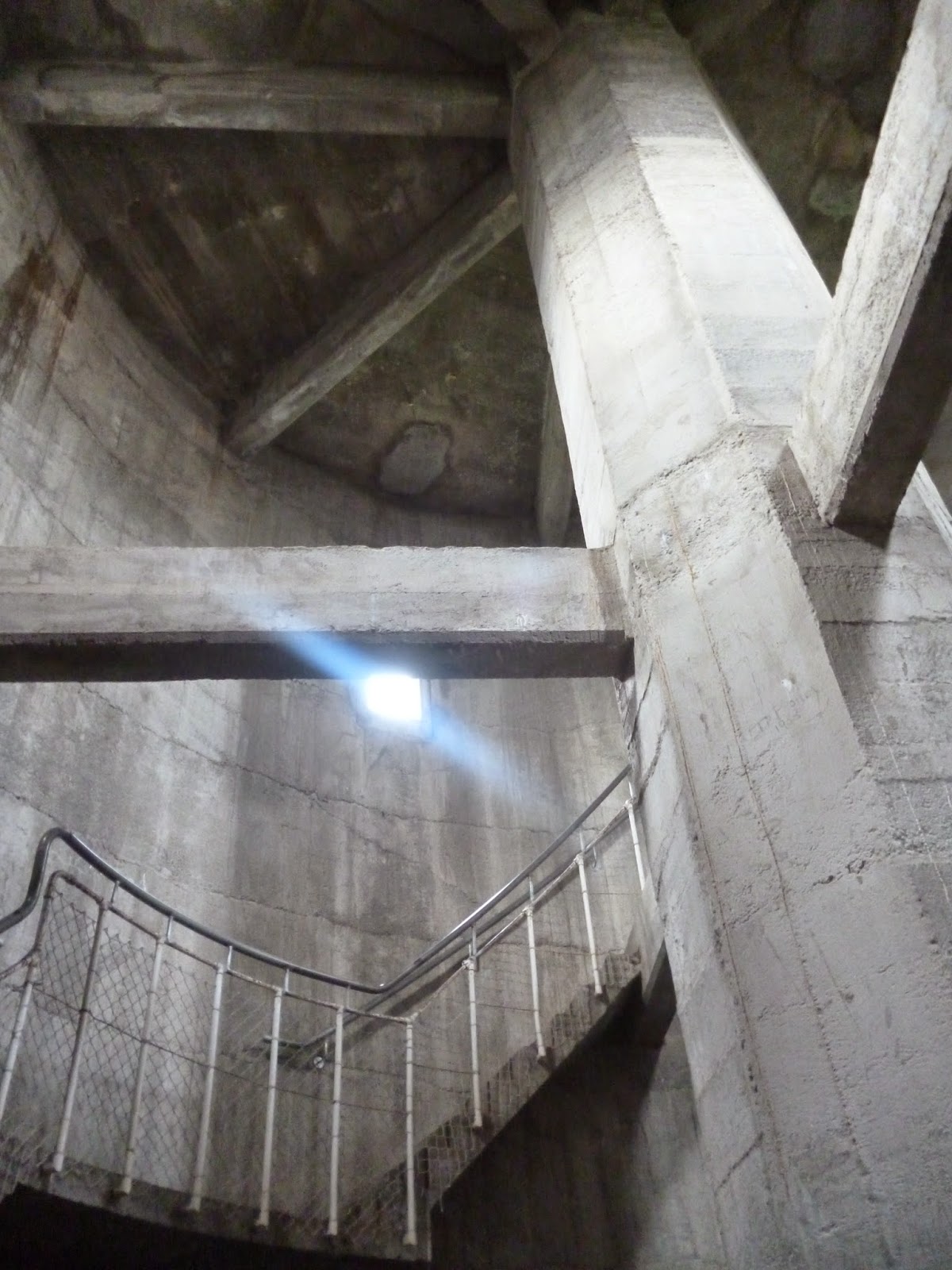 There was a warning on the door of the tower saying that there were a significant number of steep stairs - but it was actually a pretty easy climb. Naturally I raced to the top, Rich took his time and whistled creepy tunes to freak me out. 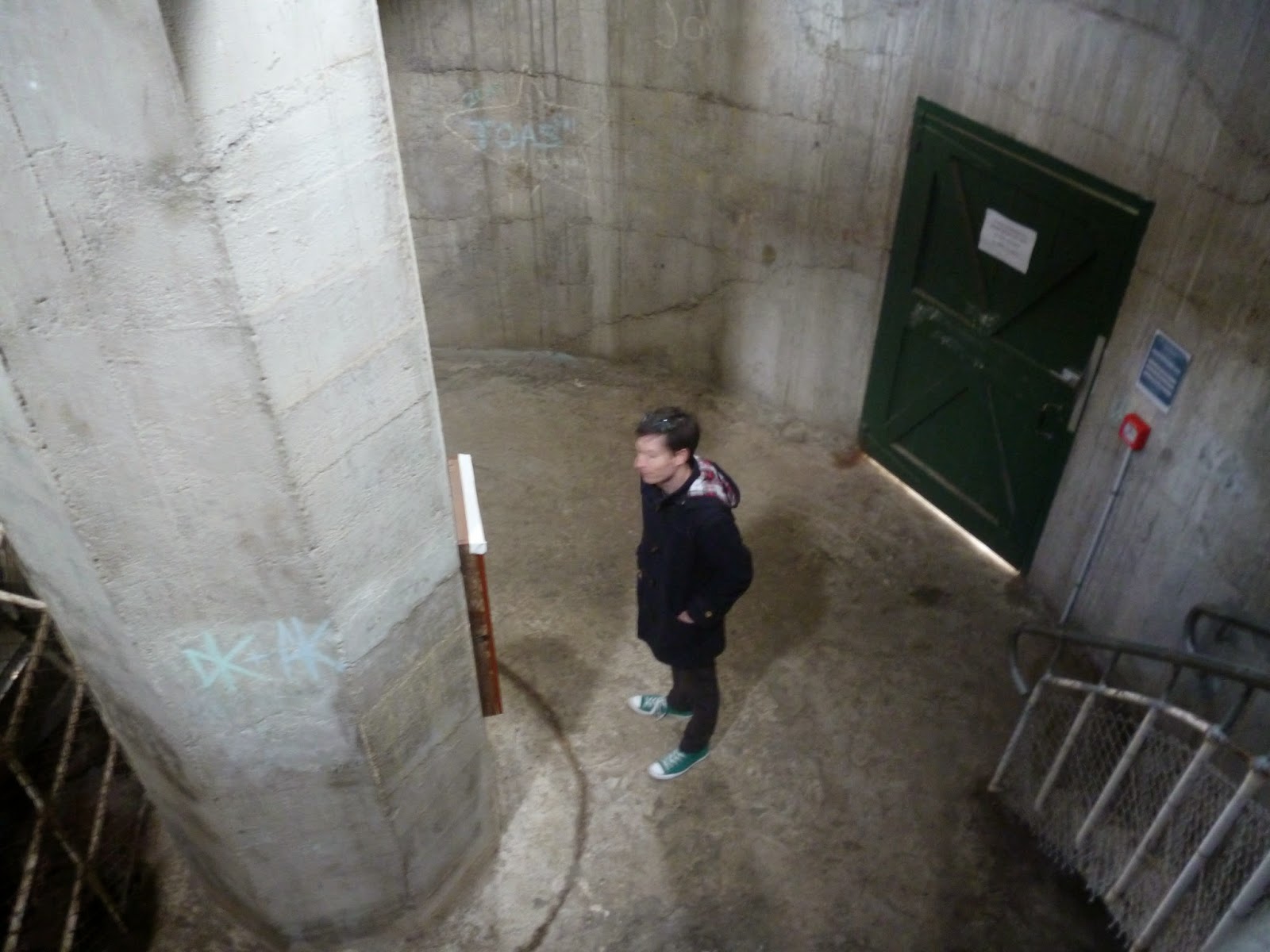 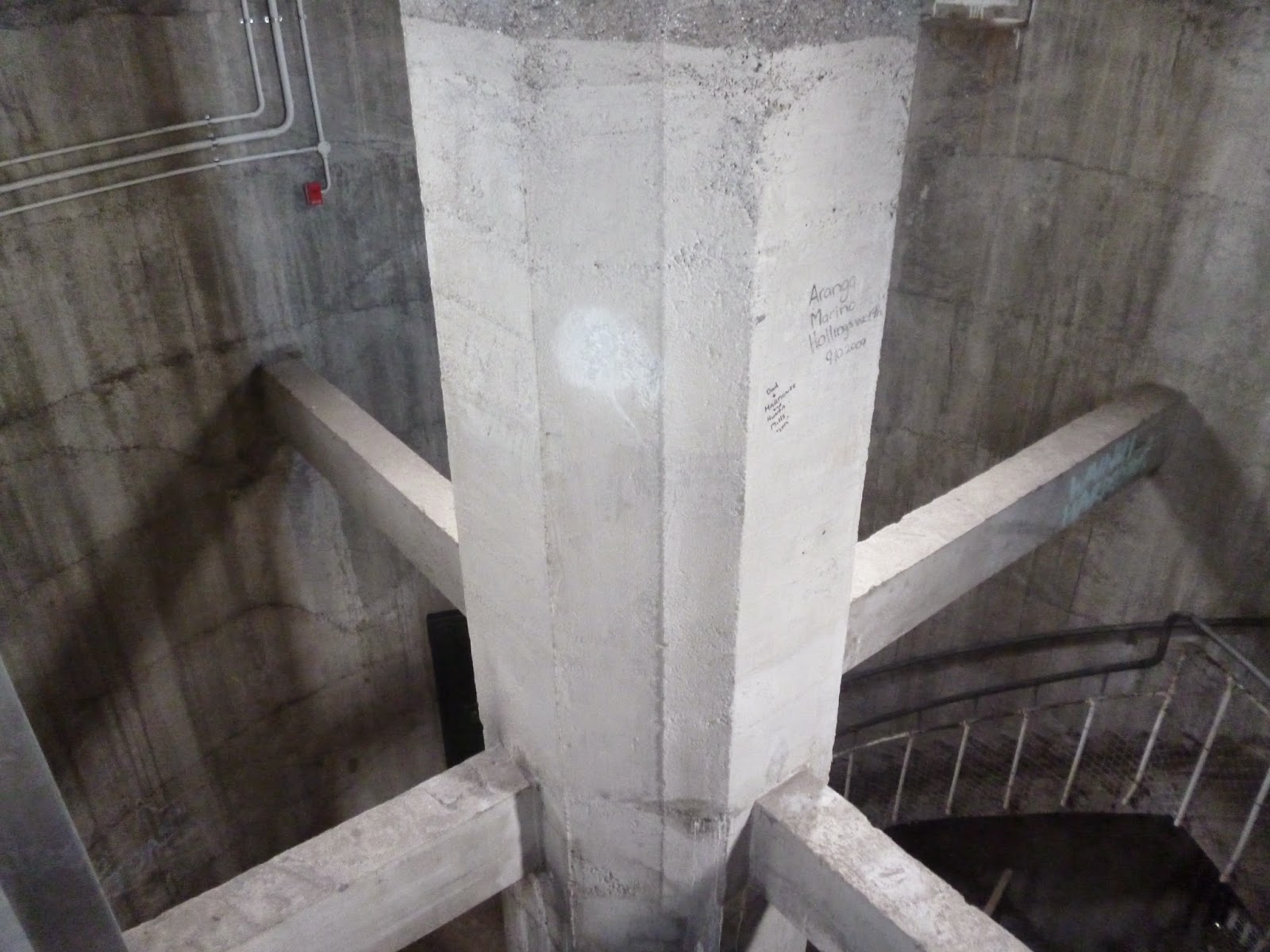 As you reached higher up in the tower, there was more street art (or perhaps tower art) - this piece was particularly relevant to me, although my look is perhaps more appropriate for The Cure than The Smiths. 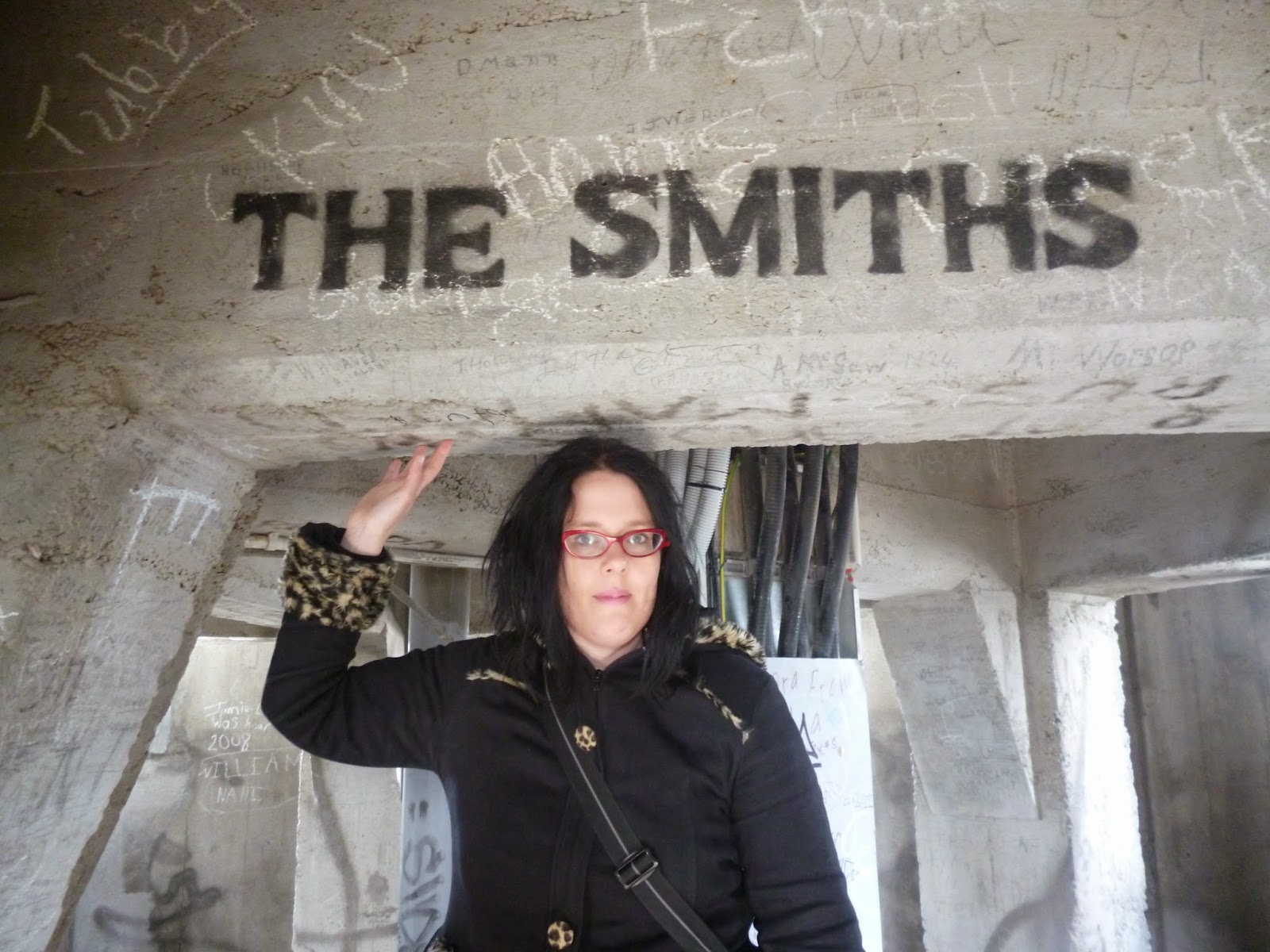 When we made it to the top - the view was actually more impressive than I thought it would be! 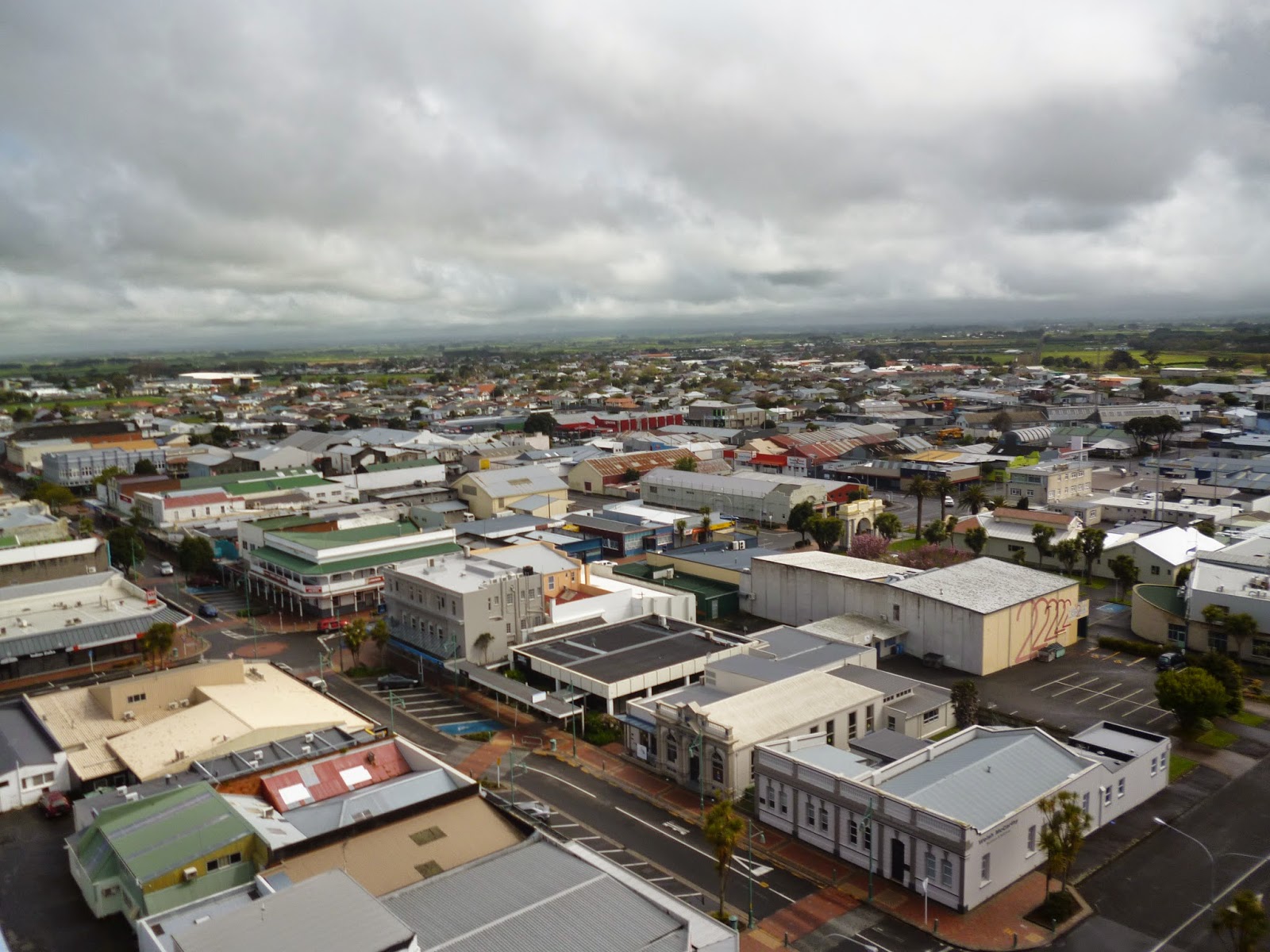 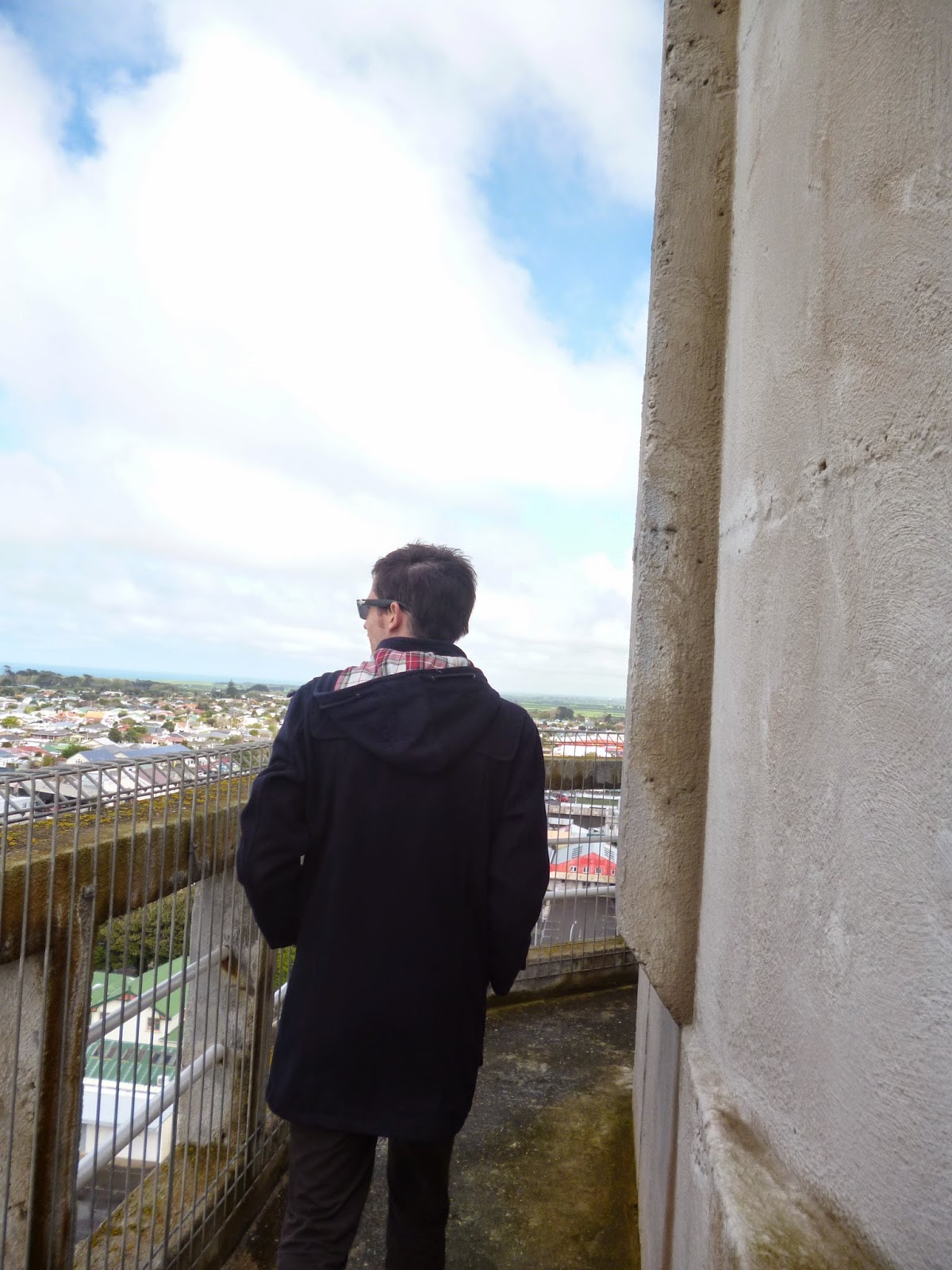 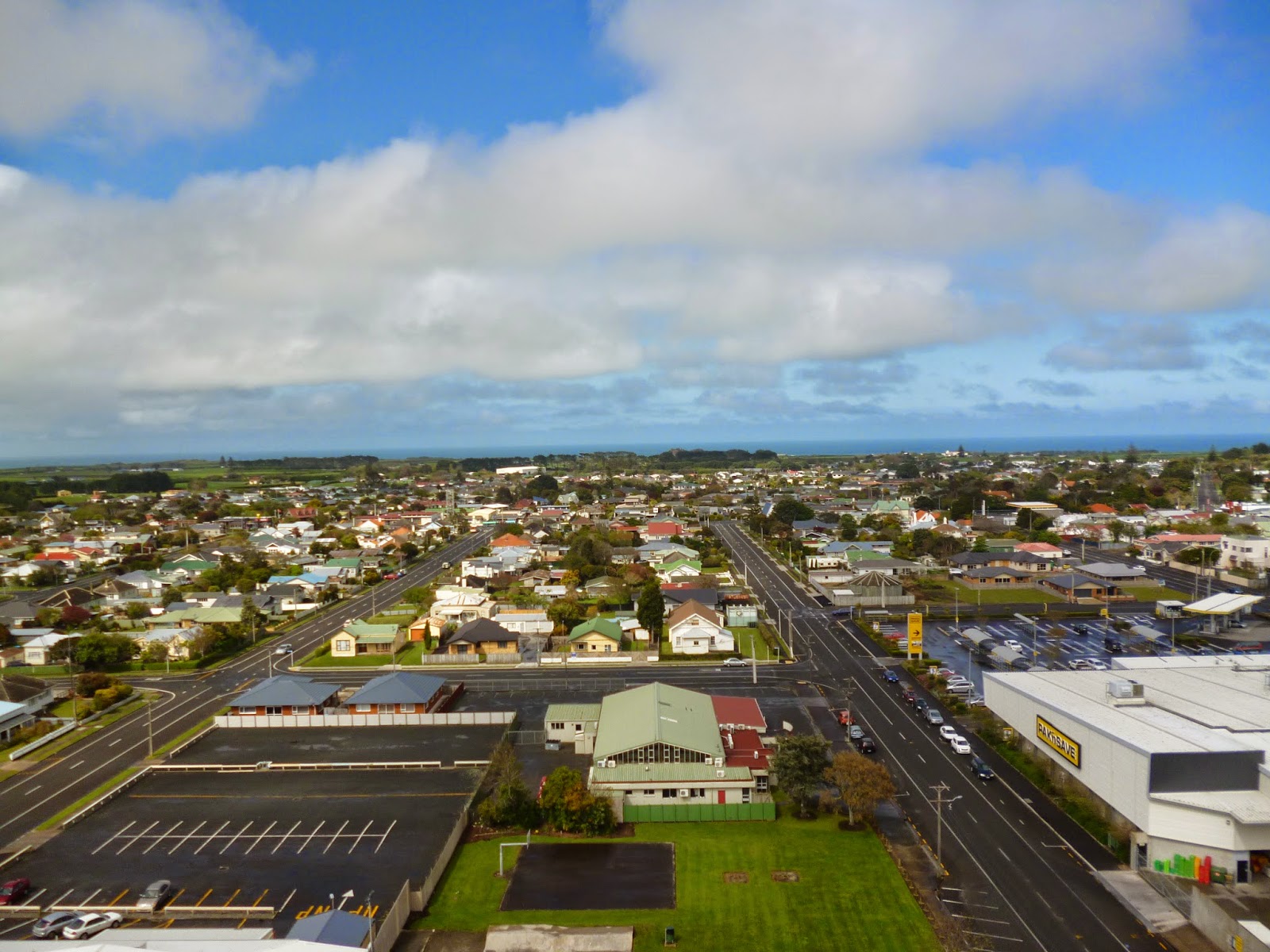 It was also much windier at the top of the water tower than I was expecting! 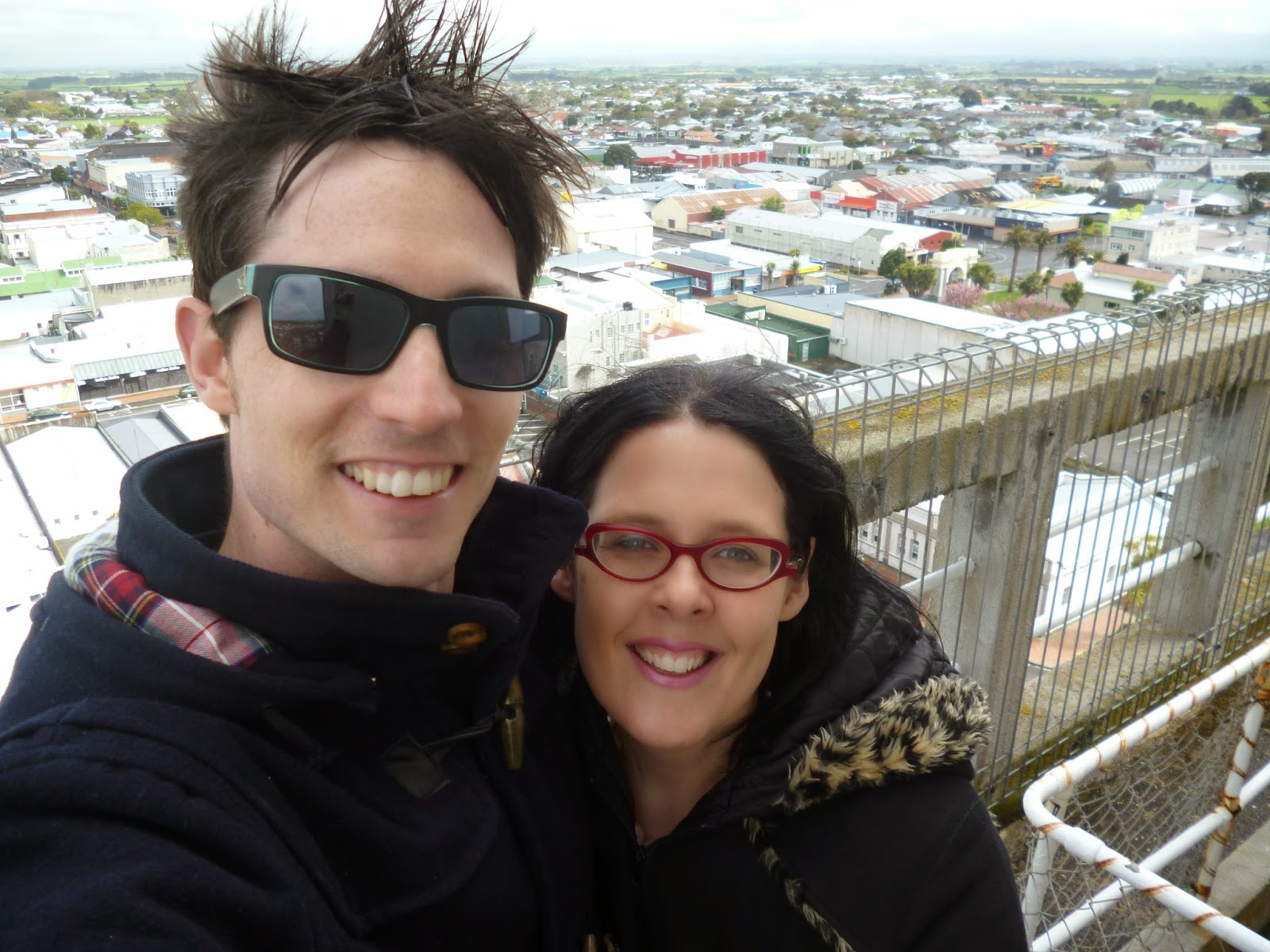 The water tower was pretty fun - but we still had some more time left to kill, so we went and checked out the town gardens. I forget what they are called - maybe Kind Edward? Something royal anyway.

They are quite traditional gardens and it looks like they are very well taken care of, but to be honest, my biggest memory of these gardens as a kid was falling off the pirate ship in the play ground (that was a bad day). 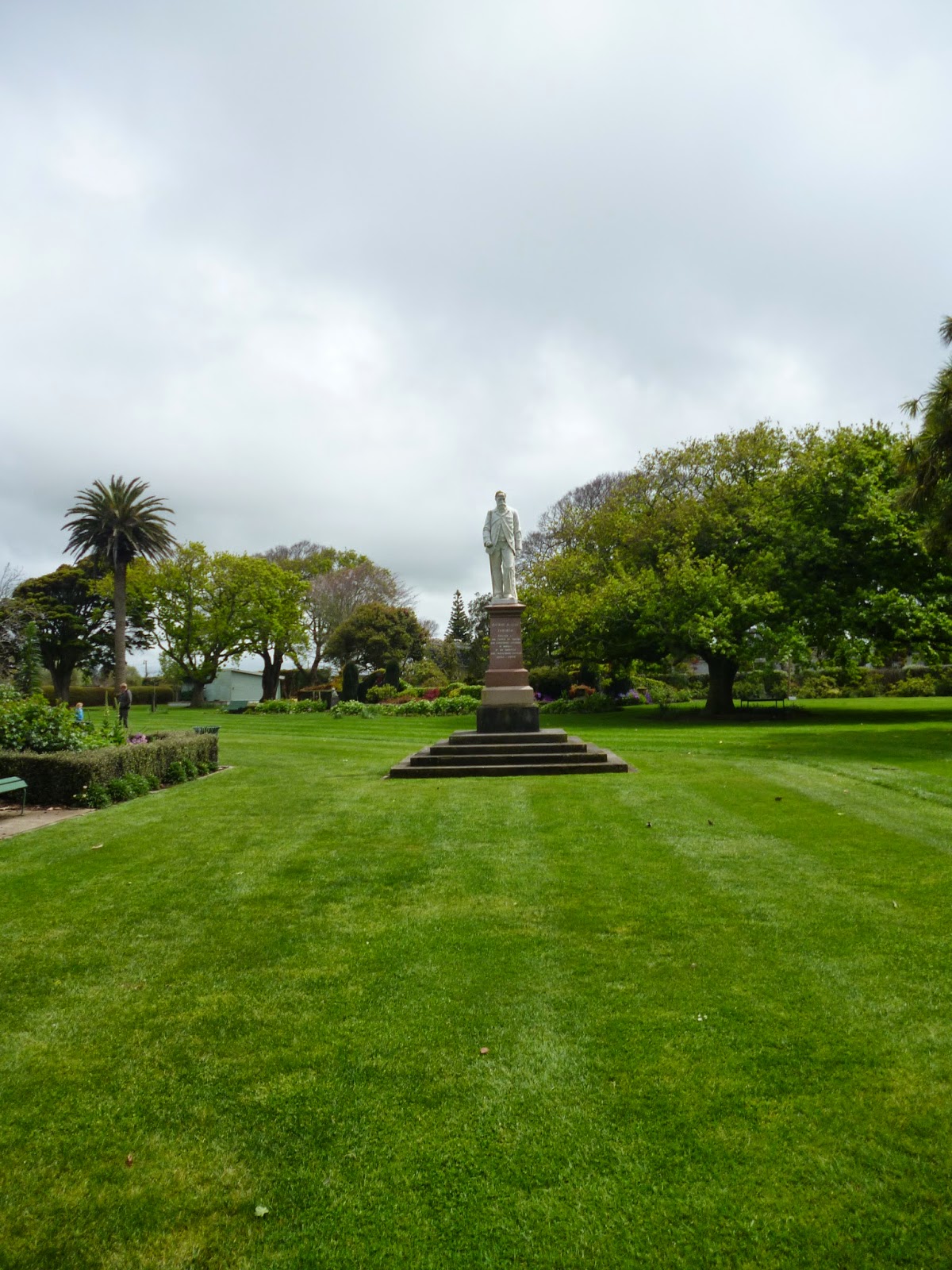 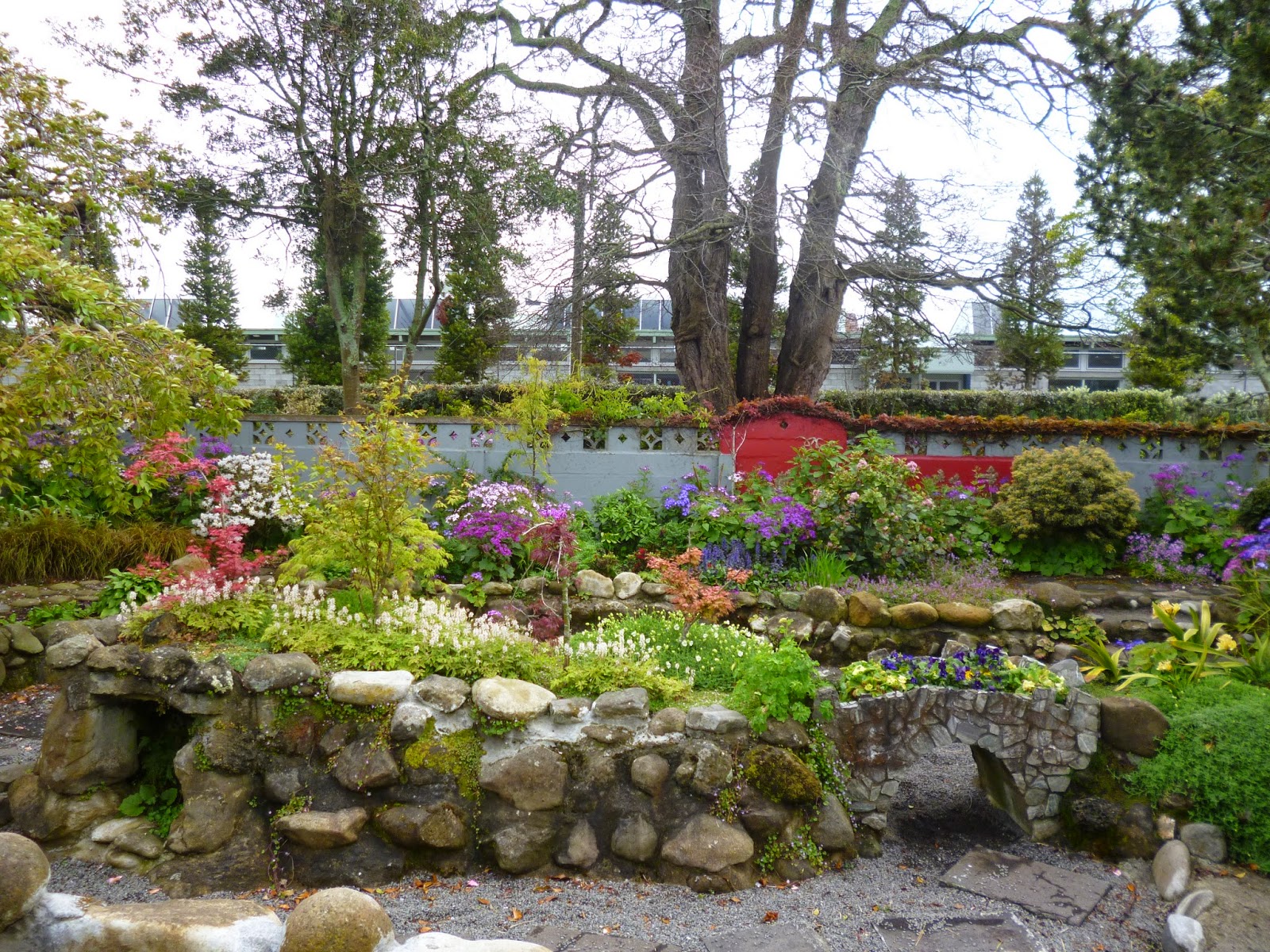 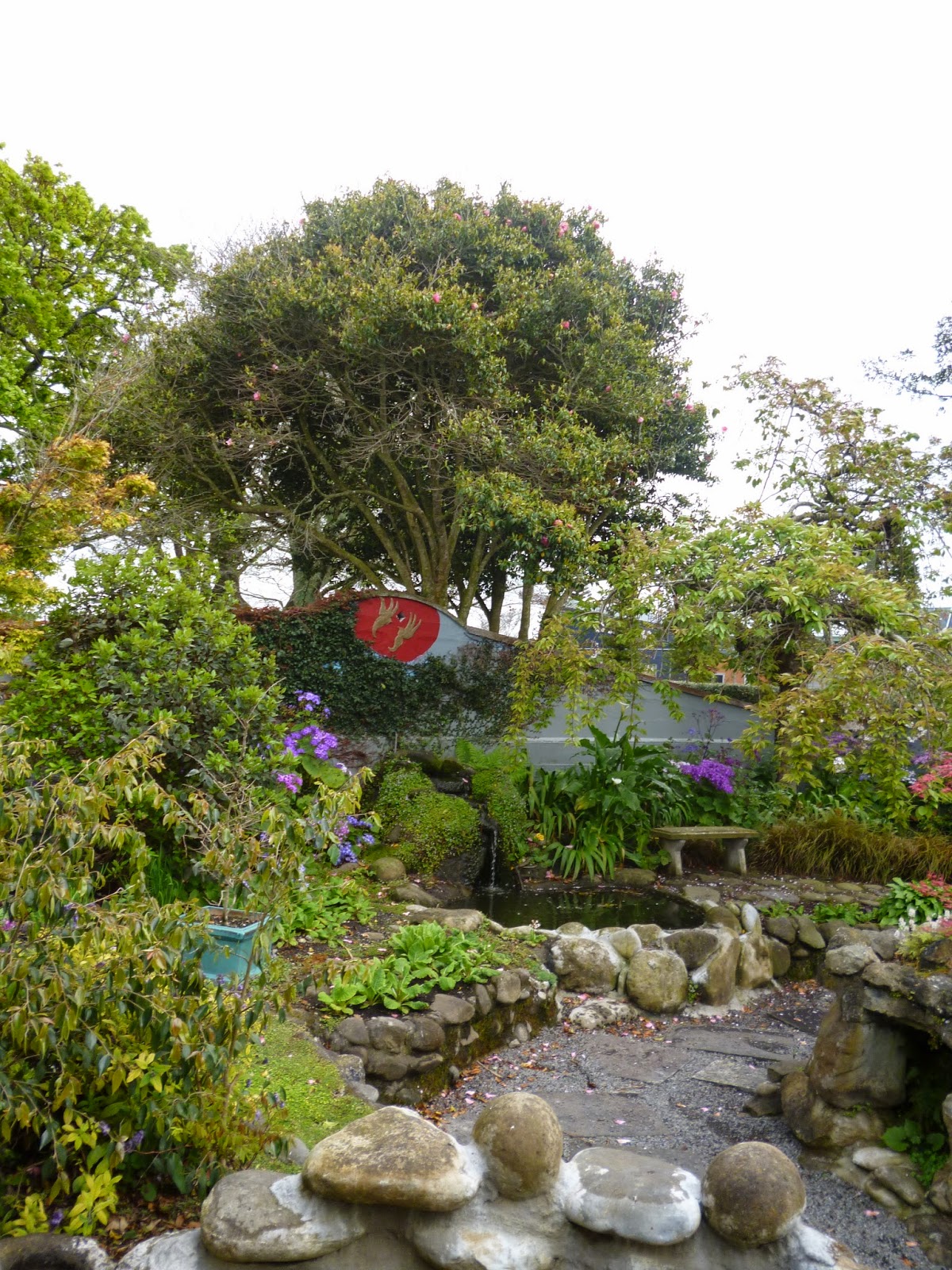 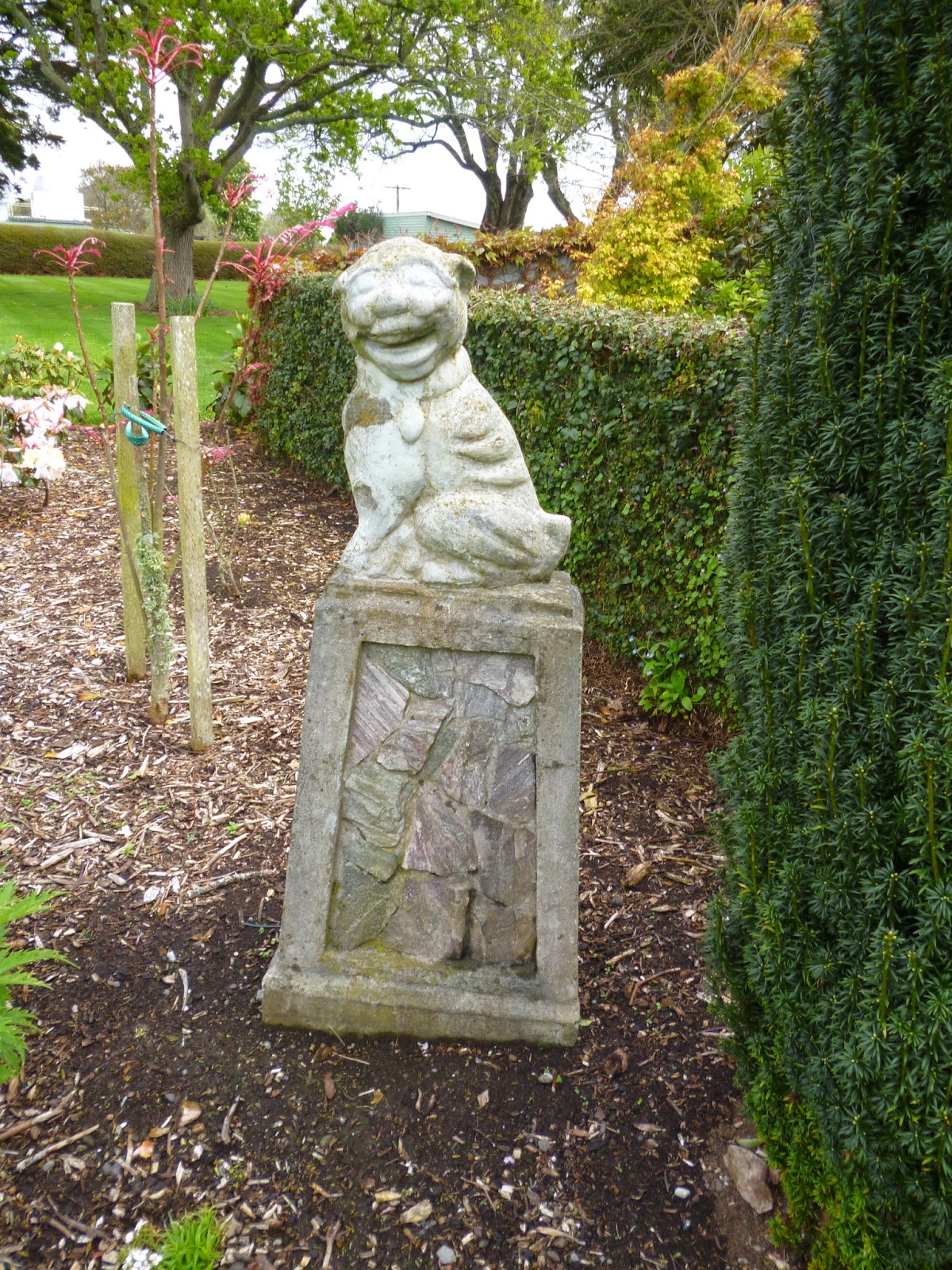 Rich and I thought that the gateway to the Chinese garden looked like something out of a Hobbit village. 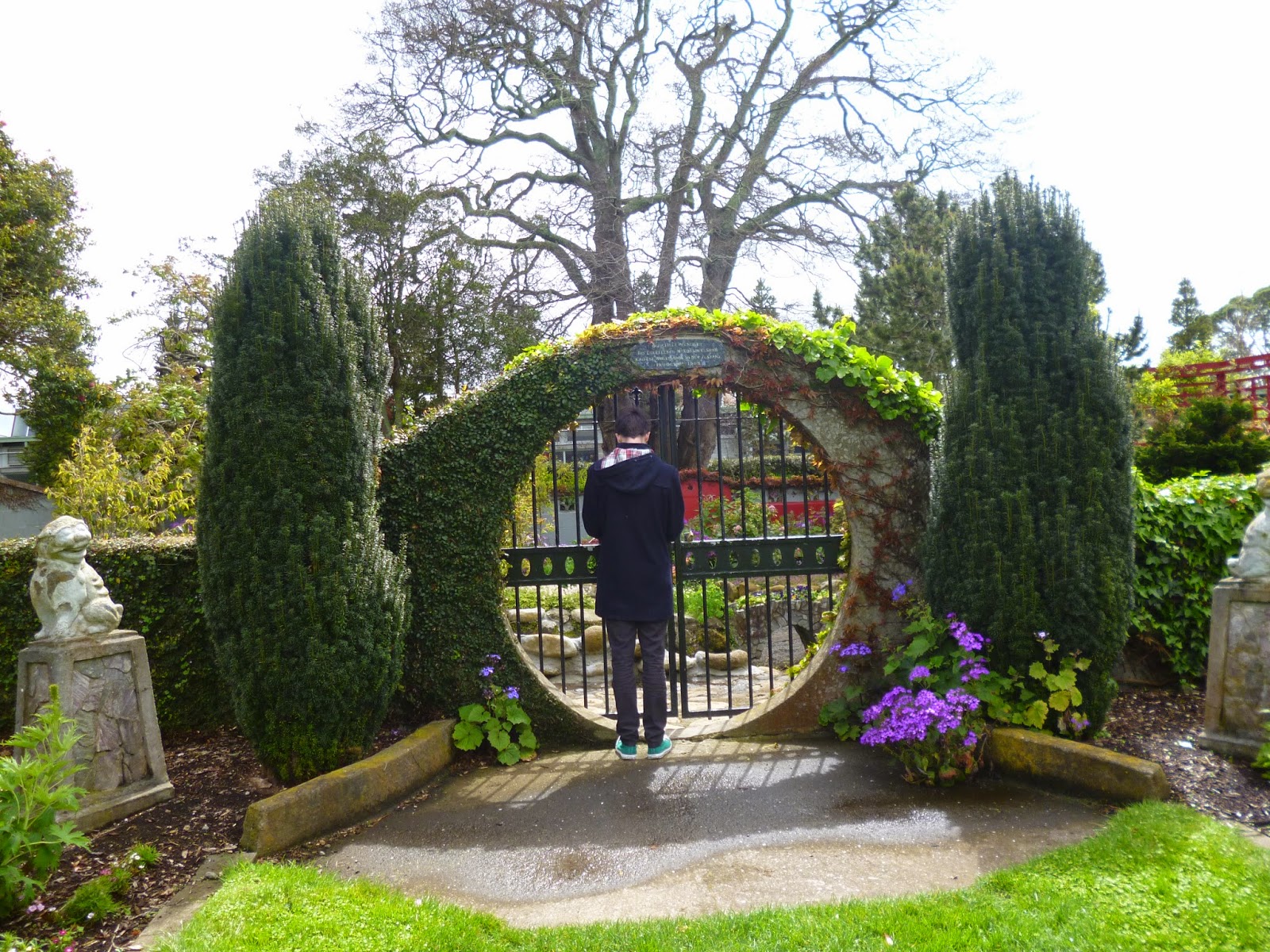 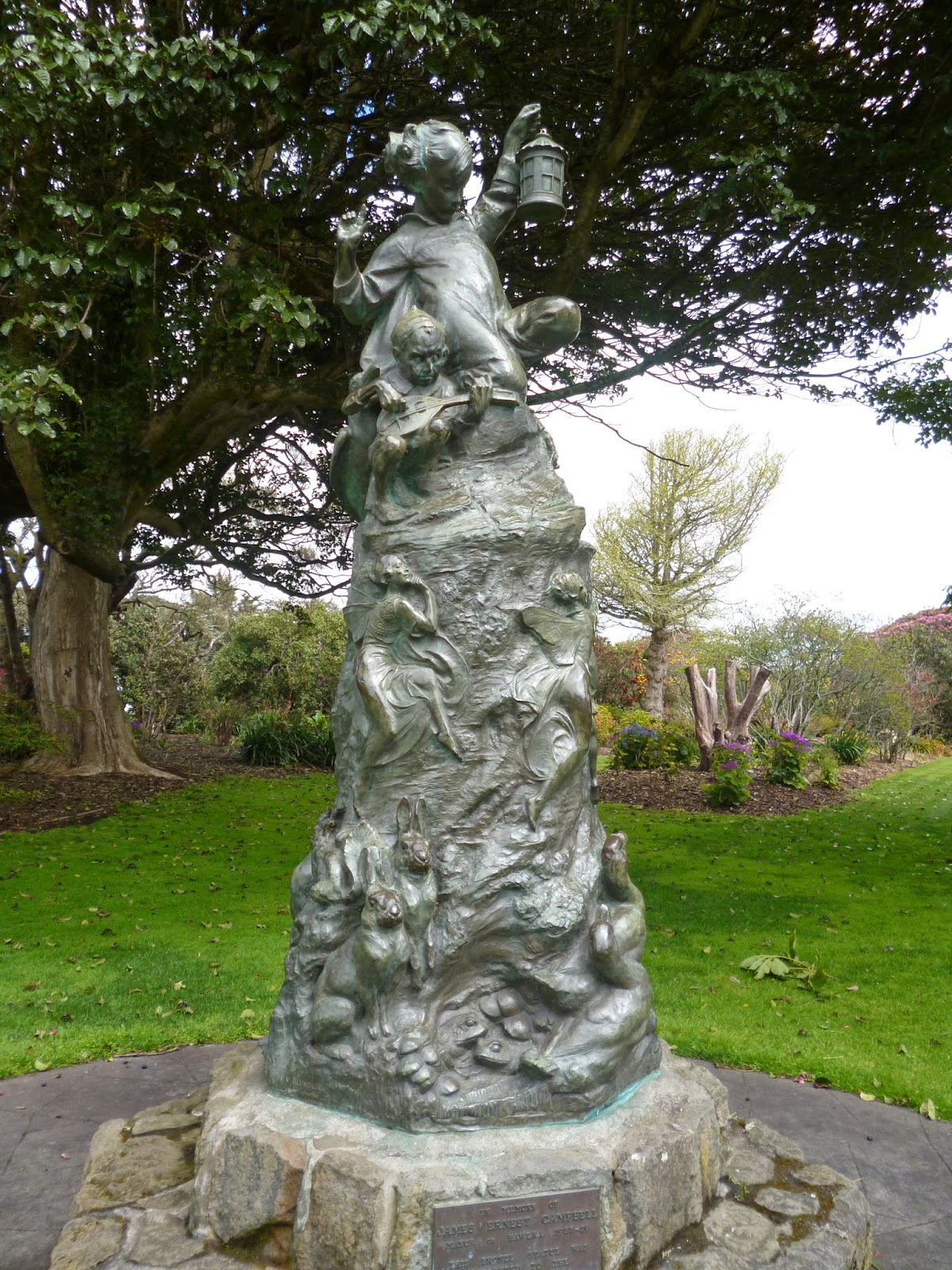 This weird sculpture was a memorial to one of Hawera's mayors - it was pretty weird and very non-New Zealand. It includes a whole bunch of animals that don't even exist in New Zealand and looks like its half way between a homage to Hans Christian Anderson and some kind of Gaelic folk story. At least the rabbits were cute. 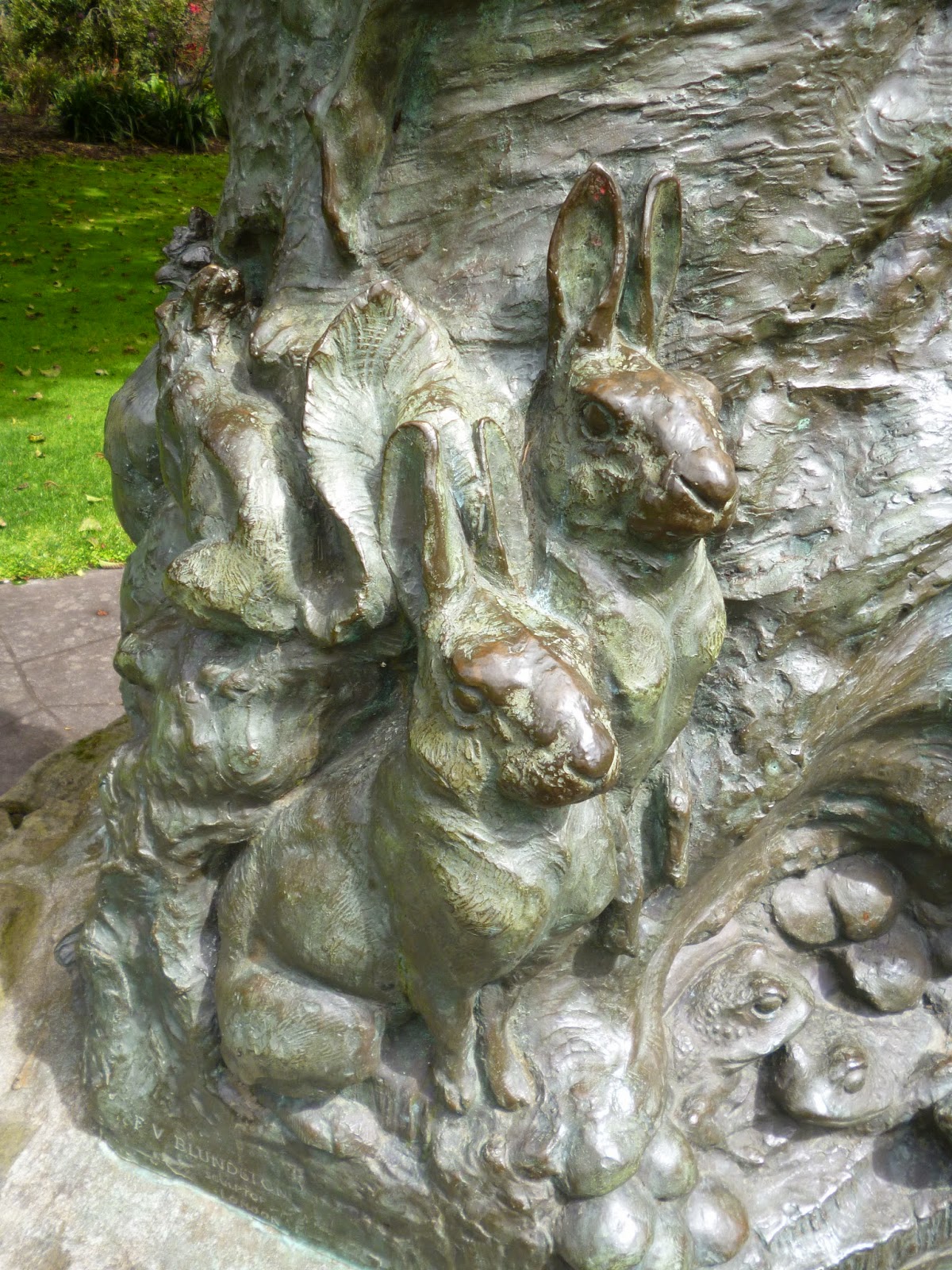 These blossoms were in bloom and were really pretty - although they were falling to the ground at a pretty alarming rate due to the wind. 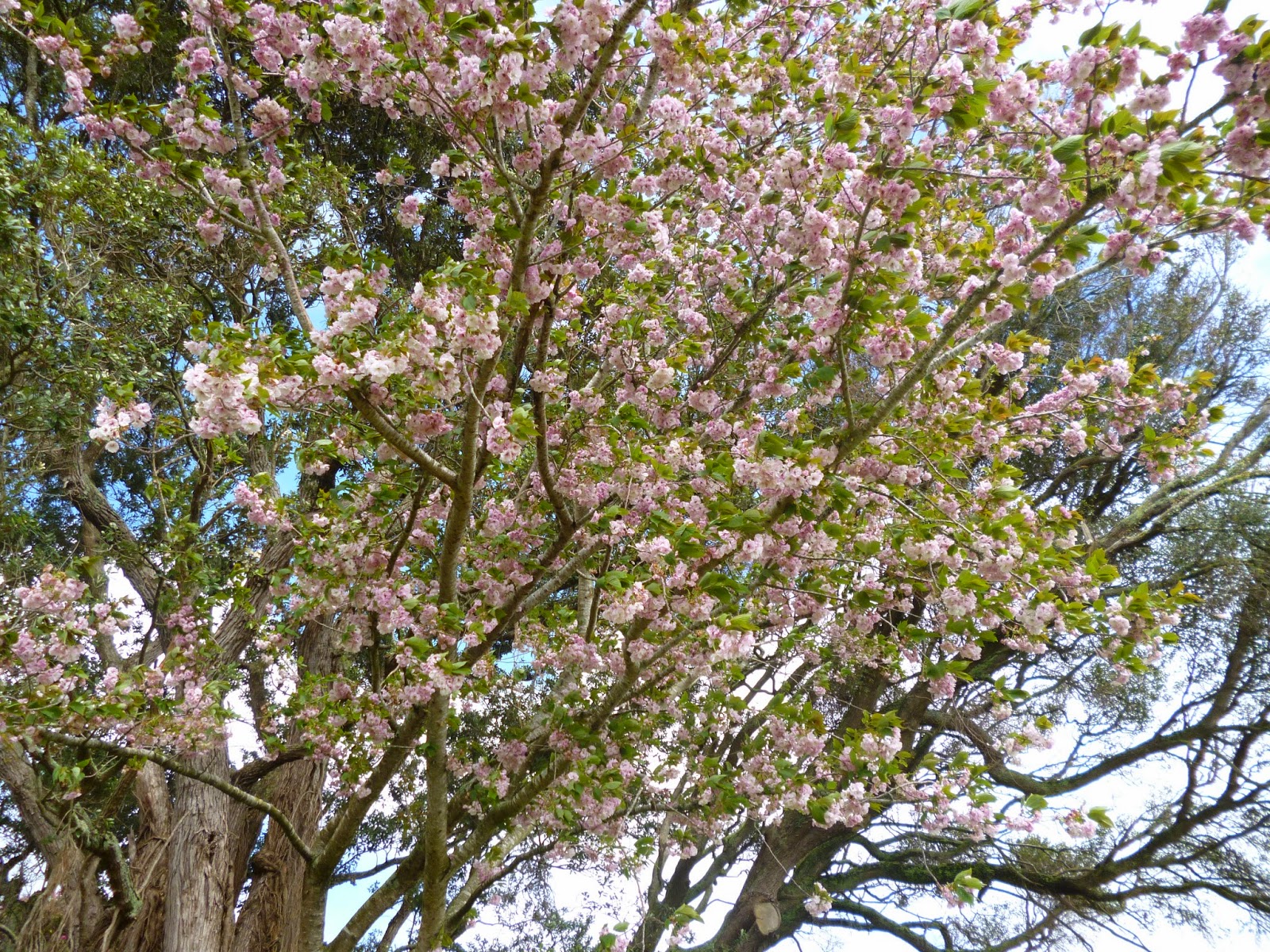 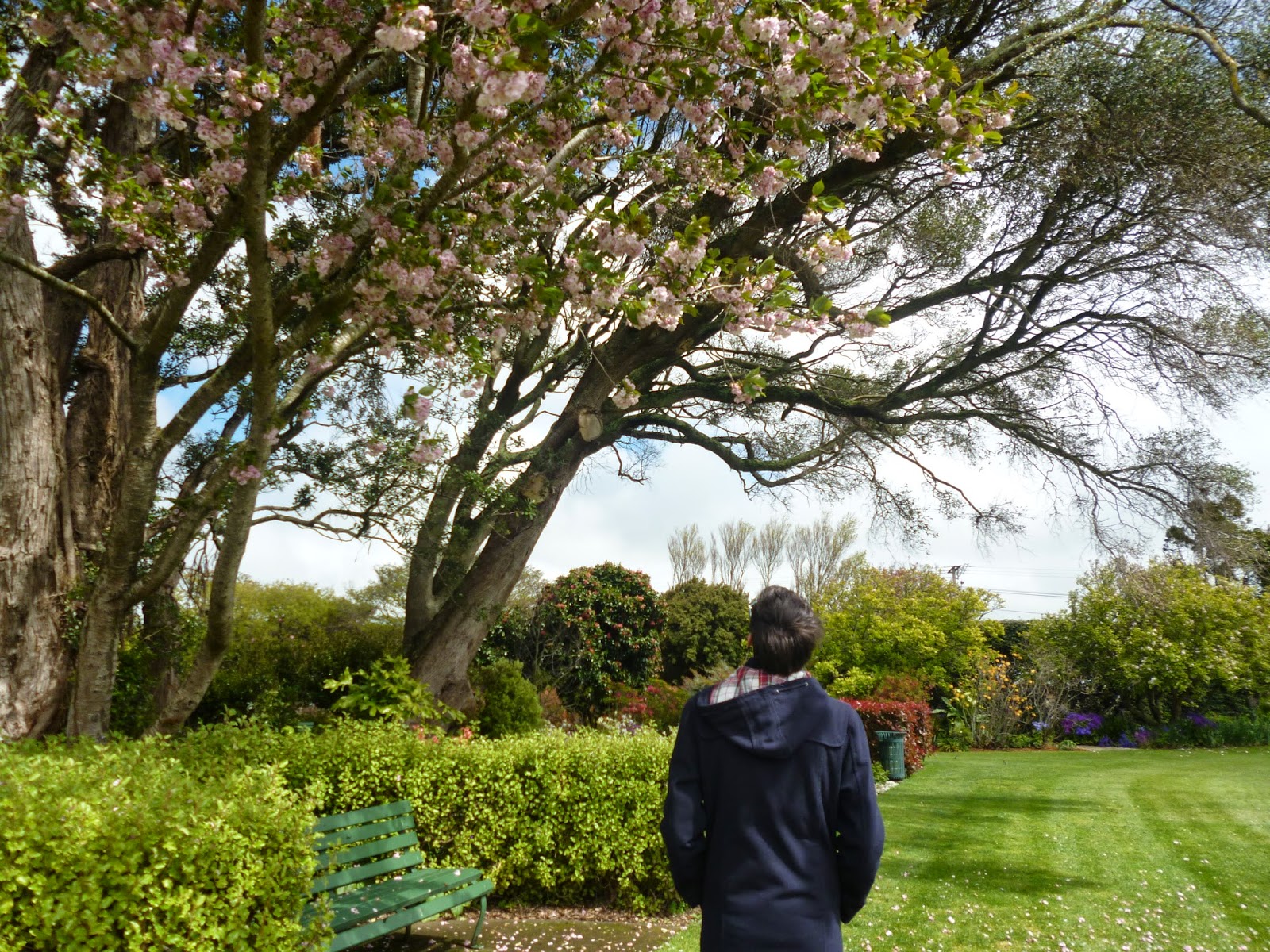 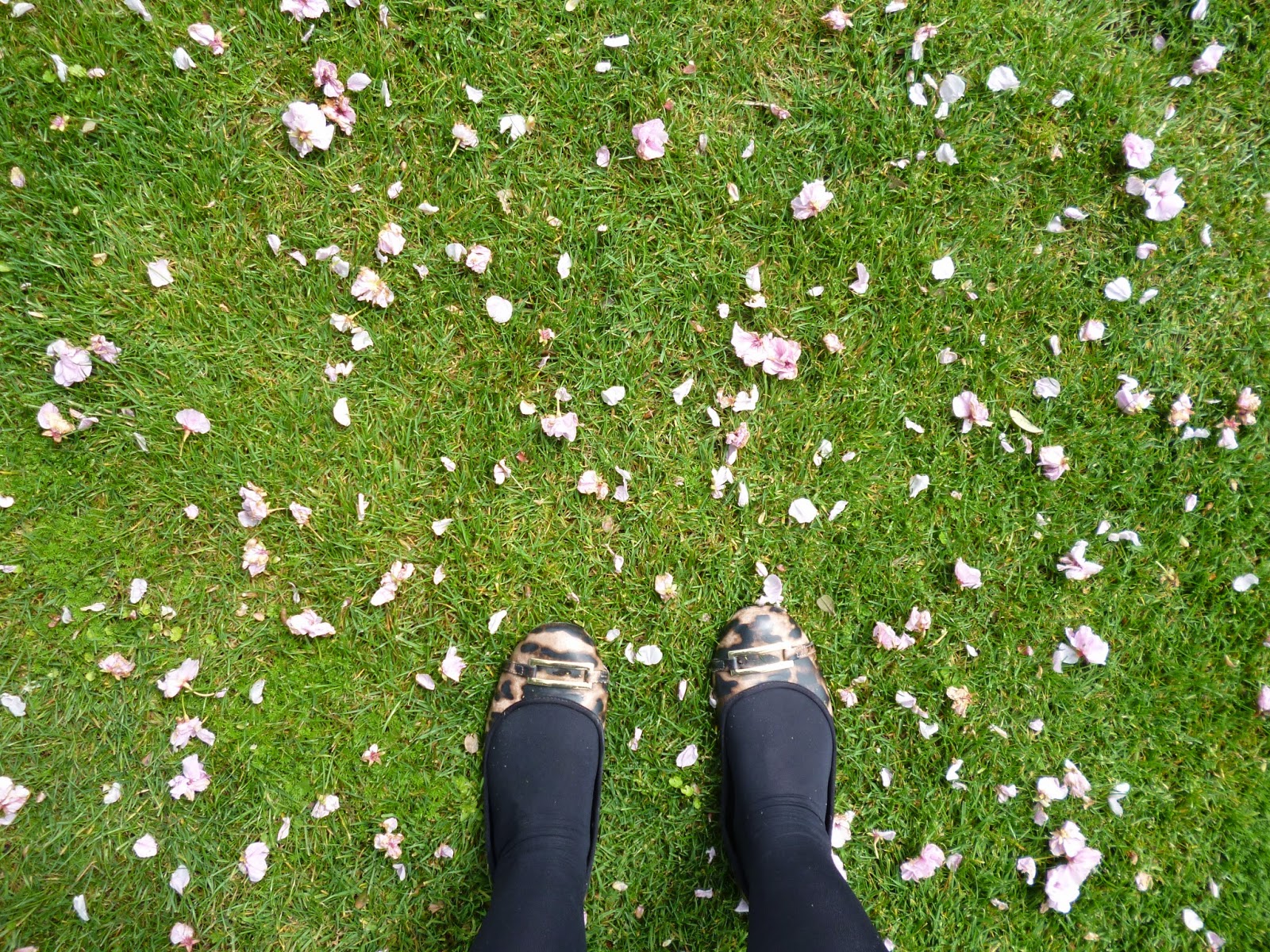 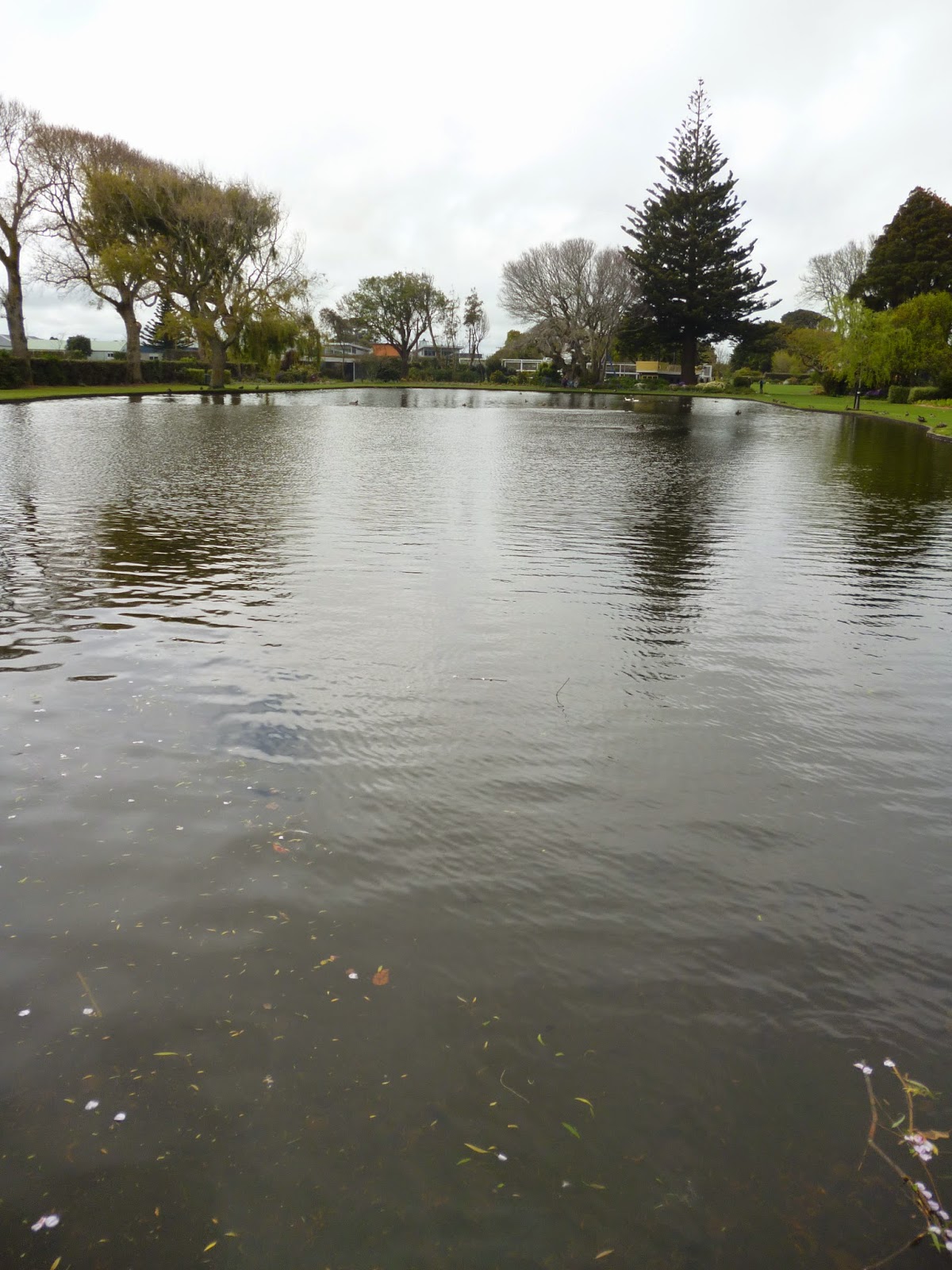 After this, we met up with the family for more, well family times. I am a strong believer of being able to find at least something interesting in even the smallest town and that there are no boring times, only boring people. So if you do get caught in a small town and think there is nothing to do, take a look, there will be SOMETHING of interest -there always is xoxox
Posted by Trees at 11:07 am

Happy Birthday to your Mum! Lovely photo of the three of you.
I quite agree, only dull people get bored. There's always something exciting or interesting if you look hard enough. The Smiths stencil would have made by day! xx

I agree with you that there's always something interesting to do or see, no matter where you are. You just need to look for it. Growing up, my town had a similar population size (though it's probably almost double that now), and I was always off exploring. I never get bored for long because I can always find something to do!

This town is so cute, and the views from the tower are amazing! New Zealand is just so pretty and interesting! xx

I really like your ability to find something interesting every where you go, it makes your photos and your blog so interesting! Also, Rich is a cutie.