It's time for another movie update - last weekend we actually watched quite a lot of movies.

I really liked this movie, there's nothing like a group of girls kicking rock n roll butt, even if the band ends up falling apart in the movie. 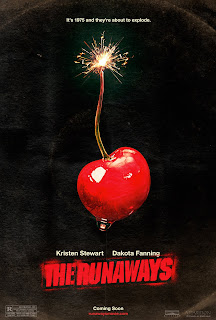 The next movie we watched was "Splice" which I have been looking forward to watching forever. It's basically a tale about what happens when genetic research goes too far.

A couple of scientists are working on "splicing" different species, eventually they add human DNA to the mix and things get a little complicated when they make a totally new "creature".

This film had a couple of cringe worthy scenes, but generally, it was awesome. The special effects in this film are amazing.

If you're a horror or sci fi fan then this film is totally worth seeing. 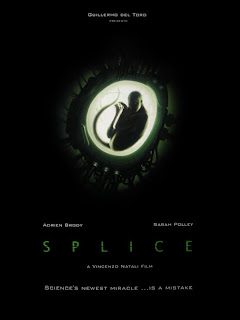 The last movie I watched was "Pontypool" which I also knew nothing about before I watched it. Basically it's another zombie viral outbreak, but this time the outbreak is spread by the English language! Yes, certain English words have become infected and if you use them you will become a zombie.

The film is set largely in a radio station studio - you don't see a lot of the zombies but you do get to hear what's happening outside.

It's a great idea but a little bit difficult to pull off in film, but I think this film really does it well. 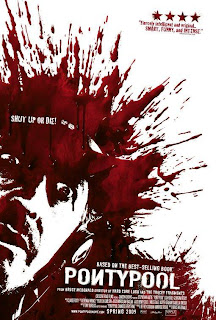 Finally, in a couple of weeks, Rich and I will be going to the Puchon Internation Fantastic Film Festival. I'll let you more about this soon but it should be an amazing weekend of crazy films.
Posted by Trees at 8:15 pm