So Las Vegas dress is kind of a lame name for this dress, but, whatever I couldn't think of anything better!

This dress isn't entirely new as such, I made it on my "blog hiatus" - there's a few other things I've made on my "hiatus" as well but seen as those are mostly dresses with three quarter sleeves they probably won't be making an appearance on here for a while because we're having the hottest summer I've ever experienced in Wellington (and we moved here mid - 2006). 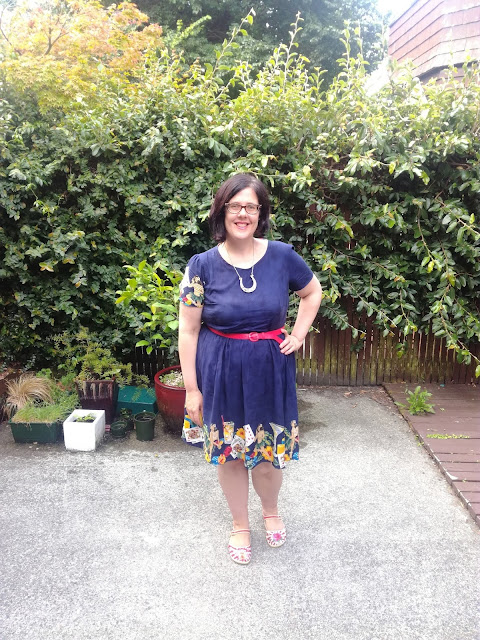 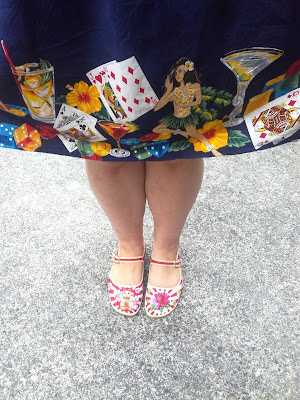 I decided to pick up this fabric because it's a boarder print, which I LOVE and I see quite often in dresses from Lindy Bop, but I don't really come across boarder print fabric very often.

I've called it the Las Vegas dress because of all of the cocktails and casino chips, but it also has hula girls as well? Whatever, it's kind of fun - I didn't really notice and casinos in Hawaii when I was there - but then I wasn't interested in them. Side note - I don't drink or gamble...so this print is a little weird for me so I'm just running with it. 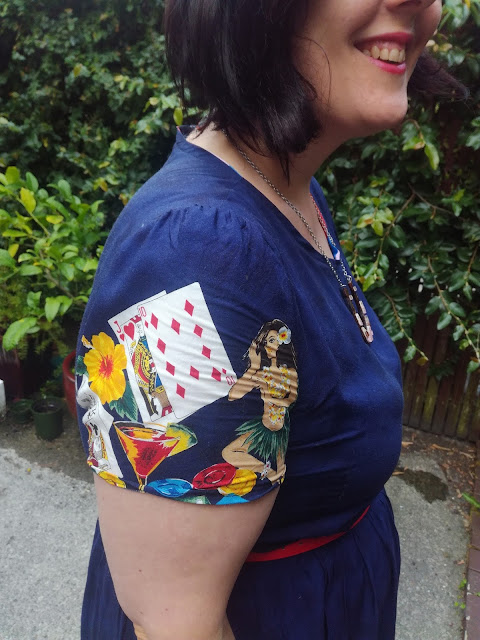 While I was making this dress I realised I didn't have enough of the plain blue fabric, or the patterned fabric for the sleeves. So I went for one of each, I think it actually looks pretty fun, even if I did it as it's the only way I could actually make this dress happen. 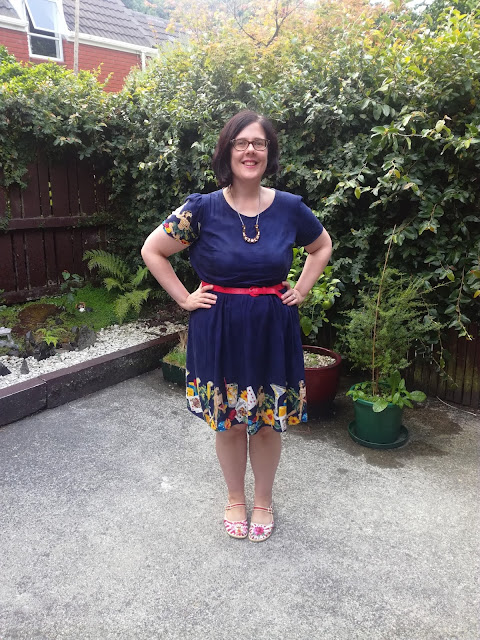 For anyone who may be wondering, the patter I used for this dress was my tried and true Sigma Dress for the bodice. The skirt is just a gathered rectangle, I wanted to showcase the boarder print as much as I could and thought that was the easier way of doing that, I've hemmed the neckline and hem with bias binding and put an invisible zipper in the back. 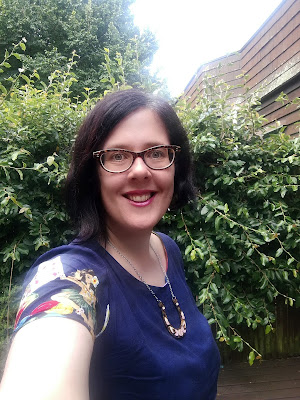 Hope you guys all have a great week, looks like there's more sunshine on the way for us, just as well the freezer is stocked with ice blocks and our offices are air conditioned!
Posted by Trees at 3:48 pm

Labels: Made by me 2018, papercut patterns, sigma dress

That dress is amazing! Well done you. I love the print, and I personally think the mis-matched sleeves look awesome; it's like the frock equivalent of a tattoo sleeve!