I've been thinking a bit about what I want to do this year, one thing I really want to do is sew more and specifically sew more from my collection of sewing books. That bookcase is pretty much all sewing books and I've only really sewn from a few of them, I love books in general and craft/sewing books are my favourite. However, when I want to sew something I generally reach for my patterns (paper or PDF) and don't consider all the gems in these books. So 2018 is the year of sewing from my sewing books! 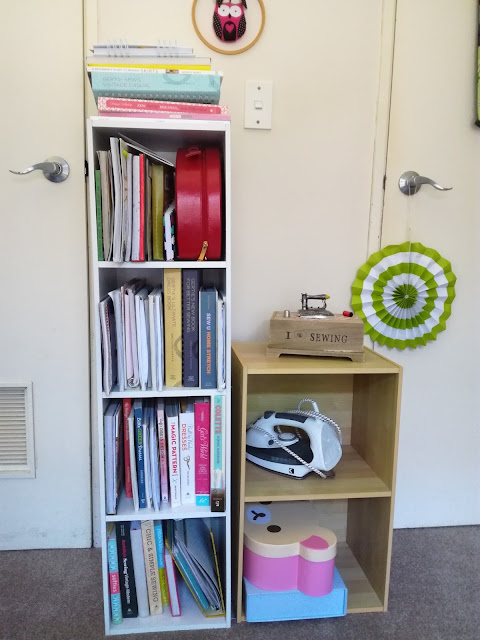 I felt like my general idea of sewing from all my sewing/craft books was good, but it kind of lacked any structure which basically meant I wouldn't end up doing it - because I'm just the kind of person that needs some kind of structure!

While searching through a few sewing blogs for something to give me some kind of structure, and I came across the 52 Week Sewing Challenge and decided it was what I wanted to do this year in terms of an ongoing creative challenge.

As the name suggests, the 52 Week Sewing Challenge gives a sewing challenge for each week of the year. I really liked this particular challenge as the challenges are fairly diverse, and there's some easier challenges and more difficult one. I think basically that even a beginner sewer (with maybe six months experience) could even do this challenge.

As this challenge is based in the Northern Hemisphere, the challenge for the first weeks challenge is sew something warm/soft. It's currently summer in New Zealand so making a snuggly cardigan or something similar is out of the question.

So I did make something that kind of fits the warm/soft theme, but maybe not entirely, I decided to make an oven glove! The project is from Learn to Sew with Lauren by Lauren Guthrie and to be honest, I didn't really pay that much attention to the instructions! I used the pattern pieces and kind of just winged it. 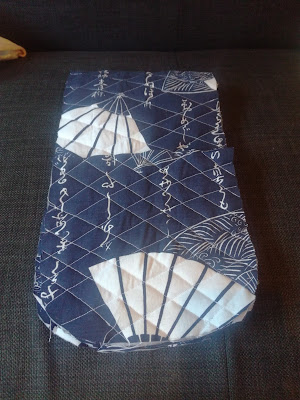 I used this Japanese style fabric from my stash, I've had it for a while, but I never had enough to sew a garment so it's just been sitting there waiting for the right project. 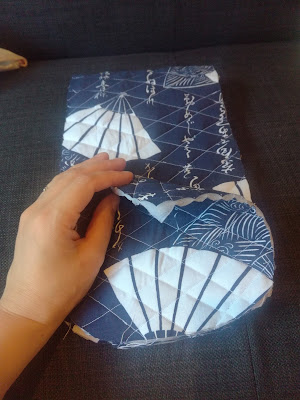 I had most of what I needed for the project, but I did need to buy some batting, which I got for around 10 a metre at Spotlight. The instructions for this project called for drawing the quilting lines on with a pen before sewing, but I just free-handed it and while it's not perfect, it's pretty ok for my first attempt at this type of quilting. 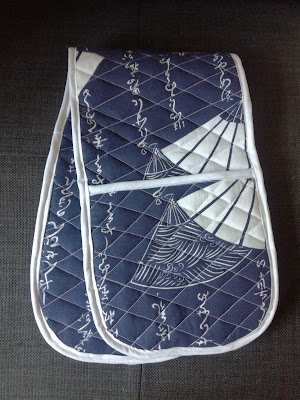 The worst part of the project was, by far, adding all of that bias binding around the outside! The sewing of this is a little wonky, I think I'm going to try sewing it on a different way next time around (hopefully that will make it easier). 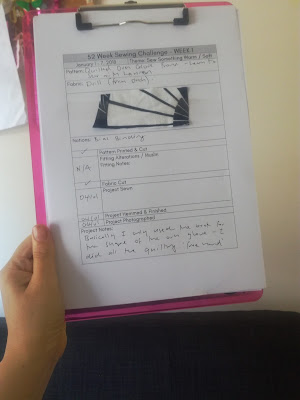 One of the nice things about doing the 52 Week Challenge is that it comes with this planner for all of your projects, which is super helpful as it's easy to look forward to upcoming challenges and think about what you're going to do. For me, it's also helpful to know which weeks I can have a "quick win" and which weeks will require more planning.

Well that's it for now folks, hopefully be back with some more sewing or other stuff soon x
Posted by Trees at 11:23 am

Labels: 52 week sewing challenge, Made by me, sewing from books

The sewing challenge sounds like so much fun, and I love how you interpreted the first challenge. The oven glove looks fab! I've got a huge box of sewing magazines my Auntie gave me which are filled with great cross stitch patterns I haven't touched yet, but I definitely want to try to make a few of them this year instead of always going for kits. Must put the effort in this year! xx