I say another because in September 2010 a large earthquake hit Christchurch. However that earthquake hit in the early hours of the morning and no one was killed and the whole country counted its blessing - thinking how much worse it COULD have been if it had happened at lunch time during the week. When everyone was at work, school, out at lunch or running errands in town.

This time we weren't so lucky as the earthquake hit during a work day at lunch time - people were in thier offices and out to lunch and at school. Christchurch city has been hit really badly. So far around 90 people are confirmed dead and so many more are missing. So many buildings have been damaged or destroyed altogether and so many people don't have water, food or electricity.

The whole thing feels surreal - this is the sort of thing that happens somewhere else, this kind of thing doesn't happen in New Zealand. The last few days the earthquake and its aftermath has been on my mind pretty much all the time.

I am thankful though that my friends down there are all safe - I was especially worried about our friends Ekant and Unicia and their two young daughters. But I was so happy to hear that they are well.

At the moment we are all thinking of the people in Christchurch and trying to do whatever we can to help. Tommorrow at my office we are having a fundraising day - people are dressing in black and red (which are Canterbury rugby colours) and donating $5 to the earthquake appeal.

This Sunday evening I will be baking up a storm so I can donate goods to The Great Sunday Bake Off on Monday morning.

I have always liked Christchurch as a city and I thought that I would go and visit sometime this year now that I am home again. I don't think that I will be visiting for a while now though.

I thought I'd finish off this post with some old photos of the city from other times we have visited. 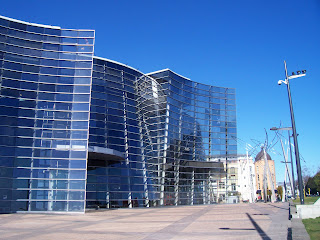 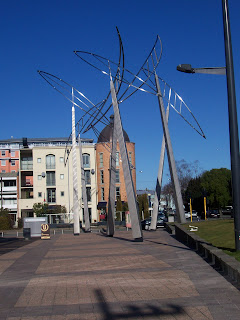 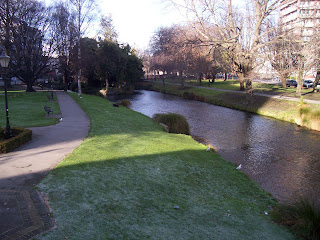 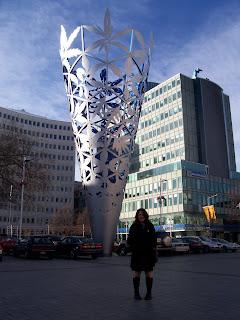