Just so you know, yes, Rich and I do celebrate valentines day - but I guess not in the typical style.

Firstly we always make gifts - we never buy them (partly because we are artsy fartsy types and partly because I really doubt either of us could find the right valentine in the shop - teddy bears and pink hearts really aren't our scene).

I made Rich a shrine to zombie love - It's slightly disturbing - but then that is the desired effect. 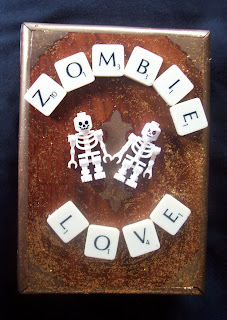 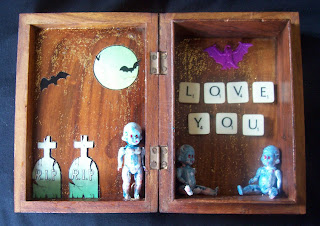 Rich made me a travel journal, because I've been wanting one, he's lately taken up the art of bookbinding and made me a journal of an old recycled hardcover book which is extremely cool. He even included a little bookmark in the binding. 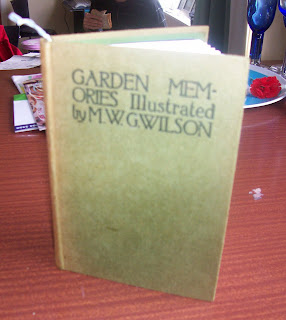 I also made some cupcakes to celebrate the day - because any reason is a good reason to make cupcakes. These particular ones are "Very Berry" cupcakes with Cream Cheese Icing. 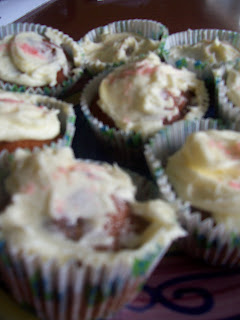 We ended the day with dinner out at a Turkish place in town and a movie. The movie was one we wanted to see when it was on at the film festival last year but we ran out of time and money to see it (as often happens during film festival time!). It is a film from Norway called "Let the Right one in" and it was a very cool story about an outcast boy who makes friends with a new girl in the neighbourhood - who happens to be a vampire. It all sounds a bit Twilight I know - but this is actually a decent horror film whereas I found Twilight to be like a teen drama (that just happened to have a family of vampires in it). 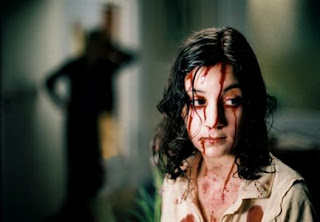 LTROI is from Sweden, not Norway. Quite common misunderstanding when you look at IMDb and just check "Release Date". Further down (after actors) you have "Country" and "Language".

Man you and Rich are awesome! I know I say it like ALL the time - but you are both so clever. I especially LOVE the box you made! I reckon it'd make a cool box to store like jewellery in as you wouldn't expect that from the whole "zombie" aspect of it. Excellent!
Paul bought me this awesome little treasure chest for Christmas that I keep my earrings and necklaces in (I have lots of earrings!). I think that treasure chests are my new love :-) te he. Now I have light posts, bridges and treasure chests on my "can't help myself" list :-) I always take photos of light posts and bridges - very funny.
Man - what a long comment about nothing :-) I think I'm rambling so I'll just go now!