It's Friday the 13th today - originally we were going to have Shelley and Ross over for dinner & horror DVD's tonight but it turns out that's not going to happen now (I'm not feeling so well).

But I figure there is another Friday the 13th next month and when that rolls around I am SO making some of these cupcakes with Jason toppers - the pattern for the topper is on the Bake and Destroy website. Awesome. 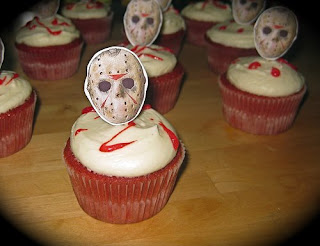 Also I've been wanting a new hoodie for ages and I haven't seen one that I really want, but I think I could rock one of these "Bake and Destroy" hoodie's. Although the exchange rate isn't too good at the moment and I'd have to get it sent over from the States. But it would be worth it - it's the perfect mix of punk rock and craft. 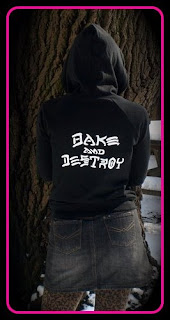