Boys Can Craft too!

Recently, Rich "found" in our storage cupboard a big box of computer items he has been storing from year to year from flat to flat and he decided it was time to go through everything and see what he wanted and what he didn't.

Once he decided what he wanted to keep and what he didn't want to keep (which was subsequently listed on trade me) he was still left with a great big pile of unwanted CD's - you know the type - the ones that come free with magazines that you hold onto "just in case" and then you realise five years later you haven't even looked at them.

Anyways - being a craft geek also - Rich couldn't just throw away these CD's as they could be used for "something" the question was what?

After much consideration he came up with this rather cool CD "table cloth" which looks just great on our glass top table. 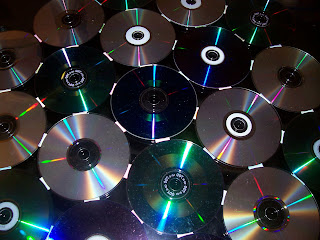 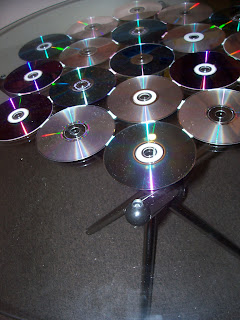 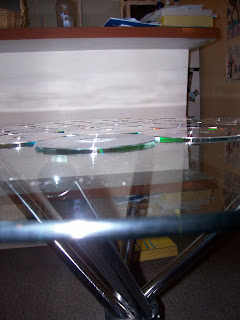 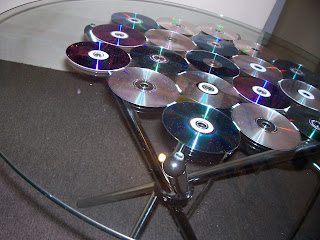 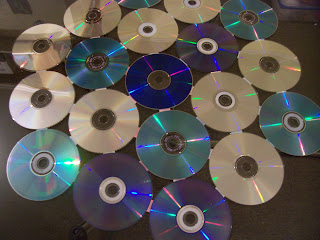