USA part Sixteen - Our final day in the USA!

So this is it, my very last post about our epic three week trip to the USA. We decided to take it easy on our last day - but there was still a  lot of walking, because that's how we do things.

First up - did you realise that Venice Beach got its name from a suburb that was originally created with the same name that had artificial canals? (Just like in Europe - Obviously!). Soon as Rich told me that was a thing I HAD to see it. 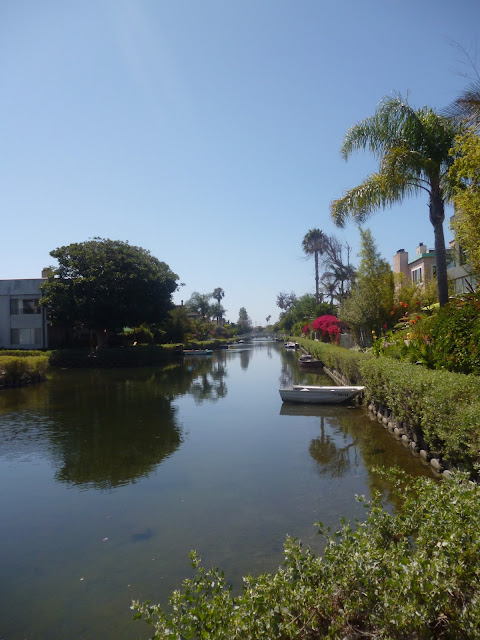 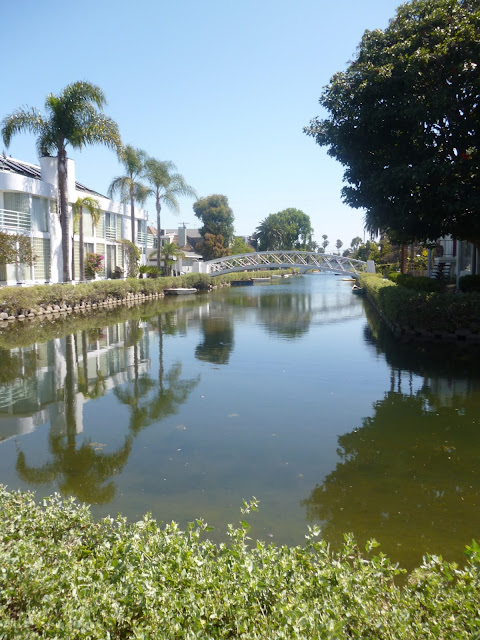 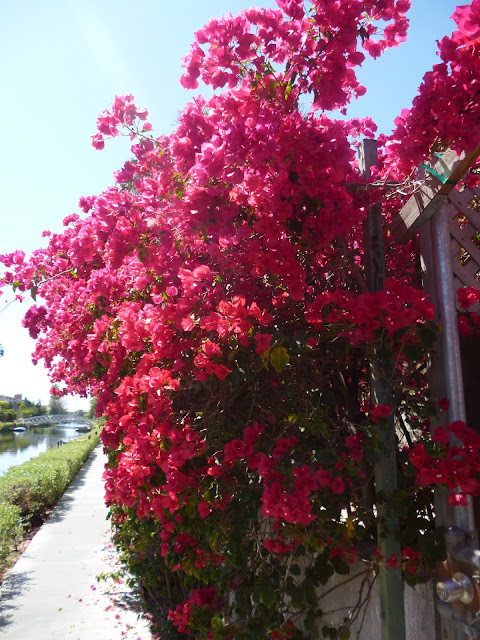 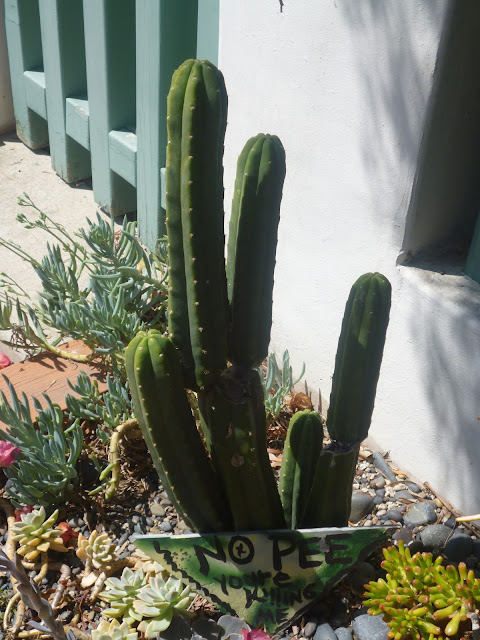 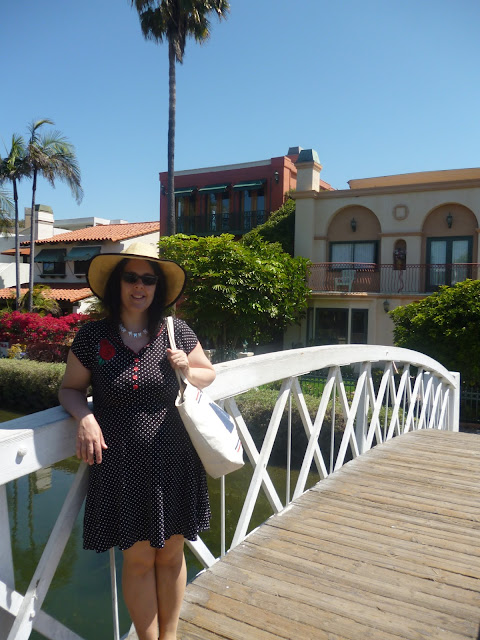 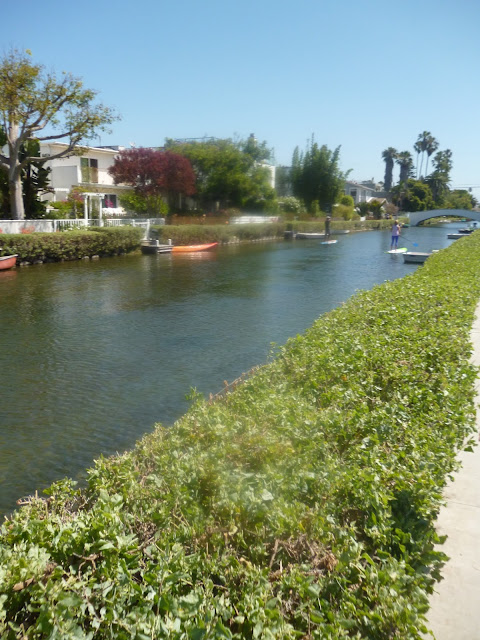 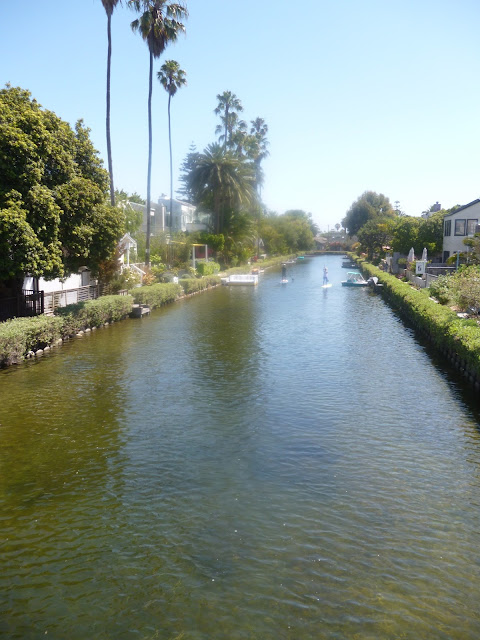 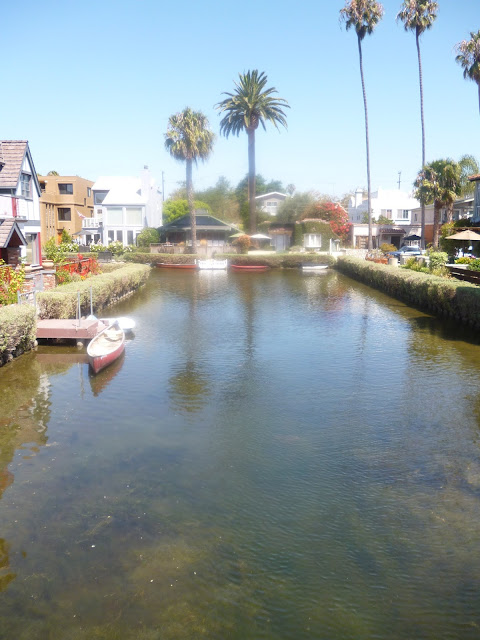 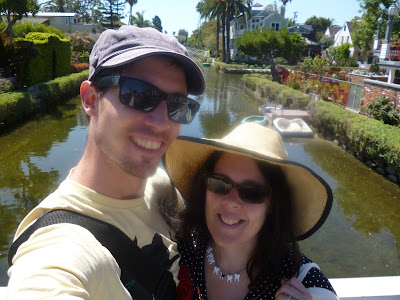 Venice was seriously beautiful, we saw a couple paddle boarding (you can just see them in one of the photos above) and a lot of the houses had little boats as well as beautiful gardens. If you're ever in Venice Beach and want to escape the madness a walk around this neighbourhood is well worth it.

After we were finished strolling  around the canals we decided to have a look around Abbot Kinney Blvd (I think that's what the area was called). It's a really fun shopping street, with a lot of amazing street art. 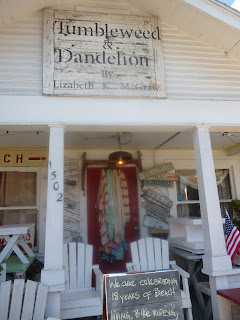 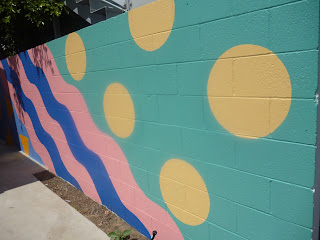 I loved this old "mailbox" you could peak inside and get a view of old Venice, much more fun than a historical plaque. 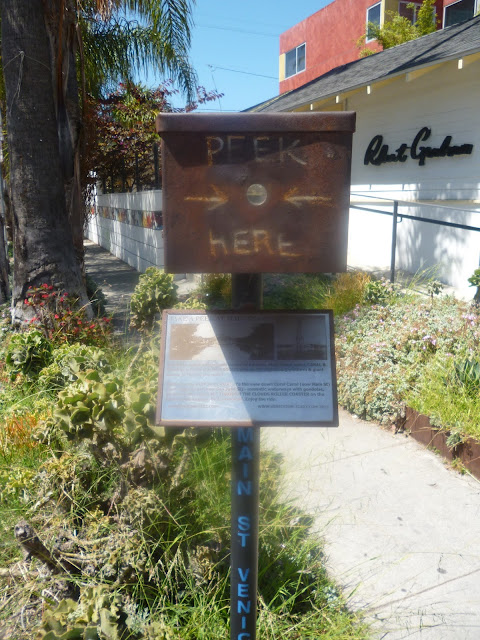 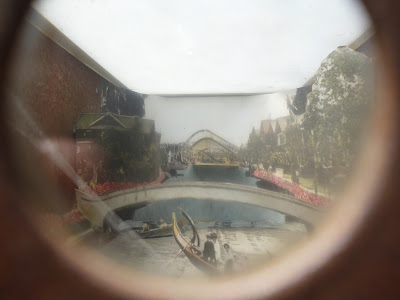 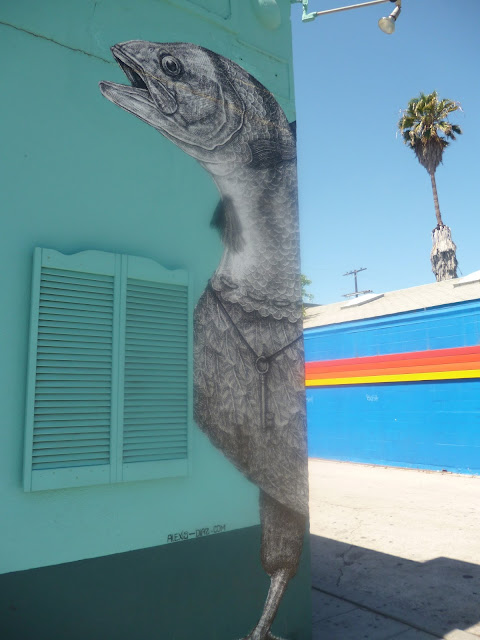 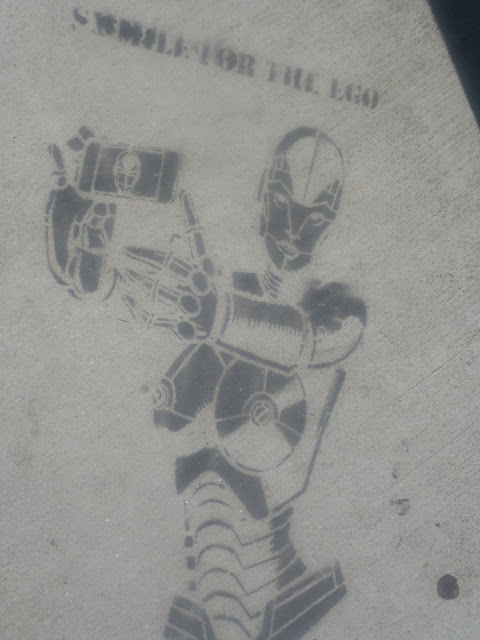 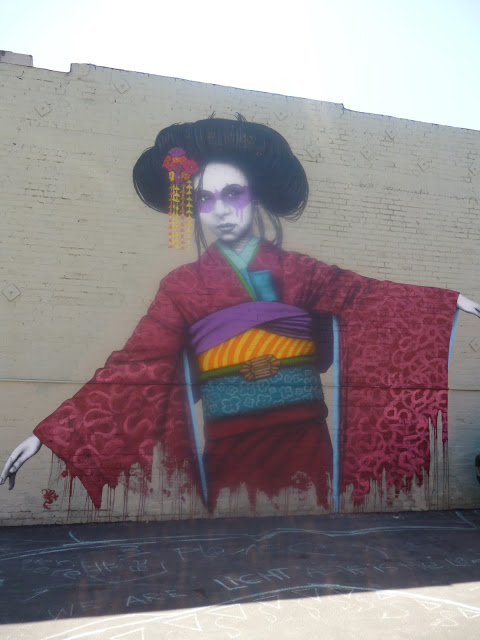 By the time we finished up it was only about 11am and we had a night flight, so what did we do next? Walk to Santa Monica of course! 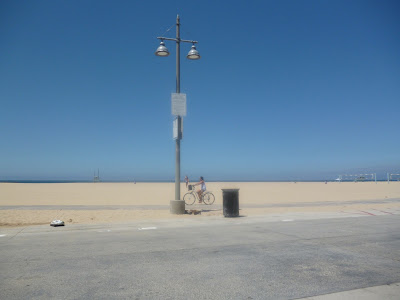 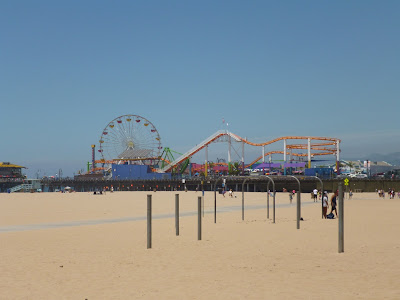 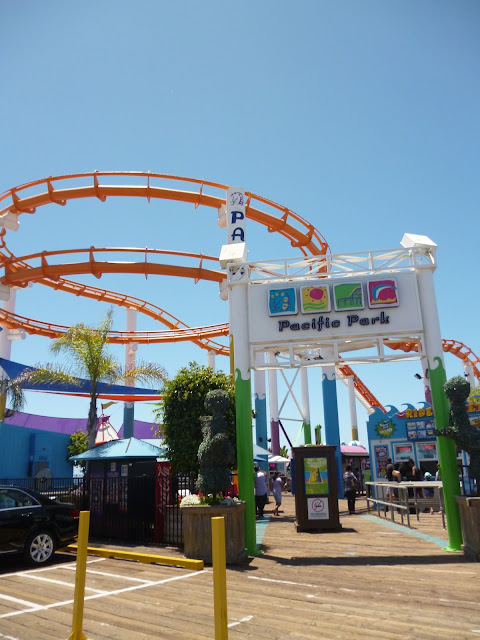 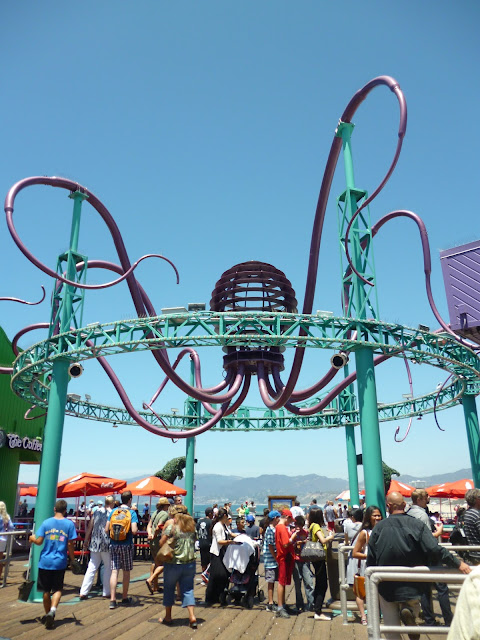 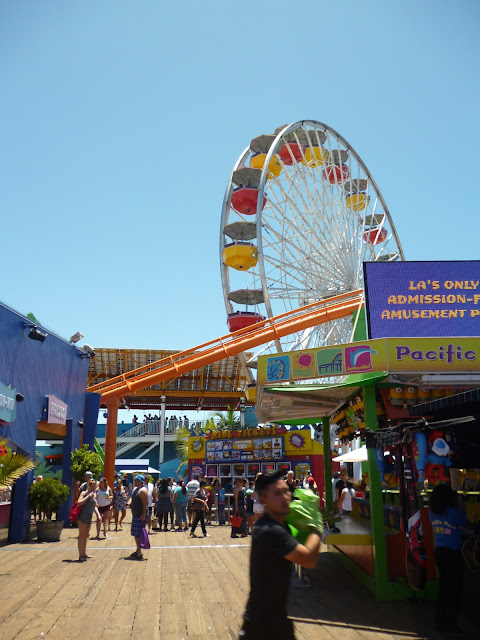 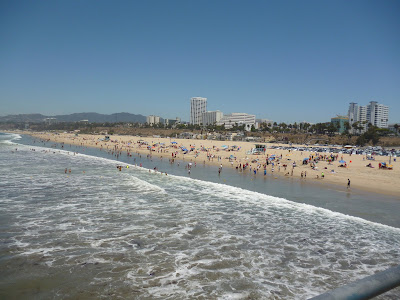 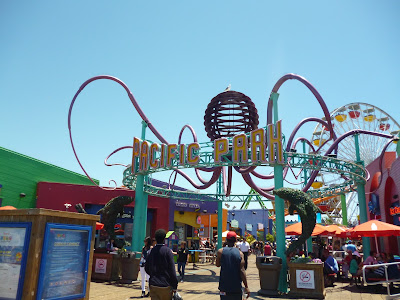 I have to admit when I was a kid I always dreamed of visiting a beach like this - it wasn't about going to the beach at all (I went to a tonne of those regularly growing up) it was about visiting a busy pier, with games and treats. I just really wanted to go to a carnival at the beach - well my dream came true at Santa Monica!

Also Rich got to play one of his favourite games and shoot some hoops - sadly no prizes were won. 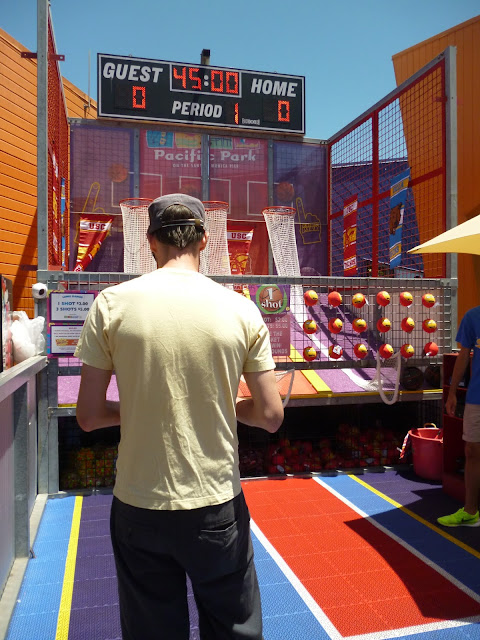 Well that's it folks, the end of the posts about our trip (wow I'm going to have to think about something else to blog about now, maybe even get back into outfit posts!). It was an epic trip and yes we were exhausted by the end of it, but it was well worth it. We saw so many incredible things and met up with so many friends.

Also we have booked our next overseas trip (because we have a problem,  its called a travel bug) in Easter of next year. Any guesses as to where we are heading off to next?
Posted by Trees at 2:46 pm

I had no idea there was a suburb with canals near Venice Beach, but what a gorgeous place that would be to live in! I'd love to get around by row boat! Santa Monica looks amazing, too. I wanted to visit Coney Island when I visited New York for the same reason (to go to a carnival at the beach), but never managed it. One day... I've been to plenty of funfairs and amusement arcades by the sea here in England (they're at pretty much every popular seaside tourist spot up and down the country), but nothing as big or as awesome as the American ones look. They look like so much fun. I'm glad you had a great time in America, I loved hearing all about it, and I'm looking forward to hearing all about your next trip. Where are you off to?? xx

I can't believe I didn't see this when I went to Venice Beach! Luckily I'll be back to LA at some point this year. Thanks for the tip! If you get back another time, try to get to the Magic Castle for dinner and magic - it was a fun experience last time. Though my strangest experience still has to be the LA county coroners office gift shop (http://www.lacoroner.com/).