I'm not going to lie guys, I never ever thought I'd enjoy LA. It just didn't seem like I place I would be into. Well turns out LA proved me wrong - its a pretty incredible place.

I have to admit though our arrival in LA didn't run smoothly, due to long plane delays in San Fransisco we didn't even arrive at our hotel till 4pm. We thought we'd be there late morning. So we didn't get to do everything we wanted to do - actually we had a list of about ten things we wanted to do and only managed to cross off two.

But the two things we did do were amazing - first up was visiting Olvera Street which is a historic area in LA - fortunately it was only minutes from our hotel as well. 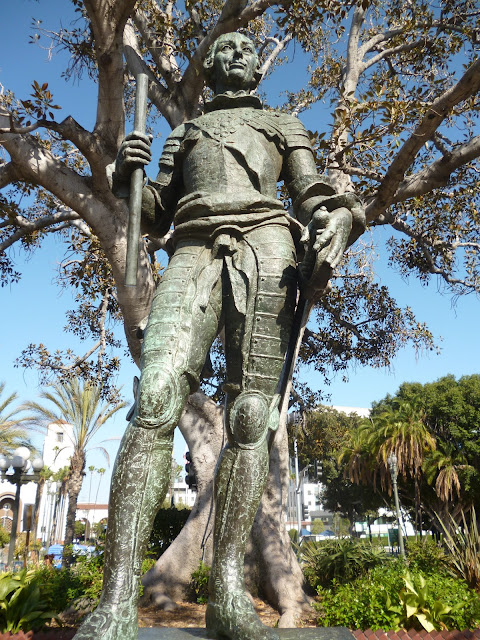 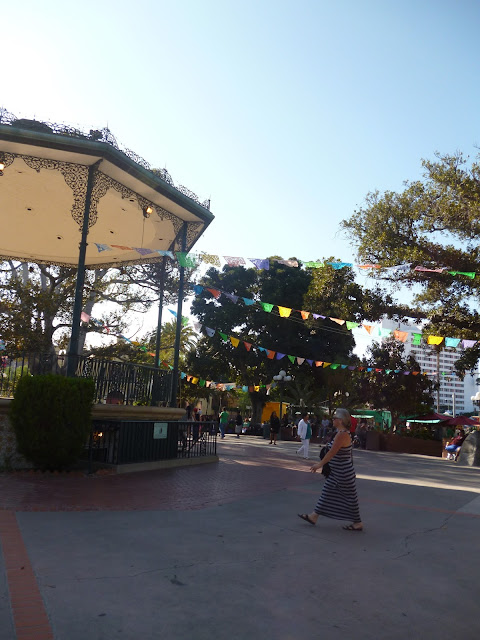 The whole area is a "Mexican Marketplace" aimed at preserving the early history of LA and its beautiful. 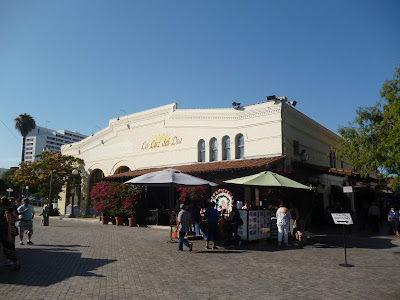 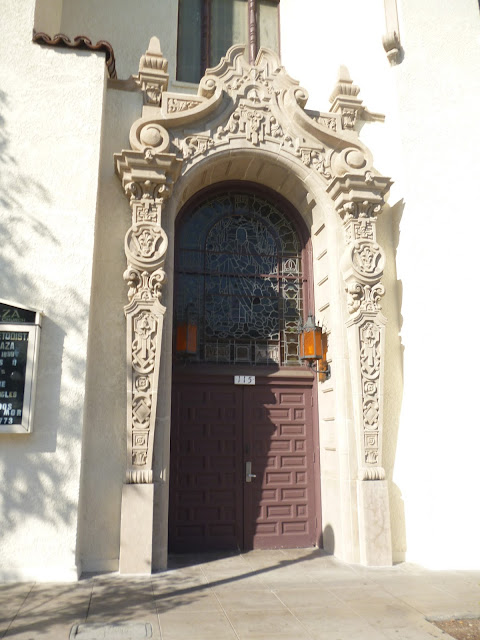 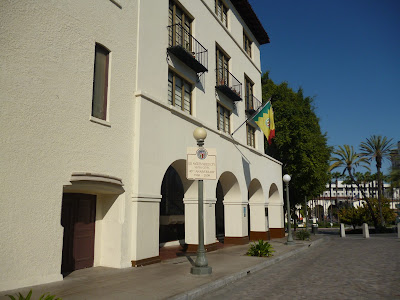 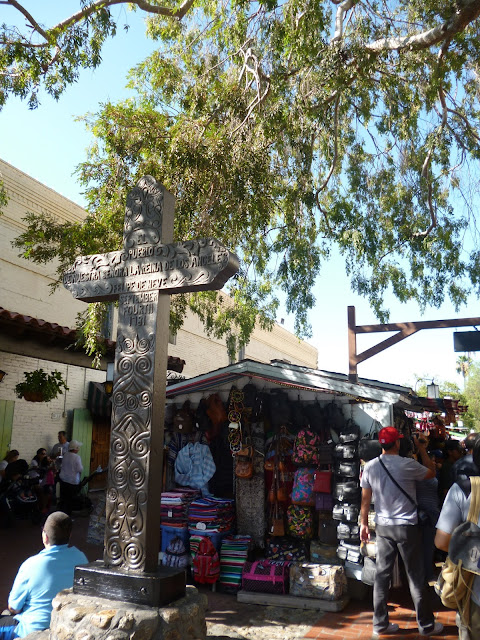 There are also a tonne of incredible stalls selling all kinds of beautiful Mexican wares - I could have seriously blown my whole trip budget on day of the dead dresses and trinkets for the house. But I settled on buying just one traditional Mexican dress. 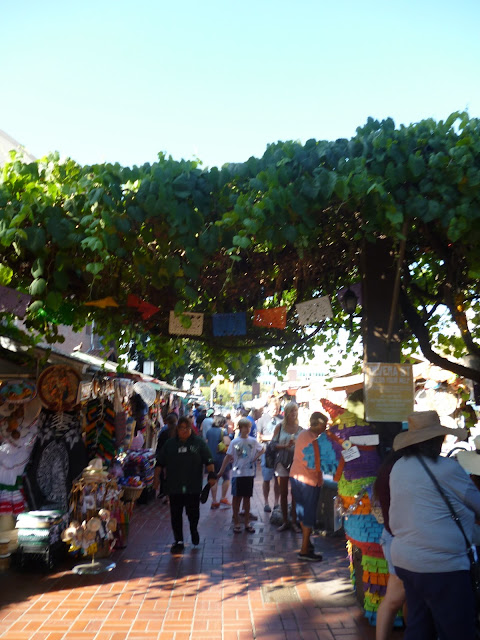 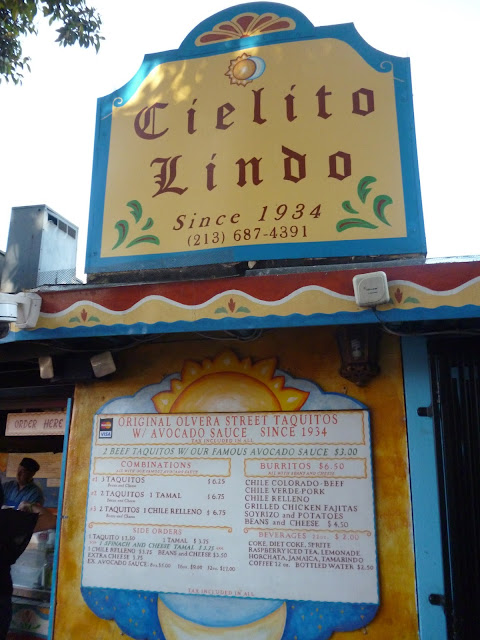 After getting our fill of history it was time to head for Hollywood - I mean we were in LA after all! 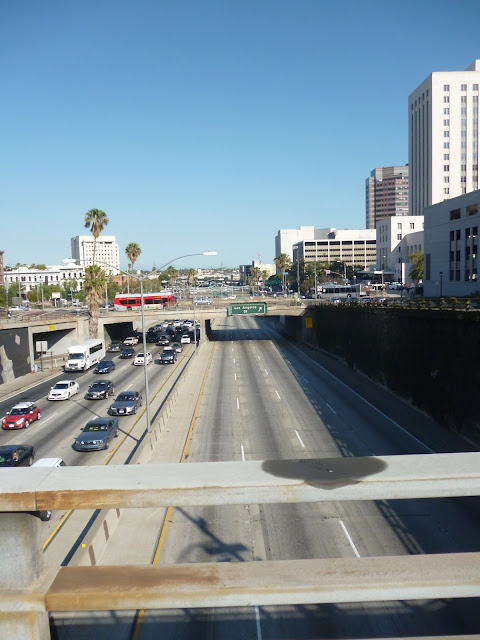 So we all know the reputation LA has for its traffic and that the "only way to get around is with a car", well we found the opposite to be true in central LA. Once we were done at Olvera Street we headed for the metro system. There were even some nice folks who were employed by the transport company who helped us out with the best way to get to Hollywood. Also some of the train station were kind of pretty. 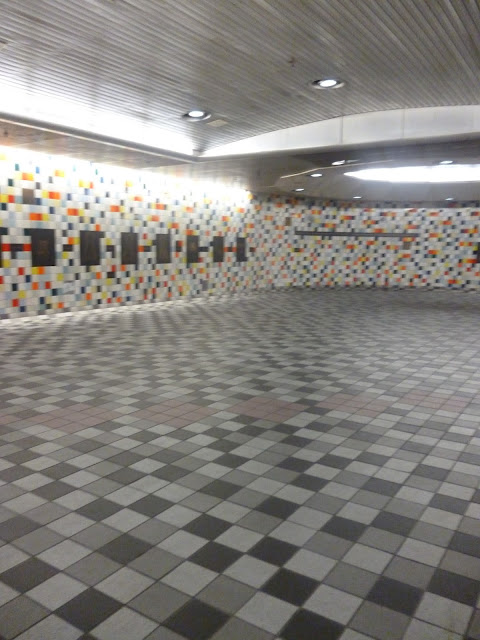 Before we knew it we were finally in Hollywood - which is as much of a tourist mecca as you would expect. I'm a total cheeseball so I'm ok with that - first up was the Chinese Theatre,  theatre building is pretty cool and so are all the hand prints out front. 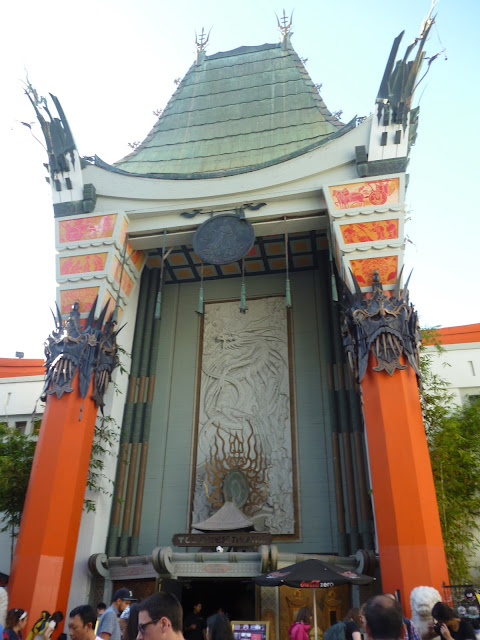 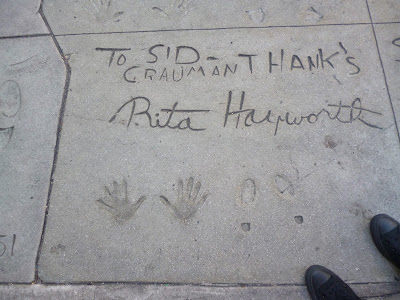 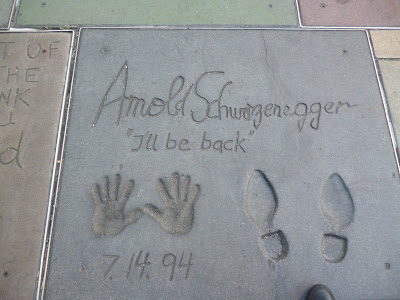 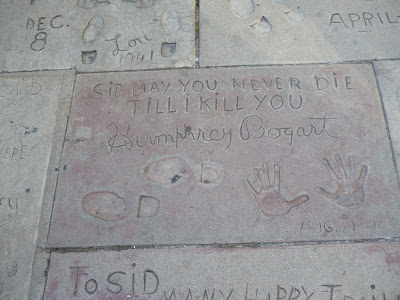 Next it was the walk of the stars - there were a LOT of stars and a lot of time spent finding our favourites. 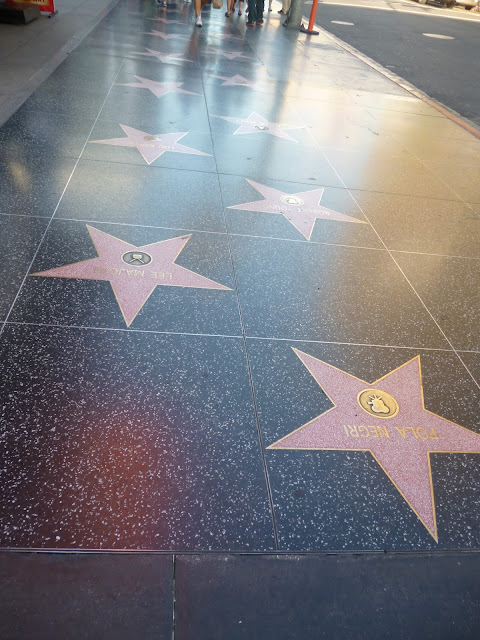 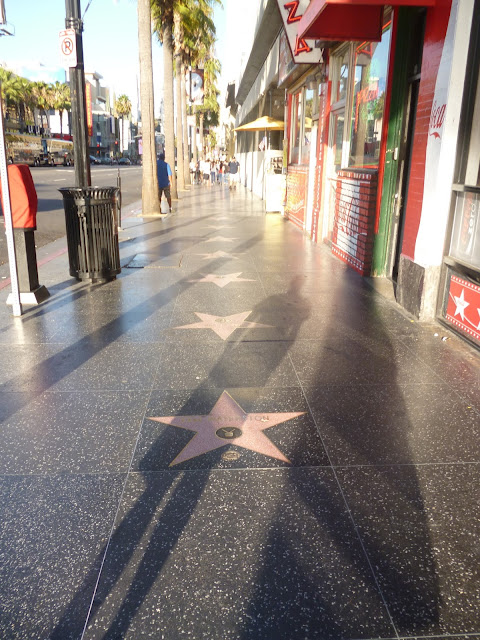 We had to take a selfie with Alfred  Hitchcock - because he was incredible. We look a little bit excited right? 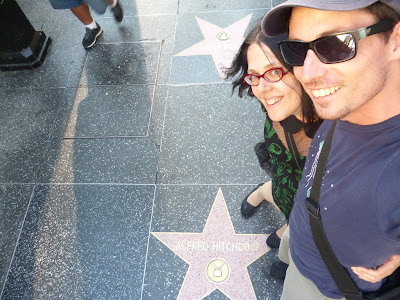 Rich also had his photo taken with David Bowie's start - for obvious reasons. Those reasons are that David Bowie is awesome. 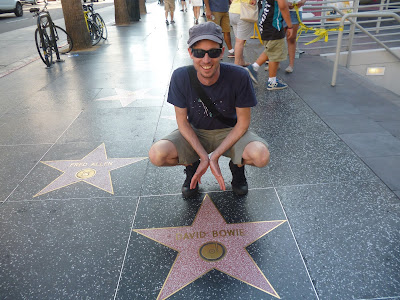 The rest of the afternoon was spent strolling around Hollywood - you can spend a lot of money here on tours of stars houses (which I just find a bit creepy to be honest), various attractions, food and drink and tourist stuff (tee shirts, hats, and so on). However, we were just happy to soak up the atmosphere. 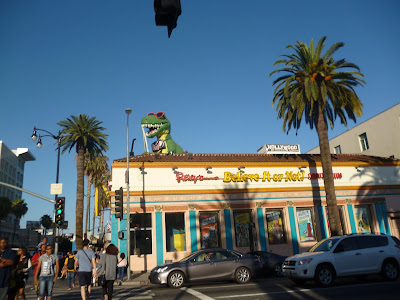 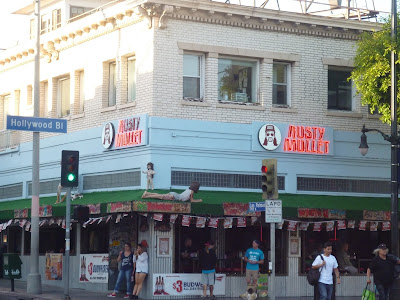 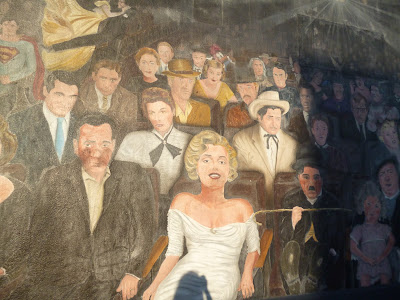 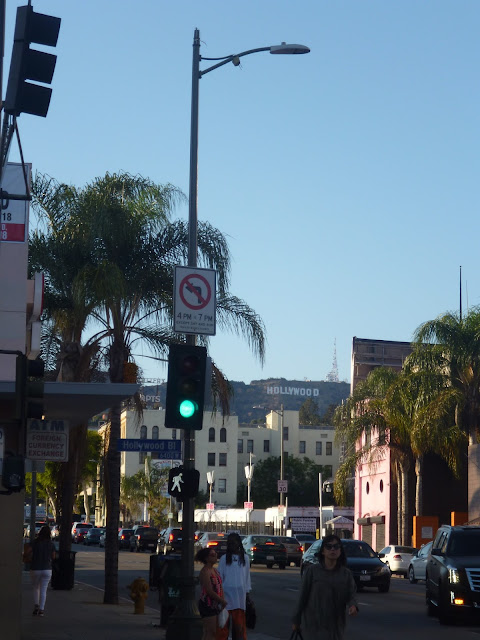 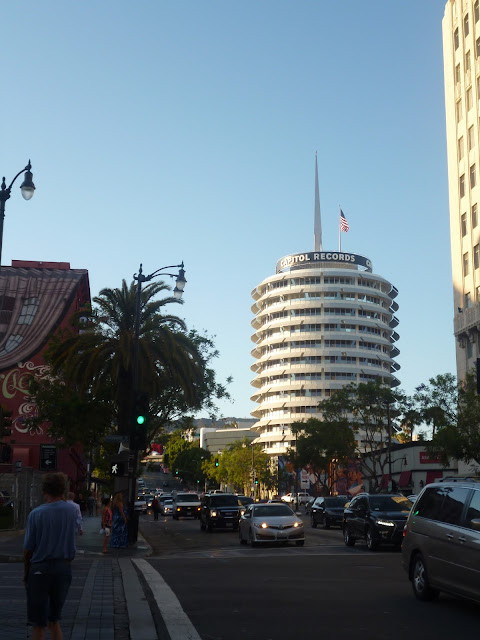 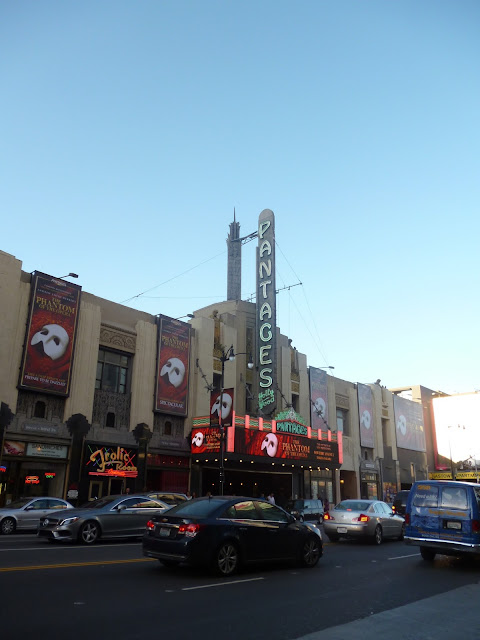 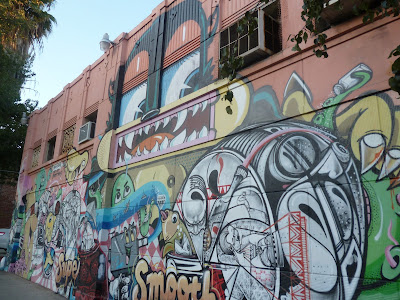 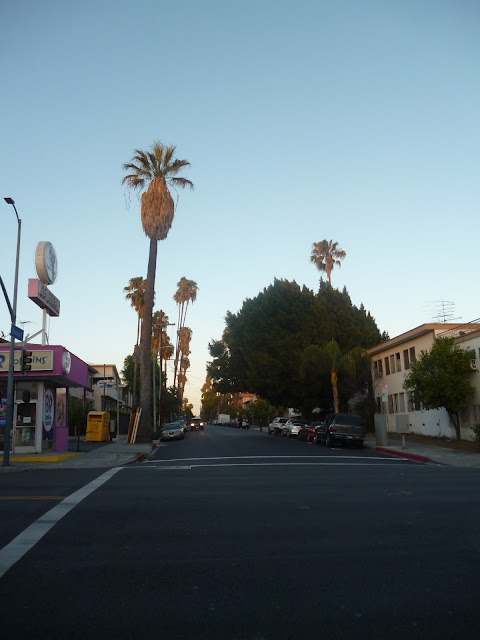 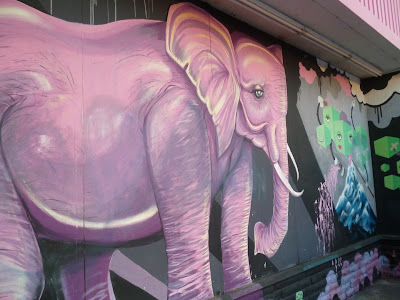 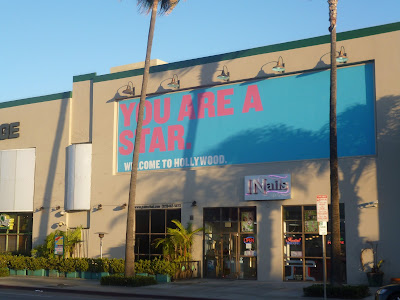 I have to admit that of all the places we were visiting on this trip, LA was the place I was least interested in.

However, I absolutely loved my day here - I really hope to visit downtown LA sometime in the future (I'm sure I will!) as there is so much more I want to see and do here.

It looks like you guys had a lot of fun being tourists in LA! I would love to visit it one day, but it's never been high on my list of places to visit. You've definitely made me want to visit it more with this post, though! xx

Ohh! The pictures look great! I have to admit, LA probably wouldn't make top10 of the places in the US that I would visit, but it does look fun! And I would have to get a photo with David Bowies star too!