Before I left Korea, I decided to do some research on craft stores in Taipei and according to the internet the place to go for craft goodies in Taipei is Bear Mama. 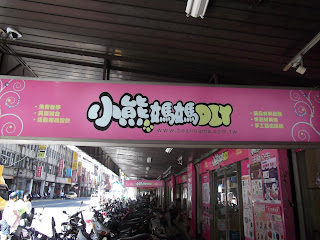 It actually turns out that Bear Mama is just one of many craft stores on Yanping Street - but it does seem to be the biggest and it does have a number of craft classes on offer too, but they are all in Chinese of course (which is a shame).

I bought a few craft kits at Bear Mama, the store seems to focus more on kits than individually sold craft supplies.

Here's a couple of photo's of the window display at Bear Mama which shows a few of the kits they have to buy. 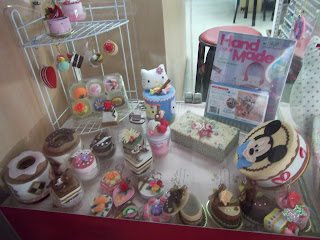 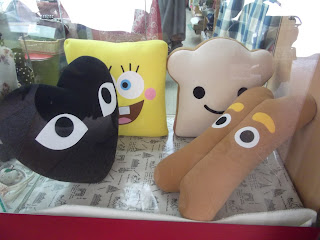 Amongst other things, I bought a Domo cushion making kit (which is quite simmilar to the cushions above) that I am currently working on. However - it is taking a while without a sewing machine. I'll post some pictures of Domo when he's complete.
Posted by Trees at 9:58 pm