So March was always going to be a busy month - the derby bout is the 28th and whilst I'm not skating as a freshie there will be plenty to do.

I am also enrolling in a course which will start in the last weekend of February but finish in the first weekend of March.

I also have tickets to the Kings of Leon on the 27th of March - I'm heading along to that show with Donna and I'm also heading to Homegrown with Donna, Celia & Simon on 14th March.

I was also super excited to find out that The Killers are coming to play two shows in New Zealand and I'm heading the Christchurch to see them with Celia & Simon. Celia's booked the flights and is going to buy my ticket too (where would I be without my Celia!) all I have to do is sort a day and a bit leave with the boss - and what date is The Killers show? 31 March!

Rich has now informed me that one of our most favourite bands ever - The Kills are going to be performing at the SFBH on 25 March an the tickets go on sale today. Which is SUPER exciting to say the least. It's the most exciting show this year so far! 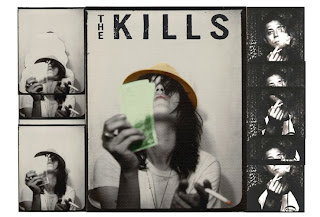 ....also on the rock n' roll front, Rich recently introduced me to The Kitchen Sink a website detailing all sorts of musical happenings in Wellington.
Posted by Trees at 6:38 am

I am SO JEALOUS... you're going to see The Killers and Kings of Leon!!!