Over the weekend - I was more than a little excited to hear from my friend Fiona that there is going to be a Zombie club starting up in Wellington. I am not sure what a zombie club does but Fi did mention zombie parties so I am sold! Maybe a zombie tea party with cupcakes? That would be just super. 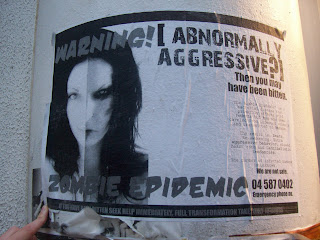 Also on the zombie front, when Rich and I were walking home from the movies on Friday night we came across this poster - which I thought was just awesome - it made me smile.

Finally on the Zombie front, I have been a little obsessed by a movie called "The Living Dead at the Manchester Morgue" for some time now. The movie was made in about 1974 and I wasn't able to find a copy of it anywhere in New Zealand (not even Aro Video!) so I decided that I had to simply buy my own copy from Amazon. com and think of it as a late Christmas present to myself. 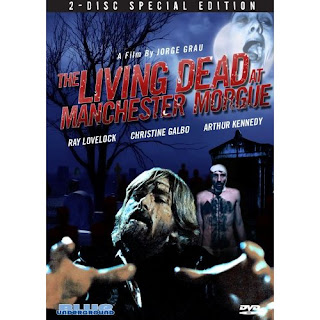