So my friend Kat and I are the "founding" members of our craft group "Crafty Foxes" and a few months ago we decided that we wanted to try something new and have a Crafty Foxes Craft Swap (as you all know - I've done craft swaps before - but things usually end up being send to the other side of the country/world rather than ending up in the hands of someone I actually know!).
This Saturday the Foxes that took part in the swap met at Goblin Cafe for brunch and also swapping.
I made a swap package for Hiliare who told me, amongst other things she liked the colour Green, being a 50's housewife and was a "secret goth" here's some of the stuff I made for her - 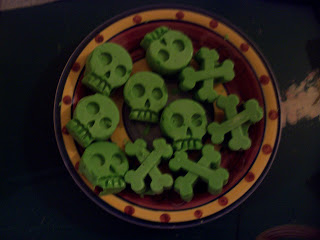 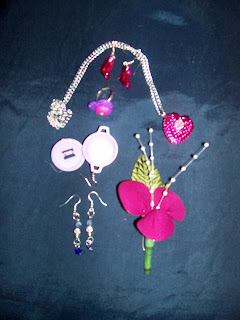 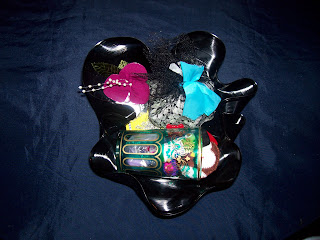 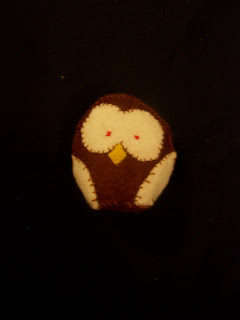 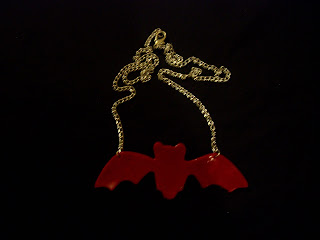 In case you're wondering - the green skulls are made from white chocolate and green chocolate dye in a skull chocolate mould that my friend Alaina gave me for my birthday.

In return for all my crafting efforts - I did receive a "stash" in return from Iris and he's a snapshot from the cafe of all the goodies I received.

My favourites have to be the beautifully drawn envelopes and the very cool embroidered "virus" magnets.