Recently, it was decided that the craft group needed to move beyond just everybody sitting around the table doing their own thing. A few of us thought it would be a good idea to introduce a teaching component into the mix. So recently I taught the first class - it was an earring making class.
Even though I have been doing jewellery making for years the thought of actually teaching other people something was a bit dauting - luckily for me only three people showed up. May sound like a poor turn out but it took the pressure off me a lot.
In the end I decided to teach those that turned up (Kat, Fiona & Celia) some simple dangly star earrings. 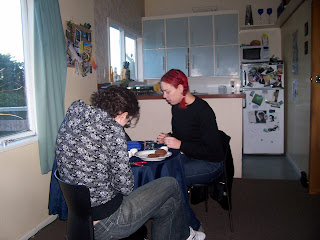 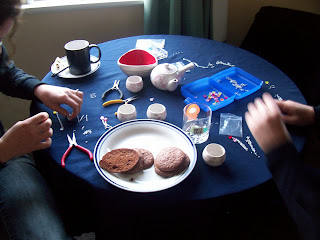 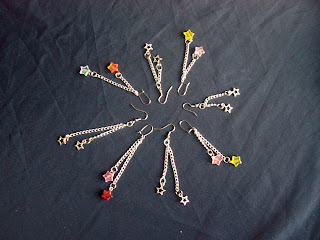