It's time for a break from ALL those travel posts (there are more to come). I thought I'd do a post about somewhere I've just "rediscovered" - actually rediscovered is the wrong word, really I just finally got my butt out of Wellington central and went to other places.

When I was working on my jacket for the kawaii high tea I decided I really wanted some fancy trims and I couldn't really find what I wanted in the city, so I decided it was time to trek out to Porirua to Pete's Emporium.

What's Pete's Emporium you ask? What do they sell? I think you'd be better off to ask "What don't they sell?" I think the sign outside says they sell fabric, fishing supplies  and costumes. 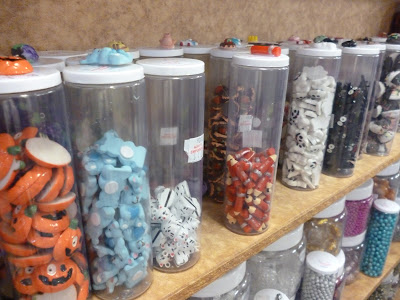 However, I was there for the sewing craft supplies - look at the cute pumpkins and ghosts! So fun! 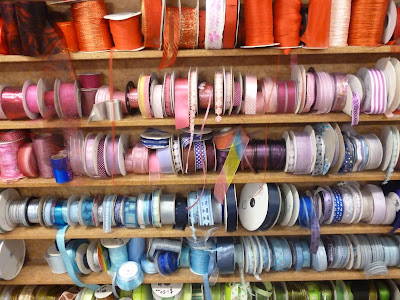 They really do have ALL THE RIBBONS at this place and they aren't that pricey either. 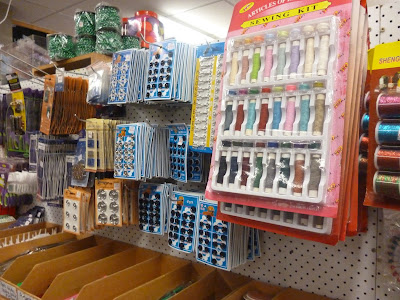 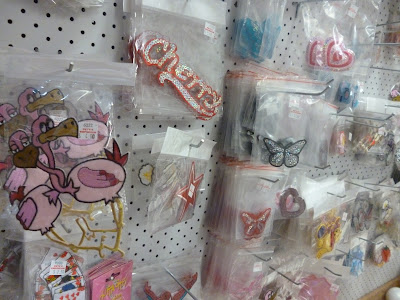 They have all kinds on notions and patches - I'm not sure about the quality of some of this stuff, but maybe its fine. I did buy a cute little anchor from the patches section. 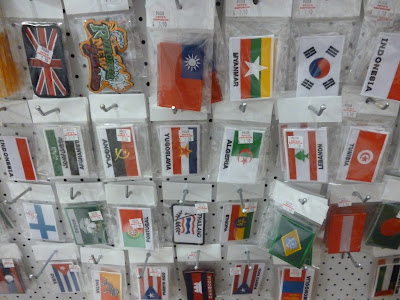 I kind of love all the flag patches - especially when places like Yugoslavia are included (that's not a country anymore - right??) 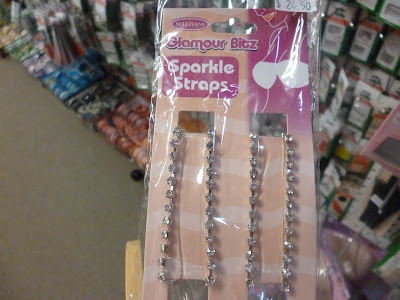 Some of the stuff is kind of umm...interesting? Like these sparkly straps in the bra-making supplies. Was this a thing back in the early 2000's? Maybe just where I lived in Hamilton? (nothing says classy lady like an exposed sparkly bra strap). 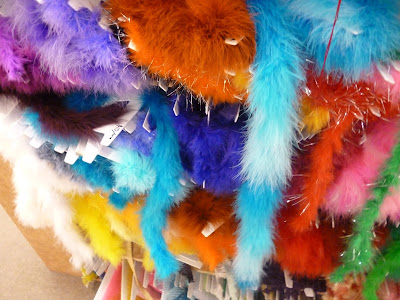 There was also a bunch of this fluffy stuff? What is this stuff even called? Is this the stuff used to trim bell sleeves on 70s vintage patterns? 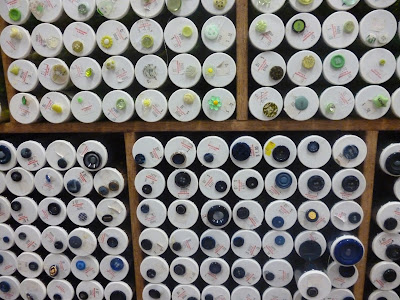 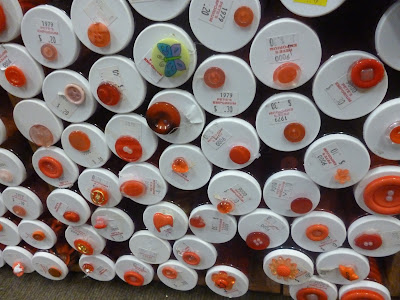 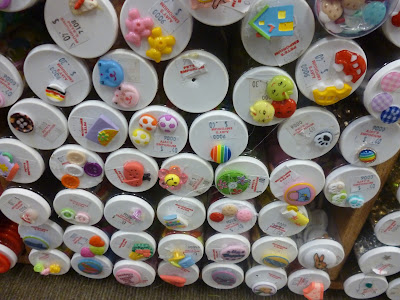 Also they have buttons, like a whole wall of buttons. I have to admit I'm not much of a buttons person. However even I bought some buttons from here (they have cats on them!). If you're looking for some cute random buttons this is the place to be. I love those apple buttons above. 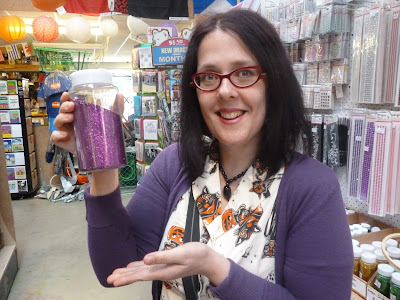 It's not all about sewing themed craft supplies - they have ALL the craft supplies including giant bottles of glitter!! This reminded me of when I was teaching and I thought that making masks with glitter would be fun - it was fun for the kids, not so much for my classroom. Imagine the damage a bunch of kids could do with this much glitter.

Also remeber how I said this place had costumes? I thought I may as well share some of that stuff too as some of it is really....interesting....my favourite is the uber macho chest rug (I mean who could resist that?) 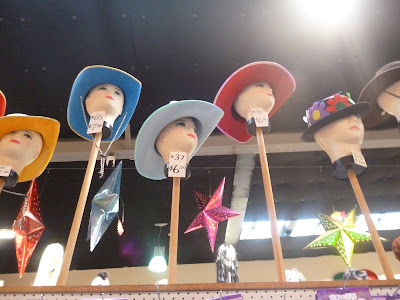 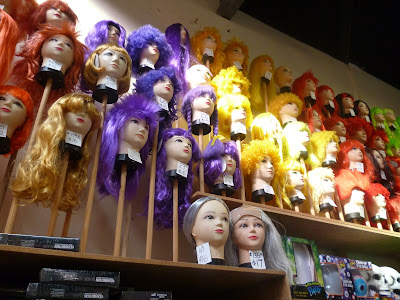 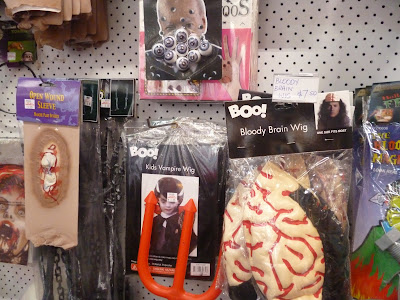 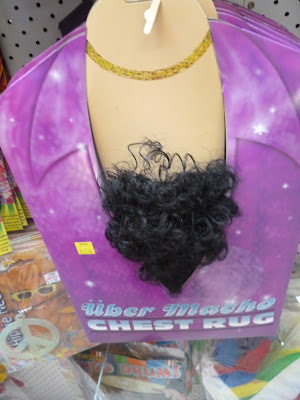 That's a very brief snapshot of shopping times at Pete's - I've promised another friend I'd head out there with her soon (she's recently moved here from Auckland and never been to Pete's - although I know there are a bunch of Auckland  emporiums). Maybe there will be another Pete's related post soon!

I hope you folks all have a lovely weekend - Spring has been pretty cruel to us so far and there has been a week of gloomy weather. We had a touch of sunshine this afternoon, so I'm hopeful we will have a nice weekend (maybe I'm too optimistic).
Posted by Trees at 5:48 pm

The buttons all look amazing- they'd be fun to use on some plain cardigans to wear with all of your funky dresses! And aren't those fluffy things feather boas? The things people used to wear for parties years ago, but mostly just wear on tacky hen dos these days? I can't quite tell.

I love shopping at craft shops like this! I don't know what it is, but I can't resist pretty ribbons, buttons, glitter, or craft supplies in general. I love it all! I always get carried away when I shop in them, and buy all the things. I'm dying to get down to Hobbycraft (big English craft-shop chain), to stock up on Christmas ribbons, and some threads and beads for some Christmas hoop art I'm working on. xx

The fluffy stuff is called marabou I believe, and yes, it is the stuff from bell sleeves, and from 50s bedroom wraps, and those little high heeled slippers, I think. I missed the Emporiums so much when I left Auckland, but by the time Pete's opened down here I was so used to not going to them that I hardly ever go. Plus, I don't need the temptation!