Hello All - This year I've decided to take part in Me Made May, I would have told you all about it sooner, but broken computer makes for tough blogging times!

What is Me Made May 2014 you may ask? Well you can see more details here, but it pretty much means I'm going to wear one item of clothing I made myself every day in May. I was officially meant to sign up before May started, but as the computer died, that just didn't happen.

For MMM 2014 I am planning on wearing ONE item of clothing I have made each day in May - some people are super sewists and can wear a whole MMM outfit, but I'm not there yet, so one item of MMM  clothing is as good as it gets!

Here's my first week (or half week) of MMM creations: 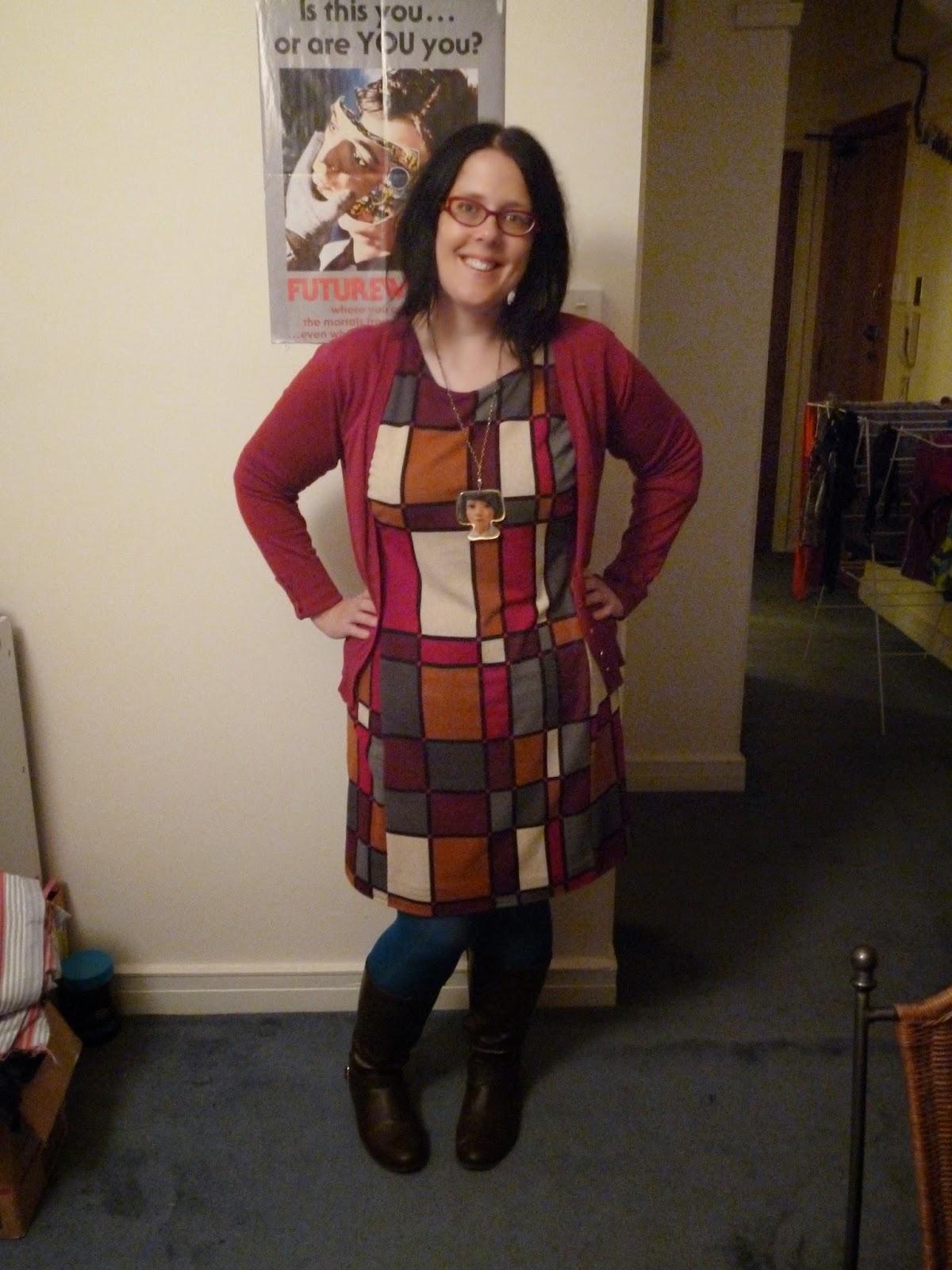 Made By Me - Maudella Dress

Other Stuff - Boots from Avon, Tights from Farmers, Cardi from Glassons and necklace from Rose Street Markets in Melbourne 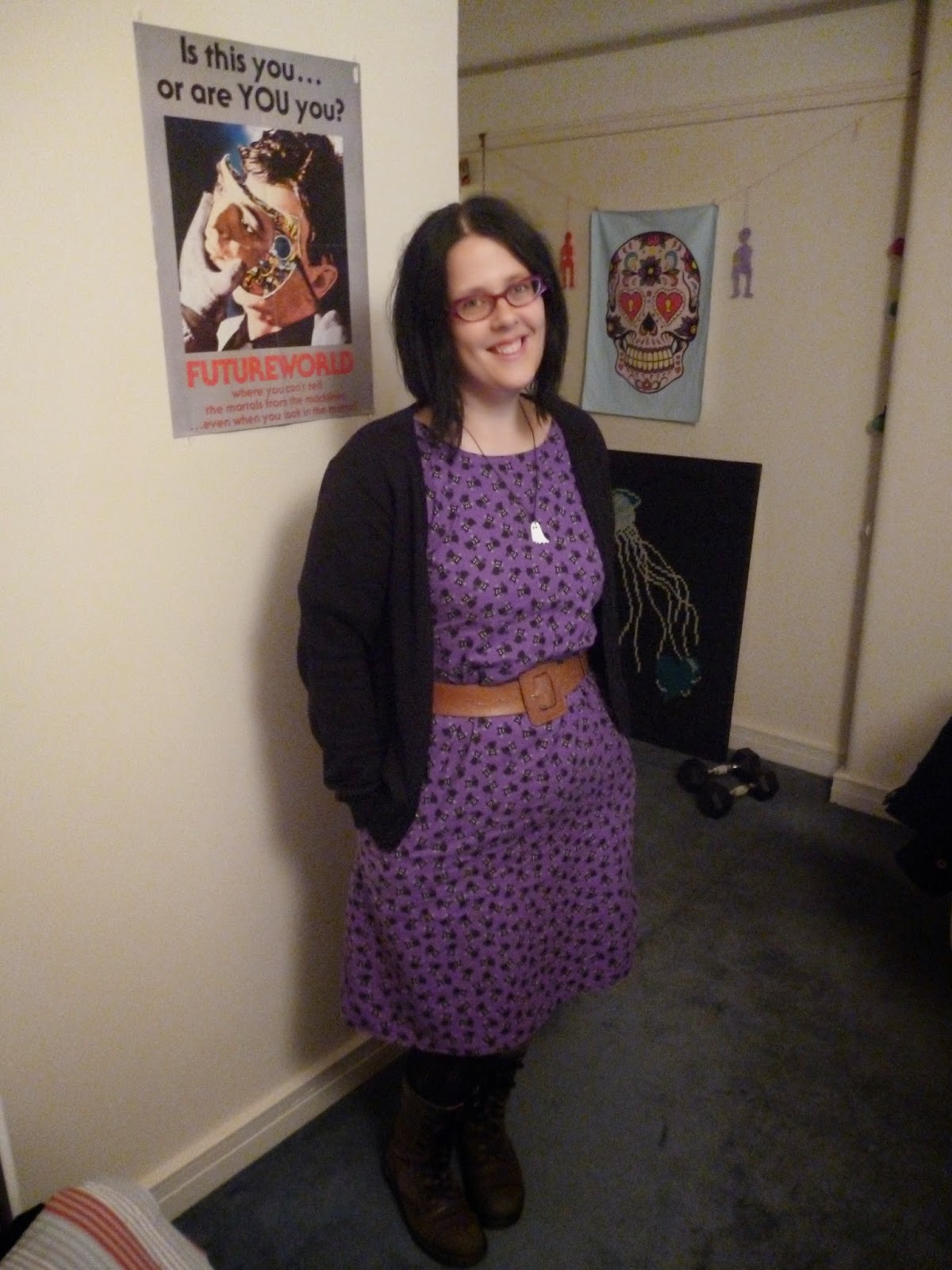 Made by Me - Purple Kitty Dress

Other Stuff - Boots bought in Korea, tights - mystery, belt from clothes swap party, cardi given to me by Rich after he shrunk it, ghost necklace from Alicia 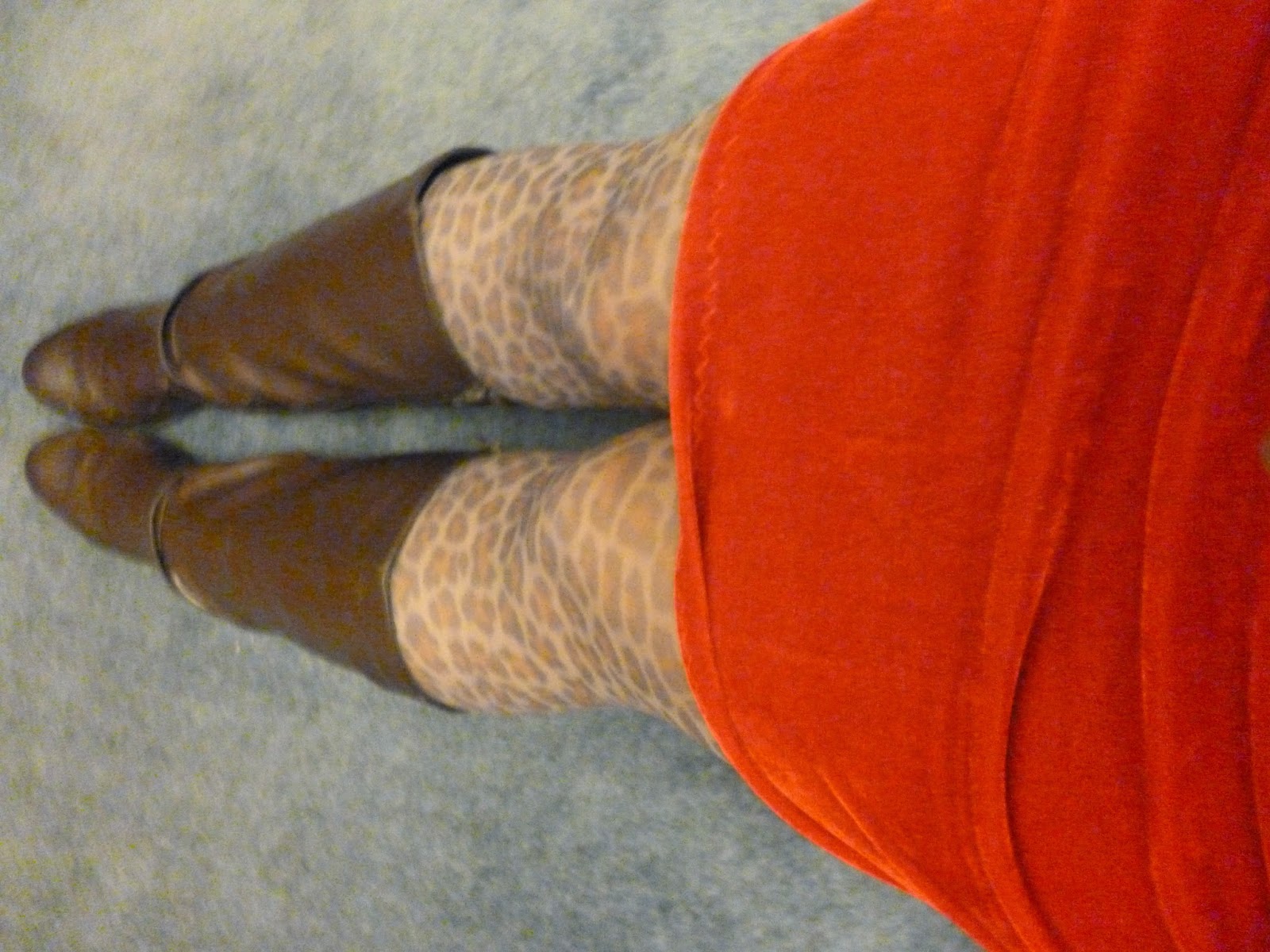 So yesterday I went to Levin on a sewing bloggers road trip and I kind of forgot to take a photo until too later - so you only get this one crappy photo!

Made by Me - Velvet Dress

Other stuff - tights from Equip about a million years ago (actually more like 5 years ago), boots from Avon Made by Me - Easter Dress

Other stuff - shoes from Avon, tights from Farmers, belt from clothes swap, op shopped cardi and scarf bought in NYC

So that's my first week of MMM 2014 - not so hard given the first week was only four days! Let's see how things go next week. Hope you all had a great weekend!
Posted by Trees at 1:53 pm

Labels: challenges, handmade, Me Made May 2014, sewing

Oh they are all so fantastic......you are so clever. Stylish and made all by you....perfect.
Love v

They're all amazing, but I think my fave is the purple kitty dress! You look fabulous in all of them, though! xx

What a fantastic start to the month! You are talented. I love them all! x

What a great start to Me Made May.

Geez you are so clever T! You make frocks that look fantastic on you. I particularly love the last combo too. Xx

i love the purple cardi/orange tights combo! and obviously the kitty dress and ghost necklace because they remind you of meeeeeee! <3 <3 <3