I know its nearly a week since Halloween, but better late than never I say! I thought it would be a bit of a bummer having Halloween on  a weekend this year, but actually I had a pretty great day. 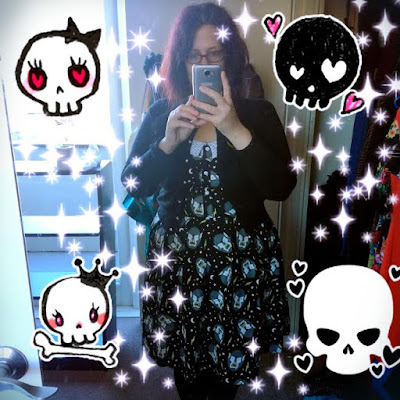 It was a Monday, so I still had to go into work but I thought I'd dress slightly more creepy than usual (well not really), so I wore my wolf man dress (It's not made by me,  the label is Sourpuss clothing). 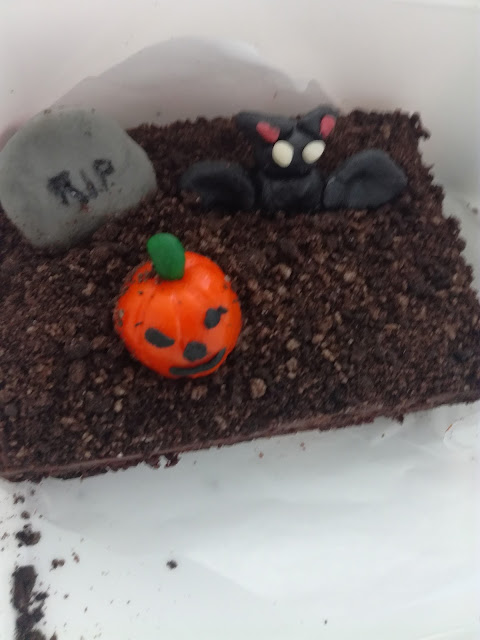 We did "secret trick or treat" at work, a bit like secret Santa, but only better because it was Halloween themed. We have some pretty great bakers in my team and one of my colleagues go this amazing cemetery brownie! 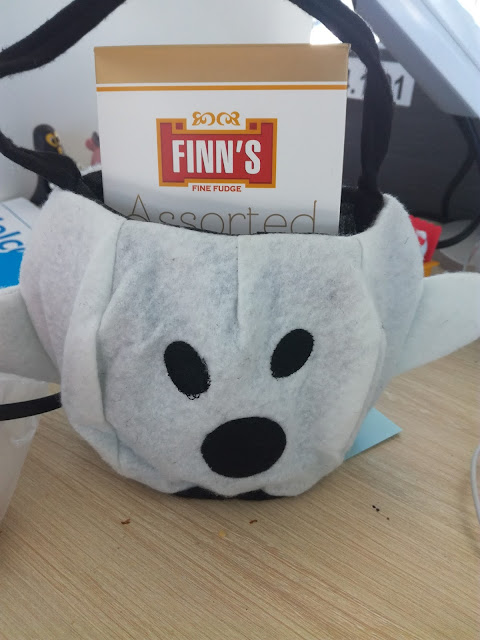 I received this week ghost with fudge inside, the ghost is now in my craft room holding all my thread.

After work we went to Film Society, where they were screened Night of the Demon in honor of all things Halloween. I've been looking forward to seeing this movie for a while and it did not disappoint! I love old horrors as much as I love the modern ones (well actually often more than I love the modern ones).

After the movie we went to the Space Place for a Halloween show in the planetarium, I'm looking forward  to taking my nephew Lukah here when he visits later this month. 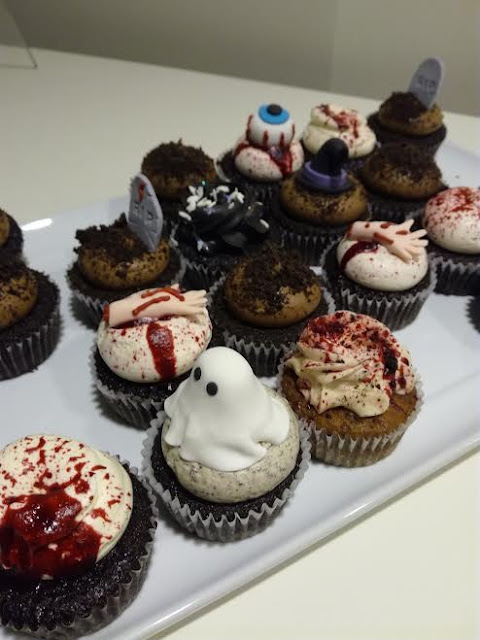 The show included a free creepy cupcake, aren't they so amazing? It was pretty hard to choose only one, but I went with the ghost as he's a little bit cute as well! 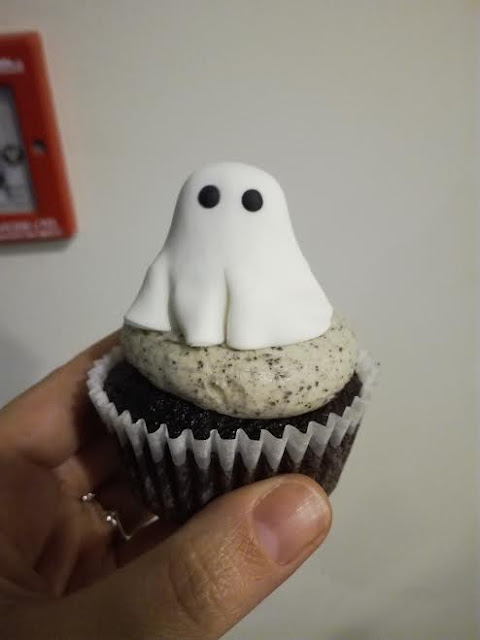 I hope you all had a great Halloween, ot a not too terrible Monday if you don't celebrate Halloween.
Posted by Trees at 5:20 pm

I love the dress! The print is awesome, and it looks amazing on you! Loving the ghost cupcake, too; it's so cute. I didn't do anything for Halloween this year. I was hoping to at least carve a pumpkin and watch a couple of movies, but in the end I wasn't feeling up to it. I suck! Ha ha! xx