I'm not going to lie guys Manila was insane - totally insane. I was totally being a "but I've traveled in Asia a bunch so I've got this" jerk when we were planning our visit to Manila.

Manila is a big Asian city and I've been to a bunch of those - Shanghai, Hong Kong, Singapore, Kuala Lumpur, Seoul, Hanoi, Tokyo - however, Manila is NOTHING like any of those places its a totally different beast and I think its the most challenging place I've been.

There's a lot about Manila that is difficult for me as a westerner who lives a pretty charmed life - the traffic, the poverty, the dirtiness and the ramshackle nature of the beast. The knowledge that I wasn't even seeing the "worst" of it as the worst was in the walled off slums and the areas full of karaoke bars that weren't actually karaoke bars at all.....

However I do believe travel should challenge is in some way, whether big or small and with that in mind I took my time in Manila in my stride - there was so much to learn, The Philippines is an incredible and diverse country and Manila is only a small snippet of the bigger picture (and I want to visit much more of The Philippines in the future) and you know something else? Filipinos are some of the nicest people on this whole earth!

Our trip to Manila started in the old town of Intramuros which was originally built by the Spanish when they colonised The Philippines - the construction of Intramuros began in the late 16th Century. 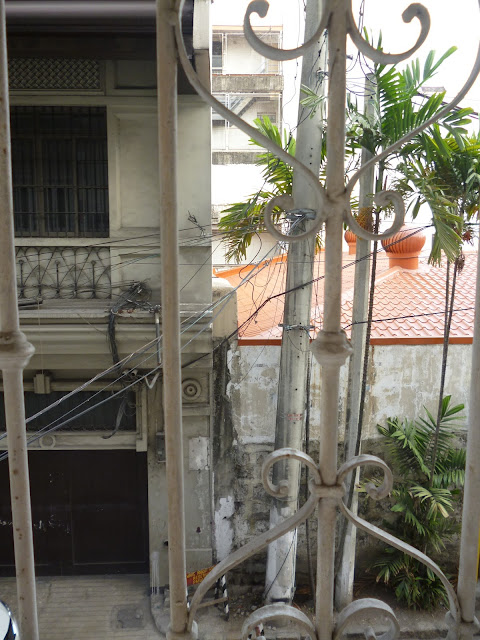 We chose to stay in the White Knight Hotel, its was a little tired (and a huge rat seemed to be living in the ceiling) but the staff were really nice and the room was clean and tidy. We arrived in Manila in the afternoon and although we knew there would be limited exploring done on day one we decided to check out the neighbourhood. 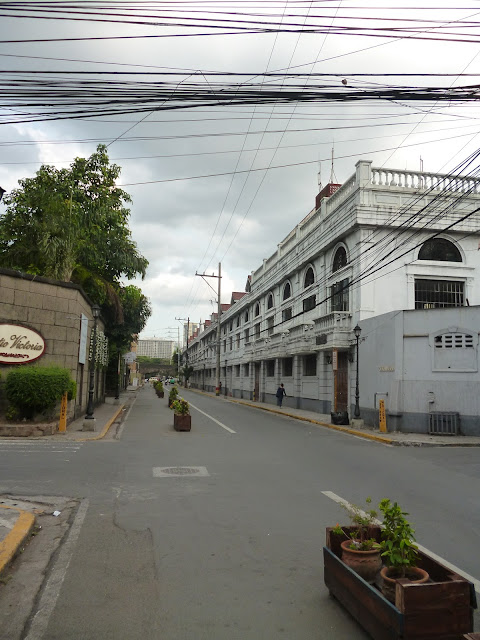 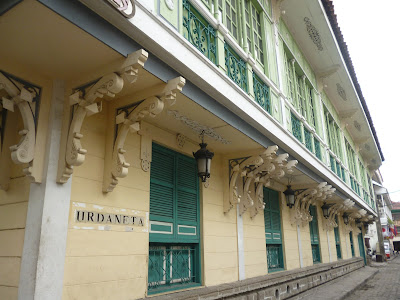 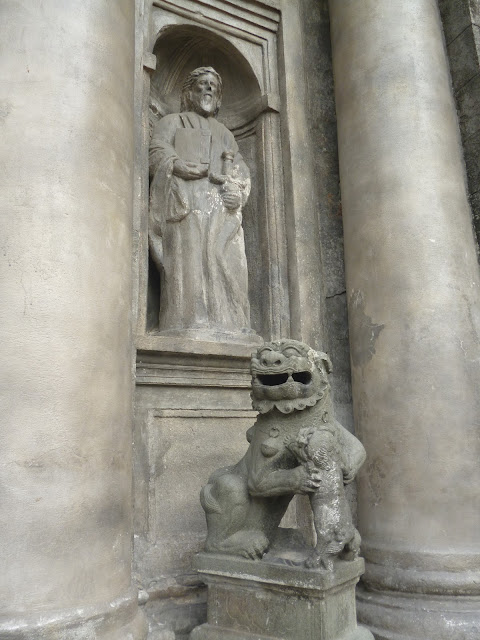 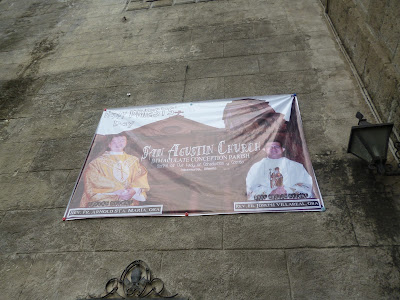 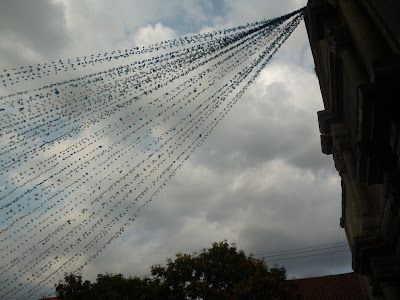 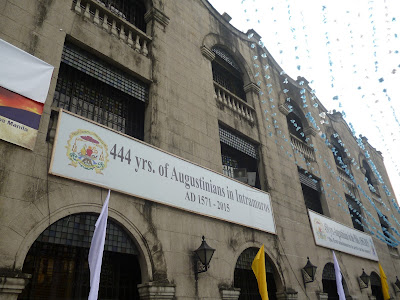 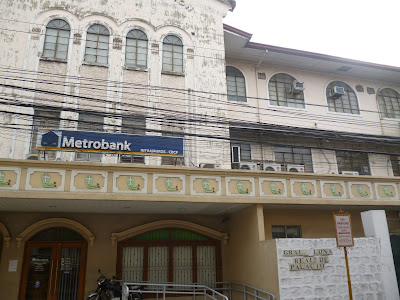 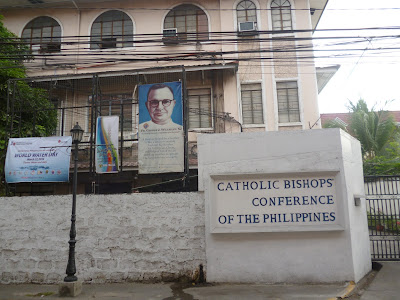 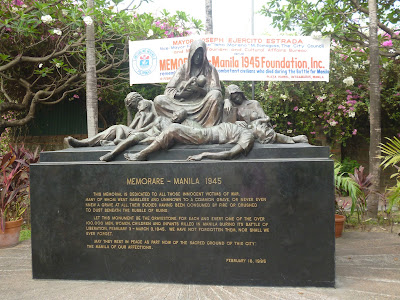 It's not hard to see from these photos the Spanish influence in this area and of course with the Spanish came Catholicism. There were a lot of churches/cathedrals in this area the oldest is the San Agustin Church which is pretty impressive and includes a museum, however, we started out by visiting the Manila Cathedral. 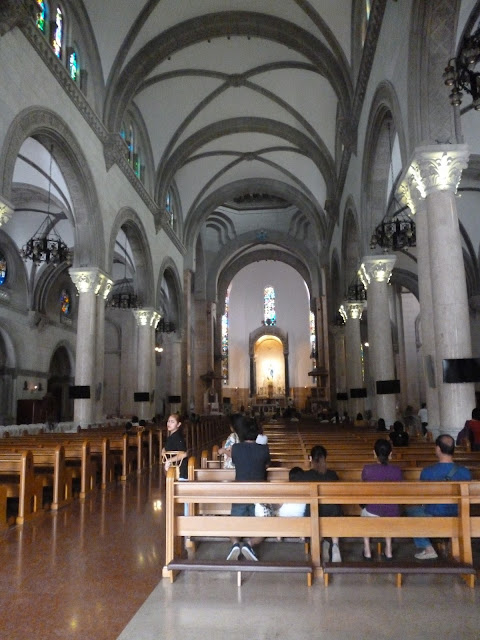 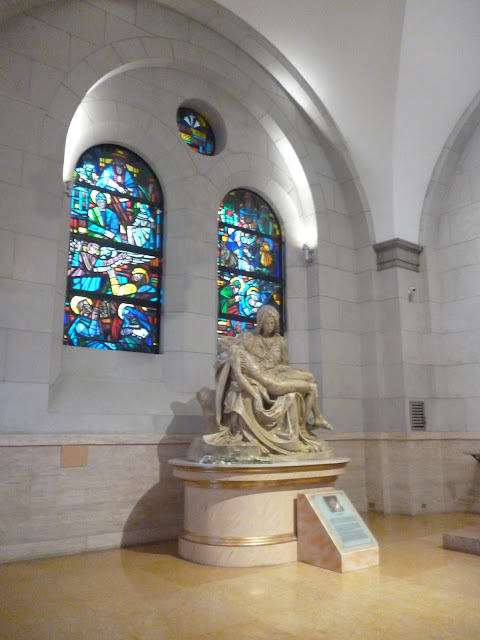 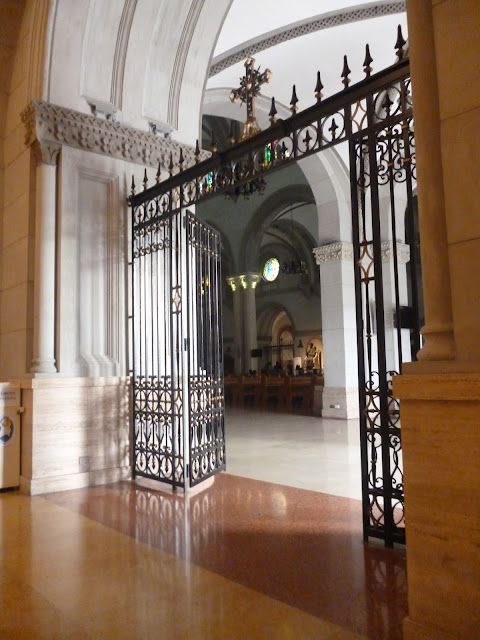 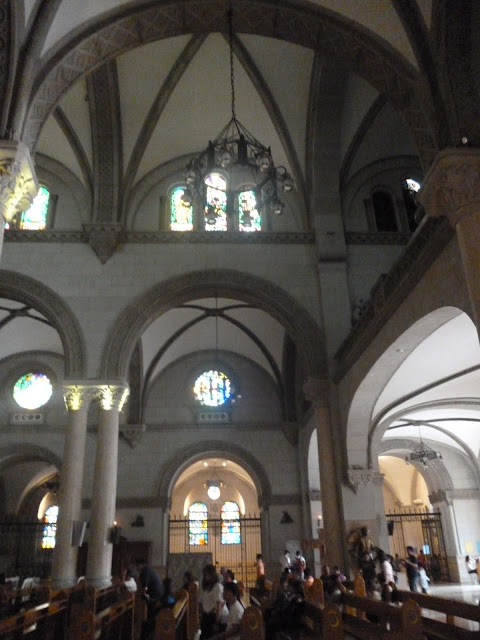 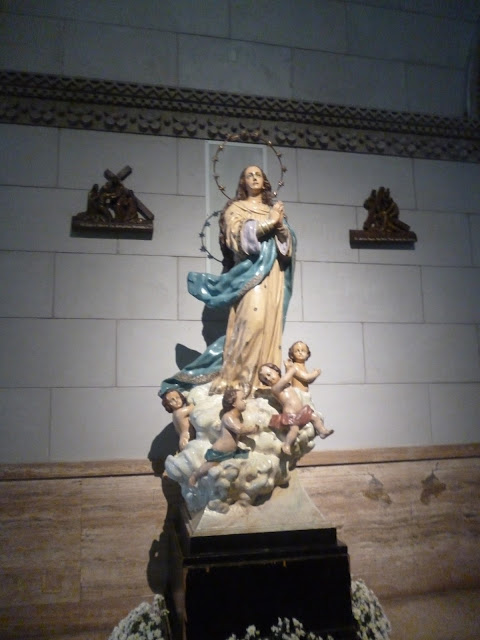 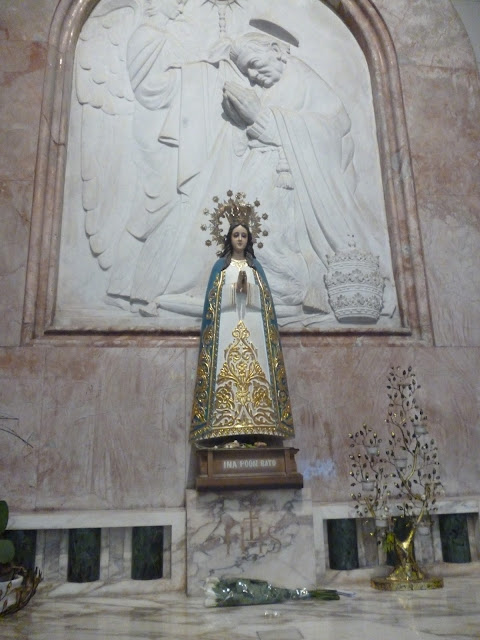 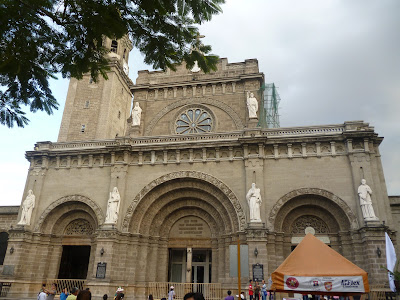 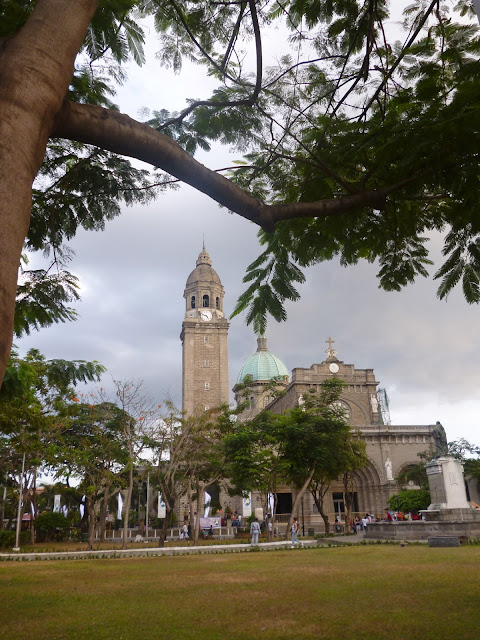 As you can see, the cathedral is beautiful and despite the fact it looks empty in these photos it was a really busy place - there were people worshiping as well as tourists like us looking around. Outside the cathedral there were vendors selling ice creams and other treats and well as many, many people offering to give us tours of Intramuros! Not to mention all the pedicab drivers who insisted it was too hot for us and we should REALLY get a lift from them. 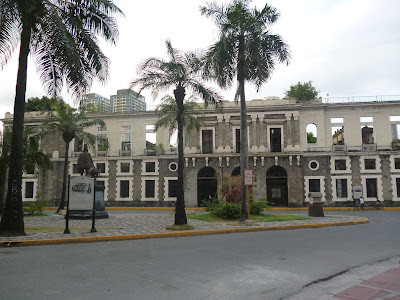 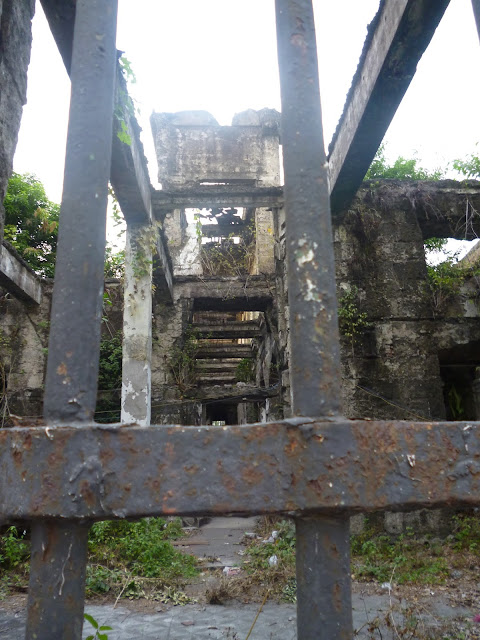 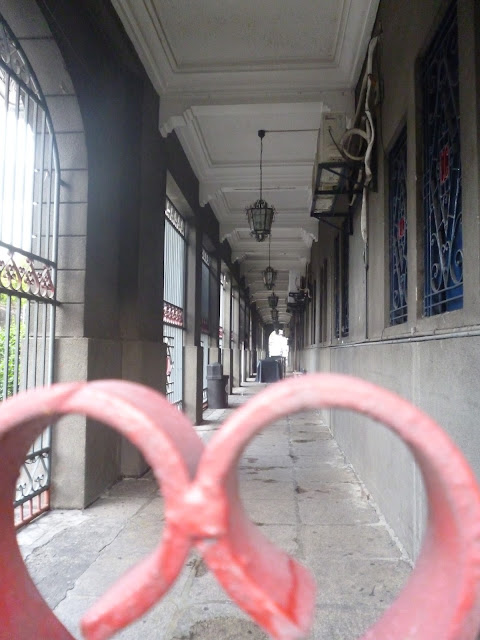 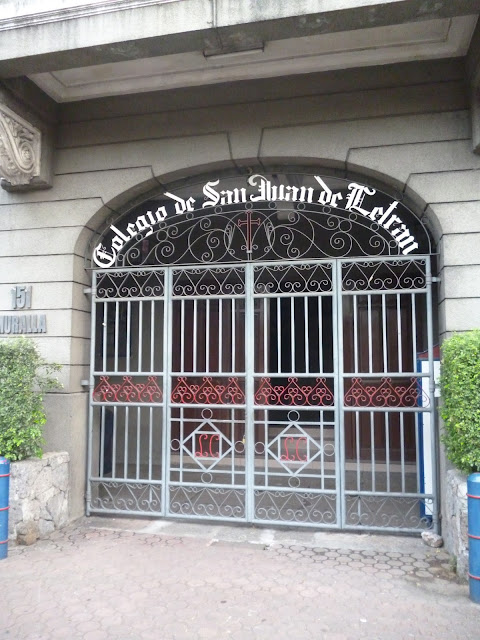 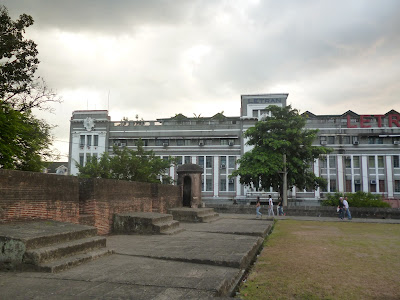 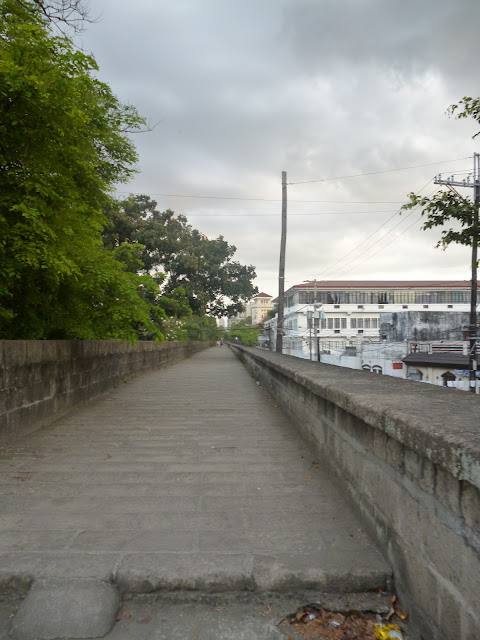 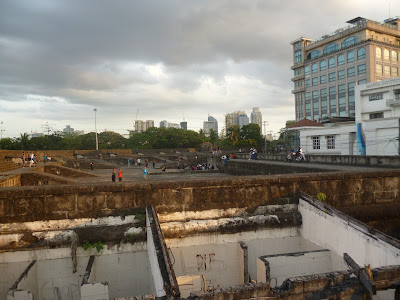 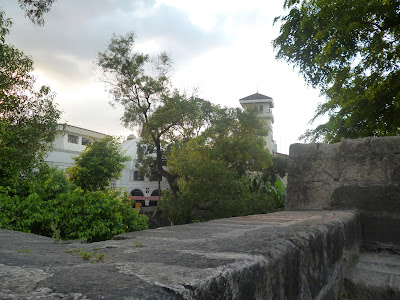 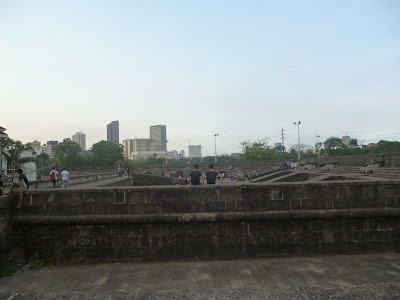 After a fair bit of walking along the wall we decided the time had  come to head back to the hotel to rest before more adventures the following day, I did snap a few photos of this street art on the way back to the hotel. 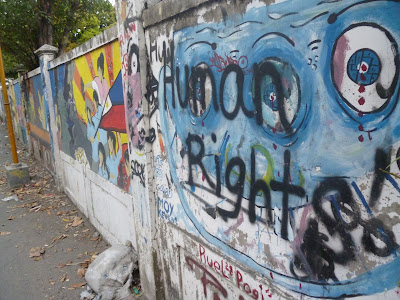 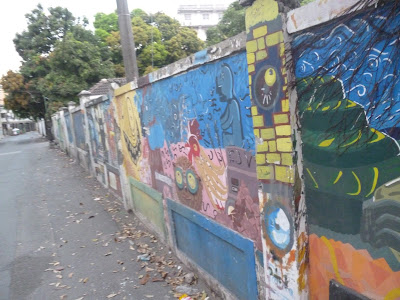 It looks lovely! My best friend from school was half-Phillipine and I always wanted to go there! It IS hard when you see extreme poverty when coming there as a visitor. I saw that in Java and Bali when I lived there.x