Last weekend was Armageddon - no not the end of the world. The Armageddon Expo is a yearly event of "pop culture" - whatever that means. Basically its the closest thing we have in New Zealand to Comic Con.

So I'm not hugely into Anime or Comics - but I am into dressing up in costume and usually there are tonnes of fun costumes and a general good vibe at Armageddon.

Before I went to the USA Ria and I agreed to dress as Rarity and Rainbow Dash. But I kind of forgot how soon after my return for the USA Armageddon was and I also didn't account for being sick so I just ran out of time to make my costume.

Ria was able to wear her Rarity costume when she went to Armageddon on Saturday with her boyfriend and we agreed to just wear "really cute outfits" when we went together on Monday (which was a public holiday).

But over the weekend I bought this dress from Cosmic and I had a sudden bolt of inspiration - why don't we go as sugar skull ladies! So that's what we did - not bad for a last minute costume idea. 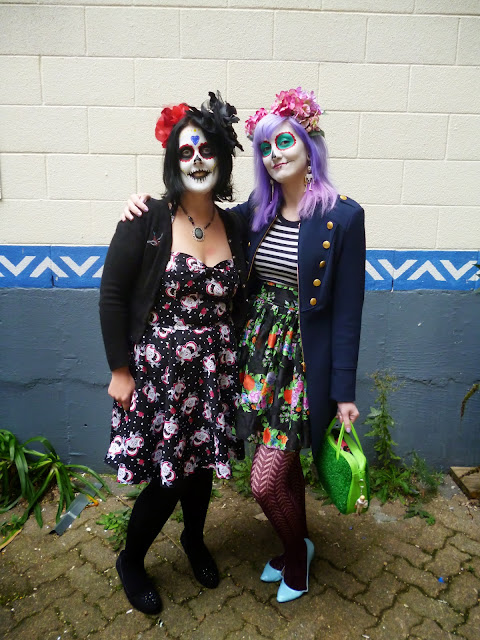 Ria did her own make-up as she is super good at that kind of thing - Rich did my make up as he's a total rockstar when it comes to this kind of thing. 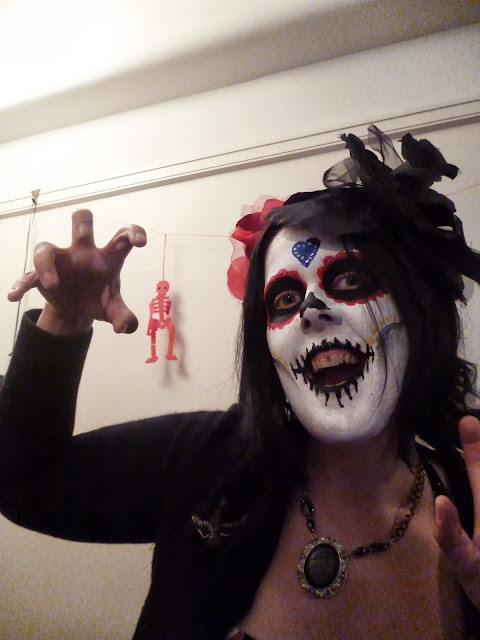 I'm pretty sure I was the "scary" sugar skull lady - what do you think?

Here's a few photos of some of the folks we met at Armageddon: 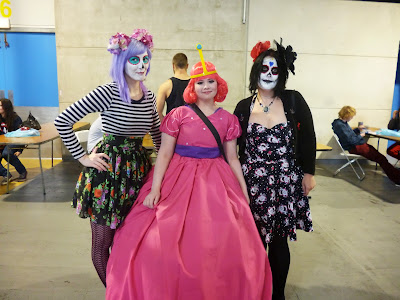 Princess Bubblegum - SERIOUSLY how cute is this girl! 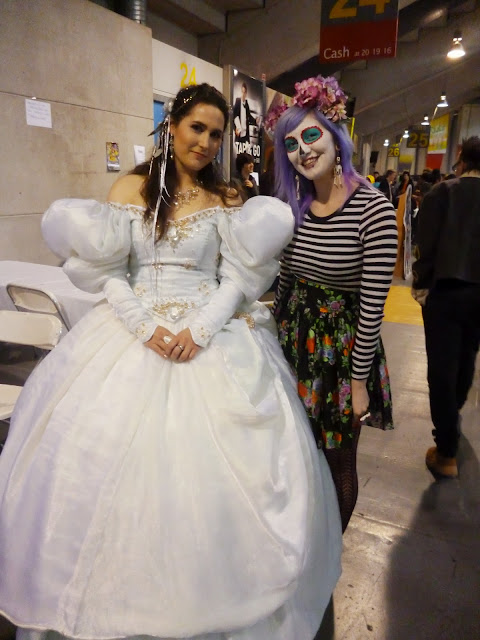 Sarah from Labyrith (how incredible is her costume!) 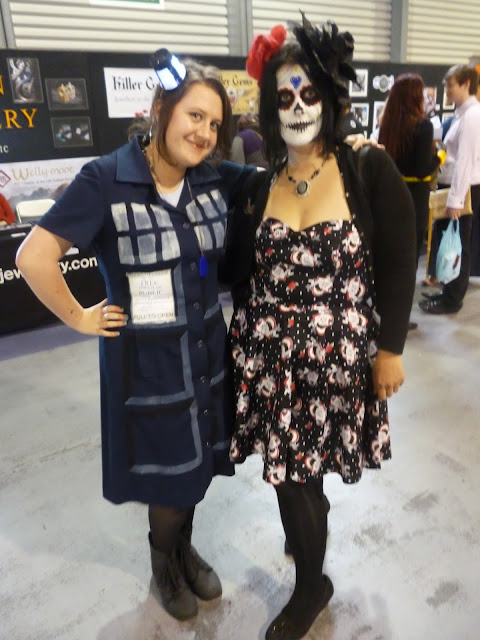 I also met a lady Tardis - I loved this girls costume, so simple but effective. She told me she picked up the dress for only $3 and then turned it into a tardis. Also the wee hat she is wearing lit up! 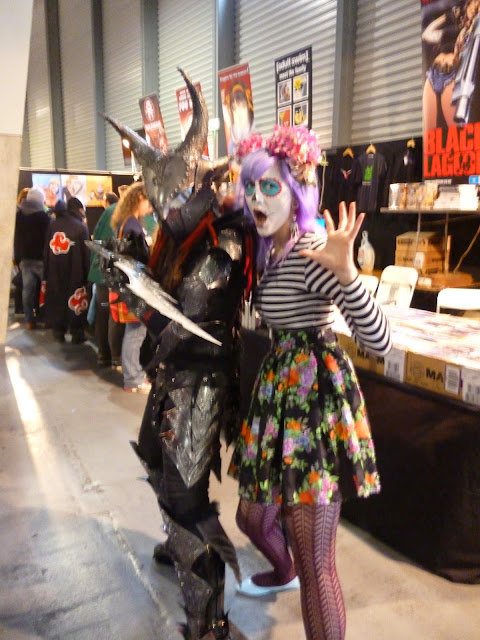 Ria met up with one of her friends from costuming school - I don't know what character she was (I think its something from a game) but I DO know it was amazing! 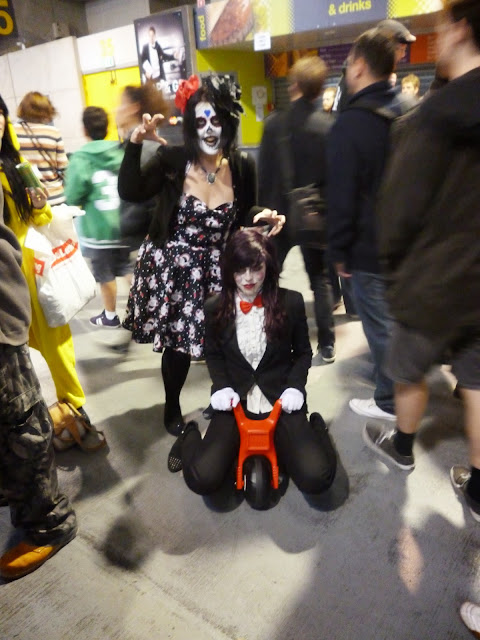 Finally I met a lady Jigsaw and her costume was incredible - we took this super creepy photo together because I love being creepy!

So that was my Armageddon 2013 - I have to admit I was tired and run down and recovering from illness and travel but I am totally glad I went and I think our costumes were pretty awesome. Also I love being creepy xoxox
Posted by Trees at 6:16 pm

Girl do you know how killer you both look? Lord! I love your make up, rich did an amazing job and your new dress is gorgeous! How fun!!!
Xxxxx

I LOVE the first photo so much! Haha, looks like you had heads of, we should do this as a group next year, dress ups, yeah! I really really want, no, NEED, a tardis dress and when else could I wear it? :)

I totally love the last picture with lady Jigsaw because of the focus on you two, while the rest of the people around were blurry in action.

Oh my goodness, how amazing do you look?! Fab-u-LOUS!

aaaaah that seems definitely fun to me! i would love to join you! your day of the dead make up is absolutely gorgeous and gosh i want that dress! i bet you had tons of fun! how absolutely cool it must be!
wish you a great weekend!
love and kiss,mary

you guys look adorable! and rich continues to amaze with his creative talents - seriously! sugar skull fabric is on its way to you as we speak!

i can't get over sarah! holy crap.

Your costumes are amazing! This looks like heaps of fun!