This weekend we celebrated our eleven year anniversary - wow, that's a whole lot of time. In the past we have taken a holiday for our anniversary, but this year it didn't work out so we decided to spend a day together hanging out doing fun things like going for a beach walk in Petone. 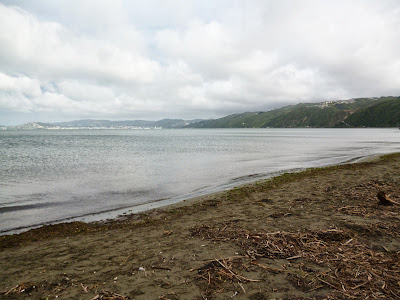 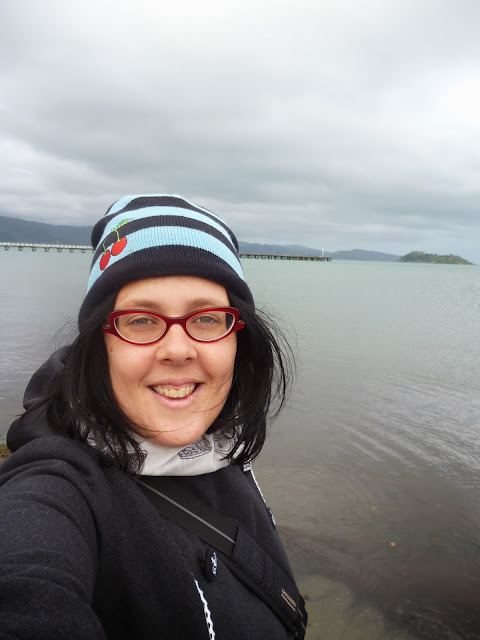 In case all you folks in the northern hemisphere were wondering - yes it is now winter and yes it is cold! 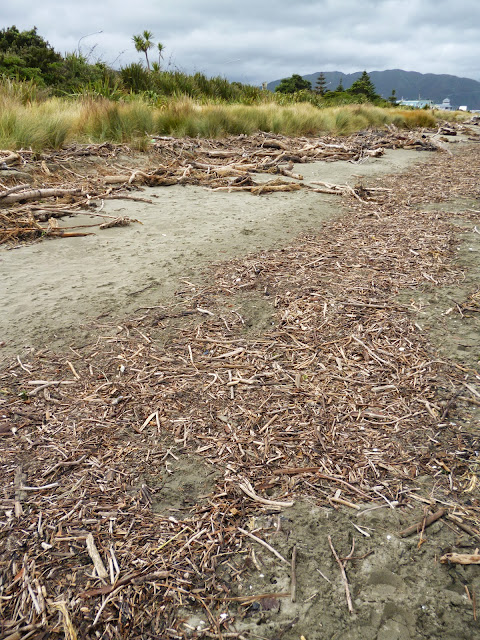 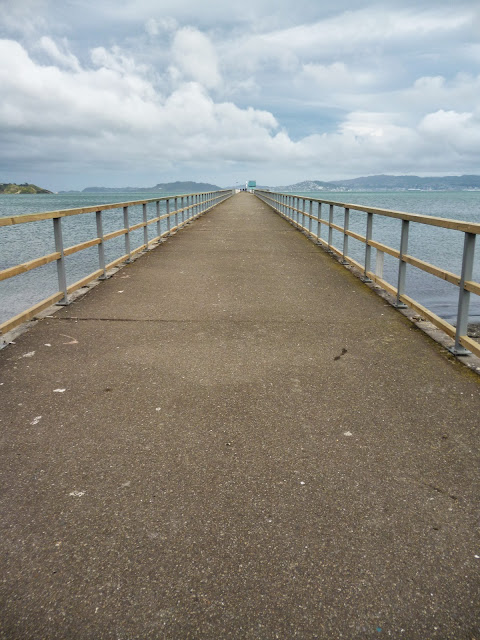 We took a walk out along the pier in Petone, which I assume is called Petone Pier? 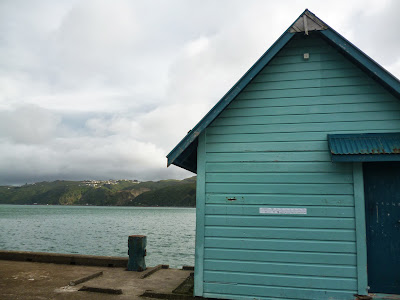 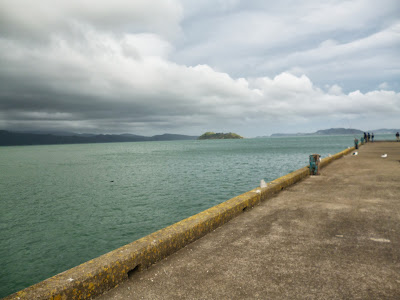 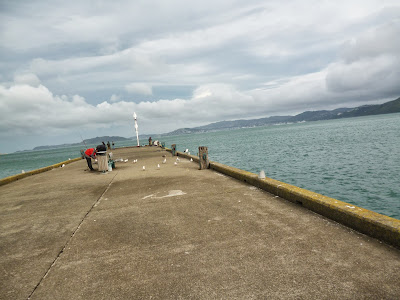 Some naughty seagulls were trying to steal the bait from the people that were going fishing - however, the wind was so strong they were getting blown backwards! 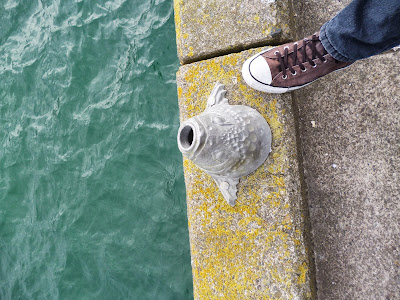 We like this fish head thing - not sure what its actual purpose was though. 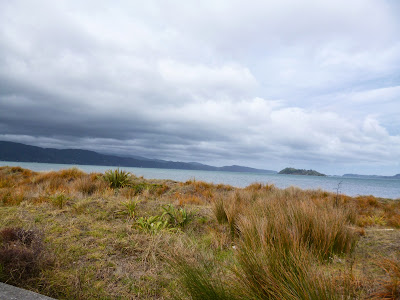 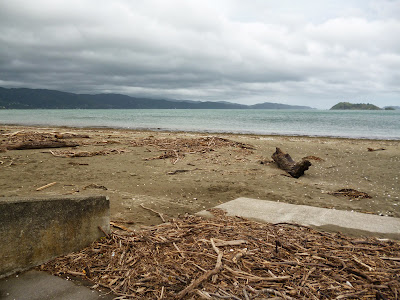 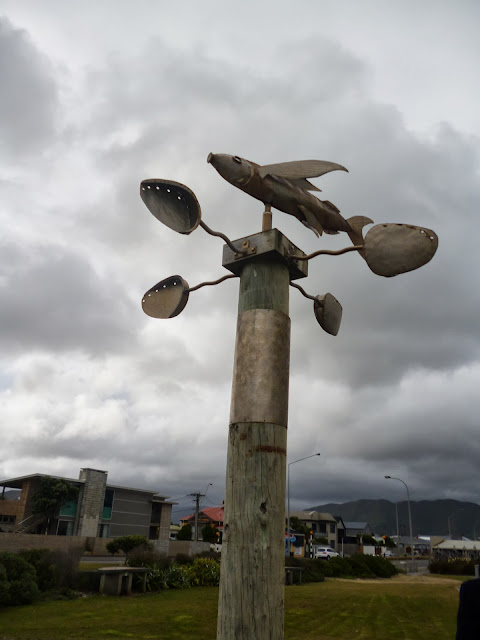 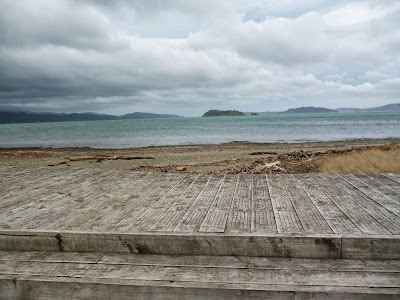 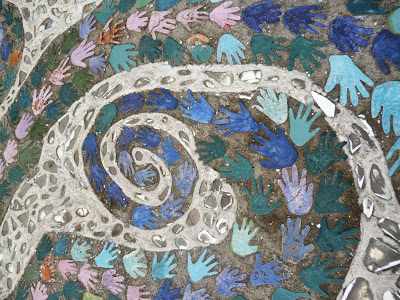 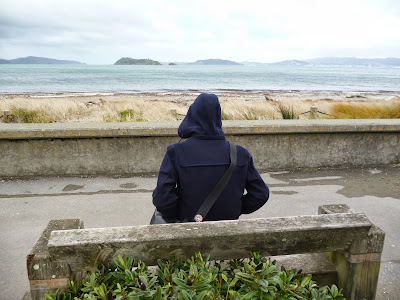 Rich waiting for me to buy some cups of teas from a cart - did I mention it was cold now? 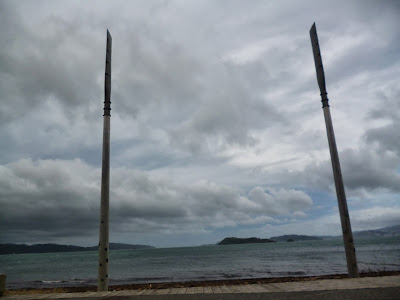 After our walk we went for a walk around Petone and eventually had lunch at a curry place. But I thought this street art was pretty cool - we spotted the storm trooper first and then on the other side of the road we spotted... 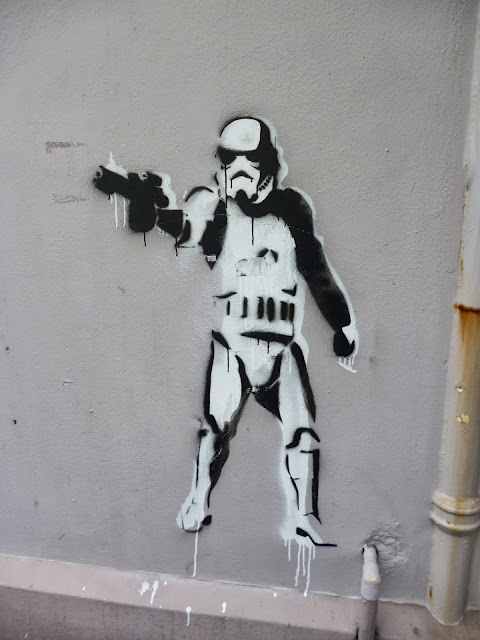 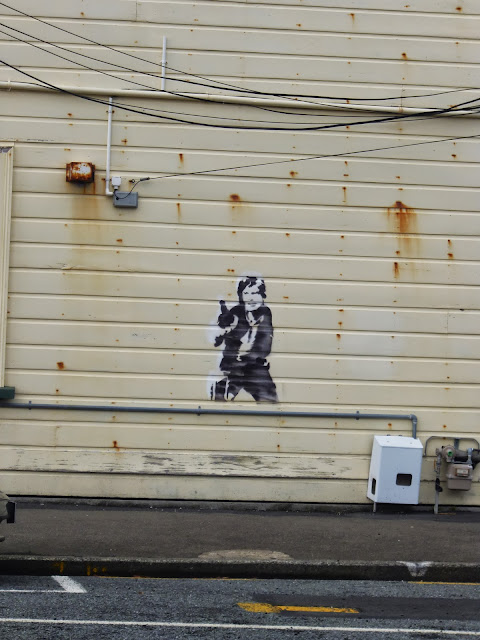 Finally this weekend we re looking after this pretty lady - my friends cat Luca! Rich and I are actually BOTH allergic to cats but in Luca's place we can make an exception (even if it results in sneezing) as she is so adorable! 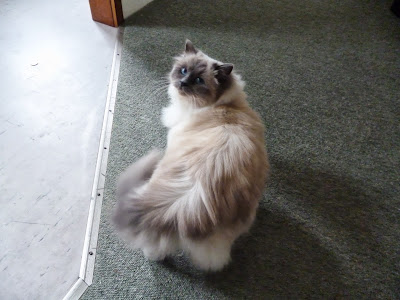 Hope you all had a super weekend :D
Posted by Trees at 3:12 pm

Oh sweet that is just lovely.......well done!!!!! Happiness is having a wonderful person to share your life with.
It looks cold to.....cup of hot tea perfect.
Are the fish heads for popping your fishing rod in???? To hold it???? Not sure.....just guessing.
Love V

Mark and I are on our 15th year and still going strong, I love being married and being Mrs Mcletchie :) Looks like you two had a wonderful anniversary day out despite it being cold, that's one of the many benefits of being two, you can always cuddle up and keep each other warm. Your pics are lovely, I really love that swirly hand art one. Luca is adorable...xXx

You were just round the corner from me! BTW, that pier was called Disappointed Bridge for a wee while there http://instagram.com/p/QdPIThzBnN/

Happy Anniversary, and many, many more ahead. Thanks for sharing the pictures of your lovely little part of the world - such a lovely spot...J

Congrats on your anniversary. 11 years is impressive! And what good timing when you have a long weekend to celebrate. Xx

Those are nice pictures you have there. The first thought that came to mind regarding those fish head "statues" would be: they're for sticking the fishing pole? :D Just guessing.

is it wrong that i'm jealous that it's cold there? summer is the WORST.

i wonder if that fish head is to put a fishing rod into? curiouser and curiouser!

i hope you're feeling better! <3

Happy Anniversary!
Those skies look rather stormy, don't they? Looks like a good place to visit though, love the hand mosaic and Star Wars art!
Luca is a beauty. xxxxx

Happy Anniversary love!!!!! What a nice day spent celebrating. Those fish heads on the pier I think are for holding your fishing pole. I love the first picture of ya!
XXOO

Happy anniversary! Eleven years is quite a milestone these days!!

Your photos are beautiful. I love the sea, even in Winter when it's cold and grey xx