In my most recent post I mentioned that I have been doing a few day trips, in my part of the world its currently summer (although you would be excused for thinking other wise, Wellington weather has been pretty average) and it had been a while since I'd caught up with a group of ladies who were really my first Wellington friends - so we decided to head over to Masterton to visit Jess, go strawberry picking and catch up.

First up was the strawberry picking at a very cute place called the "Wee red barn" - I usually end up doing a lavender picking day trip in the summer, but that didn't happen this year, it was strawberries instead and it was pretty great. 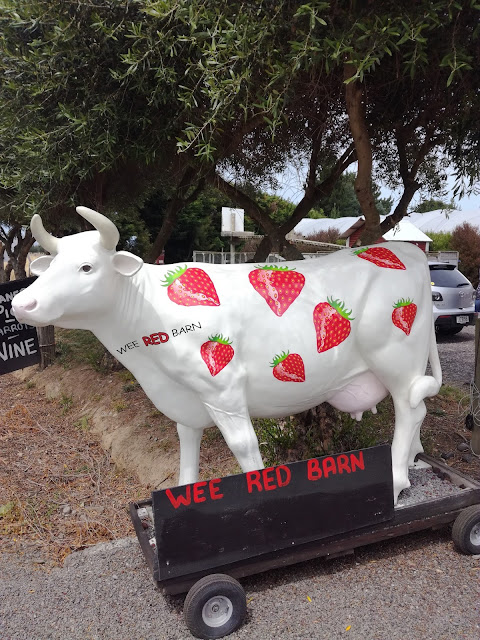 The Wee Red Barn was pretty great, they grew a bunch of different berries at the farm, not just strawberries - but of course we were there to pick the strawberries! 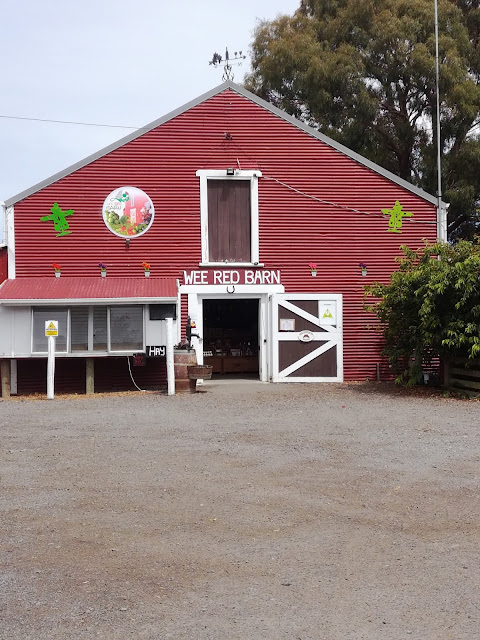 The strawberries were growing under shelters and were growing off the ground, so we didn't have to bend over too much before we picked them - which was a bonus! 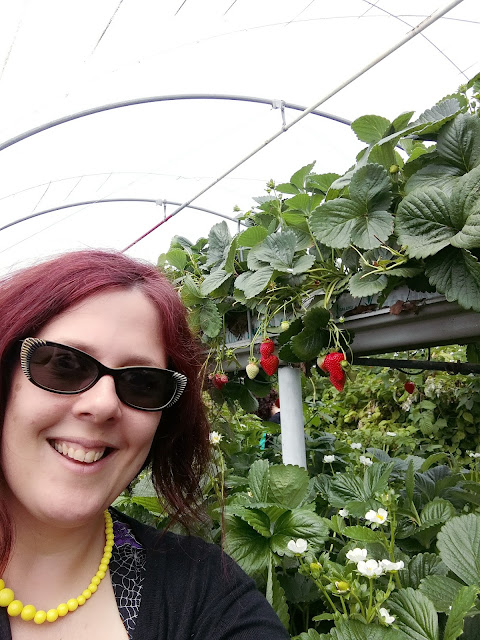 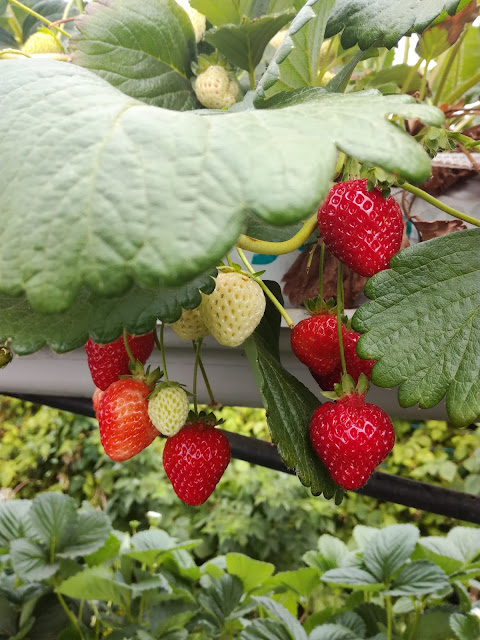 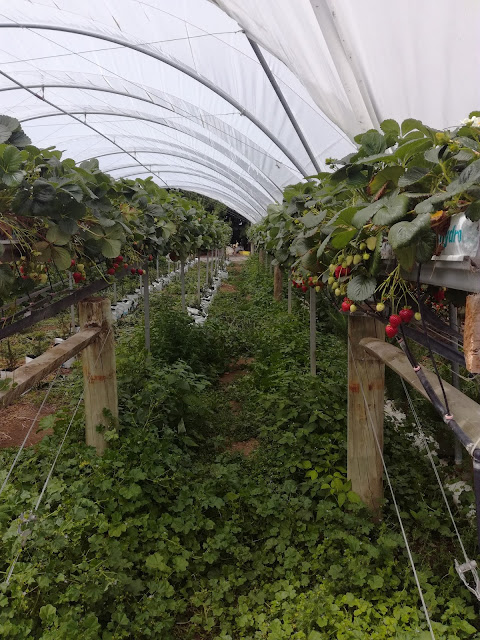 I was also really amazed how huge these strawberries were, we were also allowed to eat strawberries as we picked them which was a bonus! 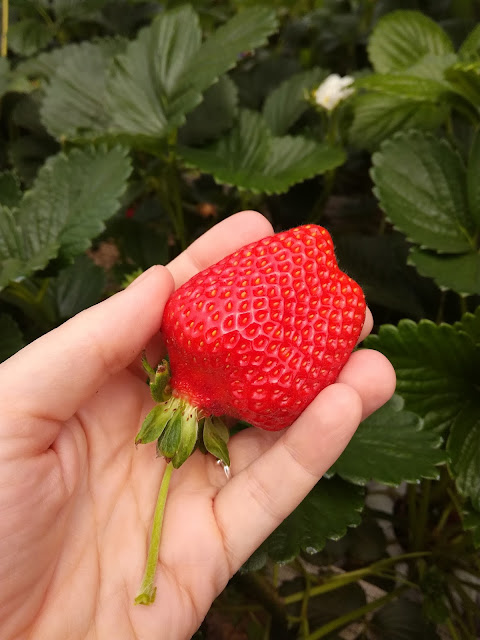 Once we had eaten all the strawberries we could and filled up our cartons of strawberries it was time to leave. 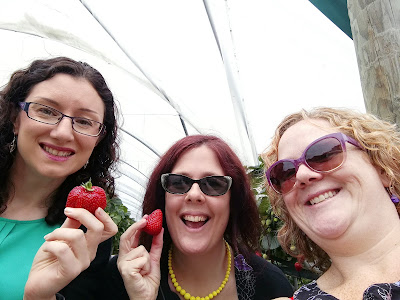 The cartons seriously held A LOT of strawberries, look at this container, I can't imagine even being able to buy strawberries like this back in Wellington (and if you could buy them it would cost about a million dollars). 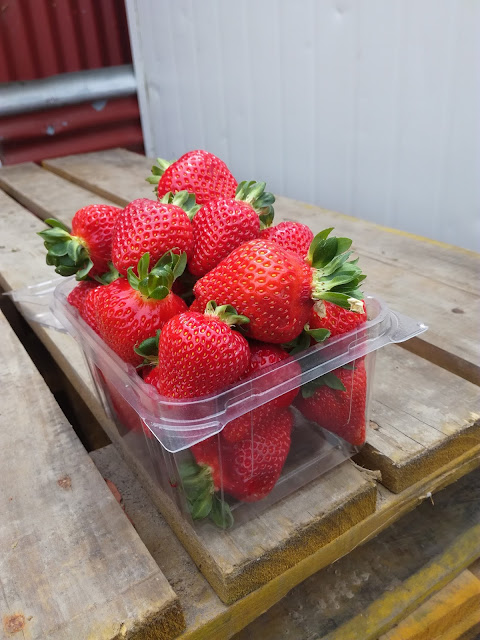 We stopped at the store on the way out, there was fresh fruit, jams and a lot of other delicious things for sale. I bought a BIG container of blueberries - we couldn't eat them all so I ended up freezing them - perhaps I can make blueberry muffins? 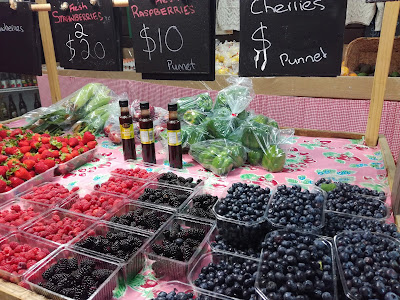 Also I couldn't resist saying goodbye to these guys on the way out - even if they didn't really their photo taken! 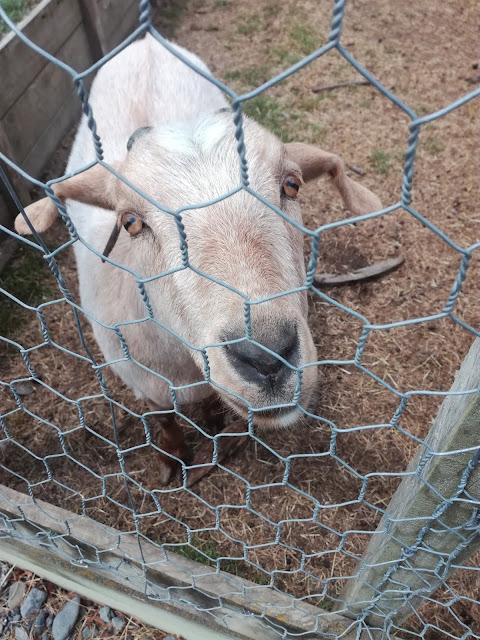 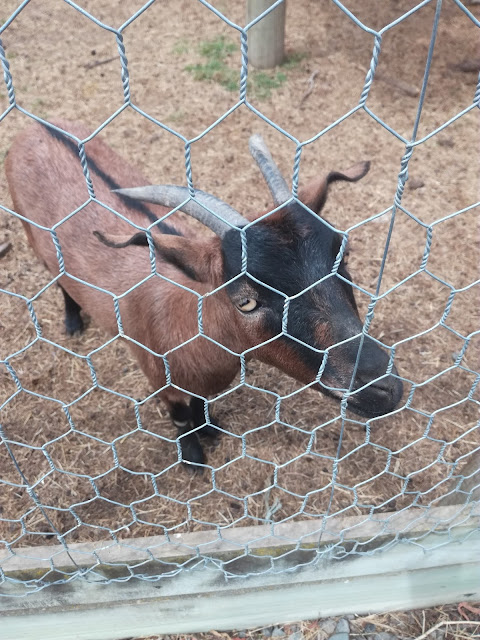 We stopped for lunch at Paper Road Winery, even as a non-drinker I can't resist a lunch at a winery. There's always lovely, relaxing views of the vines! 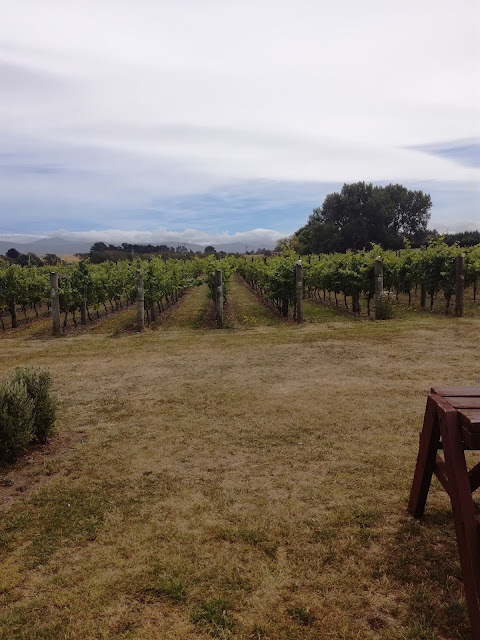 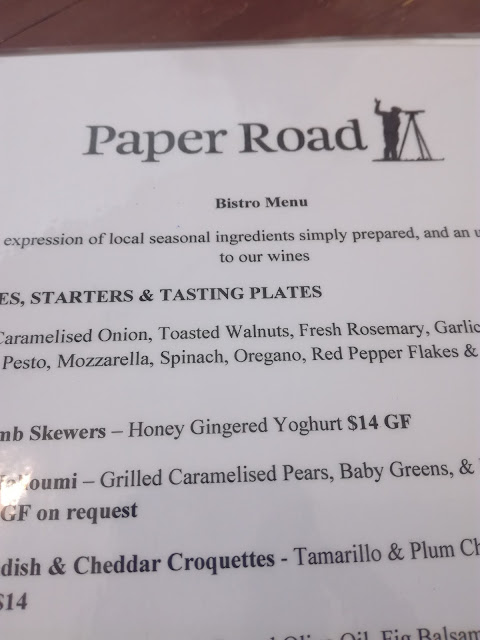 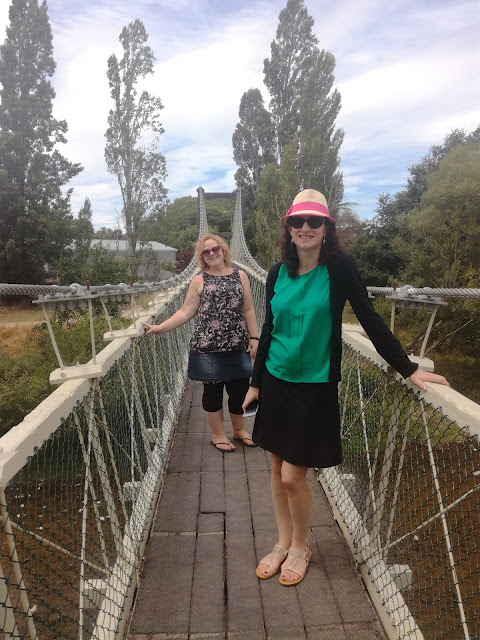 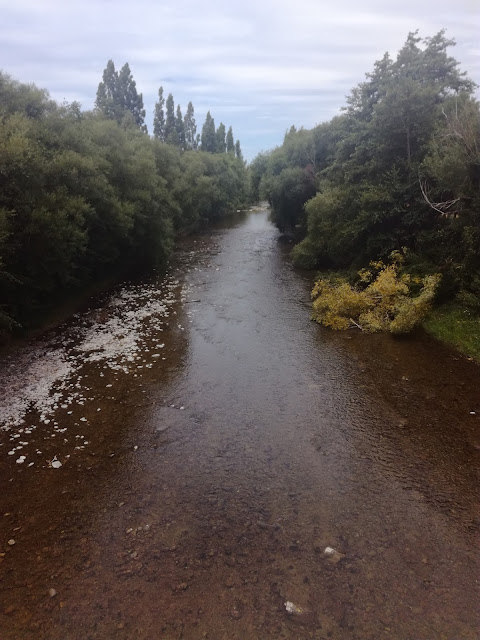 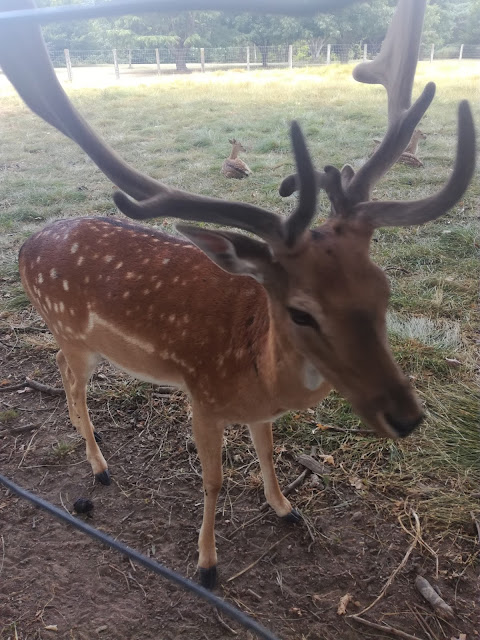 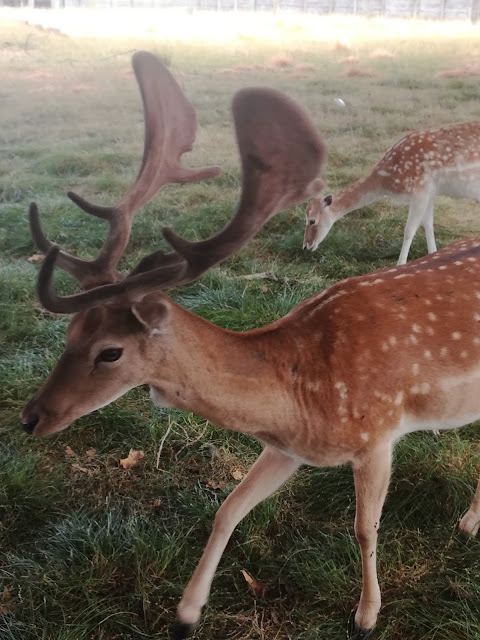 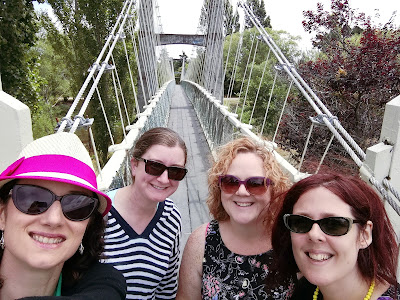