My little  niece Sophiia is turning five this year and starting school (WHAT?) for her birthday I decided I'd make her a princess dress, as I'm pretty sure she thinks she is a princess.

When Rich and I were at home at Christmas last year, she told me all about a Disney Princess called "Sophia the First" who she obviously loves (she received a Sophia the First art set for Christmas).

When I saw a couple of metres of Sophia the First fabric going cheaply on a facebook fabric destash group I'm part of I thought I better snap it up for Sophiia. I guess Sophia the first isn't as popular as the likes of the "Frozen" crowd. Although I'm not sure, I've never seen Frozen, in fact I don't think I've really seen a Disney movie since "The Lion King".

When I told my brother I had this fabric he assured me that Sophiia would "go insane" if I made her a dress from it, so that kind of sealed the deal. 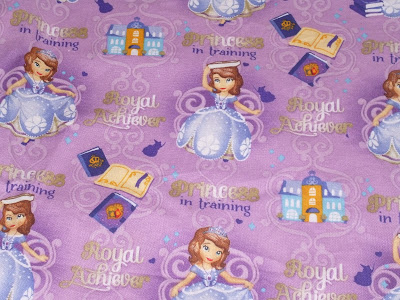 The next question was what pattern to use, I've picked up a few kids patterns from various op shops as they are useful things to have on hand for making presents. However, all the patterns I had were pretty much practical, day to day clothes rather than princess dresses.

However, when I was checking out the craft books at Whitcoulls I found this very sweet book - "Girls World" it has some cute dresses for girls as well as some craft projects and things like quilts and cushions. Also it was on special so cost less than a new princess dress pattern would have so I  decided to snap it up. 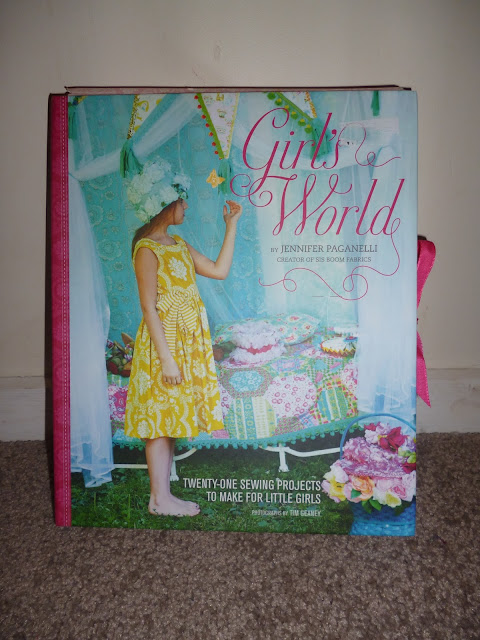 The dress I decided to make for Sophiia is the dress that features on the cover of the book "Mary's fancy sash dress". It's a simple fit and flare type dress (although not too much on the fit, as its for little girls after all). I mostly decided to make it because it included a big sash and that just screams princess to me. 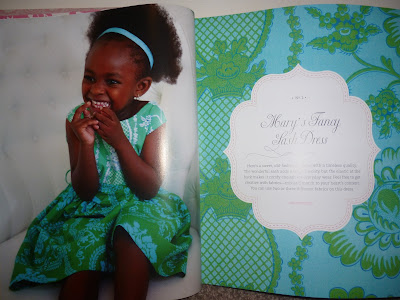 Here' the finished dress, now Sophiia is five I can't use Kuromi as a model anymore. I'm not really sure a coat hanger shows the dress off very well though. 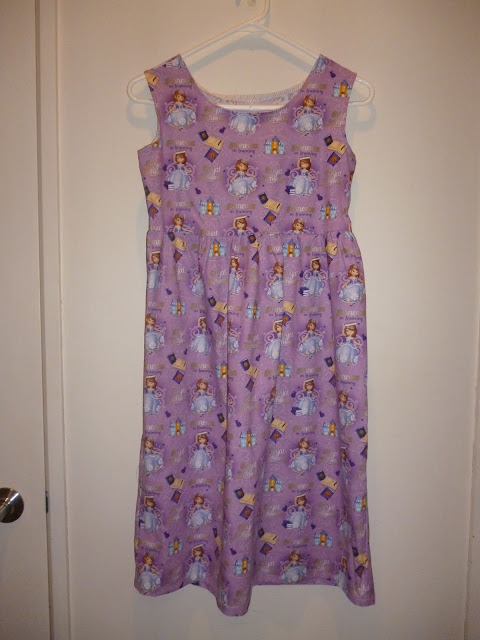 I just have to say, Sophiia is quite tall but this pattern called for the most extraordinarily long skirt, I took about 5cm off the bottom and then when Rich saw it he said "I hope that's not too long for her". I figure worst case scenario my mum can shorten it a bit more.

Finally, the dress with a sash - because Princess dresses  are ALL about big bows, you HAVE to have a bow! 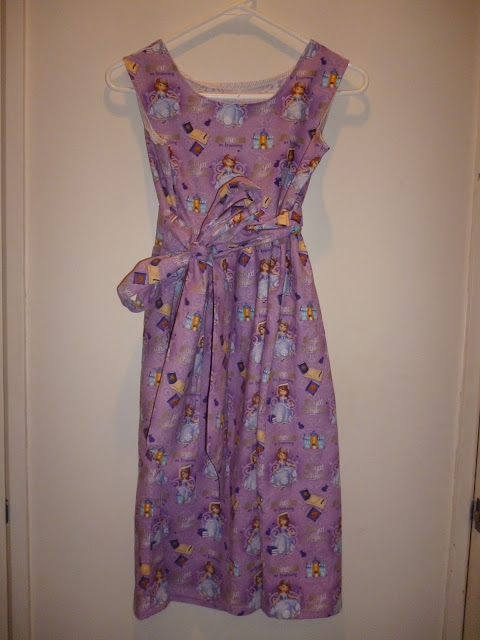 I'm going to post this dress home later this week so fingers crossed its a winner. As for the pattern itself, apart from the length of the skirt issue it was a really great pattern to use, very clear and no issues. The patterns in the book range from 2-3 years up to 12-14 so I can see myself using this book a lot for Sophiia and also for other friends that have daughters. I just wish it was as easy to find cool things to make for little boys.

Hope you've all had a good weekend - I've been to Porirua today to buy some trims and other exciting bits for a Kawaii costume I'm working on for an event in September!
Posted by Trees at 5:38 pm

Aaw the dress is adorable, I think you did such a good job! Definitely show us pics of your niece wearing it please! :)

The dress looks adorable, and I bet she's going to love it! I've never even heard of the character, though... I must be getting old! I do love a bit of Disney, but I'm not sold on the newer films- the Frozen craze is driving me insane. I seem to be the only person who doesn't love it! xx

Oh! That dress is so adorable!!

So cute! I can't wait to be a biological or honorary aunt, but almost all of my friends are childfree. I'll have to wait for my brothers to get old enough!