Yesterday it was time for Craft 2.0, which for those of you who don't know is an indie Craft fair held in the New Dowse Gallery in Lower Hutt. The fair is organised by the lovely Sue Tyler - I have met Sue before, at a workshop she was running at the New Dowse (to make record bags - yah!).

When I met her previously I told Sue about the Craft Group Kat and I run called Crafty Foxes.

When I met up with Sue at her stall at Craft 2.0 she was nice enough to give me a couple of awesome items from her stall because "We crafty ladies that organise things need to look after each other" - she's so sweet!

Here's what I received from Sue, some cupcakes magnets and some skully earrings - My two favourite things in the world! Skulls and Cupcakes! 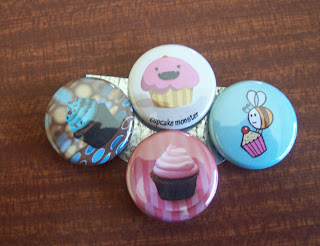 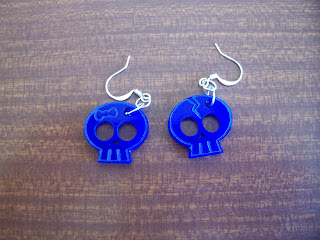 Because Sue was nice enough to give me some goodies, it freed up my money to buy even MORE stuff! I ended up buying this necklace, skully Hello Kitty Ring and a pack of vintage paper items for further crafting madness. 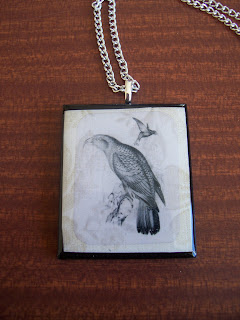 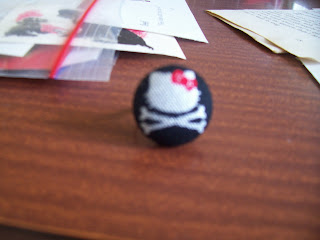 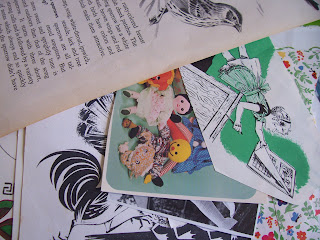 Finally, we finished off our day out at Craft 2.0 with Chocolate on Chocolate cupcakes...mmmm...tasty... 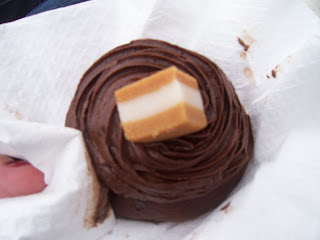