This weekend been our friends Nicky and Rick came down to visit us from Hamilton which was awesome - I love it when people come and stay! We met up with them on Saturday morning as they decided to spend Friday night in a hotel (as they arrived in Wellington late) we decided to head to the waterfront first off - but it turns out I got my dates wrong - I thought the Chinese new year festival (parade and markets) was on Saturday but it turned out it was on Sunday...opps. So we just took Nicky and Rick to have a look along the waterfront and decided to come back for the Chinese show which WAS on that Saturday.

After going for a bit of a walk we met up with a couple of Nicky and Rick's friends who were visiting from Dunedin - we caught up with Celia for a bit as well then headed to check out the Chinese new year show on the waterfront.

The show was all good to start with - there were three very cool Chinese Lions which were awesome. But it turned out that after the first cultural performance the show turned into a fashion show which we weren't really interested in...we came to see Chinese cultural acts - damn it!!

We decided that next it would be a good idea to do something very "Wellington" so we took everyone up to the botanical gardens via the cable car - we even went to the cable car muesuem - which is something I haven't done since before I lived in Wellington so it was pretty fun. 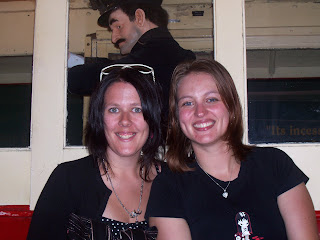 Here's a photo of Nicky and I sitting on the "old school" cable car in the cable car muesuem - with the slightly creepy driver in the back ground... 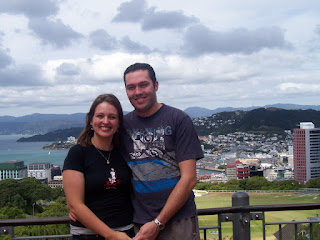 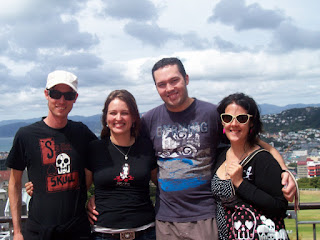 Some photo's of the whole gang at the top of the cable car looking out over Wellington.
After the cable car adventure we tried to decide what to do next - I had booked us into dinner at Harem (of course!) for later on that night. So we decided to go for a drive around to Scorching bay - just to hang out and take in the views. 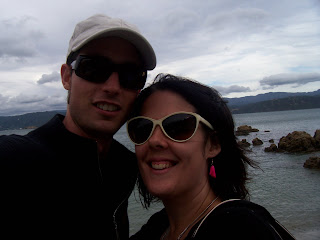 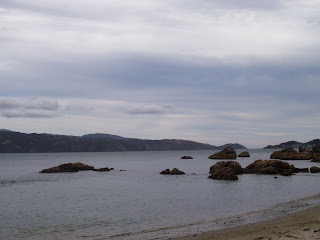 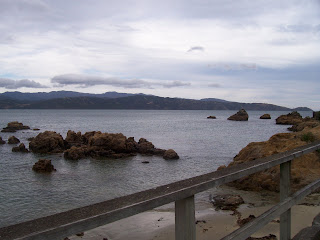 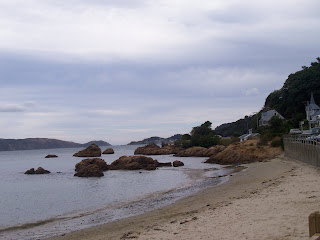 After returning home and the guys having a few drinks it was time to head out to dinner at Harem (naturally I had to take Nicky and Rick to Harem - it's where I take all my visitors!), Nicky and Rick's friends from Dunedin and some other people joined us too so it ended up being quite a big group of people which was cool.
Neither Nicky or I were drinking that night but we decided to get the non-alcoholic cocktails just for fun - I was so glad we did - they were such awesome looking drinks! 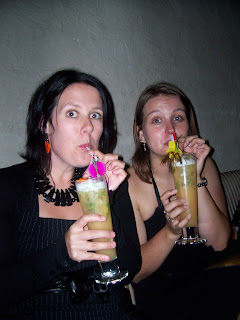 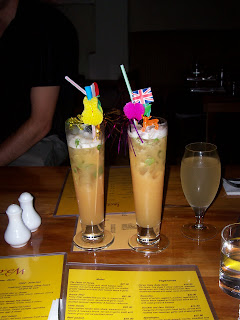 I also took a photo of the celing when I was leaving Harem randomly - I never really noticed how creepy and crypt like it was before I took this photo! 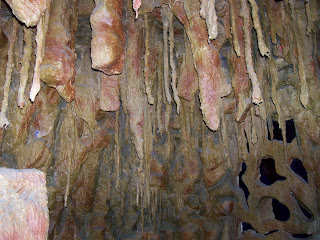 We ended the night at San Fransico Bath house - we watched a Fringe Festival gig called "Surfing on the Fringe" it was a really cool gig and one of my favourite bands from back in Hamilton was playing - "The Hollow Grinders" and they were really awesome (as always).
We didn't end up staying at San Fran too long though as Nicky and Rick were leaving for Hamilton at 8 the next morning....
But it was such a fun day - so awesome to have visitors! Yah!
Posted by Trees at 6:48 am