If you've been following my blog for a while you will know that as well as crafts, creepy things and Hello Kitty I really like walking. I live in the inner city and its my everyday mode of transport and I wouldn't have it any other way. 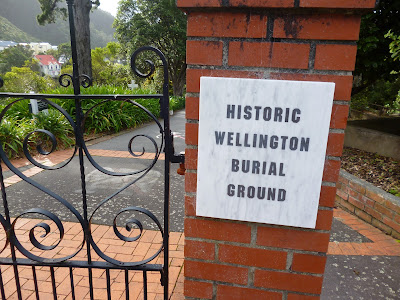 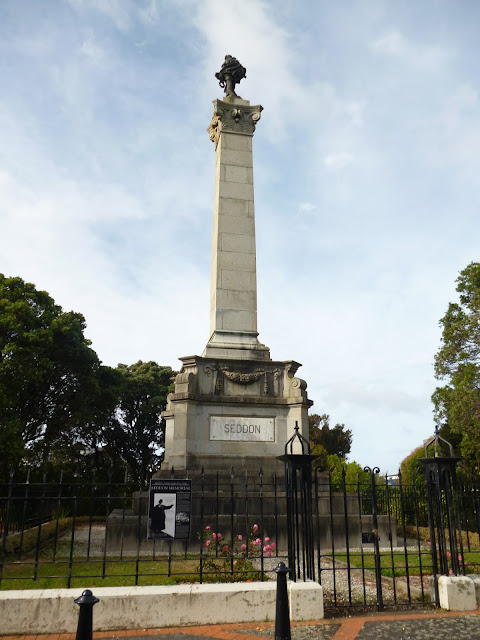 At the entrance of the cemetery is a memorial/gave to Richard Seddon (or as he was known "King Dick"), he was and still is the longest serving Prime Minister of New Zealand (although he wasn't officially a Prime Minister until 1901, before that we had a Premier).

King Dick's gave is the most impressive in the cemetery, although there are also quite a few other incredible gravestones. 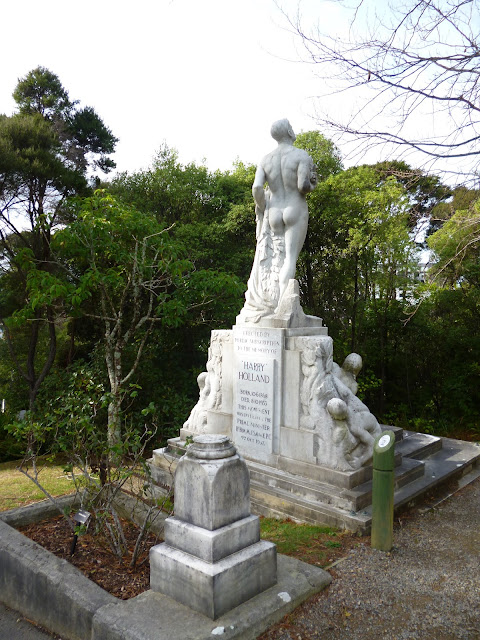 Harry Holland is another fairly important person in New Zealand Politics, he was the second leader of the New Zealand Labour party - the inscription reads "He devoted his life to free the world from unhappiness, tyranny and oppression". 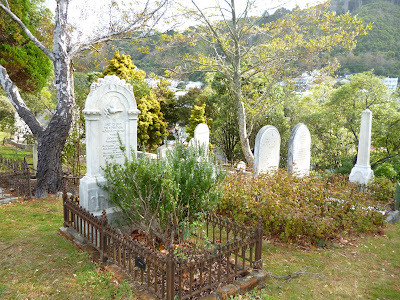 The cemetery looks out over Thorndon, one of the older suburbs in the city - which I guess is ironic in a way as many of the early settlers (and Maori who lived in Wellington around this time)  are buried in the cemetery. 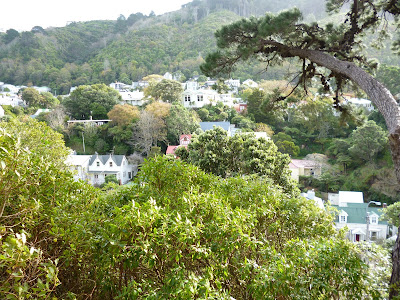 Another important figure in New Zealand history Samuel Parnell, his grave stone may be less impressive - but I'm pretty thankful for this guy - like it says below "father of the eight hour day". Thank you Mr Parnell. 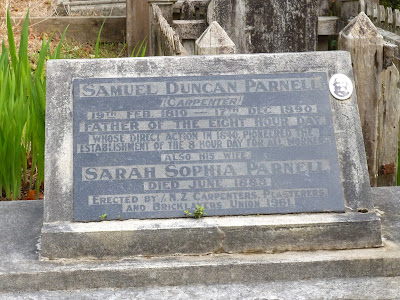 It may be a bit weird, or a bit creepy - or both weird and creepy....but I really love some of the elaborate headstones in this place. This one with the love hearts and tiles really appeals to me for some reason. 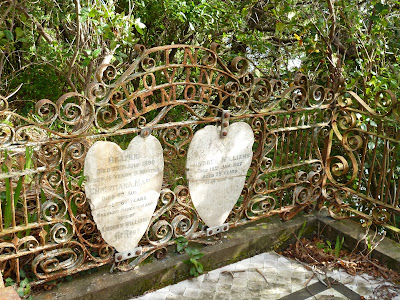 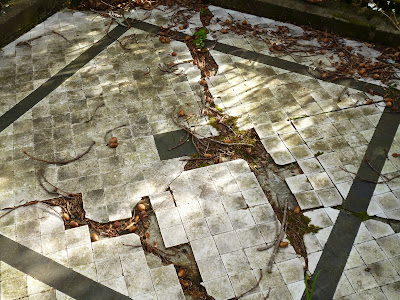 The cemetery has lots of different paths, some are a lot clear than others. Although we have lived here for over ten years now (yikes) we only recently explored a "new to us" path. 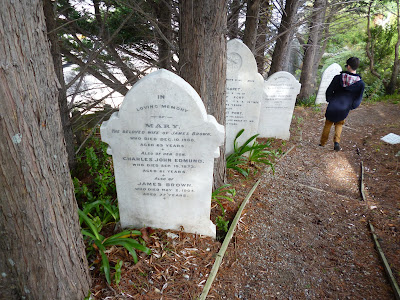 If you're thinking right now, those headstones are awfully close to those trees, that's pretty weird there is a good and pretty sad reason for that - in the 1970's the cemetery found itself in the way of a new motorway and the motorway won. Many of the graves from the original cemetery were dug up and the bodies were put in one big plot. The head stones wouldn't all fit around this one plot so they have been placed in various spots of the remaining cemetery. The whole thing make me incredibly sad if I think about it too much - the same thing would never happen today, but its pretty horrible nonetheless. 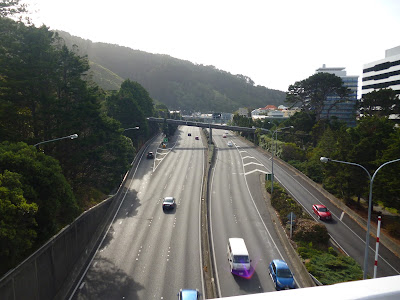 At the end of the path there is an area with a bunch more head stones - including this one, with its fancy tiling. 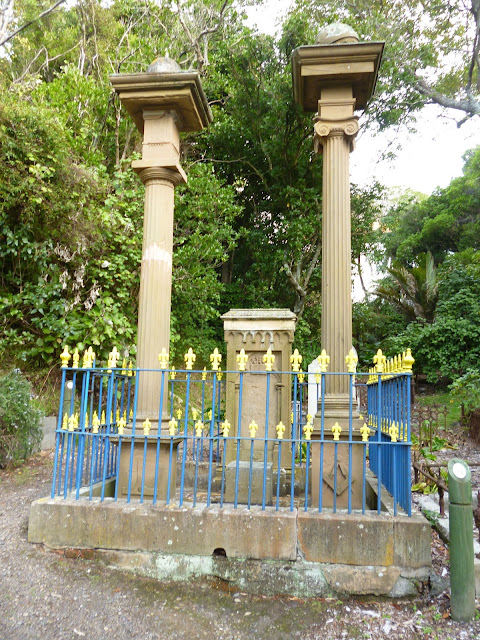 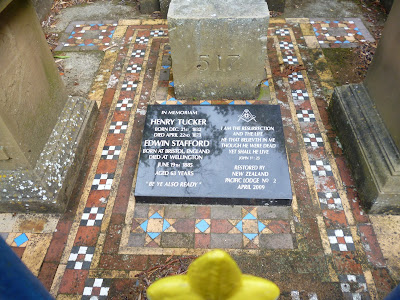 This area also had a view of the city, the tall buildings you can see are mostly government offices, hotels or apartments. 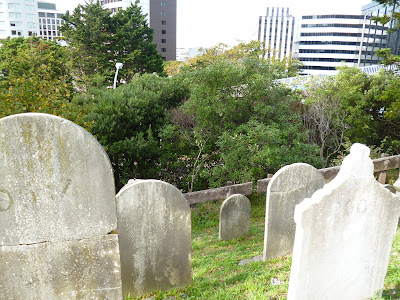 I will finish off with a few more random photos I took on the day of this walk - doe you have any favourite walking spots? 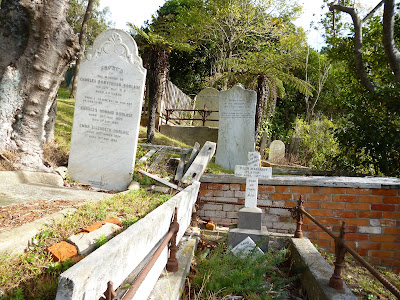 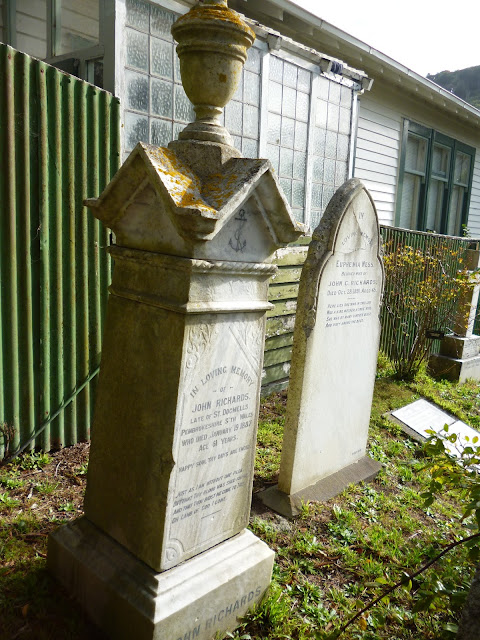 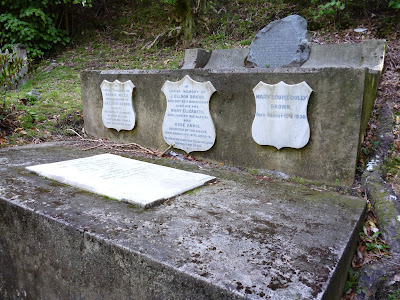 I love exploring cemeteries as well. The heart-shaped headstones are really lovely; I've never seen anything like them before. It's so sad that people will move people from their graves, just to build a road or a bunch of houses, and just bury them in mass graves like they're nothing. The thought of something like that ever happening to my family or friends makes me feel sick! Thank God it doesn't happen as often these days. xx

I used to sit in the cemetery and have lunch when I studied at Victoria Uni back in the day! You know, when we rode dinosaurs to school!